Lorenzo Abate has won Next Landmark 2019 with an ecological reconstruction project developed for Syria, as a post-war reconstruction that offers solutions to copy in other areas with the same water needs. The projects Shelter 1 by Emanuele Barili, Poroscity by Abhishek Rahate and Rural Shelter by Alejandra Osorio, received joint honourable mentions. 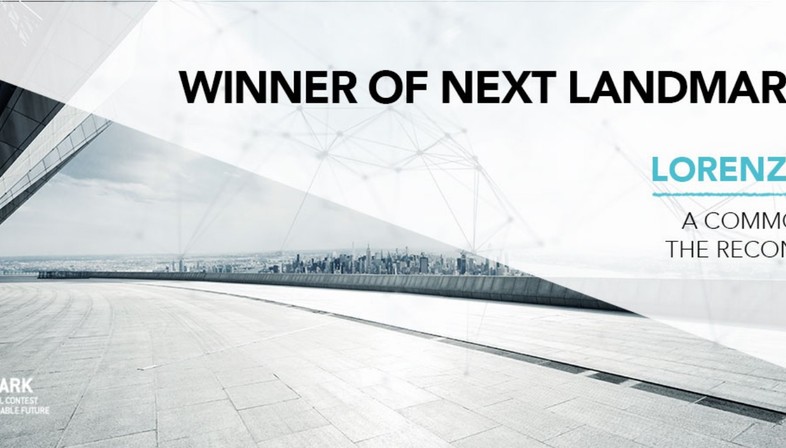 The eighth edition of Next Landmark, the international contest promoted by the architecture and design portal Floornature of the Iris Ceramica Group has ended.
The theme and title of the eighth edition of the contest, Pollution 2019: Architecture for a Sustainable Future, created a link with the event Pollution RefleAction, presented at Cersaie 2018 and organised by the Iris Ceramica Group with SOS School of Sustainability and Mario Cucinella Architects MC A. The prize for the young winner, Lorenzo Abate, is a year-long scholarship at SOS - School of Sustainability in Bologna, founded by architect Mario Cucinella and directed by Massimo Imparato. 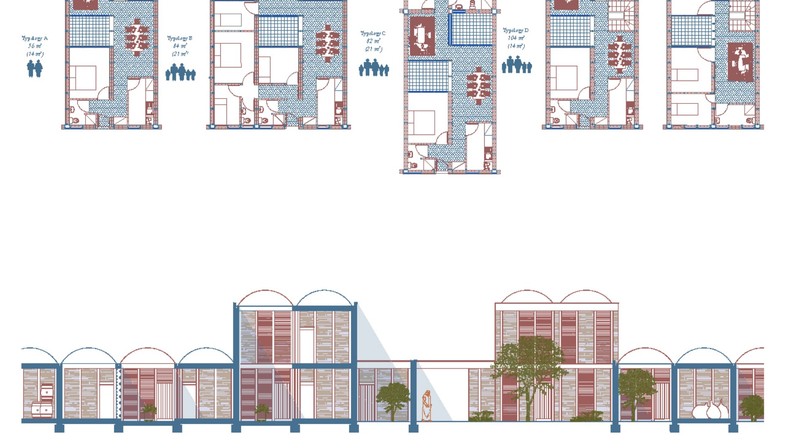 The winner of Next Landmark 2019 is “A Common Line For The Reconstruction” the thesis project by Lorenzo Abate chosen by the competition jury, made up of architects Mario Cucinella, MC A ARCHITECTS and Massimo Imparato respective founder and director of SOS - School of Sustainability, by architect Peter Di Sabatino associate professor at Milan Polytechnic, by Federica Minozzi, CEO of the Iris Ceramica Group, and by architect Paolo Schianchi, professor at the Salesian University Institute in Venice and editor of Floornature.
The project developed by Lorenzo Abate is a post-war ecological reconstruction for Syria. The element that most impressed the judges and the project's strong point is that the model can be repeated and applied to other areas with the same problems of access to a supply of drinking water. Water is a fundamental element of the project, considered both a vital resource and indispensable to life, for its importance in the development of urban settlements. The context of reference is a Syrian village in the Al-Hasaka region, an agricultural setting that uses rainwater and water extracted from underground with a precarious and obsolete system of water basins and diesel-powered pumps as its main water supply. Lorenzo Abate says that he first defined and built “a wall of infrastructure” to meet the need for water and energy. In the second phase of the project, he developed an urban building programme where water is channelled according to its use (potable or not) and then re-used, treated and/or channelled into drop irrigation systems for fields and agriculture. The project defines a common line for the whole territory, together with other individual and collective systems, for example photovoltaic systems and biogas systems that use the residue of crops and agriculture as fuel.
In their motivation for awarding the prize, the jury highlighted the fact that this project showed “a gratifying balance between innovation, environmental awareness and architectural quality ” and although it is a site-specific solution, it can be adapted and applied to other arid areas with no water supply. Together with the winner, the jury decided to award three joint honourable mentions to the projects Shelter 1 by Emanuele Barili - Italy, Poroscity by Abhishek Rahate – India, and to Rural Shelter by Alejandra Osorio – Colombia. 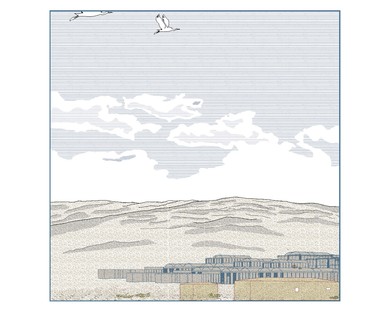 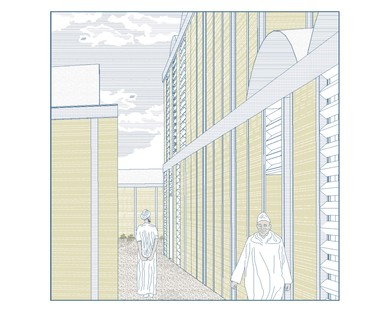 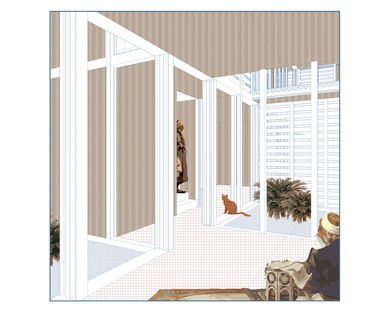 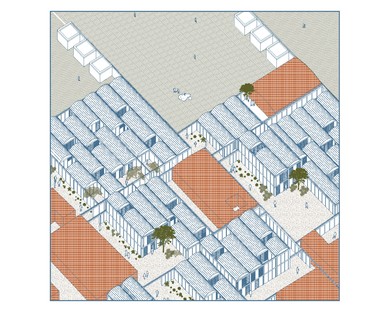 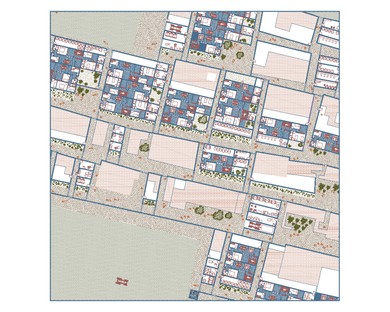 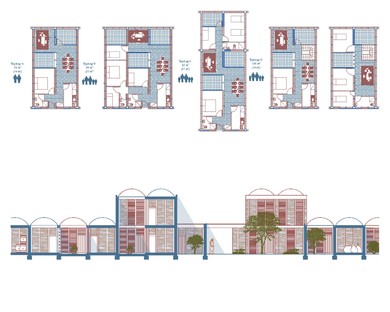 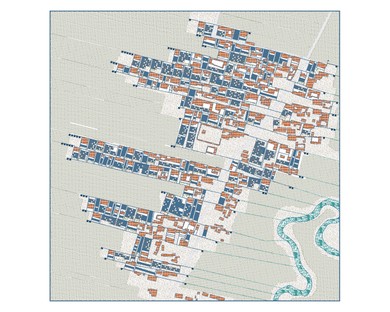 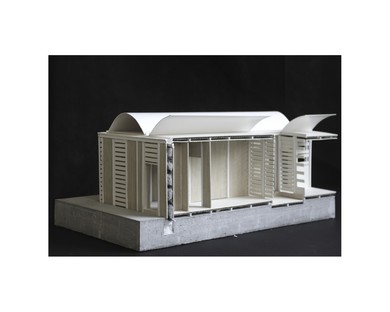 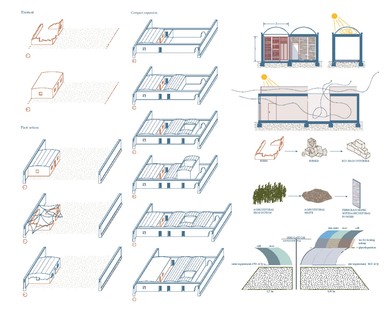 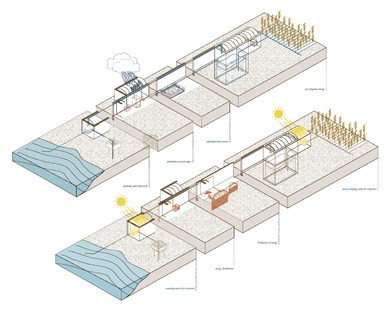