CHROFI Lune de Sang sheds in the forests of Australia

The Lune de Sang sheds are the first constructions in the Australian studio CHROFI’s project for Lune de Sang estate in Northern New South Wales (Australia). CHROFI is involved in the redevelopment of an area planted with forest, where architecture is based on the principle of permanence. 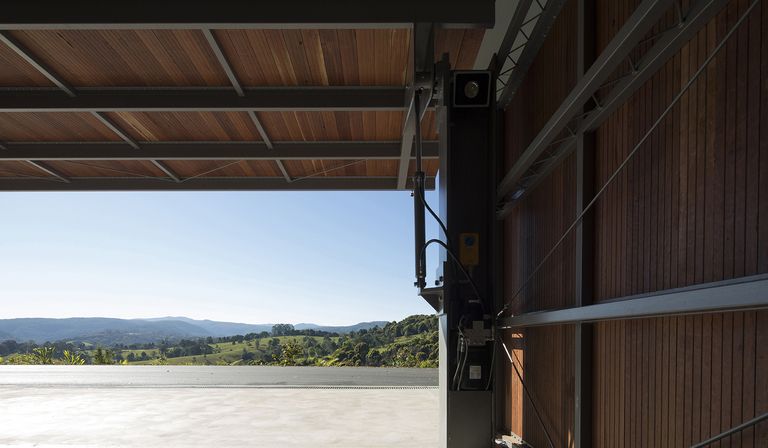 In Northern New South Wales, Australia, is an estate called Lune de Sang that was once home to a cheese dairy and has now been purchased by a private client in order to transform it into a forest. The project’s long-term perspective inspires the building designed by CHROFI, a guest house and service facilities on the Lune de Sang estate. The first buildings to be completed are two sheds on the road up to the home, functional structures designed as places of meditation and contemplation of the landscape.
In view of the fact that the deciduous trees planted in the forest will take 50 to 300 years to grow to maturity, CHROFI drew inspiration from the theme of time, defined as waiting and transformation on one hand and a search for permanence and solidity on the other. The apparent contradiction is resolved with massive shapes, concrete volumes whose imposing bulk matches the vastness of the estate. Both constructions rest against containing walls and face the valley.

In the first shed, a flat roof with concrete beams rests against a stone containing wall to the south and perpendicular pillars to the north, with the spaces between them closed over with glass doors. As seen from the outside, the heavy concrete roof appears to be supported by slender pillars following one closely upon another, like a hand clenched in a fist, forcefully holding onto the earth. The large sheltered area is completed with a workshop, a kitchen and a service area, and also has glass doors on the sides, forming a space that is never really closed but always open to contemplation of its natural surroundings.
The second shed on the road is a large platform roof interrupted by concrete girders 20 metres long resting on the slope of the land and the rocks: as the pillars sunk into the slope of the land to the south are invisible, the entire structure appears to be supported only by 5 slender central pillars, with an 11 metre overhang. The upward motion of the roof gives the entire shed great lightness and opens up the view of the forest below it, reminding us that architecture is also about views.

For storage purposes, pneumatically operated wooden doors have been added which permit the structure to be partially or totally closed, or, when completely open, to disappear, resting against the slope of the land or repeating the shape of the roof. The second shed is as extroverted as the first shed is introverted, but both are made out of the same concrete, which will be softened by time, so that one day they will be rediscovered with great wonder, surrounded by vegetation like ancient ruins. 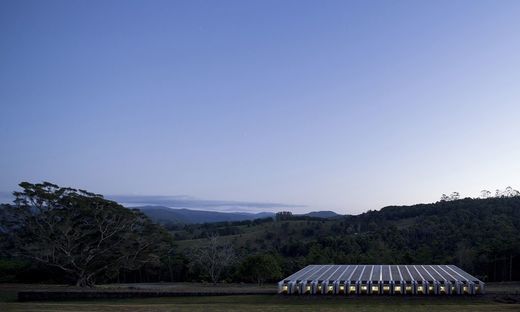 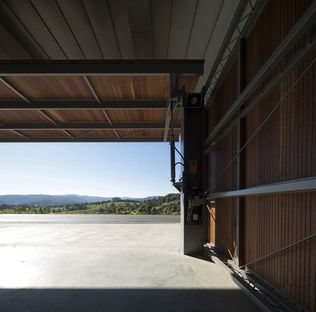 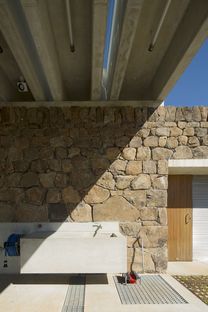 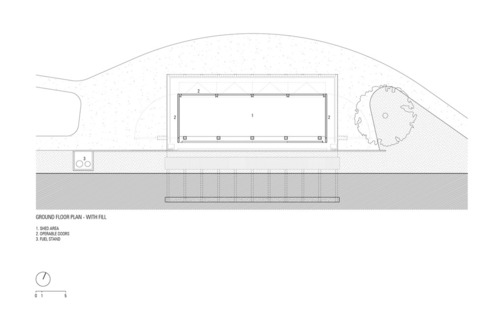 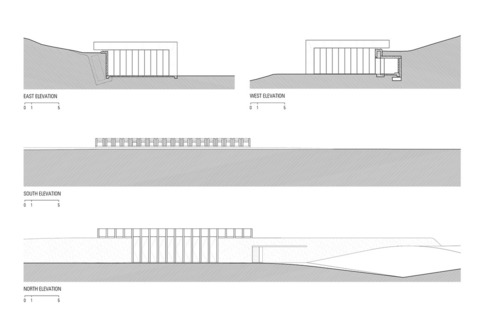 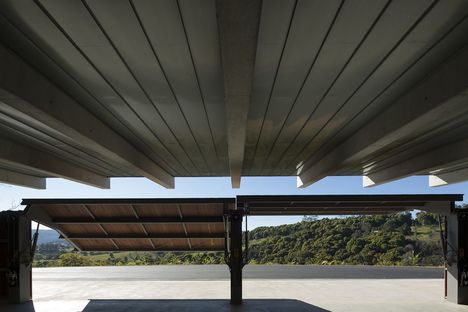 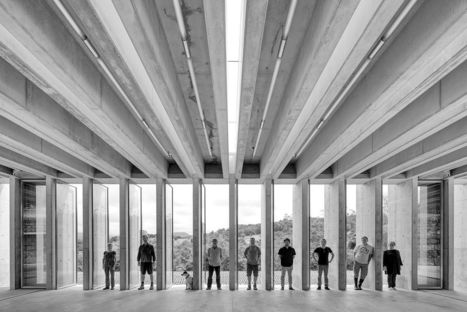 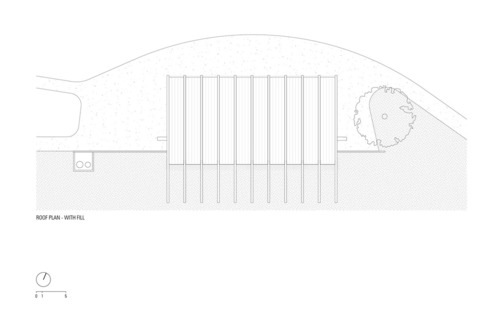 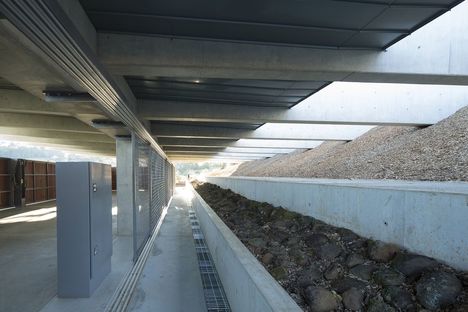 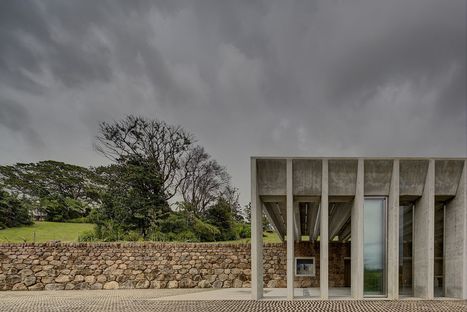 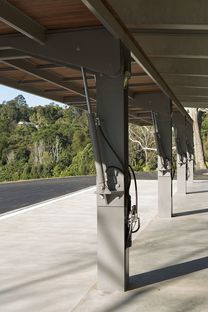 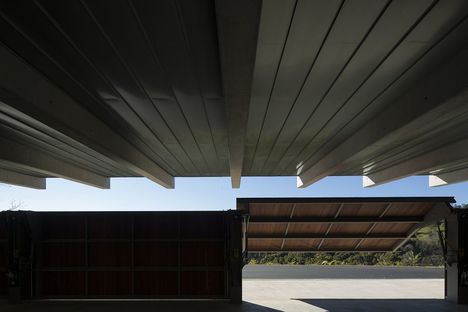 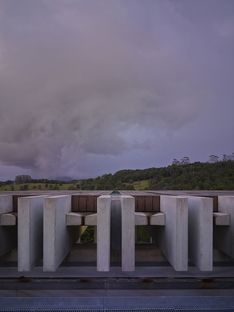 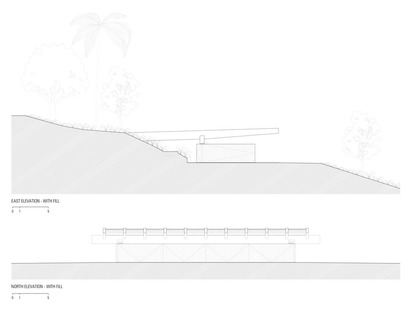 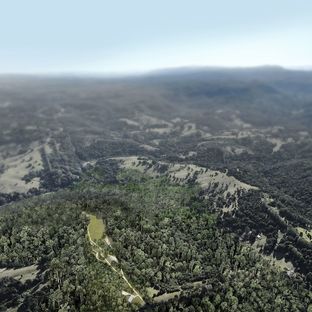 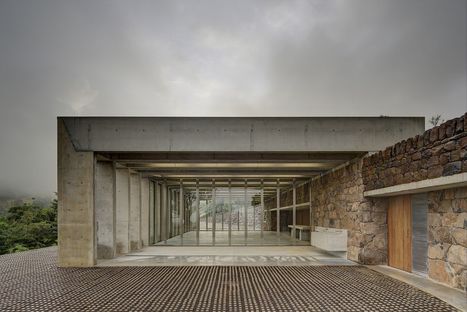 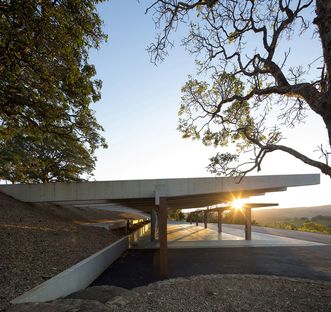 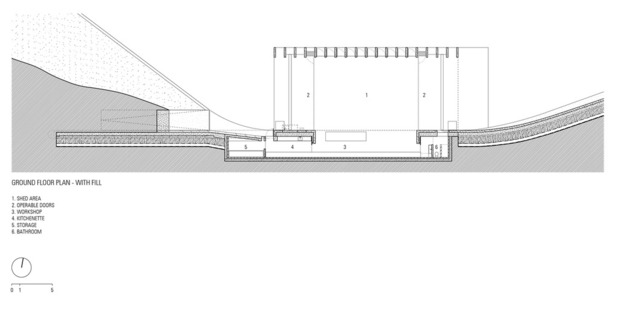 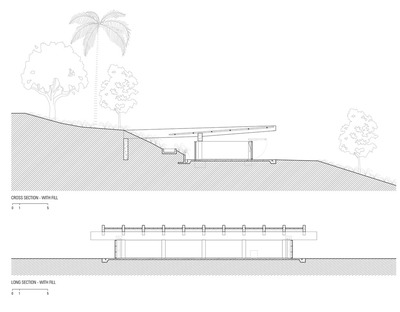 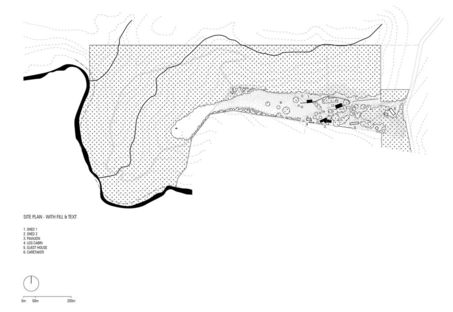 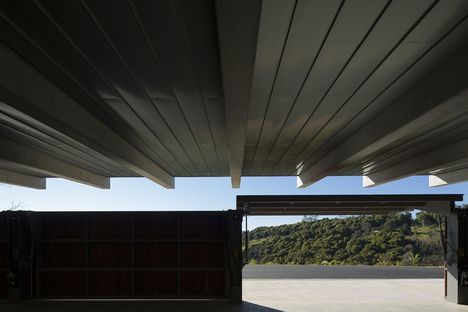 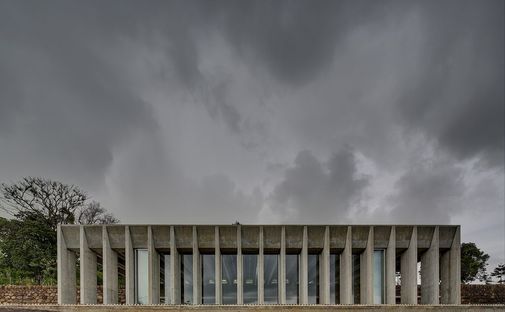 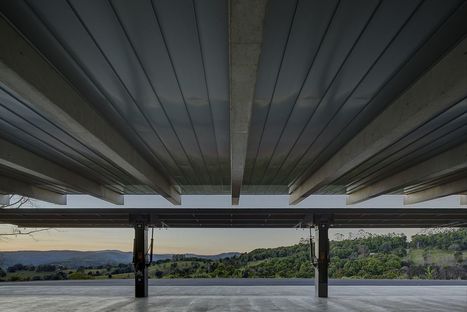