Batlle i Roig worked from 2003 to redevelop the waste landfill site in the Vall d'en Joan, in the El Garraf Nature Reserve to the North-East of Barcelona. In Batlle i Roig’s project the artificial orography combines with the natural landscape to create a public park. 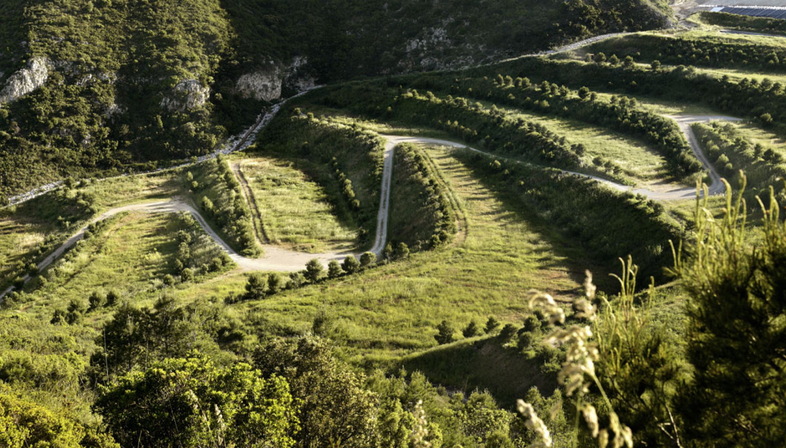 Landscape Restoration is the English term that defines the complex work on several levels designed by the Catalan studio Batlle i Roig, on a waste landfill site in the Vall d'en Joan, Barcelona. The landscape restoration carried out by Enric Batlle and Joan Roig involved a series of different but integrated actions on a waste landfill site North-East of the city of Barcelona, transforming its essence as a dump into an open space to visit, full of natural importance.
The Vall d'en Joan landfill site was opened in 1974 in a valley in the limestone massif of the Garraf and since then, for around thirty years, it served the city of Barcelona and surrounding municipalities, reaching a depth of around 70 metres. The decision was made to redevelop the site in 2002, which in the meantime had been incorporated into the Garraf Nature Reserve. The Garraf Park, a famous national tourist destination, is located on 12,000 hectares of limestone terrain, with dry stone walls, white rock and typical Mediterranean vegetation, full of different flora and fauna. Its special nature attracts many visitors who can experience, for example, the sensory path for the blind, who through smell and hearing can discover the park in an alternative way. Numerous paths lead to an exploration of the woods and to contemplation of the cliffs and deep gorges. Visitors can enjoy caving, trekking, walking and mountain biking.


Due to the wealth of nature available to everyone, the Metropolitan Area of Barcelona (AMB) also decided to redevelop and valorise the little area of the Vall d'en Joan near the Park, through restoration work that would mean no further damage to the balance of the existing ecosystem.
Enric Batlle says that the studio initially looked at the project on two different levels: on one hand it had to deal with the technical problems caused by an abandoned landfill site, and on the other it worked to restore the lost landscape and its importance.
The urgent task of isolating waste and consolidating the terrain was achieved by designing a series of terraces, embankments, pathways and irrigation canals that combine cultivations, woodland areas, native plants and specific plantations to consolidate the terrain. The studio decided to create a system of terraces and a path running through them to rationally resolve all the technical problems. The choice of terraces reduced the slope of the terrains, helping to stop erosion and collecting rainwater for irrigation. There was little infiltration, reducing the need to treat the leachate by using barriers and strapping. The biogas extraction network that is part of the site meets the annual need for electricity for over 10,000 people.
The agricultural system introduced becomes a landscape in itself, a logical system for restoring life to a place that had lost it. Changing the topography to form terraces and collecting rainwater for irrigation, planting scrub vegetation and growing native plants and herbs, speeds up the process of restoring the original landscape. Choosing local rustic species that require minimal irrigation and are already suitable for the environment (like burdock, aromatic plants or Mediterranean scrubland) means that the park grows spontaneously.
At this point, Enric Batlle says that they thought of introducing a third level to the project, by imagining that this could become a place to visit, a space of public interest linked to the Garraf Nature Reserve via paths. They therefore designed an exploration route that also included a car park and restored an old building as an information centre. Blocks of waste enclosed by metal grilles, which vegetation has today partially covered, were built outside the park, to recall the area’s previous use and to structure a sequence of viewpoints over the valley and towards the city. These are symbols of the place’s complex history, which was once natural, became a disused waste site and now, thanks to this agricultural park, has returned to nature.
Batlle i Roig’s project employs strategic creativity inspired by the natural orography of the terraces and the agricultural park, to combine the artificial elements and give the city a new, symbolic, gateway. 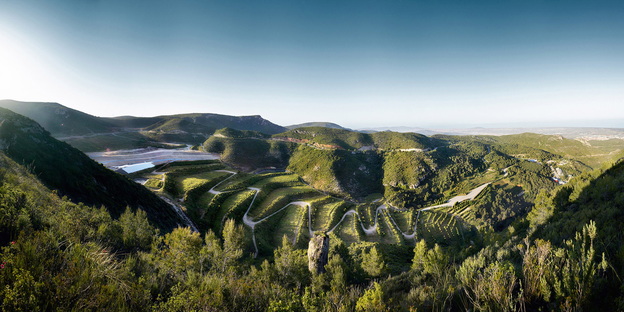 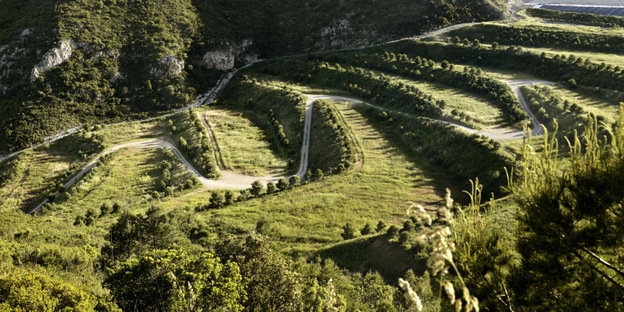 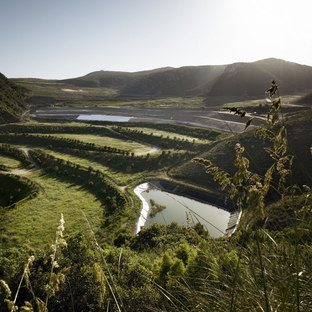 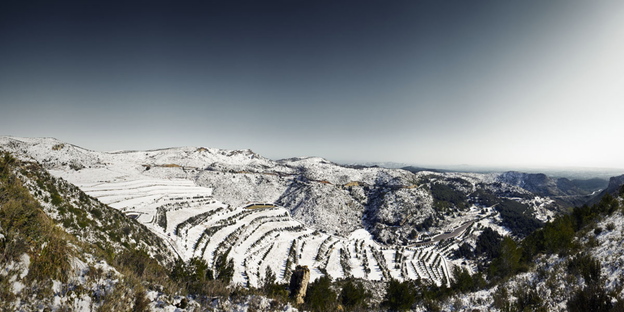 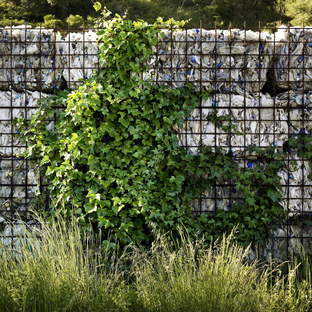 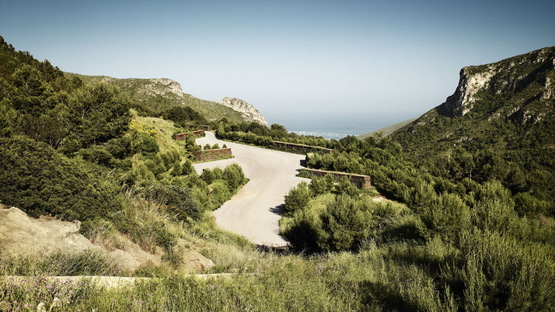 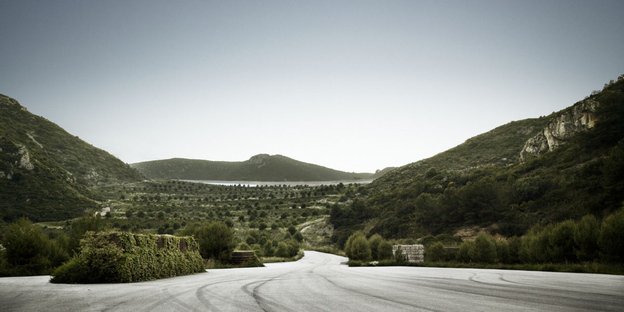 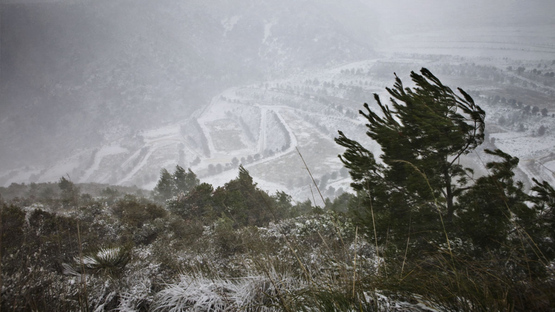 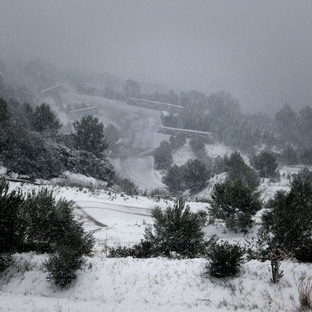 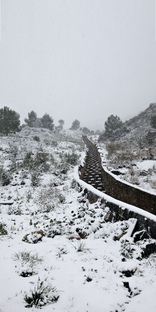 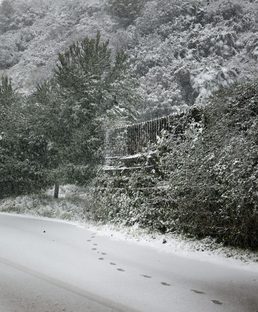 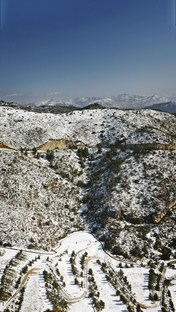 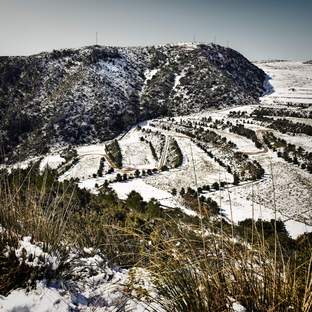 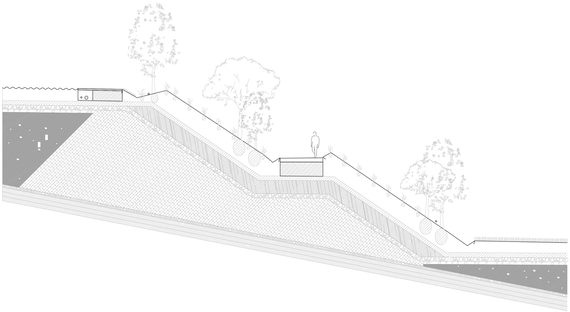 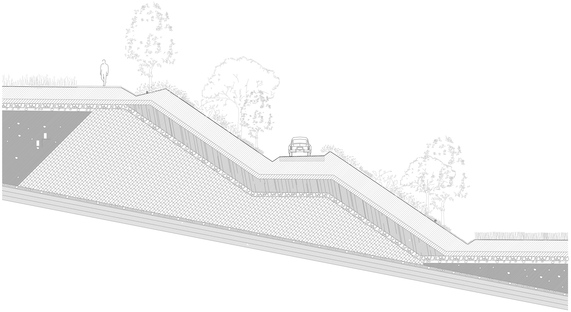 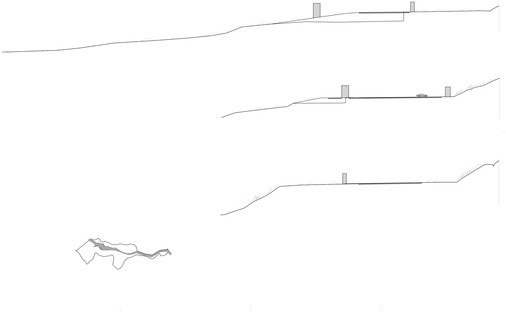 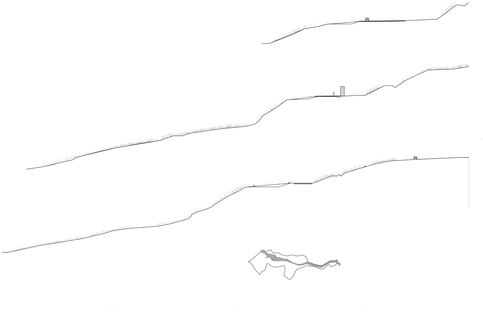 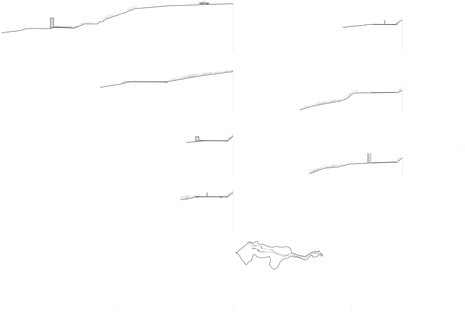 Batlle i Roig: Can Bisa cultural centre and new homes