Thanks to an event, The Sun Machine is Coming Down, the International Congress Centrum Berlin (ICC), which has been closed for several years, is brought back to the centre of public interest with performances, art, music, films and installations. The Berliner Festspiele's 70th anniversary initiative runs from 7 to 17 October and provides an opportunity to explore the architectural icon, the fate of which is still uncertain. 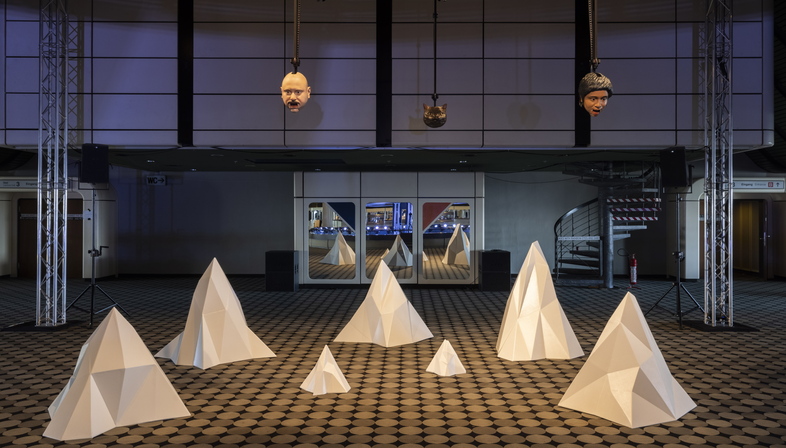 The International Congress Centrum in Berlin (ICC)has an eventful history. It was the result of a competition held in 1965 to build a multifunctional space on the grounds of the West Berlin Trade Fair and was won in 1965 by the young architectural duo Ralf Schüler and Ursulina Schüler-Witte. During the course of the work, the specifications changed several times, and when work began ten years later, in 1975, the modest venue had become the largest and most expensive German building project since the Second World War. But it is also considered, even today, to be the prototype of a modern conference centre, all with a truly important visual impact. Since the site is located on a traffic island between the motorway, Messedamm and Kantstraße, this gave the architects the idea of conceiving their building as a ship with several decks, as can be seen in the main façade, 320 metres long and 80 metres wide, with a glass deck.
It is Europe's largest conference centre with two large halls and around 80 smaller ones, yet today it is considered too small, too uneconomical in terms of room layout, too expensive in terms of operating costs, and is also contaminated with asbestos. After lengthy discussions on demolition and new construction, the ICC was to be completely renovated and cleared of asbestos in 2019. Since then, the ICC, which has been listed as an architectural monument since September 2019, has been awaiting the start of renovation and a decision on its future use. In the meantime, the Berliner Festspiele, celebrating its first 70 years as a cultural institution, has transformed the iconic architectural landmark into an artistic destination, albeit for a short time, from 7 to 17 October.
Where decay now dominates the building's presence, bodies, plants, sound, speech and movement are returning and promising light, space and transformation with the project named after a line from a David Bowie song "Memory Of A Free Festival" (1969). The organisers say: “At the beginning, there was the desire to make the ICC, which is like a spaceship stranded and floating through time while running on emergency power, able to be experienced as a vessel to other worlds and species.
. Like David Bowie, who was living in Berlin when the ICC was built, the initiative celebrates the art of transformation. At the time of its inauguration in 1979, ten years had already passed since his lyrics “The Sun Machine is coming down. And we’re gonna have a party." Today, these lyrics, after 20 months of the pandemic, have a very special significance, both in terms of the hoped-for return to physical proximity, and for the future of the building itself.
While we wait for decisions on what will become of the ICC, we can freely enjoy the impressive architecture. As the organisers say, a visit to “The Sun Machine is Coming Down” lasts about 3.5 hours and allows you not only to explore the futuristic 1979 structure, but also to enjoy many temporary events such as performances, concerts, film screenings and lectures, as well as permanent works, installations and projections that can be seen in the Loop. Further details on the works and artists involved can be found on the dedicated website. 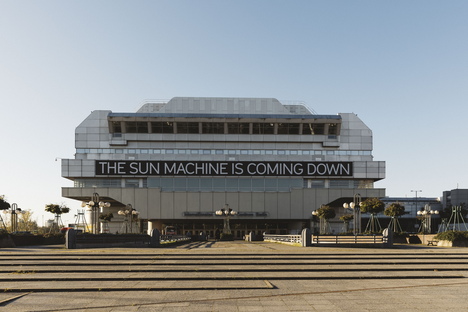 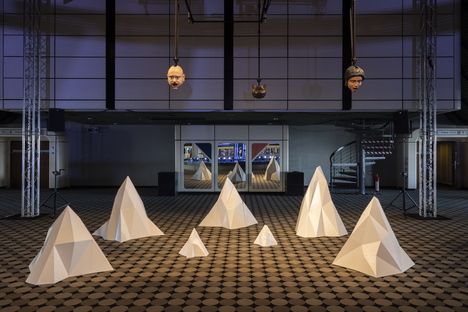 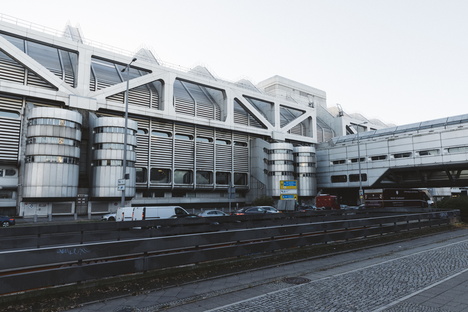 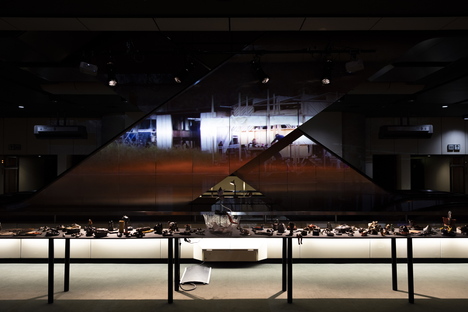 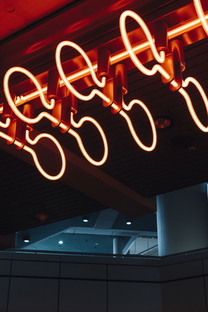 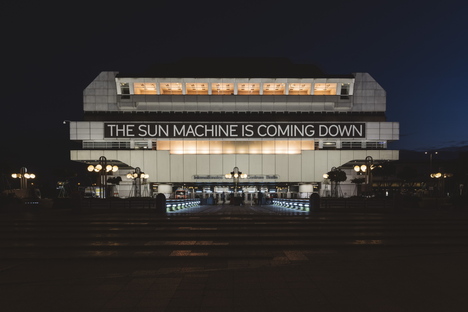 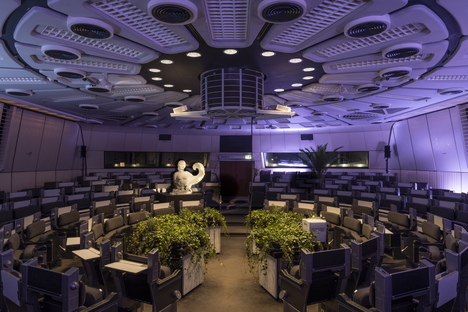 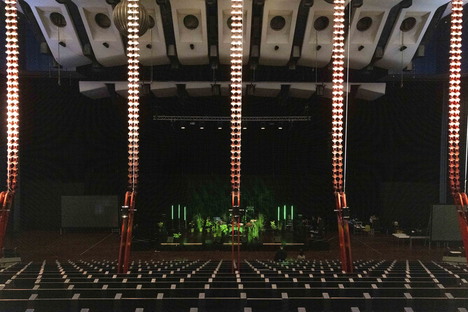