With the new Sun City Kobe Tower in Kobe, Japan, Richard Beard Architects addresses the subject of homes for seniors using the harmonious relationship with the landscape to create an oasis of serenity.

With the new Sun City Kobe Tower in Kobe, Japan, Richard Beard Architects addresses the subject of homes for seniors using the harmonious relationship with the landscape to create an oasis of serenity.


Live longer, live better and also consider assistance and care. This is the concept of many retirement villages and homes that provide independent units and healthcare facilities so that we can be dignified in our old age and not have to depend on our families who often far from us.
The new Sun City Kobe Tower in Kobe, Japan by the US firm Richard Beard Architects, with interior design by BAMO Inc. and landscaping by SWA Group is a landmark project in this field. Not just because it’s a residential tower but also - and primarily - because of how it addresses the issue of quality of life, based on the visual and real connection with the natural context of the architecture.
With breathtaking views of Mt. Rokko to the north and a vast waterscape to the south, Kobe is in a unique geographical position. The 46,000-square-metre Sun City Kobe Tower complex is located one block from the Kobe Sea on a tree-lined boulevard that includes the Hyogo Prefectural Museum of Art. The attention to detail and the amenities together create a vibrant environment where residents can thrive.
In addition to the finely crafted interiors, the project by Richard Beard Architects focuses strongly on the orientation of the residents to nature, both through their active use of the green areas and through the framed views of the city, ocean or mountains from different parts of the tower.
Unlike many urban developments, the 35-storey, 483-unit Sun City Kobe Tower (plus 98 nursing units) is pulled to the northwest corner of the 12,000-square-metre site, instead of the centre of the property. The asymmetrical tower location allowed the team to develop a large, sun-filled central courtyard and a rich variety of perimeter gardens team that create a buffer from the adjoining streets. A series of low-scale pavilions here set up a pedestrian-friendly experience. The pavilions feature gently curving roofs clad in metal that create a modern sculptural feel and hint at more traditional Japanese building forms and the sea beyond. They accommodate common leisure areas.
The landscaping concept crafted by SWA Group is really powerful. It brings together elements of the city and the mountain. Indeed, the plants used in the green area are reminiscent of the vegetation on Mt. Rokko with deciduous trees and streams, while the artworks incorporated in the series of interconnected green courtyards refer to the famous Kobe Art Festival.
Knowing how important nature is for our physical and psychological welfare, particularly as we get older, the design seeks to create a living environment that represents a seamless merger of architecture, landscape and interior design, and that celebrates this unique city and environment.
This approach also won a series of awards for the project by Richard Beard Architects, including the 2018 AIA Design for Aging, Honor Award. 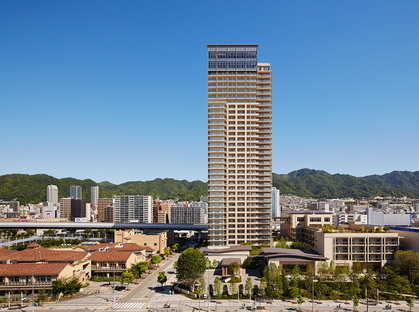 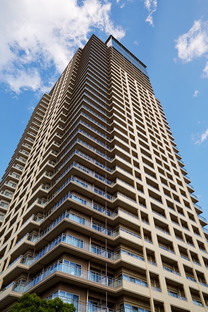 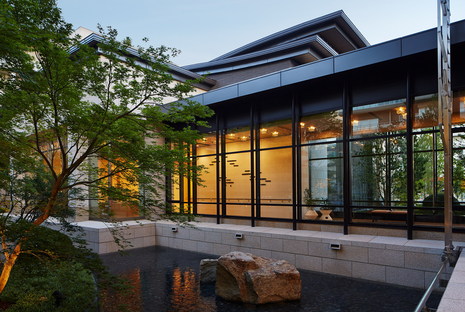 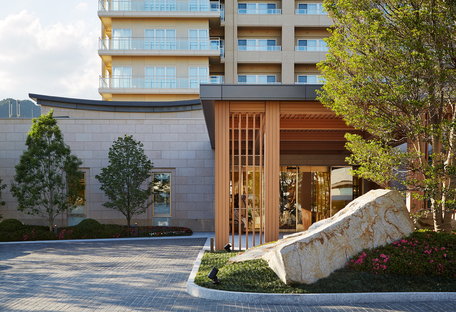 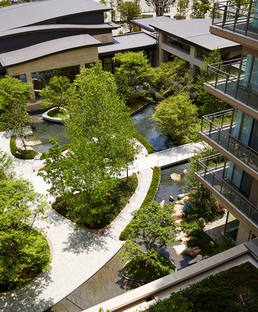 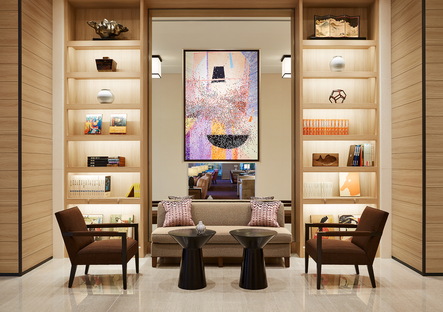 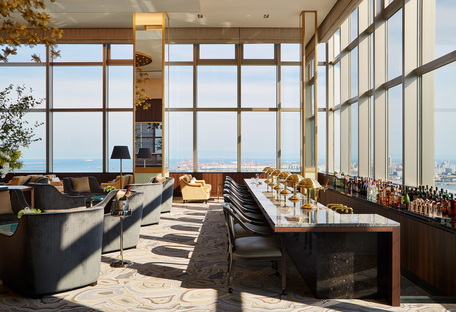 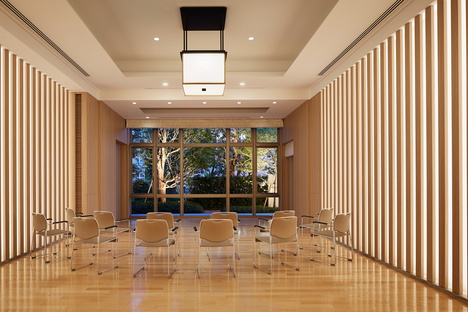 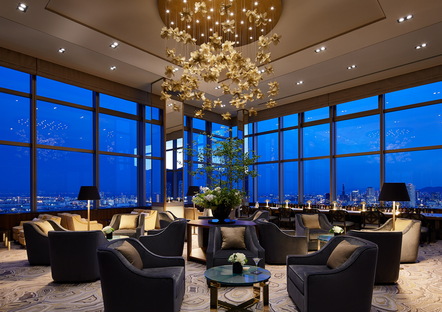 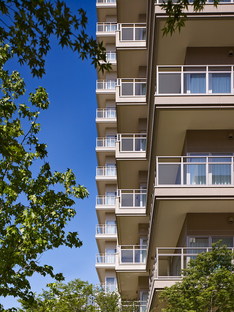 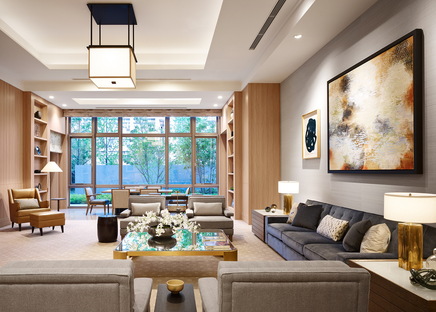