San Francisco-based firm Richard Beard Architects has worked on a 19th-century building complex in the Napa Valley. After renovating the existing constructions, he incorporated a new volume into the complex dedicated to wine tasting, with a design scheme that respects the stylistic features of the past whilst also offering an attractively human scale. 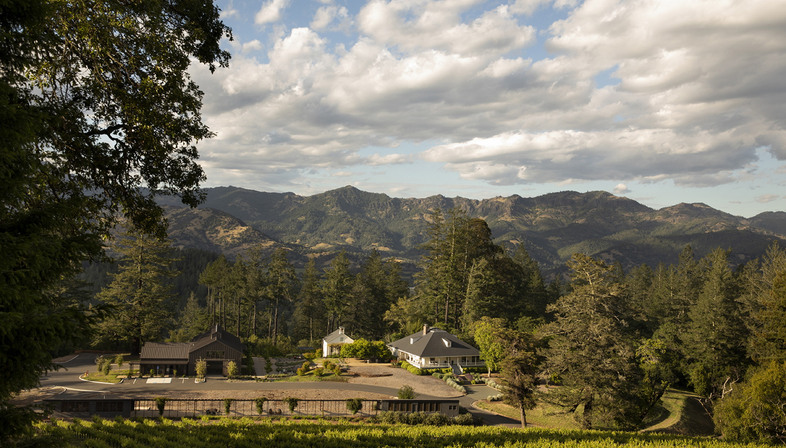 Theorem Winery is located west of central Calistoga, a city founded in 1859 at the northern tip of the Napa Valley, about 120km from San Francisco, just within the Diamond Mountain district viticultural area. The unique aspect of this winery lies not only in the relatively small scale of its structures in an area where vast estates are the norm, but also in the fact that it was created in the image and with the elements of a group of buildings that date back to the late 1800s. It is a country retreat that was originally commissioned by Beverley Cole, founder of the University of California, as somewhere to escape from San Francisco’s ubiquitous fog.
The property includes a small school and a separate Greek revival cottage known as Cole House, which was restored and remodelled by Richard Beard Architects first, followed by the refurbishment of an adjacent guest cottage. Indeed, the eponymous Richard Beard himself says: "The first time I visited the site, I was immediately aware of its uniqueness... there’s the history of the place, which you can see as well as feel. The Cole House is significant not only historically, but also architecturally. Related agricultural buildings also date from the 19th century – all a reminder of the area’s rich agrarian traditions.". The design for the new winery was crafted specifically to complement this restored historic buildings, and was inspired in terms of both form and materials by the agricultural buildings found on the site and in the region.
The architects have incorporated a new two-storey volume with an overall surface area of 833 square metres - fully equipped for the winery’s state-of-the-art winemaking process - which blends seamlessly into the landscape, largely overshadowed by the view of Mount St. Helena to the north and the vineyards to the south. Beard designed the winery with a great deal of input from Theorem Vineyards’ winemaker, Thomas Rivers Brown.
During the design process, meticulous attention was also paid to crafting the visitor experience, with the careful modulation of the natural light preparing guests for their tasting tour: starting from the welcome area, they are led through the high-ceilinged fermentation room, flooded with light thanks to its large, steel-framed glass doors and windows which invite to a dialogue with the surroundings, before eventually reaching the underground barrel room, with its exposed concrete walls offering the cool, constant temperature that wine requires to mature. The tasting experience begins here. The ground floor can be adapted to meet different needs thanks to its large sliding barn doors made from solid oak. The barrel storage room, meanwhile, is underground.
As far as the interior design is concerned, nothing has been left to chance: carefully-selected works of art, artefacts and tasteful furnishings enhance the experience of the winery, whilst the outdoor seating areas are an irresistible invitation to pause and enjoy the space. Richard Beard Architects’ work at Theorem Winery is a virtuous example of how to create a technical building without ever disregarding the history behind it or its natural environment. The result is a piece of architecture that is at once welcoming, sustainable and functional. 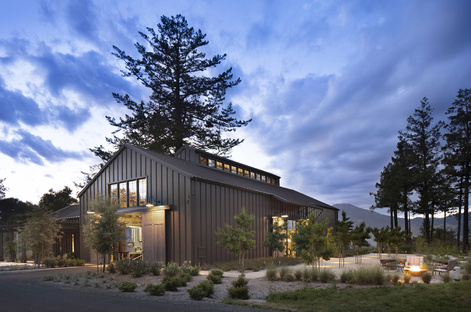 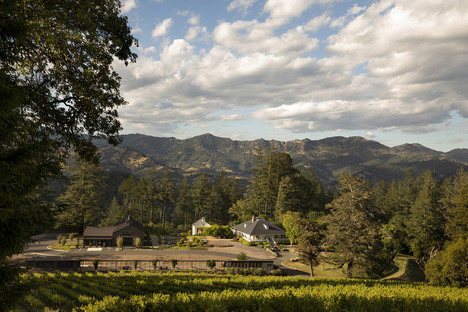 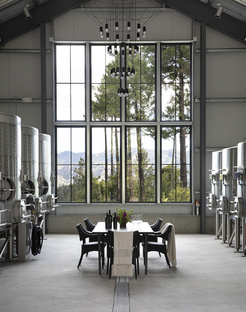 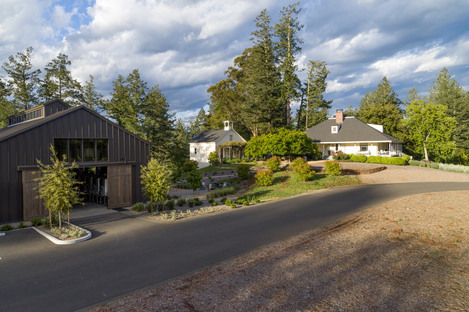 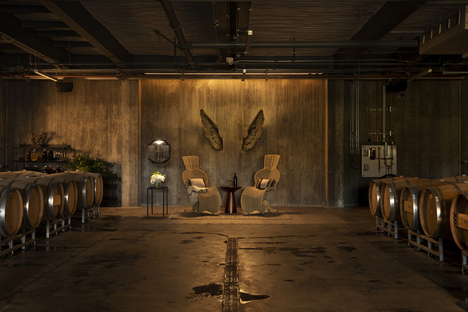 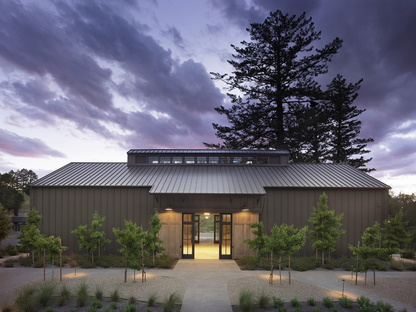 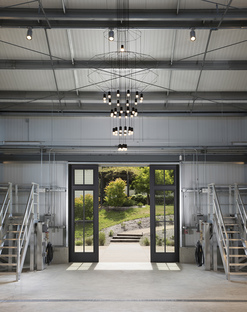 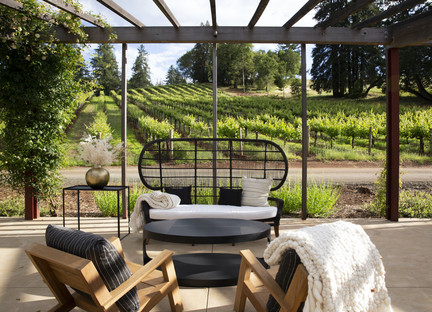 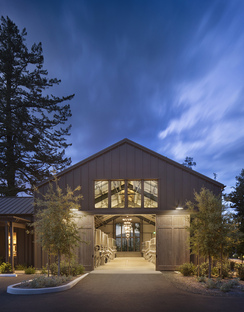 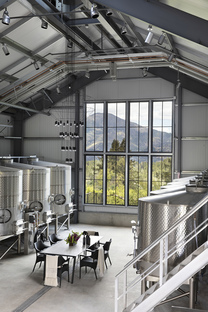 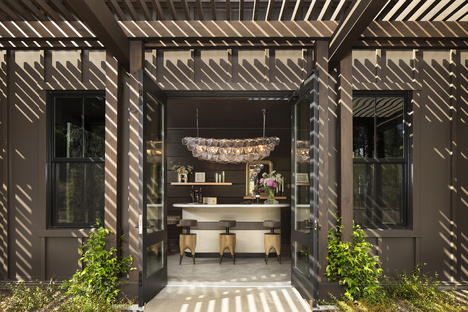 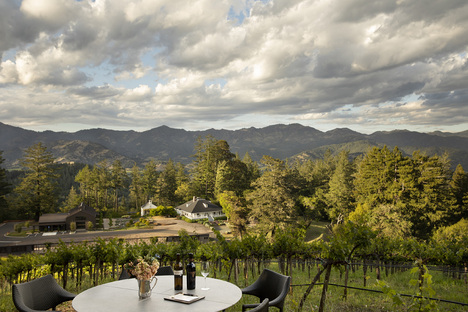 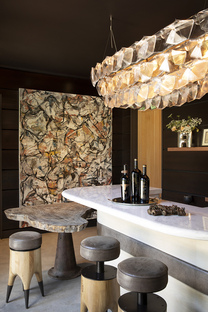 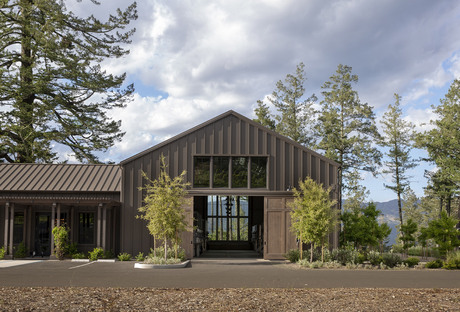 The Meadow Home by Feldman Architecture