The sixth edition of Passages Insolites in Quebec

Passages Insolites is a 4 km public art circuit in the historic Petit Champlain and Saint-Roch districts of Quebec, Canada. This is the sixth edition of the event that brings together 14 artworks crafted by 40 local and international artists and architecture collectives whose work plays on the idea of “unusual passages”. 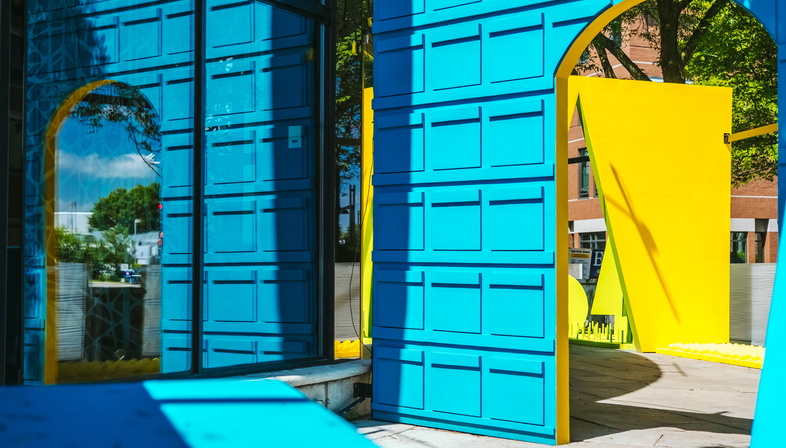 Now an annual tradition and signature Québec City event, Passages Insolites is beginning to gain attention as one Canada’s largest ephemeral public art circuits. Conceived and produced by EXMURO arts publics, curated by Vincent Roy, and presented by the Ville de Québec, the circuit is an unparalleled showcase for artists and architects from Québec and around the world. Sometimes flamboyant, sometimes introspective, always surprising, these works together present a deeply contemporary take on the urban space they inhabit.
The event, running from 20 June to 14 October 2019 brings together 14 artworks crafted by 40 local and international artists and architecture collectives in a 4 km public art circuit in the historic Petit Champlain and Saint-Roch districts. These artworks play on the idea of “unusual passages” by putting unexpected elements in the pathways we normally take for granted, raising meaningful questions about social issues and the world around us.
Here is a detailed look at some of the artworks of Passages Insolites. The Portal by BGL collective formed of Jasmin Bilodeau, Sébastien Giguère is a metal gate constructed from security fences. It marks a fictitious border and the openings look as though they have been forced. This barrier appears austere and intimidating, but a closer look reveals handcrafted ornamentation, which makes its presence less intimidating while sowing doubt about its true function. BGL has created an ambiguous work exploring the precarious balance between the need for control and freedom, between following the rules and letting loose.
Echo by Jeffrey Poirier is instead a giant sphere. Is it rolling down the alley, or purposely blocking it? Its shape confronts the straight vertical lines of the surrounding buildings, despite the illusion that all are made of the same material, brick. A form that questions the traditional, culturally determined ways of looking at our material heritage.
Interior with Amenities, the project by Olivier Moisan Dufour won the 2019 Passages Insolites competition, organized in collaboration with the Université Laval faculty of art and GM Développement. This artwork reconstructs an improbable dwelling formed by gathering and assembling large quantities of boards recovered from wooden pallets. Presented in a large display window, Interior with Amenities evokes paradoxes: the space is habitable but inaccessible, occupied but not functional, private yet continually exposed to anyone who looks. The artist deliberately distorts perspectives while examining issues around the urban habitat and its precariousness.
Our favourite project? On Equal Footing by Guillaume La Brie. The artist has always been interested in issues surrounding how visual art is presented and for his installation, he placed unremarkable features of the public space - street furniture, like public benches, rubbish bins, onto massive plinths arranged at the same level to obviate all hierarchy. This action raises these common objects to the level of a monument, something exceptional and memorable, forcing us to think about what is really important in a city and confront the way we consciously and unconsciously classify the objects all around us. 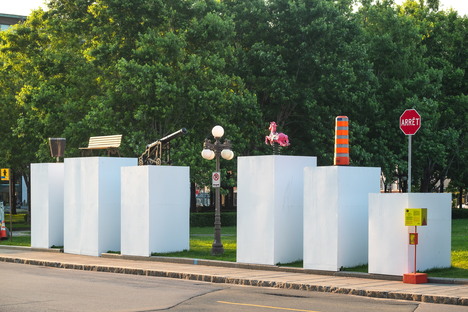 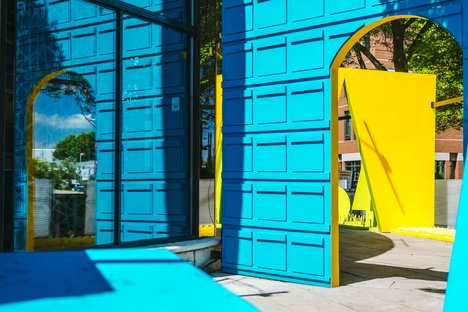 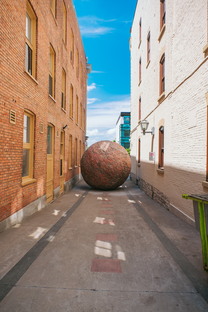 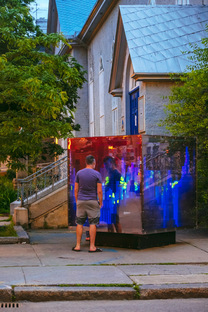 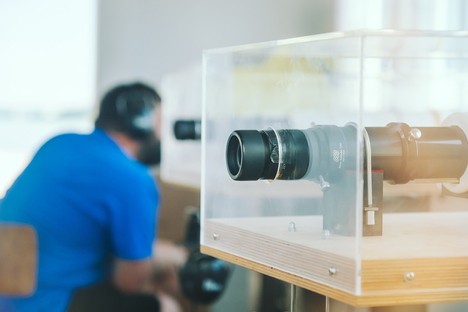 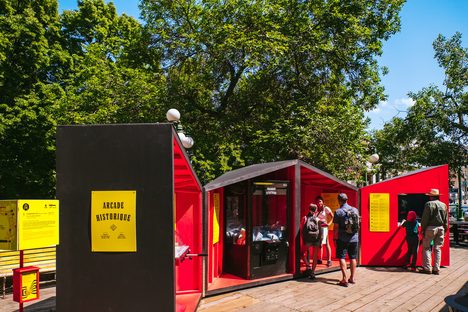 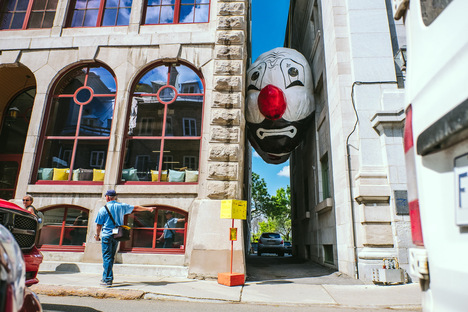 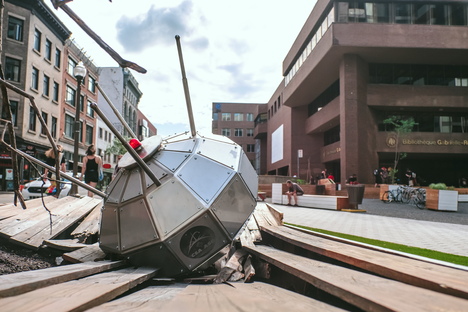 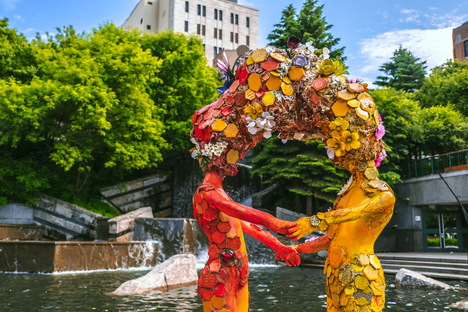 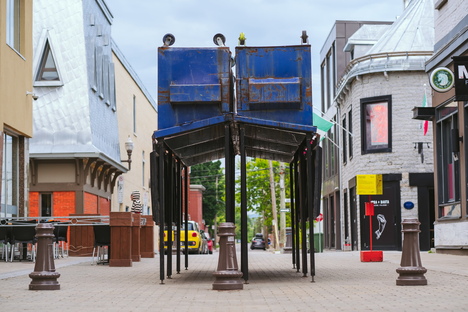 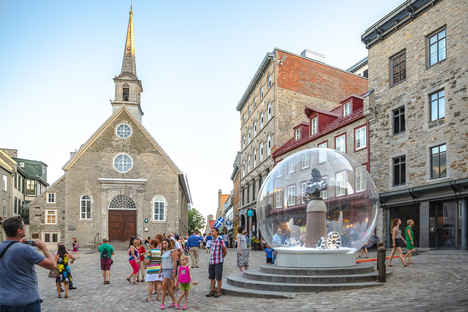 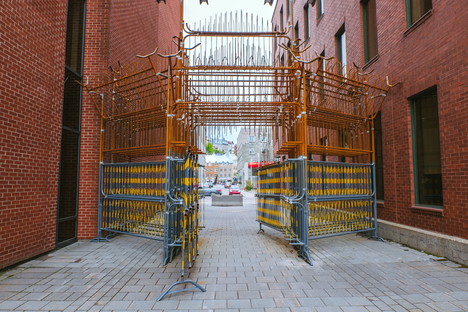 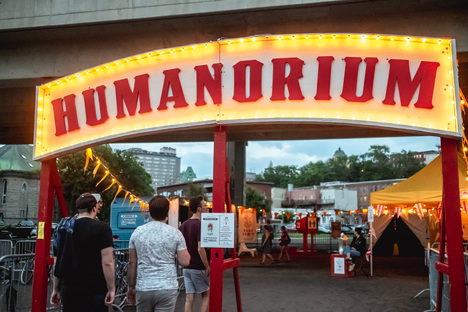