As part of a workshop with students from Escuela Profesional de Arquitectura (USMP) Filial Norte and the Museum of the Tucume archaeological site, Norwegian architect Hans-Petter Bjørnådal and Ruth Elisabet Gomez Pastor crafted an eco-friendly temple in harmony with traditions and nature. 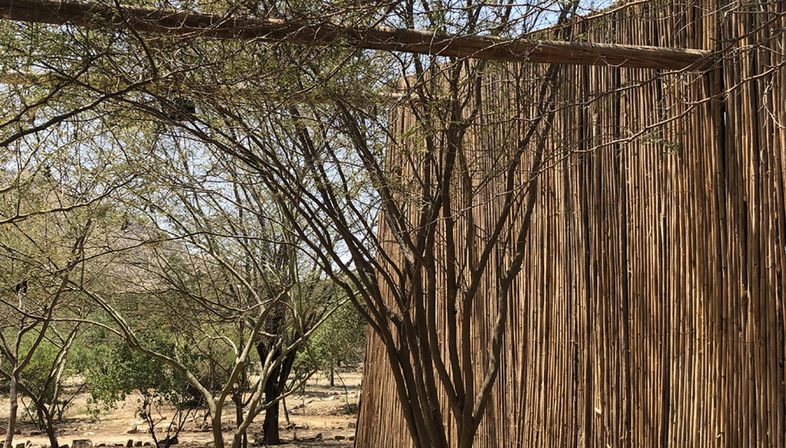 Hans-Petter Bjørnådal is a Norwegian architect and apart from architecture and scenography, his work focuses on research into nomadic cultures and on the connection between modern man and nature. For this reason, the study of ancient cultures is fundamental to his work, which often references traditions dating back thousands of years, as we have already seen here on Livegreenblog (link).
His latest work is in Peru: Sacred Space Tucume was an architecture workshop organised to explore pre-Hispanic architecture, eco-friendly construction methods and sacred spaces.
During the workshop, a collaborative project between Escuela Profesional de Arquitectura (USMP) Filial Norte, the Museum of the Tucume and Lambayeque archaeological site, and Bjørnådal Arkitektstudio, a temple was built on a historical site near the ancient pyramids of Tucume, Peru.
The workshop focused on research into the Mochica or Moche culture, a civilization in South America with cities, temples, canals and farms located along the arid coastline of a narrow strait between the Pacific Ocean and the Andes Mountains in northern Peru. The Mochica culture flourished from about 100 to 700 AD and is known for its ceramics as well as its architectural work, Huaca del Sol and Huaca de la Luna - temples to the sun and moon.
The site of the project, occupied by trees and surrounded by the reasons typical sandy desert is of historical value, being near the ancient pyramids of Tucume, not far from La Raja mountain, a sacred site for the pre-Hispanic cultures.  This is the position of Rais de Raja, the ecological temple built as part of the workshop.
The construction was completed using local building techniques and materials such as mud brick and “caña brava”, a local plant similar to sugarcane. These ancient materials - also used for the old pyramids - along with an understanding of the local climate have helped create a healthy, comfortable space.
La Raja is a temple organised around sacred principles passed down by the local priests and shamans. First of all, the participants completed the altar, where negative energy is dispersed and sacrificed to the sacred mountain of La Raja. A second altar is a place where you can pray for positive forces to enter into your life. The shaman is seated by the altar which houses sacred objects - including a stone taken from the holy mountain itself.
The temple has a direct view of the peak of the mountain, which has been considered sacred for thousands of years. A rammed earth wall creates a sheltered space for ceremonies while a natural roof of branches provides shade from the equatorial sun.
In this way a sacred space is created, a space that we can describe as timeless, due to both its construction methods and its value. A sanctuary where we can harmoniously reconnect with nature in peace and respect, an important message in this climate crisis era. 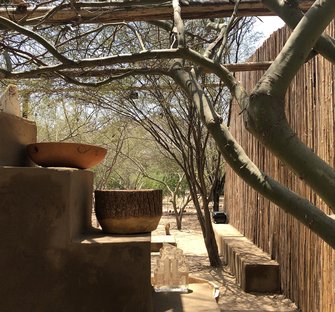 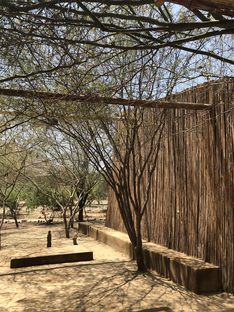 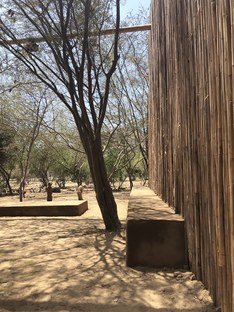 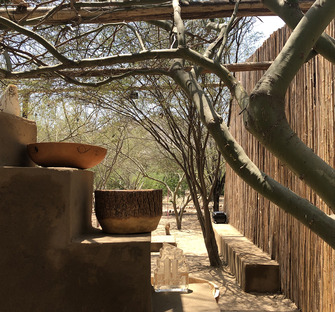 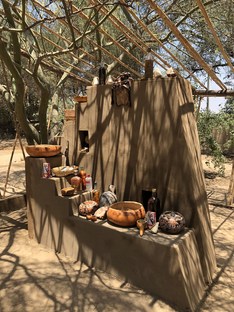