RAPPU by OWIU, a new venue in the historical fabric of Singapore

RAPPU, in Singapore’s lively Tanjong Pagar district, is the latest project by OWIU Studio. The venue is a new omakase sushi bar concept by The Feather Blade group. A project that rehabilitates the historic building and offers striking design worthy of the largest restaurant of its kind in Singapore. 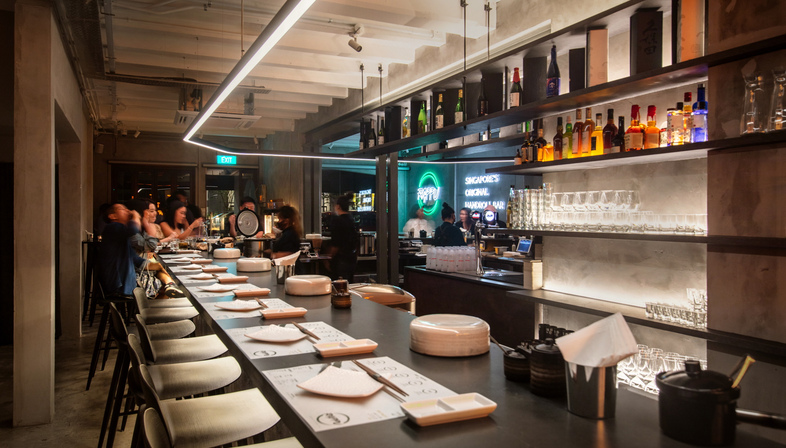 OWIU Studio, an abbreviation for The Only Way Is Up, is a full-service Architecture and Design office established by Amanda Gunawan and Joel Wong in 2017, in Los Angeles. A few days ago, the duo completed their latest interior design project, RAPPU, in Singapore’s lively Tanjong Pagar district, is a new, 36-seat omakase sushi bar concept by The Feather Blade group.
RAPPU is located on Singapore’s Duxton Road in Duxton Hill, which has recently gained a reputation as the Asian city-state neighbourhood with a bustling dining and bar scene. The venue is in a structure created from two old shophouses, and the project by OWIU Studio is based around the preservation of these shophouses. These buildings are generally two to three storeys high, with shops and storage areas on the ground floor and an apartment on top. They are narrow, small terraced houses, with a sheltered one-and-a-half-metre pedestrian way at the front. To preserve the charm of the heritage shophouse, OWIU Studio maintained the exposed timber ceiling beams and raw concrete flooring to still showcase the industrial-chic aesthetic of the original space while reimagining it as a chic restaurant. To unite the two shophouses, the architects created a six-meter-long opening through the load-bearing party wall and installing a new steel post and lintel system on a new foundation to support the structure. This enabled the creation of a venue that is the first of its kind in Singapore
The design of this new venue is based around the word “Omakase”, the Japanese word for “chef’s choice” and a common concept in traditional sushi bars, where you eat what the chef prepares behind a bar, under the watchful eyes of the customers, and serving their customers directly. This led to the ambitious idea to create the design concept for RAPPU’s dining bar, featuring a single continuous piece of quartz bar spanning nearly 20-metres long, and seating 36 diners. The result is a dramatic, ambitious open space, where a customised 20 metre-long-steel profile RGB LED light wraps the space above the counter, following the line of the bar. The light syncs with music and illuminates the venue with dynamic colour as the day progresses, standing by OWIU’s belief that in the importance of putting emphasis on the aesthetics and precision of form, to make every moment special.
The restaurant name - RAPPU - has two meanings: In Japanese, the term refers to the rap and hip-hop music coming from the state-of-the-art sound system across the restaurant. Another meaning of rappu is wrap, and hence, the RAPPU restaurant will offer “onigiris” and tea for breakfast, and seaweed tacos as an izakaya bar snack.
In addition to RAPPU’s interior architecture design, OWIU Studio assisted in the new restaurant’s overall branding, working closely with top Indonesian ceramicist Ayu Larasati on the design of the custom ceramics and other wares, complementing the project in full. 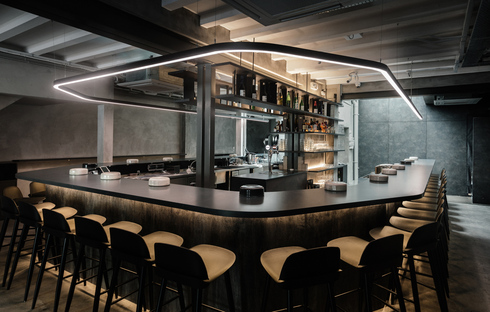 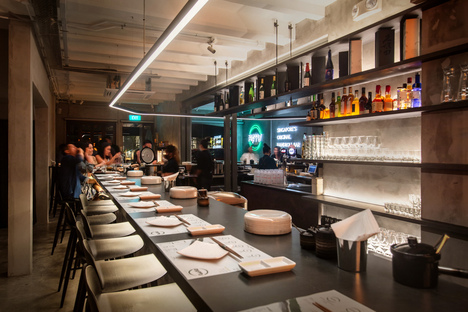 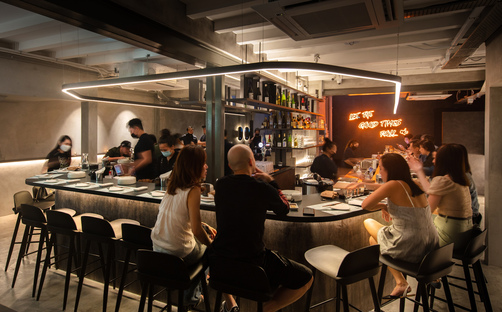 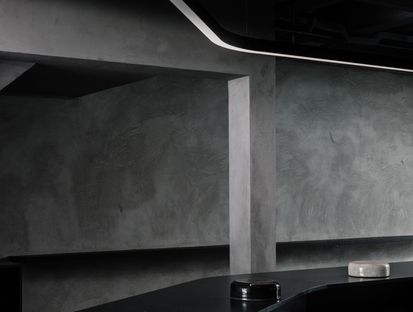 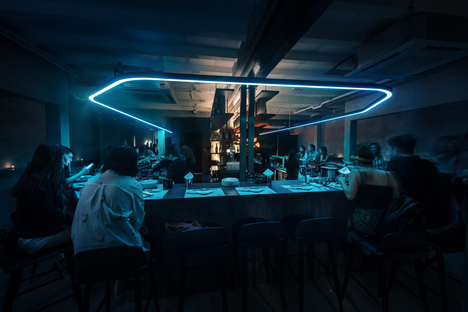 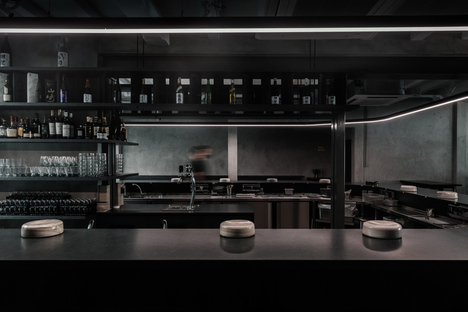 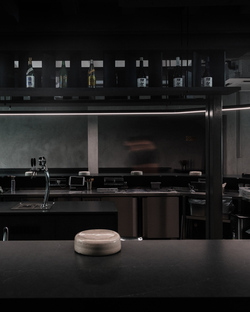