The Preservation League of New York State has selected the Bohlin Cywinski Jackson-designed Apple Store, Upper East Side, celebrating the rebirth of the U. 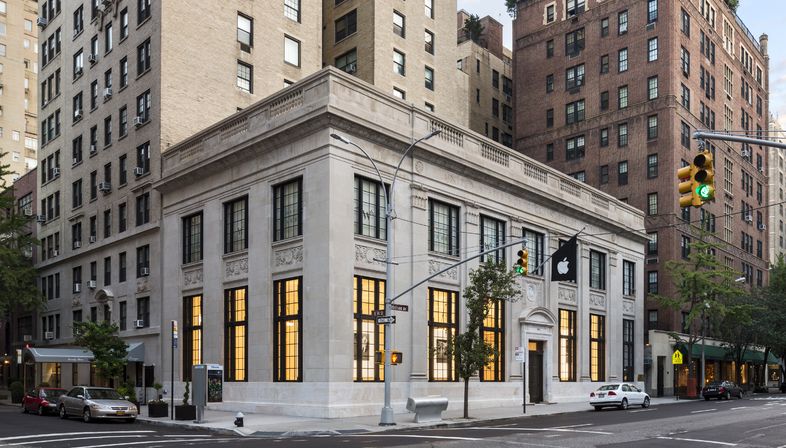 The Preservation League of New York State has selected the Bohlin Cywinski Jackson-designed Apple Store, Upper East Side, celebrating the rebirth of the U. S. Mortgage & Trust [building] in New York City. 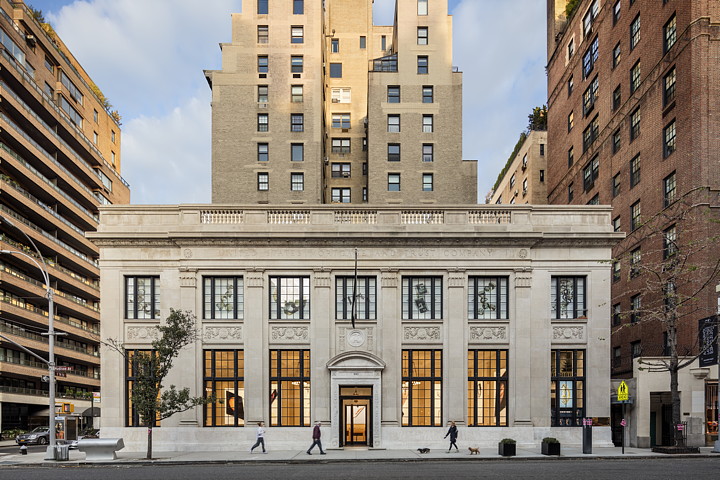 Recognising the essential role of preservation in community revitalization, sustainable economic growth, and the protection of historic buildings and landscapes. These are the goals of The Preservation League of New York State, which this year selected the Apple Store in Upper East Side, designed by California-based architecture practice Bohlin Cywinski Jackson as the recipient of its award, along with the United Nations Campus Headquarters Glazed Façades Replacement project by Heintges & Associates. 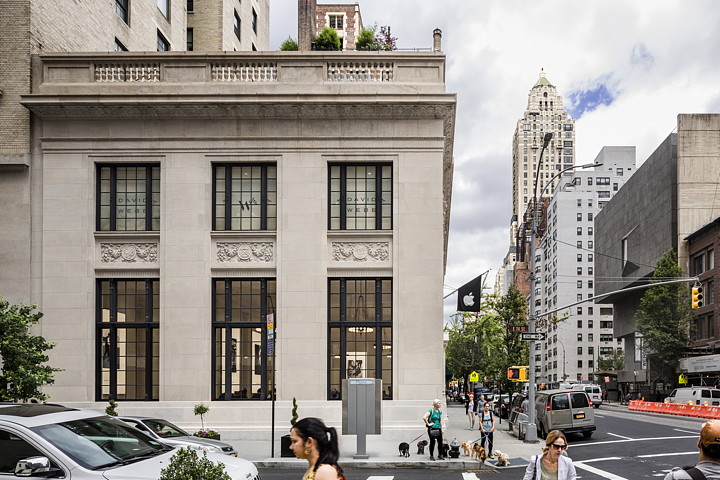 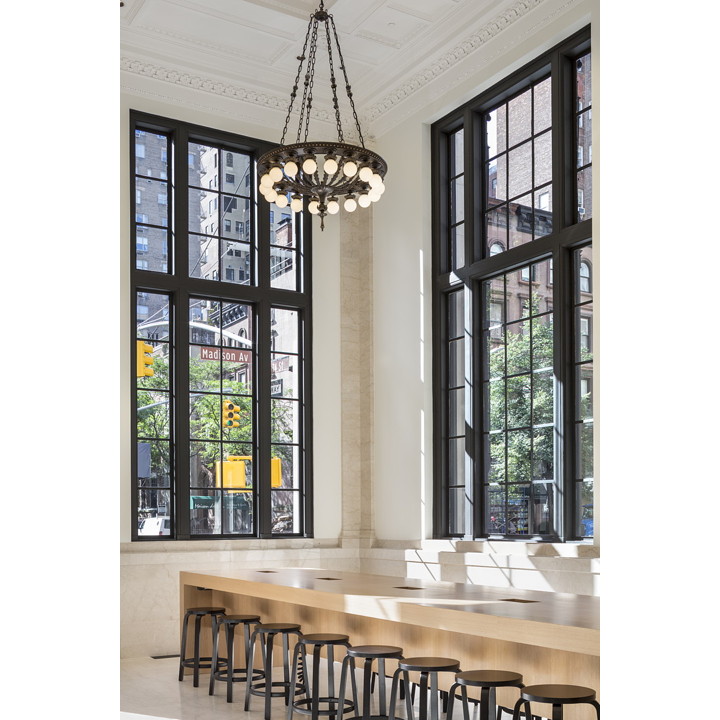 The U.S. Mortgage & Trust building was designed by US-architect Henry Otis Chapman in 1922. It is located in Manhattan, close to the Metropolitan Museum of Art and Marcel Breuer's Whitney Museum and the project focused on reinterpreting and recreating the original qualities of the building, plus restoration and upgrades to adapt the historical building to its new use. So the architects removed the interiors to recover light and gave the private sales space a more personal feel. They also reconstructed the interior finishes such as the marble entry, plaster coffered ceilings, and chandeliers, with the help of historical photos and blueprints. 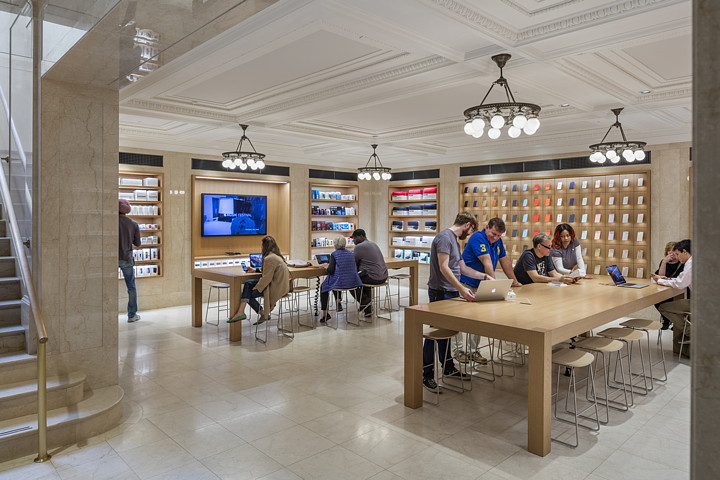 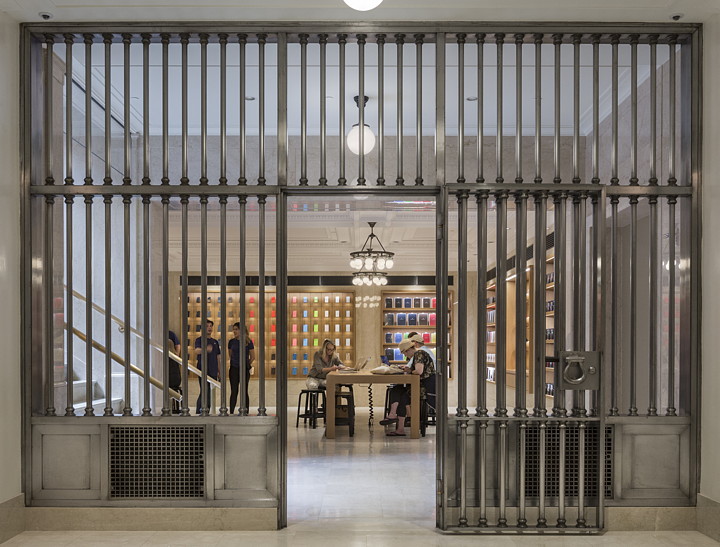 The Apple Store on Upper East Side is the fifth New York retail store to be designed by the multi award-winning Bohlin Cywinski Jackson practice, including the famous glass cube entrance of the Apple Store, Fifth Avenue. 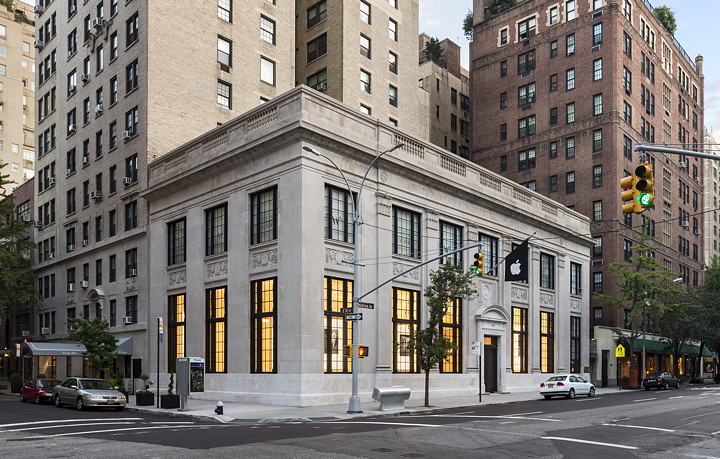 Recognition of their work with the Preservation Award is tangible that hi-tech and history can go hand-in-hand with great aesthetic and practical results, but not falling back on showy glitz and self-promotion. Kudos to this studio, and an important sign for preserving the historical architectural heritage, which is really taking a beating in our frenetically-paced world. 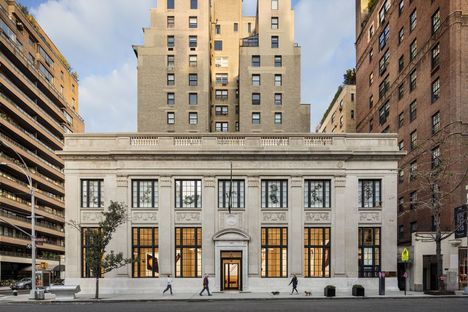 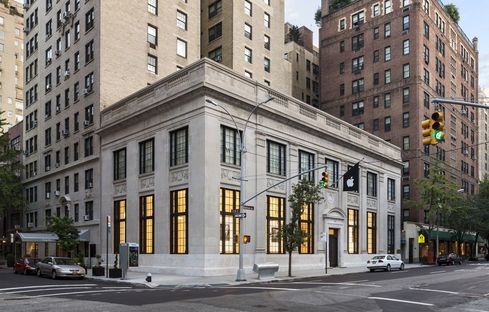 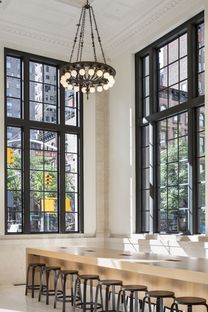 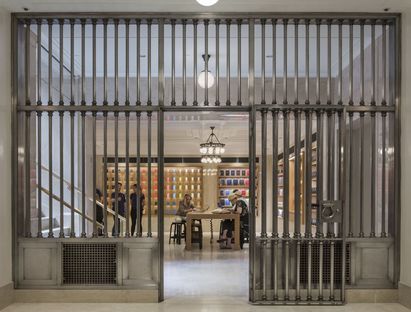 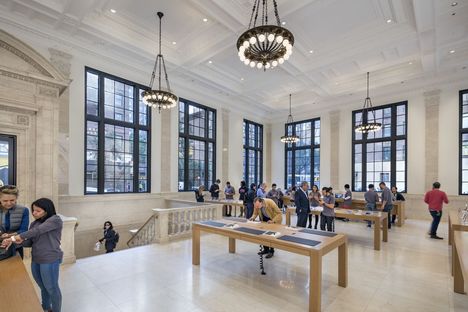 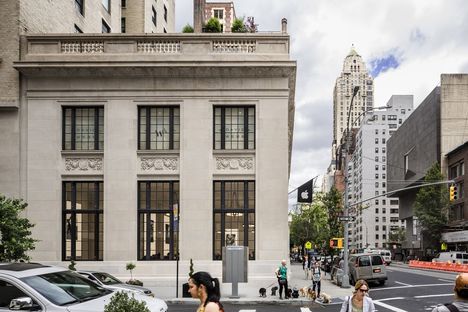 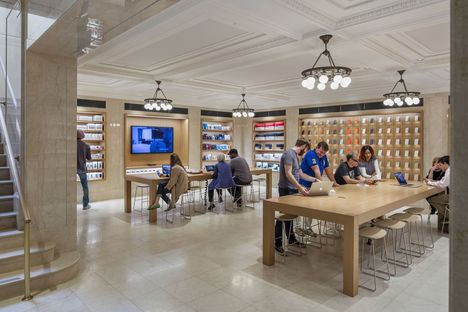 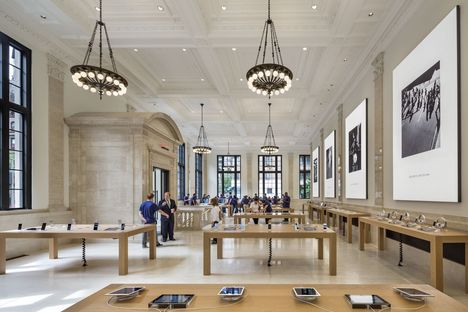