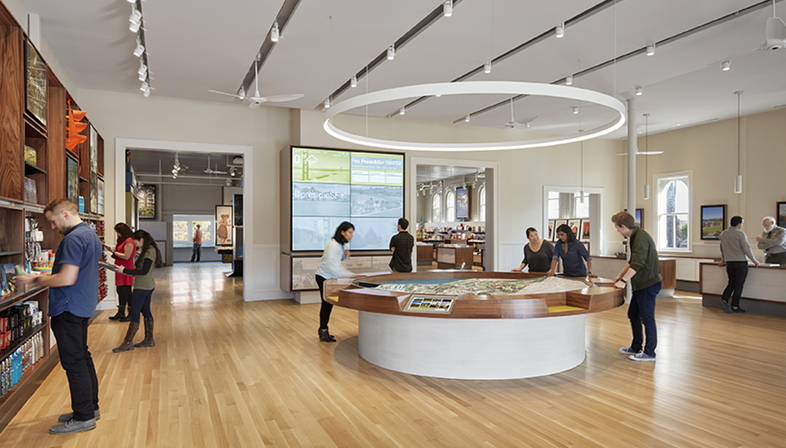 
The latest project by US firm Bohlin Cywinski Jackson, known to our readers for their Apple Stores and the Frick Environmental Center is located in San Francisco, as part of the conversion of a 607-hectare former military post into an urban national park. More specifically, it is the famous Presidio of San Francisco, the desire of William Penn Mott Jr., who founded the non-profit California State Park Foundation in 1969 and mentored it until he was appointed as director of the National Parks Service. During his time with NPS, which lasted from 1985 to 1989, Mott led the conversion of the Presidio from military post to national park, to give San Franciscans a large green space. The initiative was supported by the Golden Gate National Parks Conservancy, a non-profit membership organisation created to preserve the Golden Gate National Parks and by the Presidio Trust, a federal agency set up to save this particular park and transform it into a new kind of national park.
In this context, the architects from Bohlin Cywinski Jackson worked on the site's existing building - the old military jailhouse. By removing decades of alterations that previously subdivided the building and reconstructing missing architectural features, the exterior was returned to its original state of dignified simplicity. Then studio Macchiatto, worked on the interiors so they could be used fulfil their purpose: tell the extraordinary story of the transformation of a place, today and in the future. The Presidio visitor centre does this with the latest interactive communication technologies, all in harmony with the refurbished spaces. 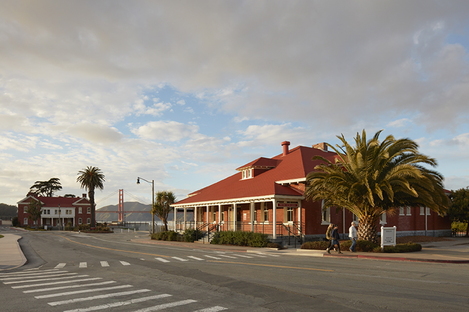 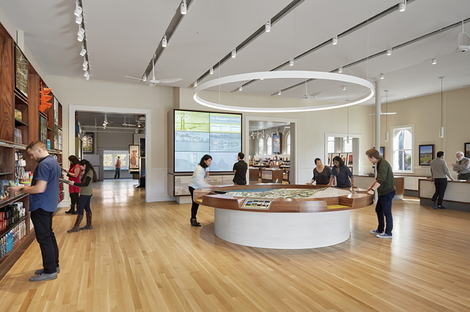 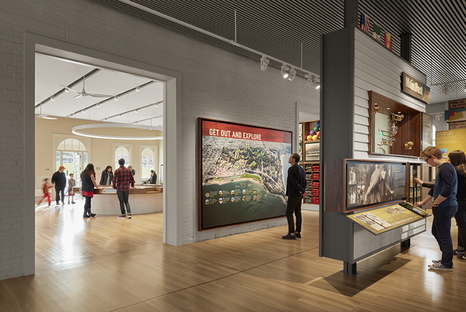 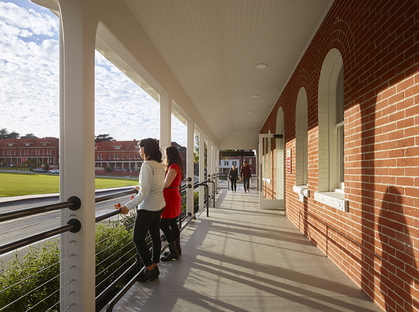 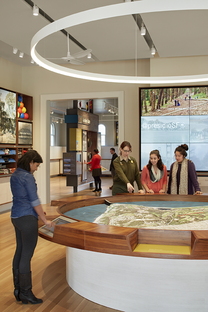 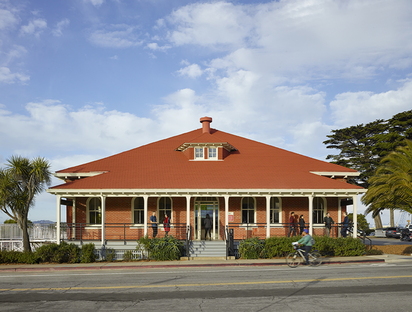 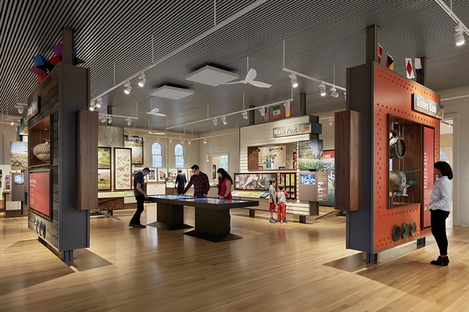 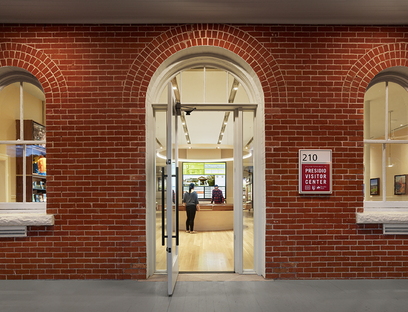