The Royal Architectural Institute of Canada (RAIC) and the National Trust for Canada have announced that the Niagara Parks Commission’s Butterfly Conservatory is the recipient of the 2020 Prix du XXe Siècle Award of Excellence. Additionally, the Humber River Bicycle and Pedestrian Bridge has received a Certificate of Merit. 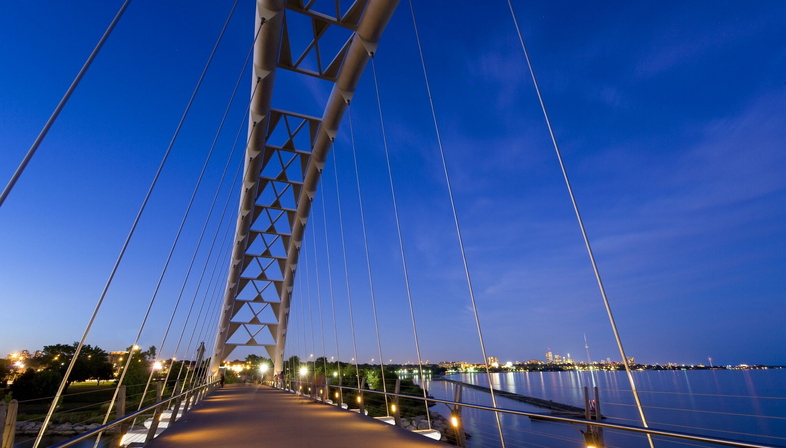 The Prix du XXe Siècle Award of Excellence recognizes and celebrates Canada’s landmark buildings of the 20th century. The prize celebrates design quality as well as enduring excellence, recognizing structures that continue to be used as designed or that have successfully accommodated new uses without being altered in ways that detract from the original design intent.
The jury of the 2020 award – appointed by the Royal Architectural Institute of Canada (RAIC) and the National Trust for Canada – selected the Niagara Parks Commission’s Butterfly Conservatory. Completed in 1996 by Baird Sampson Neuert Architects, the conservatory is an exemplary complex of glass buildings dedicated to the public display and rearing of live butterflies; it remains the largest and most northerly facility of its kind in North America. Located in the Niagara Parks Botanical Garden, the project was conceived as a year-round attraction to complement the nearby garden, also under the responsibility of the Niagara Parks Commission, situated six-and-a-half kilometres from Niagara Falls. The building and its specialized greenhouses also expanded educational opportunities for students of the Niagara Parks Horticulture School.
Already when the Butterfly Conservatory was built, energy efficiency was an important consideration and goal of the “integrated design” approach taken by the architecture and engineering team. They focused on systems with the potential to exploit and manage natural air movement and, since butterflies only fly in daylight, daylighting promotion and management were always at the forefront of system integration efforts. The intrinsic qualities of the Butterfly Conservatory have withstood the test of time over 25+ years of operational success. As the jury says: “The conservatory design is based on careful problem solving, the use of natural, durable and repairable materials and poetic engagement with the landscape. These elements alone make this project stand out and offer guidance to contemporary architects.”
The 2020 Prix du XXe Siècle’s Certificate of Merit award went to the 1994 Humber River Bicycle and Pedestrian Bridge project by Montgomery Sisam Architects. The bridge provides a vital link to the waterfront trail system along the shore of Lake Ontario. The design called for an integrated team of engineers, architects, landscape architects and artists so that the project could provide a narrative of the site’s cultural and natural heritage.
The tied-arch form and concrete abutments mark a gateway to what was once a historic trading route of Eastern Woodlands Indigenous peoples, who frequented the site for over 200 years. The steel superstructure connecting the two tubular arches is patterned with an abstract image of the Thunderbird, icon of the Indigenous peoples. The bridge encourages the public to adopt methods of active transportation, playing a role in the service of public health. Ultimately, it is a place of connection: between Toronto and Etobicoke, but also between the past, present and future. Since its construction, Humber River Bicycle and Pedestrian Bridge has become an enduring and iconic landmark of Canadian Architecture, as such earning the Certificate of Merit of the 2020 Prix du XXe Siècle. 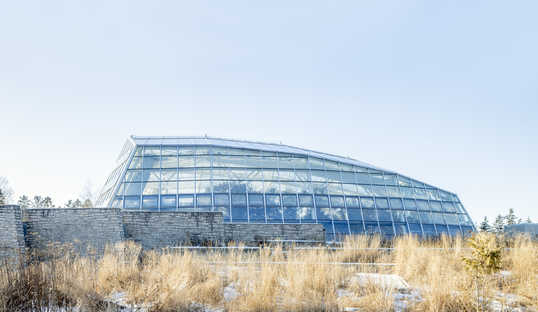 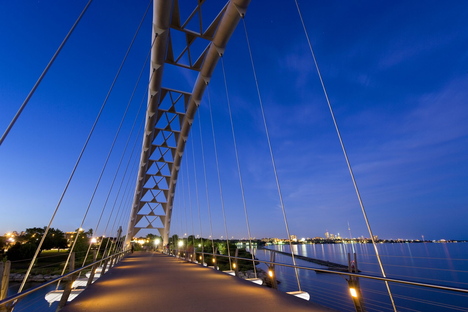 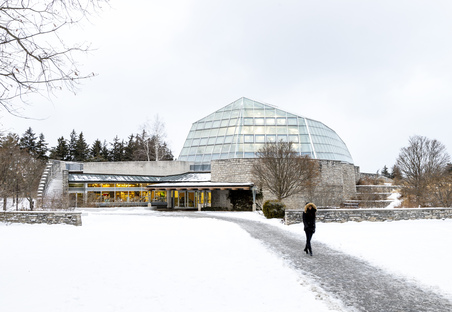 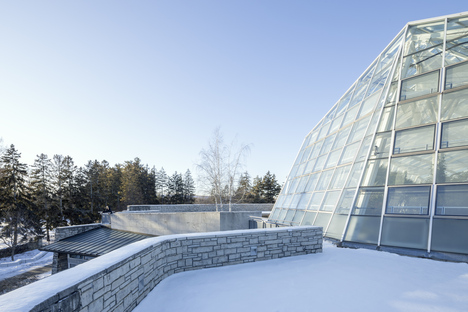 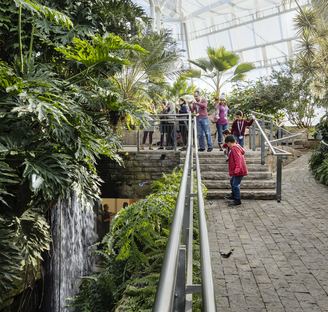 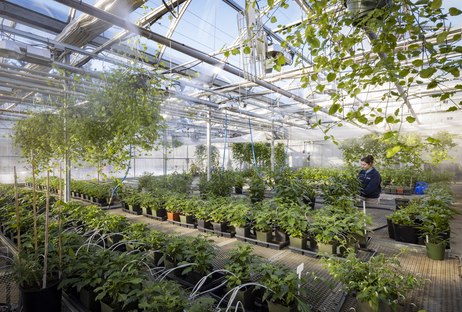 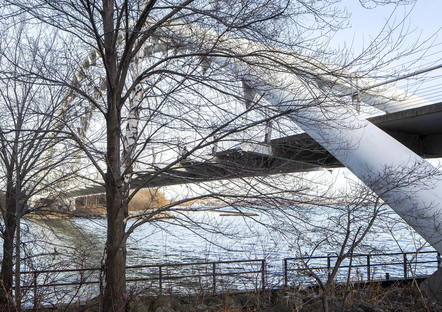 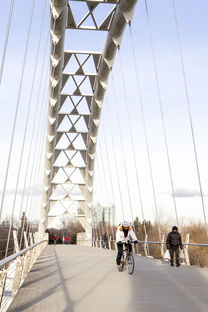 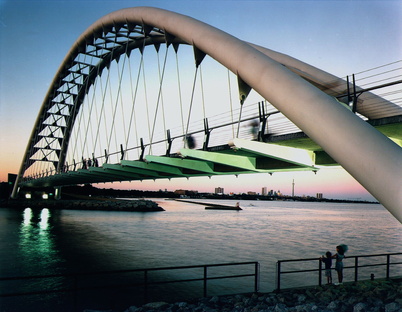 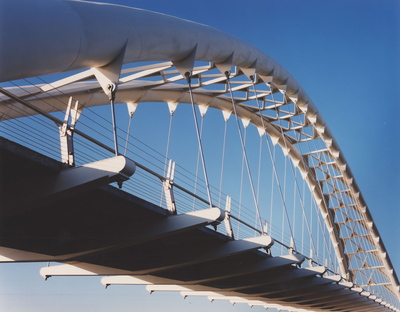