The American Hacker Architects studio has designed the renovation of the Fariborz Maseeh Hall at Portland State University in Oregon. An intervention concerning both the exteriors and the interiors of the existing structure, transforming an outdated fortress-like building, originally built in the 1960s, into a light-filled and interactive academic hub. 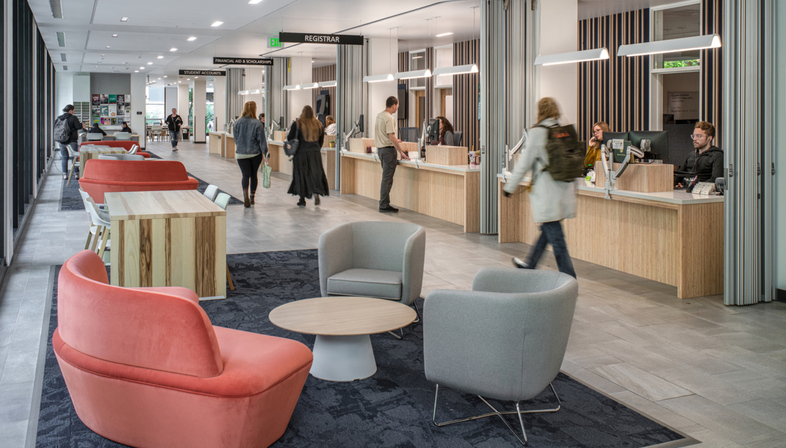 Those who have followed us for some time know that we have a weakness for interventions on pre-existing structures, particularly when it comes to brutalist buildings, as in the case of the Fariborz Maseeh Hall at Portland State University in Oregon. The intervention carried out by the Hacker architecture firm reinterprets the pragmatic and inwardly-focused five-storey structure, a building in line with the past, but in total contrast to the open and flexible spaces required today. The choice to maintain and adapt the architecture – originally completed in two phases, in 1961 and 1969 – rather than demolish and rebuild, greatly limited the environmental impact of the work. Indeed, thanks to this approach, the architects were able to preserve the embodied carbon of the building, substantially reducing carbon emissions, harmful for our planet.
To complete the project, the architects followed three key strategies: first, re-focusing the design to the user, in other words the students, faculty members, community members and other users of the building; second, prioritising life-cycle and life safety upgrades to the building as a whole; and third, engaging with owners, contractors, consultants and subcontractors in a collaborative decision-making process that took into consideration the needs of all Portland State University students.
The two parts of the original building retain their distinct external aspects, while they have actually been joined by a common floor plan. The external façades, on the other hand, have been upgraded through new curtainwall systems. A solution that improves the dialogue between internal and external elements and, at the same time, the building’s energy performance.
The interventions carried out by the Hacker studio also reinterpreted the overall layout and therefore the use of the structure, which functions as a student centre with classrooms, student services and faculty offices. One of the important aspects of the project was to review the distribution of spaces, in particular to be able to encourage greater interaction between all users and, above all, to also be able to create a new central light well. This design approach led to the removal of 1850 square metres of surface. The floor space, however, was only reduced by 278 square metres. This was possible thanks to an improved ground floor programme distribution. Visual and physical connections were thus created between the adjacent square and the park’s recreational spaces, expanding the opportunities for more student activities outside the classroom. By opening up previously closed-in corridors and circulations, users can now enjoy the visual continuity between the eastern and western perimeter of the building, while the new floor plan also respects the needs of disabled individuals.
In terms of efficiency, the combination of replacing all windows with high-performance models and increasing natural light reduced the building’s energy needs by an impressive 25% compared to the baseline model of buildings of similar size and use.
The Fariborz Maseeh Hall building, recovered by the Hacker architecture studio, demonstrates that a historic structure can have a second chance, providing users with an engaging, open and human experience. All this, while limiting carbon emissions thanks to the preservation of the pre-existing structure. In short, with the right amount of creativity and an enlightened client, it is indeed possible to really make a difference in terms of sustainability. 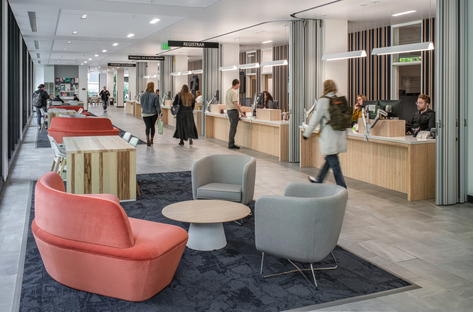 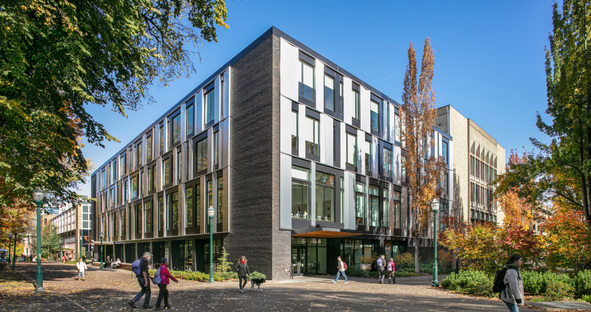 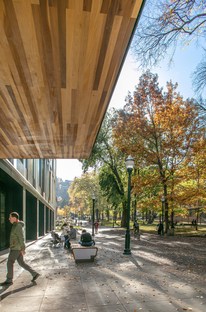 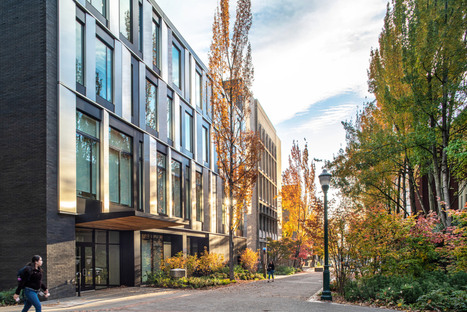 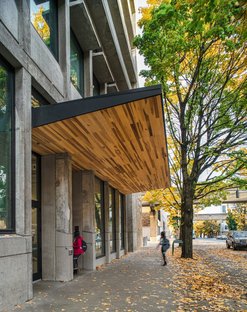 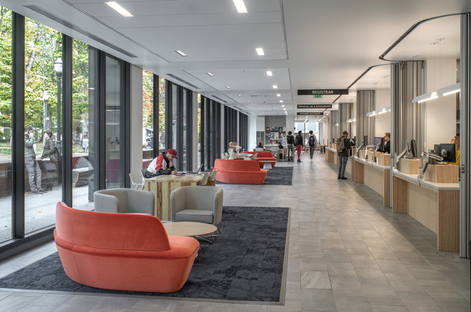 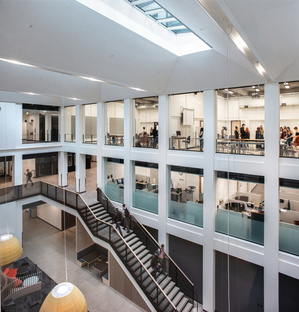 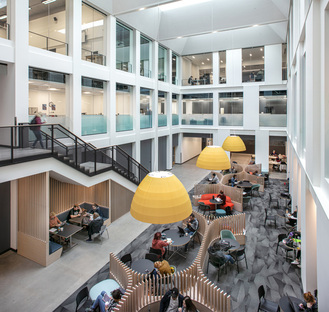 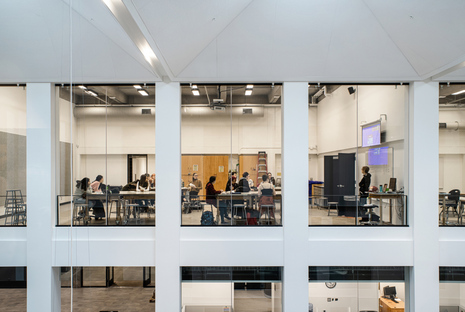 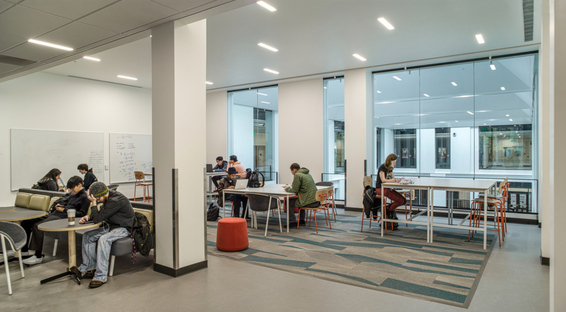 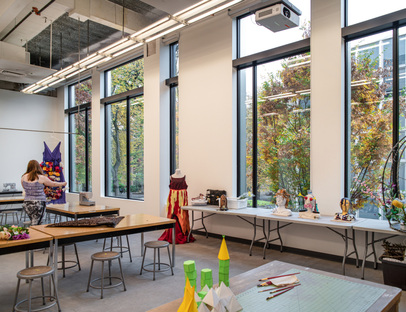 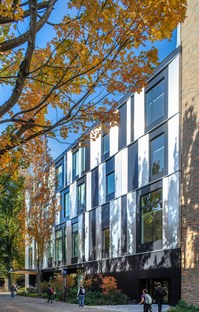