The project for an apartment in Poblenou, Barcelona designed by Egue y Seta, the Catalan multidisciplinary design firm headed by Daniel Pérez and Felipe Araujo, succeeds in converting an unpretentious industrial building repurposed for residential use into a cheery living environment. 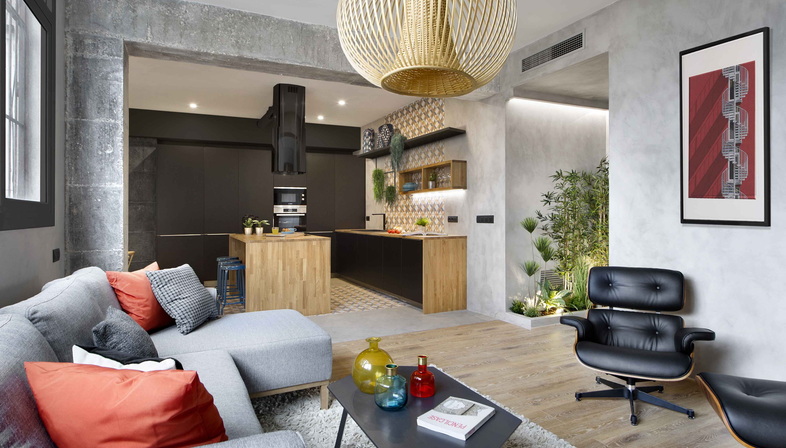 The project for an apartment in Poblenou, Barcelona designed by Egue y Seta, the Catalan multidisciplinary design firm headed by Daniel Pérez and Felipe Araujo, succeeds in converting an unpretentious industrial building repurposed for residential use into a cheery living environment.


Poblenou is the “Catalan Manchester”, or rather the part of Barcelona that until the end of the 19th century housed the first factories and textile plants in the capital city of Catalonia. In the wake of the industrial decline in the 1960s, it was decided to regenerate the zone with plan 22@, to improve the suburb's social, urban and economic level. So, old factories were repurposed and converted into offices, studios, schools and residential units.
Unfortunately, in most cases, the approach to the recovery, as Daniel Pérez and Felipe Araujo from Egue y Seta point out, leant more towards making a profit for the owners than providing quality accommodation. Which is why their work to craft a cosy, 75-square metre home on a single floor of an old industrial warehouse split into three apartments was not without its challenges.
Armed with their great creativity and spirit of enterprise, the Egue y Seta designers used everything at their disposal to make the home as cosy and spacious as possible without going over their tight budget. So they opted to preserve the industrial features of the concrete walls, the steel-framed window, offsetting these rough elements with pastel colours and wood or laminate detailing.
The result is an open-plan home where guests enter directly into the dining, kitchen and living room in a succession that leads towards the small bedroom and bathroom - the only two rooms with a door.
Aided by the furnishings, the careful study of colours and how they are mixed and matched and the addition of indoor plants, despite its less than ideal location and layout, this apartment is bright and roomy, setting the perfect stage for new stories of life. To find out more about these stories, we really recommend reading the description by the designers, a 3-act play through social media and interior design. 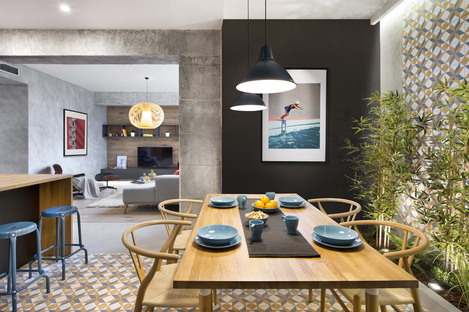 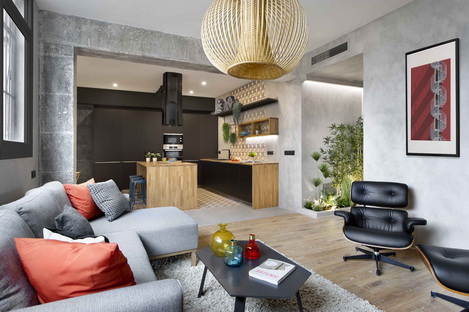 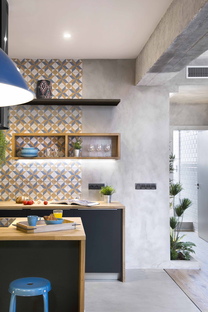 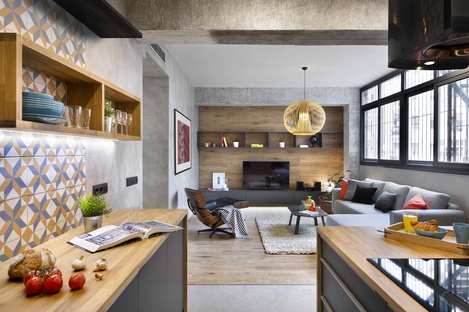 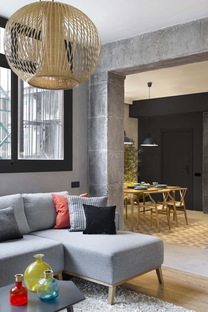 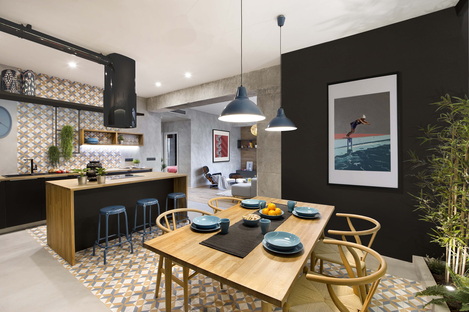 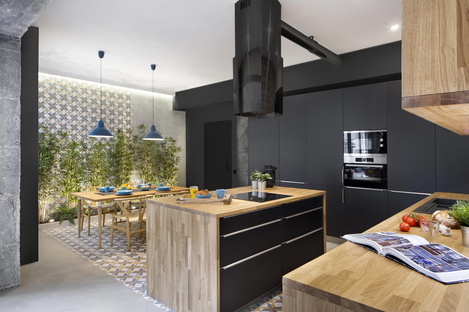 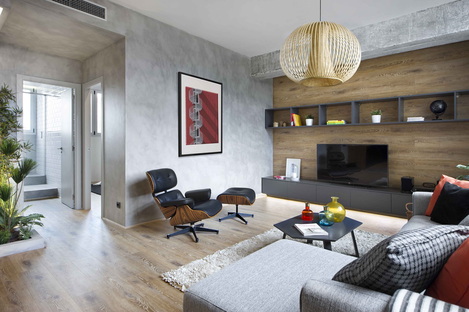 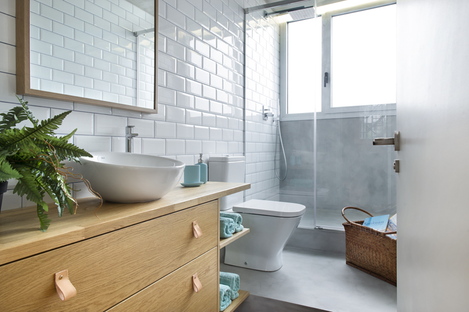 Egue y Seta designs Back Home, an apartment in Girona