Egue y Seta designs Back Home, an apartment in Girona

A family moving from Barcelona to Girona. Egue y Seta restores an apartment with a large terrace and warm, friendly interiors plus a little something that lies outside the remit of the designers: being close to grandparents so each generation in the family can live more serenely. 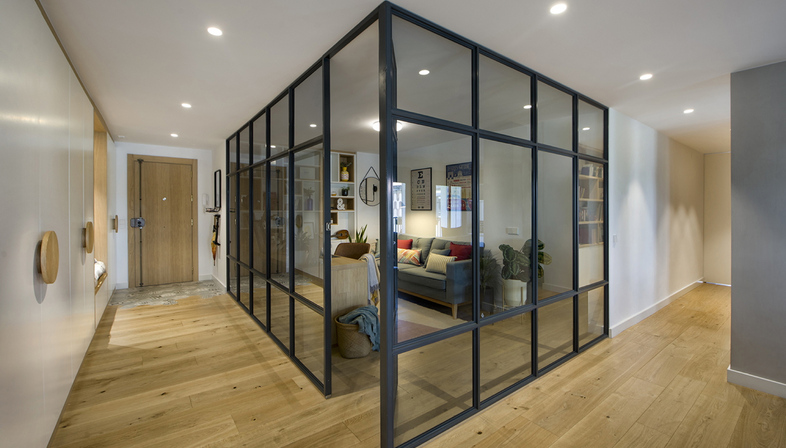 There are times you wonder if might be a good idea to live near your parents, if for no other reason than to give each other a helping hand. Which is what has just happened in Catalonia. A young couple with a child had been thinking about renovating their apartment in Barcelona for some time, when they read about a home for sale in Girona, near her parents, and changed their plans. After weighing up all the pros and cons, they decided to move to Girona, which is still only a 30-minute fast train ride from Barcelona. Because apartments can be bought and sold, renovated and revamped but nothing can replace grandparents, particularly when you need some help with your children - their grandchildren.
The home in question is a 175-square-metre, brightly-lit apartment with a fabulous, large terrace. Dating back to the 1950s, with the typical floor plan of that time - a long passage and lots of small rooms - it needed a complete makeover to meet contemporary needs.
A challenge that the creative duo Daniel Pérez and Felipe Araujo from the Catalan-based multidisciplinary studio Egue y Seta addressed with great taste and sensitivity.
The first thing the designers did was to gut the apartment and strip it back to a bare shell. Then they moved the walls to create a more suitable layout for life in the 21st century. At the entrance, where a large laundry was originally located, they crafted a fully glazed home office, with curtains that can be drawn closed to make this box-like structure private so it can double as a guest room. When the curtains are open this room you can see into and through the light-flooded dining room and onto the terrace.
A warm and friendly open space with living, dining and kitchen has replaced the three small rooms originally located here. This open space also transitions into the more secluded part of the apartment. Here, two smaller bedrooms were joined to create the master bedroom with an ensuite bathroom and walk-in dressing room. The small room where the washing used to dry has been repurposed as a children’s bedroom.
Stylistically, Egue y Seta has succeeded in bringing together sleek lines with touches of colour, like the pale pastel green kitchen cabinets. They even managed to include the design and textures that the clients wanted in their new home, without renouncing their memories of Barcelona.
The new home has a special touch, something truly precious and fabulous that you won’t see in any of the photos. Something better than any luxury finish, something more beautiful than the most famous designer decor. The grandparents live in the same apartment building. And grandparents can’t be bought and sold, or designed or exchanged with better ones. As the two designers from Egue y Seta say, this closeness to the family is the true luxury of the home. And it is a great payoff for the renovations, the packing and unpacking, the moving, the telecommuting or real commute and just about everything because all of those things count for little when you’re talking about the possibility of moving “back home”, really, every day, where rather than having unknown and unfamiliar people living next door, the neighbours are your parents. 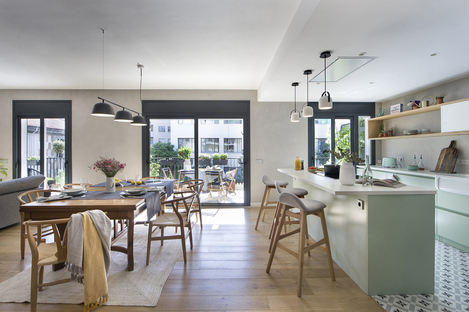 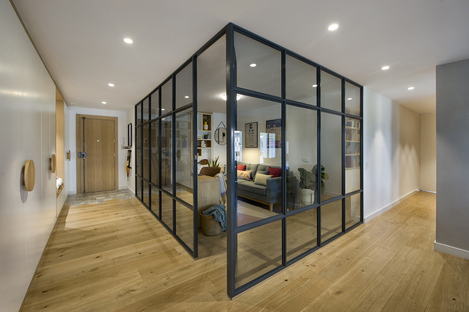 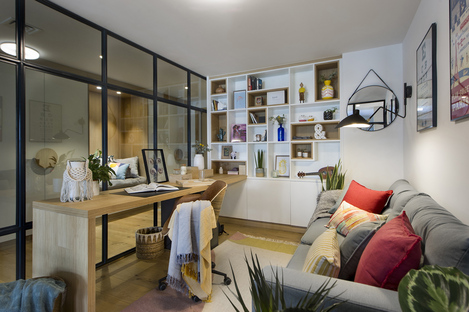 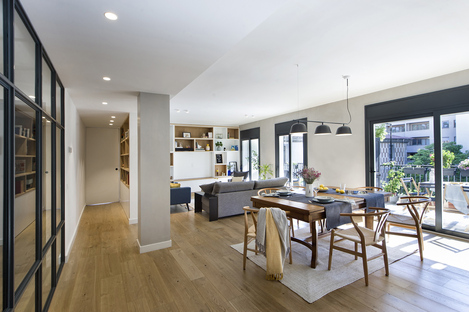 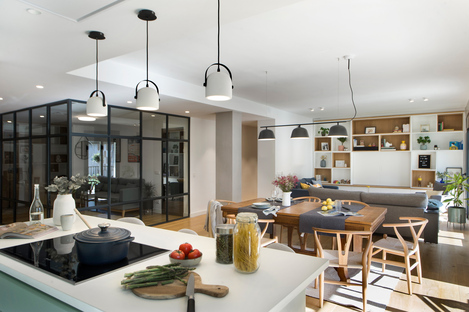 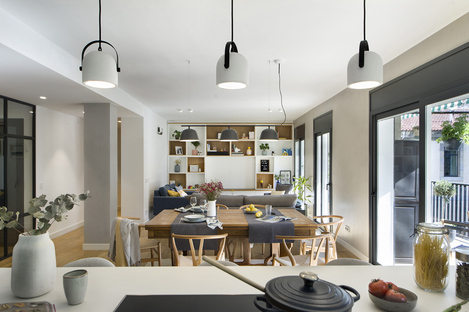 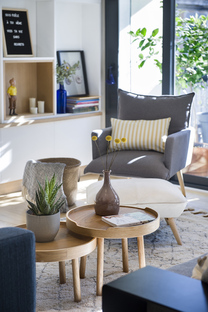 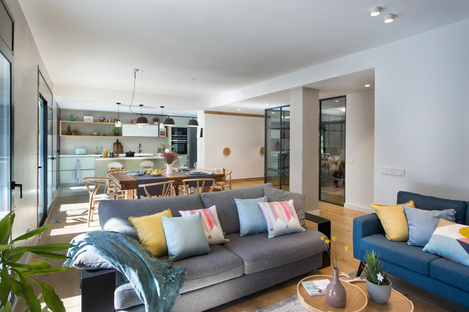 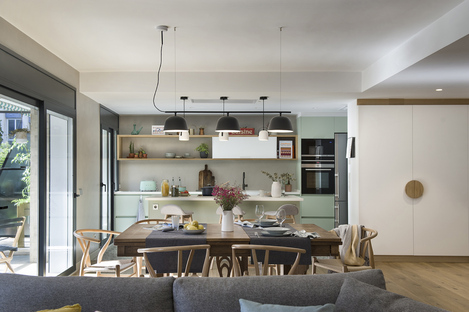 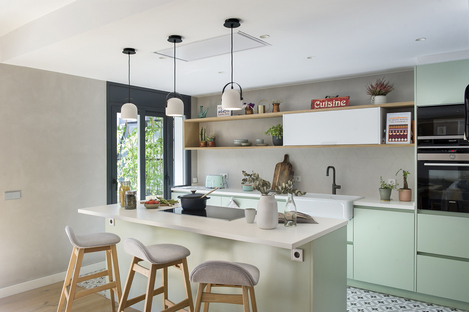 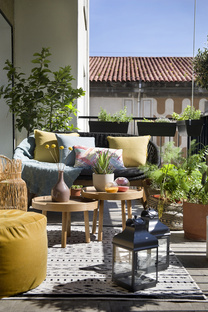 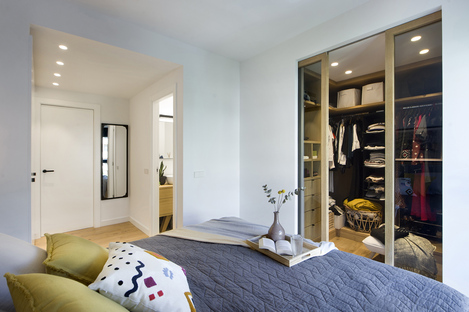 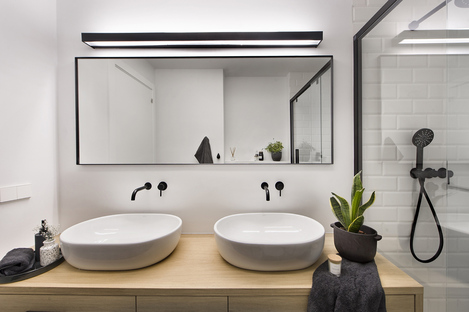 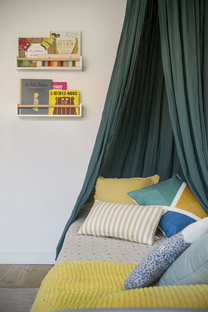