The exhibition called “Ai Weiwei, Mountains and Seas” accompanies the opening of the Chinese artist's new, permanent artwork at Château La Coste, Ruyi Path, which winds through the property until 17 June. 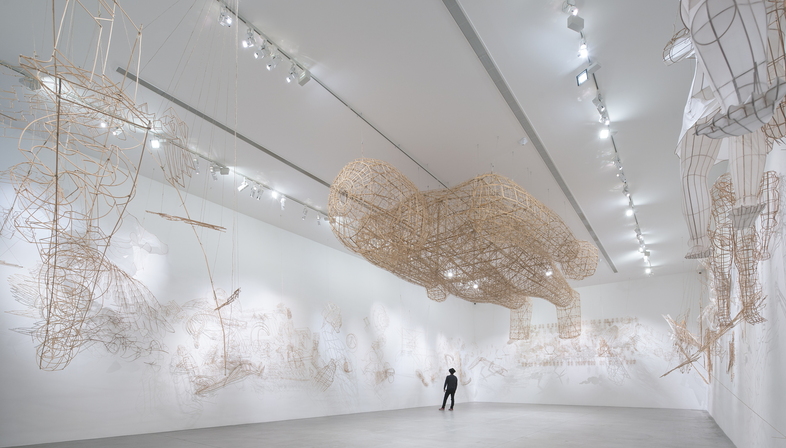 The exhibition called “Ai Weiwei, Mountains and Seas” accompanies the opening of the Chinese artist's new, permanent artwork at Château La Coste, Ruyi Path, which winds through the property until 17 June.


If you're interested in a visit to Château La Coste in the hills north of Aix-en-Provence, France, and you get there before 17 June, then you can also catch his exhibition “Ai Weiwei, Mountains and Seas”, a tribute to Ruyi Path, cwhich paves the way for visitors using recycled stones, a work that the artist himself says is something between sculpture and landscaping.
Conversely, the exhibition showcases creations that are very light due to how they were crafted because Ai Weiwei used traditional Chinese kite-making techniques to make them.
The figures - including a larger-than-life human figure suspended under the roof and spanning almost the whole length of the large white room in Château La Coste - a reference both the wealth of Chinese mythology and the artist's highly eventful life. They were crafted before the summer of 2015, when Ai Weiwei's passport was returned to him, after his detention and four-year travel ban had been lifted, allowing him to travel freely again.
So, “Ai Weiwei, Mountains and Seas” has an even deeper meaning than just the beauty of these fine creations in bamboo or thin wood with silk or rice paper, and visitors are amazed by the artist's attention and love for details - which you can see mainly in the artworks hanging on the white walls. The lightness of the sculptures contrasts with the weight of their significance - in both the mythological and the personal mould - poetically and very elegantly telling us the story of the “unbearable lightness of being”. 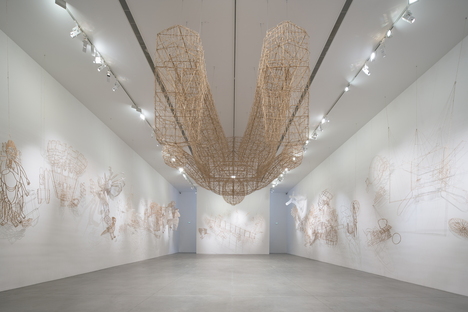 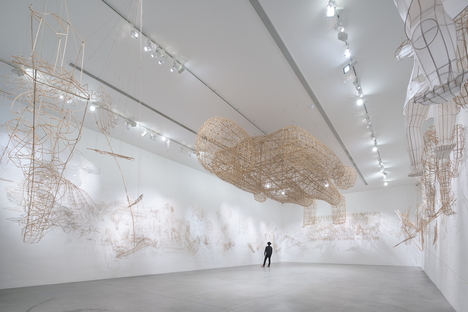 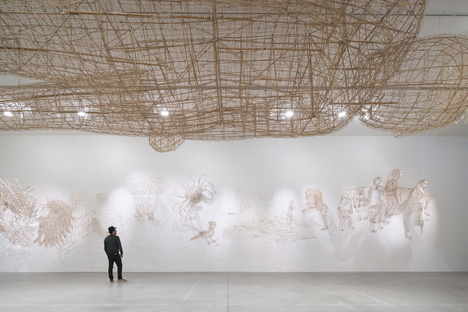 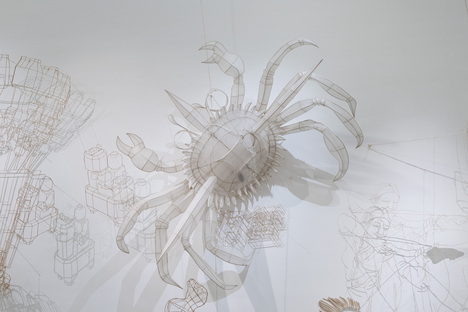 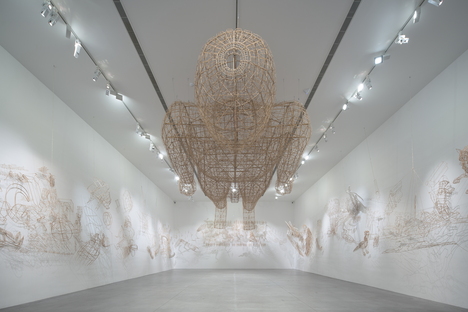 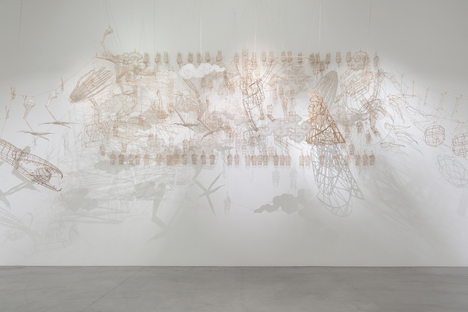 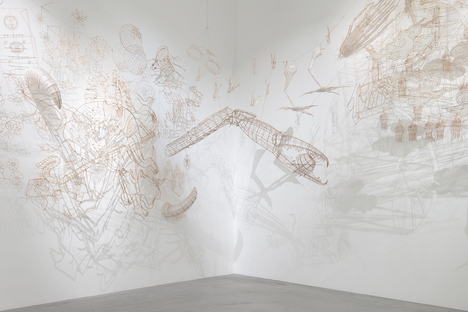 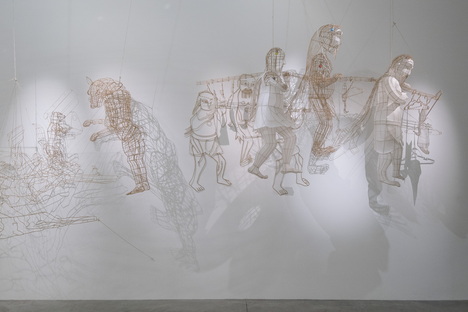 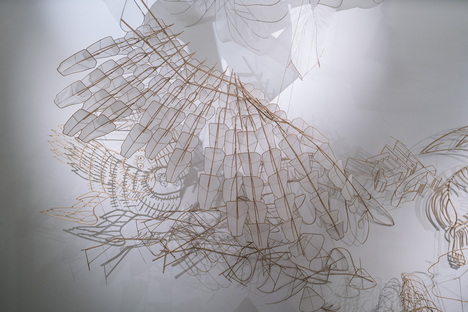