Monoloko Design, apartment with a view in Moscow

While we're waiting to find out the winners of Next Landmark who will be travelling to Moscow for the awards ceremony, let's take a look at this interior design project by Monoloko Design in the Russian capital. 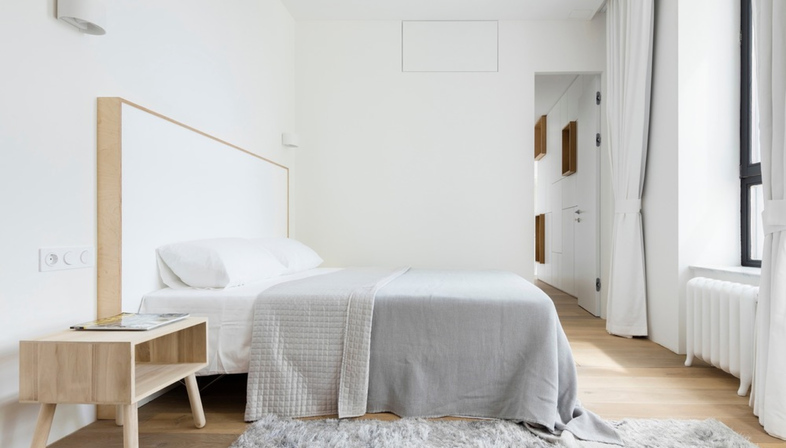 While we're waiting to find out the winners of Next Landmark who will be travelling to Moscow for the awards ceremony, let's take a look at this interior design project by Monoloko Design in the Russian capital.


Submissions to the 2017 edition of the Next Landmark international context, dedicated to the design of ceramic surfaces (link) are in and now we're waiting to find out the names of the winners of the two categories, who will be going to the new SpazioIRIS in Moscow to celebrate with the Floornature editorial staff and international judges. So, what better occasion to showcase a small interior design gem, created in Moscow itself?
We're looking at a bright apartment with geometric lines and functional, almost minimal furnishings. The interior design by Maxim Kashin's Moscow-based firm, Monoloko Design is located on one of the top floors of a tower in Moscow, in the second ring of the Russian megalopolis. Here, the Moskva River and the canals, together with the green parks, invite residents to get out in the open air.
The apartment designed by Monoloko Design has been crafted with this in mind, setting up a visual connection with the context that becomes an integral part of the actual project, given that the ties with the exterior underlie every architectural choice.
This includes the skilful use of light-coloured materials in both the floors and walls and the actual furniture, most of which has been bespoke designed and with dual functions - for example, the shelves double up as a dividing wall, and can be used from both sides. Although the apartment is only 60 square metres, the living space looks airy and inviting because Monoloko Design doesn't confuse the idea of minimal furnishings and sleek lines with a lack of warmth. 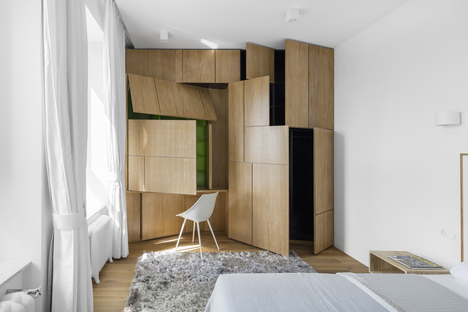 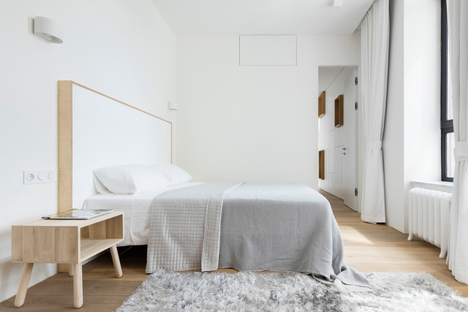 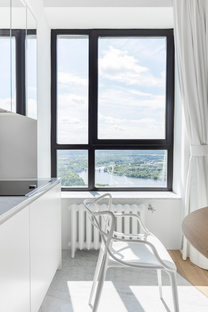 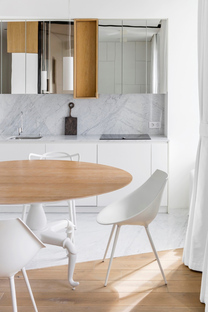 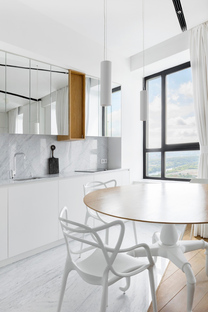 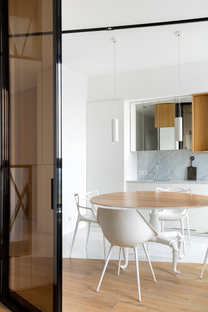 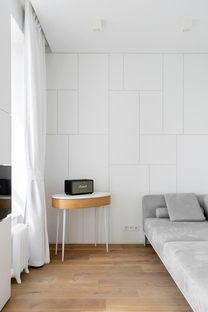 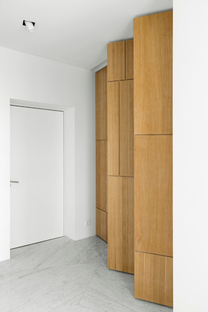 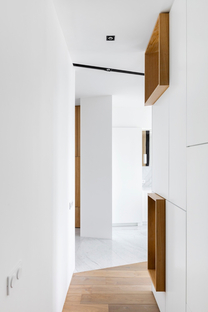 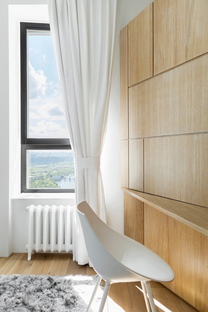 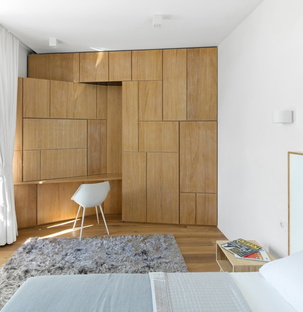 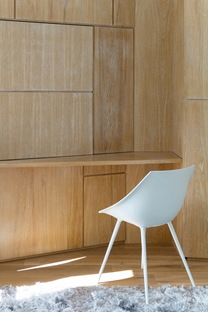 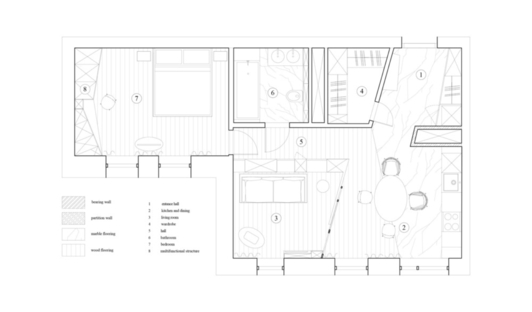 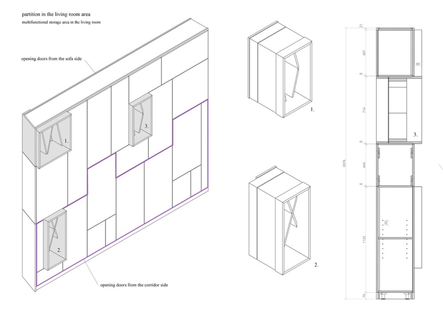 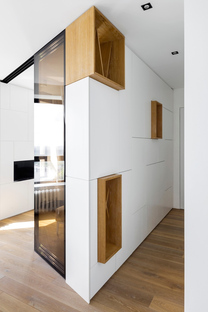