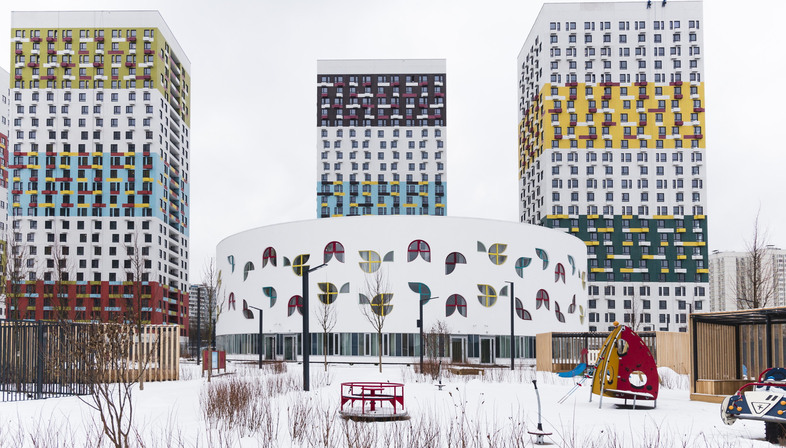 Olga Aleksakova and Julia Burdova's architecture firm Buromoscow has designed a kindergarten in Moscow. The new building on the outskirts of Moscow is one of the winners of the 5th architecture and town-planning award as part of the Moscow Urban Forum.


Buromoscow was founded in 2004 by Olga Aleksakova and Julia Burdova and the two Russian architects - who curated SuperSurfaceSpace now SpazioIris Moscow, a showroom and gallery by IrisCeramicaGroup - designed a kindergarten for 220 children to complete a major new prefab housing project in the outskirts of Moscow, about 30 km from the city centre, which was also their work.
Local town planning regulations meant the plot of land that the building was built on is an irregular shape and the architecture itself stands out for its round shape in a square setting.  The roundness of the new volume stands in stark contrast with the urban landscape, although it references that same context in the colour palette used for the facades - pops of bright colour on a white background. The circular shape of the kindergarten doesn't affect the functions of the interiors where all the spaces are arranged around a central, square courtyard overlooked by the building's corridors with square windows, partially coloured to cast colour shadows inside.
The youngest children are accommodated on the ground floor, which is fully glazed, whereas the windows on the first and second floors have been shaped to craft sea creatures - fish, shrimp, jellyfish - thereby also communicating its playful essence to the context. Each floor of the kindergarten has its own colour - yellow, orange or blue - making it easy for the children to find their way around. Apart from these colour accents, the interiors are light-filled, white and simple because the children will liven them up with their presence and their toys.
Being a municipal kindergarten, the cost was a major factor to consider and the designers needed to make it as attractive as possible on a tight budget. A brief that Buromoscow responded to with great design finesse, far from the pseudo-infantile or overly childish stylistic rhetoric often used in early childhood projects.
The Kindergarten Varshavskoe shosse 141 was named "The best architectural and town-planning solution for education and medicine" 2017 by the jury headed by the Chief Architect of Moscow, Sergey Kuznetsov. A great achievement when you think of the 1100-plus submissions and the great care that went into selecting the winners.
Not only that but a few weeks ago the prestigious Russian architecture magazine, Tatlin dedicated an issue to Buromoscow, considered a leading creative firm and not just in Russia, particularly for their human-related work like the recently completed kindergarten, a virtuous example of an urban planning project. 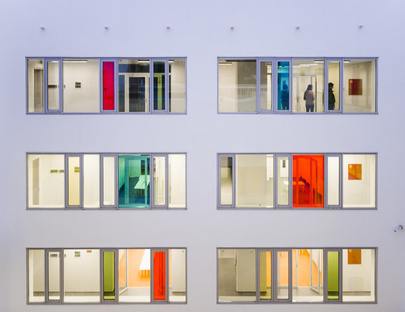 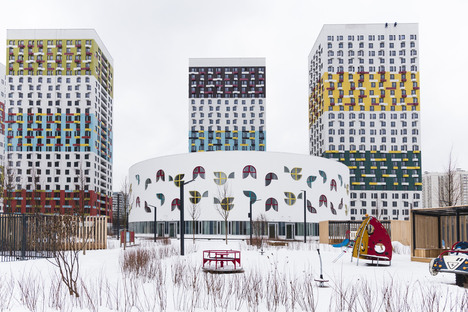 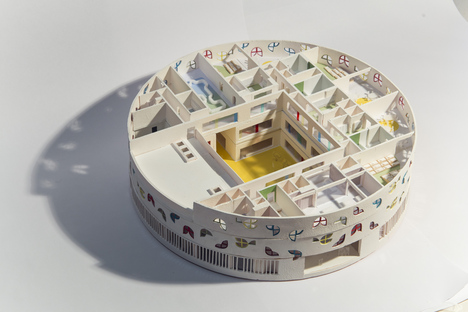 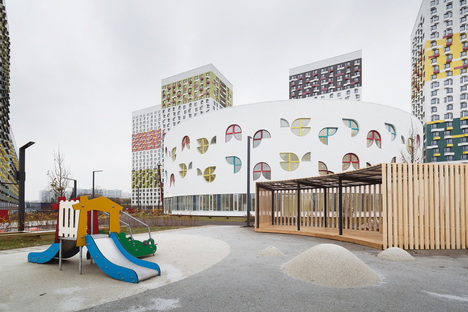 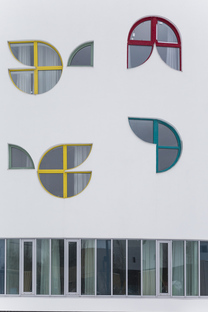 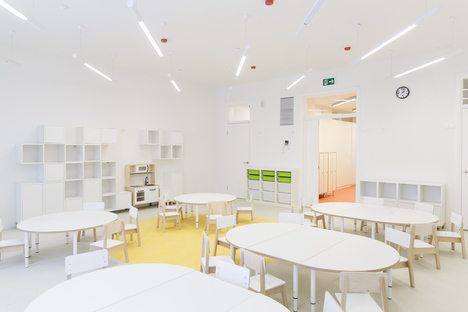 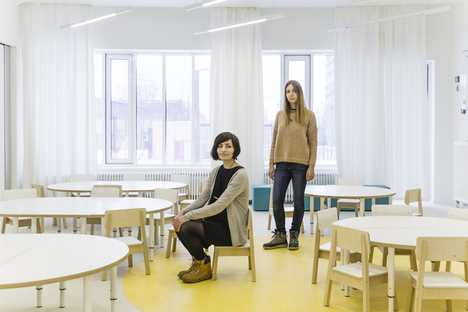 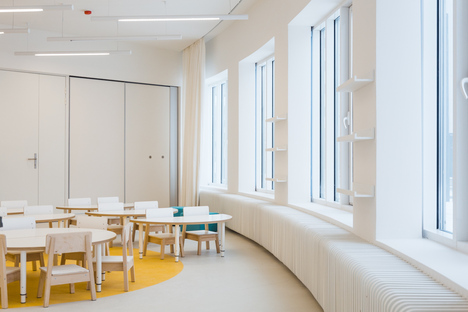 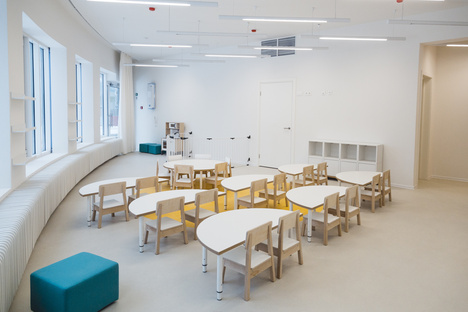 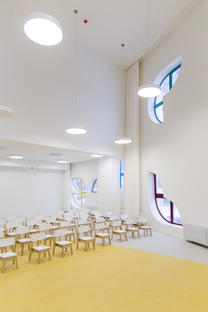 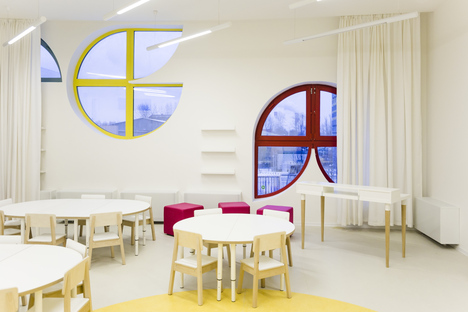