Hide & Seek opened a few days ago in the famous Design Museum Holon, Israel and is an exhibition featuring the works of renowned Dutch designer and artist, Marten Baas. 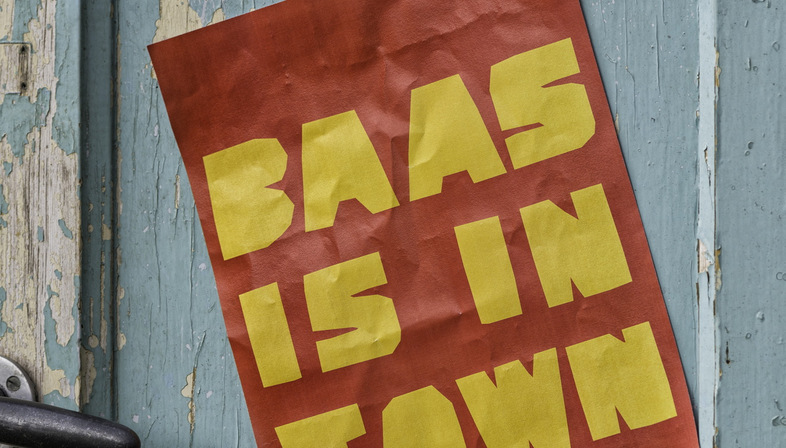 Hide & Seek opened a few days ago in the famous Design Museum Holon, Israel and is an exhibition featuring the works of renowned Dutch designer and artist, Marten Baas. The Museum will showcase more than a decade of works by Baas, including limited edition pieces and conceptual items.


Tel Aviv’s Design Museum Holon was designed by world-renowned architect Ron Arad and opened in March 2010. It quickly made a name for itself as one of the most exciting developments to emerge in the Middle East. The Museum is part of an urban regeneration initiative that aims to transform the City of Holon into a centre for design. It was selected by National Geographic Traveller as one of the 15 must-see museums around the world. The primary goals of Design Museum Holon are to inspire and challenge the design community and the general public’s perception of design and the way it affects their lives.
This sets the scene for Hide & Seek, which features the works by Dutch designer and artist Marten Baas, a bold and influential character in the design world, with a multi-faceted portfolio of infinitely imaginative projects as explained by Maya Dvash, Chief Curator of Design Museum Holon. “Maarten Baas’ works, which lie on the border between art and design, show our audiences a different spectrum of design culture through his compelling, inspiring, and surprising projects.”
Hide & Seek, curated by Mark Wilson and Sue-an van der Zijpp is a travelling exhibition, which premiered last year at the Groninger Museum in the Netherlands. “Hiding and seeking is my character and my way of working,” says Maarten Baas, “providing two extremes of contemplative and expressive works.”
Now we can see a variety of installations, objects and video performances by Baas in Design Museum Holon, with the most expressive, extroverted works, including a number of bright, multi-coloured installations represented in the museum’s Lower Gallery. Works featured there are Clay (2006), a series of colourful handmade furniture pieces made of industrial clay, as well as Baas is in Town (2014), a ‘circus’ with lights and vibrant colours that was recognised with Best Show Award at Milan Design Week in 2014.
The Upper Gallery is showcasing his more introverted works, such as the widely popular Smoke (2002), Baas’ graduation project from Eindhoven Design Academy. For this series, Baas burned several Baroque pieces of furniture after covering each in transparent epoxy resin, resulting in a remarkable finish, sparking ideas of aesthetic, consumerism, and purpose. This evocative nature will also be displayed through Real Time (2009), a series of timepieces, including 12-hour video works of actors indicating time by manually changing the dials on a clock in different forms. An example of these timepieces greets passengers at Amsterdam’s Schiphol airport (link). Hide & Seek gives us an overview of the works by Baas and invites visitors to pursue and uncover the thousand hidden ideas of this Dutch artist in his poetry-filled works. 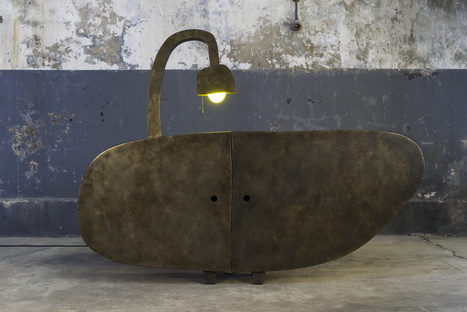 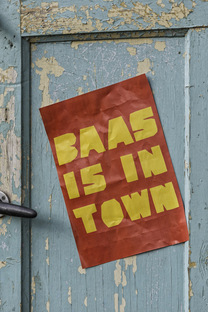 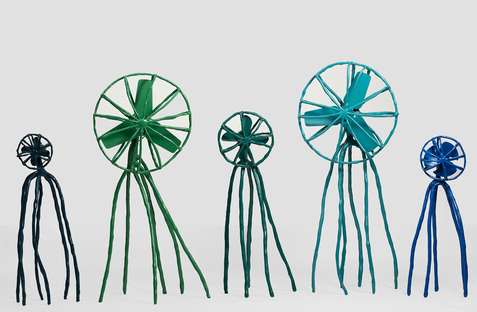 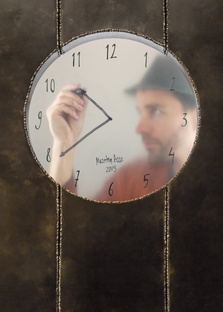 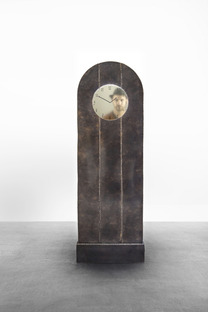 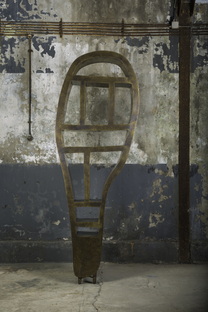 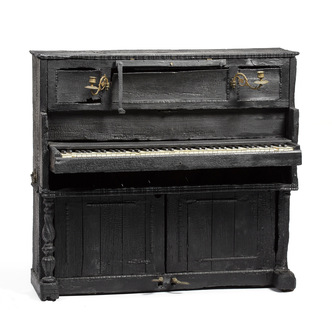 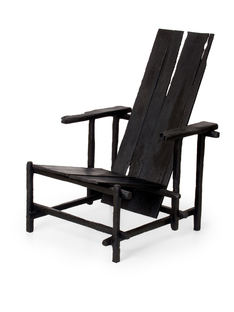