In 2010, the inaugural exhibition at the Design Museum Holon in Israel, designed by the architect Ron Arad was The State of Things. This international exhibition showcased design as a landscape of objects. Ten years down the track, State of Extremes instead describes a world that has changed, and with it, design and the practice of design. 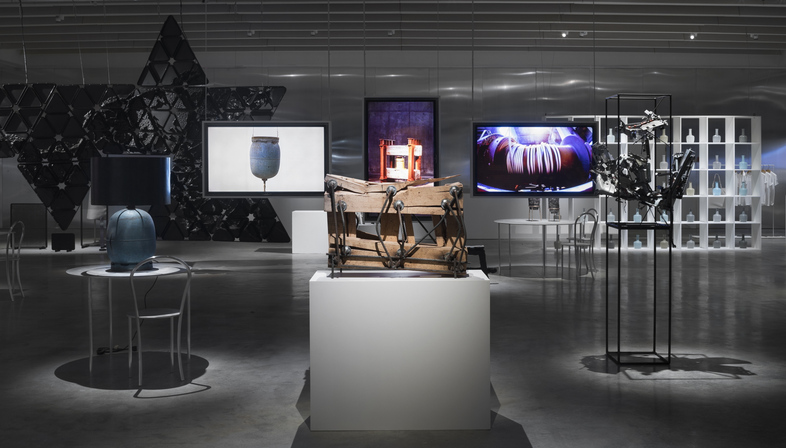 Designed by the internationally acclaimed architect Ron Arad, the Design Museum Holon was inaugurated in 2010, and its unusual material and appearance immediately made it a new landmark. The Design Museum Holon forms part of the urban regeneration plan to turn the city of Holon into an epicentre of culture and education. In the last decade, this industrial city just south of Tel Aviv has rolled out a whole range of building initiatives, launched cultural festivals, opened new museums and introduced urban art installations, all to enrich the lives of its citizens.
In addition to proposing design as a driver of the urban transformation, the primary goals of Design Museum Holon are to inspire and challenge the design community and, more importantly, the general public’s perception of design and the way it affects their lives. So, when the museum first opened in 2010, it showcased The State of Things. This inaugural exhibition presented more than 100 objects that collectively represented questions relating to the practice, consumption and cultural impact of contemporary international design. Ranging from everyday household objects to technologies to improve and save lives, the items in that exhibition revealed the same ingeniousness and poetic quality that we can see in the building hosting it, designed by Ron Arad. Now, ten years down the track, State of Extremes instead describes a world that has changed, and with it, design and the practice of design.
Rarely has a title been more prophetic. Indeed, we really are living in an extreme state. On the one hand, we’ve got extreme weather conditions stemming from climate change, with unprecedented floods, droughts, record-breaking temperatures and fires. On the other hand, extreme ideologies and political positions are blown up by the media news cycles and the echo chamber of the internet, further polarizing societies already inflamed by inequality and extreme, growing resentment. These extremes breed more extremes in an increasing spiral of intensity.
What’s more, science, technology and human imagination are opening new roads that ask existential questions about what it means to be humans, what is natural and what is artificial, and how we can adapt to a “new normal” when we don’t even know what it all means. Extremes, in the end, are relative; what seems to be extreme today could very well be routine tomorrow.
The State of Extremes exhibition curated by Aric Chen and Maya Dvash (Chief Curator of Design Museum Holon), takes visitors through 70 artworks, exploring a world of social, political and environmental extremes, broken down into five categories: Spiraling, Extremer, Polarization, New Normals and Extreme Lab. These installations, objects, speculative ideas and videos aim to reveal, critique, resist, mitigate (and, yes, sometimes exacerbate) extremes and the mechanisms that drive them. When Design Museum Holon opened the exhibition at the end of 2019, they had no idea that these objects would be so topical in the global situation that came onto the scene not long after.
At a time when our technologies, power structures and impact on the planet are engendering more extreme scenarios than ever, the hope of the iconic Design Museum Holon is for State of Extremes to serve as a call for moderation. 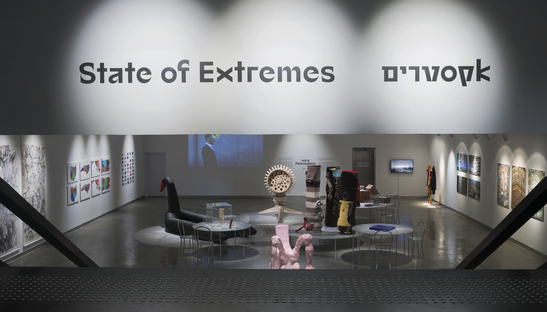 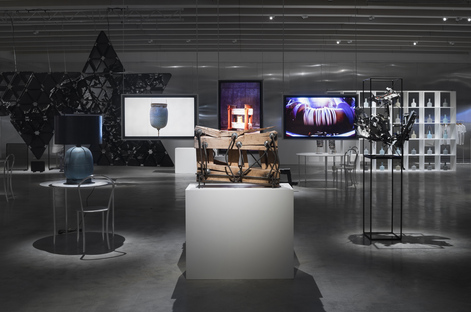 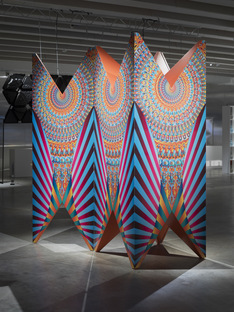 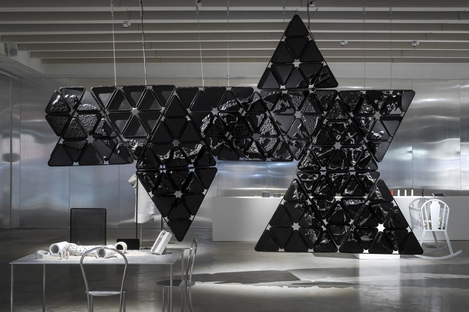 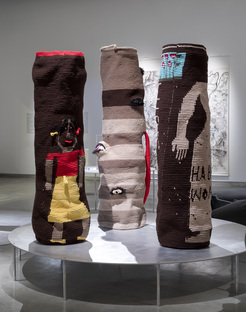 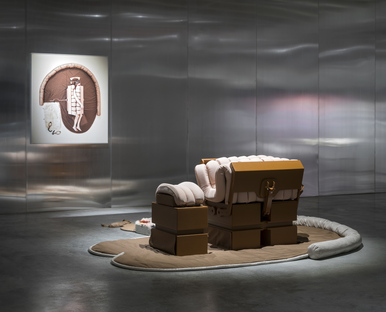 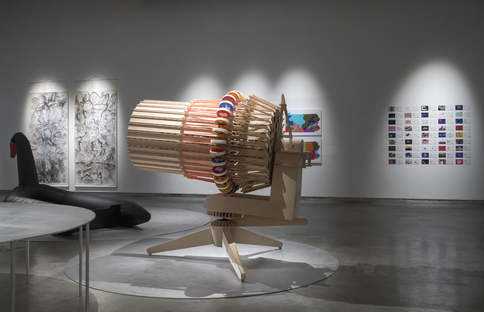 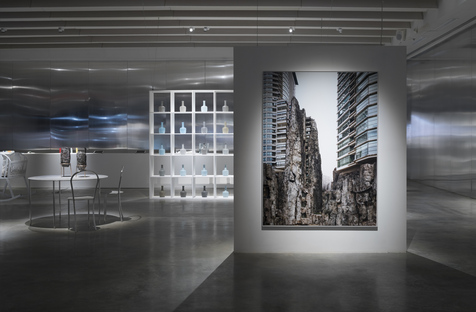 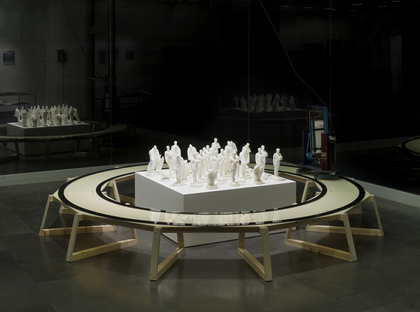 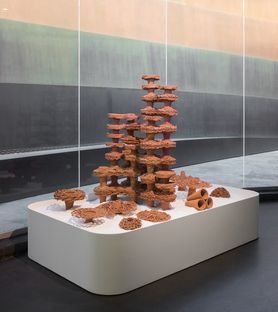