Luuwit Park in Portland, Oregon by Skylab and 2.ink Studio

Skylab and the landscape architects from 2.ink Studio worked together and in close collaboration with Portland Parks and Recreation to redevelop and create this park in northeast Portland. The design team based their work on an integrated strategy that creates both passive native meadow areas that require limited maintenance and areas for intensively active program elements. 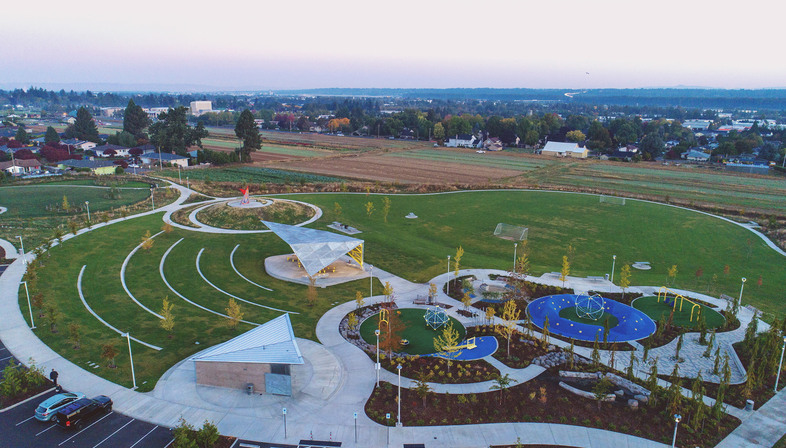 Urban parks are an essential part of any community and also play a key role in the wellbeing of citizens. For many apartment dwellers, they make up for a lack of garden spaces and double as places to meet and socialise with their neighbours.
Considering that in the eastern area of the city of Portland only 2 out of 5 residents have access to a green area, as part of its Park Vision 2020 initiative, the Portland city council decided to extend the former Beech Park in the Argay Terrace neighbourhood, which is a mix of long-term residents and an increasingly diverse population of new residents. The project is by the multidisciplinary firm Skylab Architects alongside the landscape architects from 2.ink Studio, both based in Portland. The residents also contributed through a series of community workshops and meetings.
The result of this collaboration is the revamp and expansion of the former Beech Park, including formerly undeveloped land adjacent to Shaver Elementary School. The park is also close to Parkrose Middle School and Parkrose High School, so it provides some outdoor outlets for students.
The park’s development introduces a mix of new activities onto the site including a community amphitheatre, picnic shelter and restroom, off-leash dog area, a large community playground, interactive water feature, parking areas, walking paths, and community garden. Active uses include a skate spot, climbing wall, basketball, ping pong and soccer.
The park’s design takes advantage of views to the Columbia River and distant Mount St. Helens while introducing a strong sense of the area’s native habitat to tie all of the elements of the park together.  The new park’s name also underscores this connection with the territory: Luuwit is the Upper Cowlitz word referencing Mount St. Helens. This helps to honour the indigenous people who have lived on the land since time immemorial and to recognize the overall history of the area.
The signature element of the almost 65,000-square-metre park is a multipurpose shelter of approx. 155 square metres.  This Skylab- designed building is made from a series of interconnected equilateral triangles of perforated and galvanized steel plate. The folded angular form takes its inspiration from the triangulated peaks of the surrounding mountains, Native American plank houses and river fishing platforms. A simple steel pipe frame supports the shelter to create a flexible space for picnic gatherings or summer concerts. By celebrating the structure’s tectonics and revealing the means of construction, the structure serves to honour the economy and beauty of native structures built by the original inhabitants of the area.
Visual connections through the park make users aware of the world beyond the park: the park program elements and trees are arranged to manipulate view corridors to Mt. Hood and Mount St. Helens and help to organize other site elements including a small steel-clad toilet block. At the highest point on the site, a conical mound recalls the volcanic cinder cones on the horizon.
Luuwit Park in Portland has given nearly 1000 households ready access to a park for the first time. The shelter structures of Luuwit Park won the prestigious Chicago Athenaeum Museum of Architecture and Design’s American Architecture Award 2019, in the Parks and Gardens category. 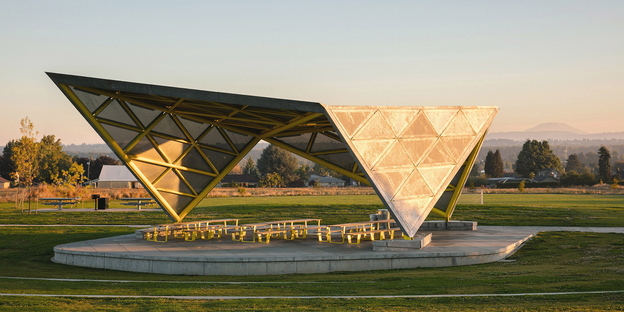 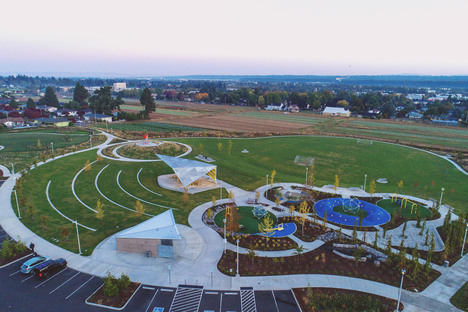 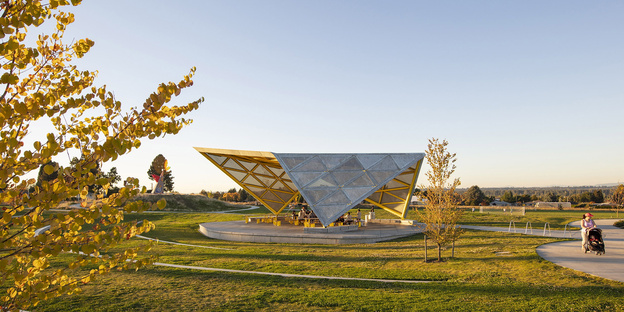 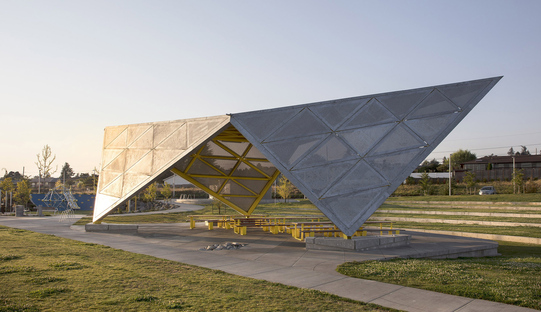 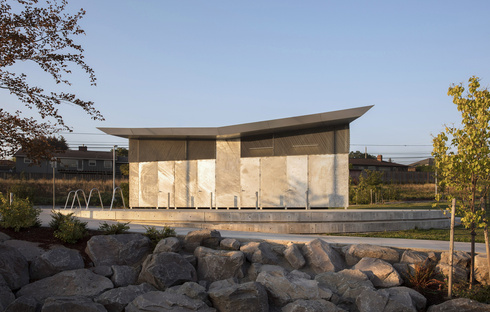 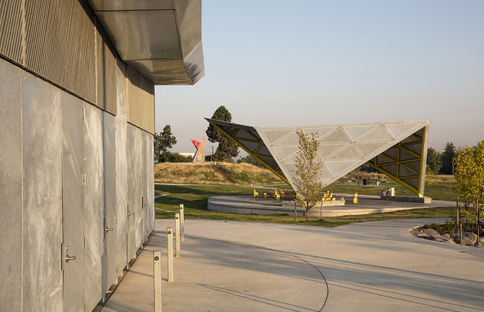 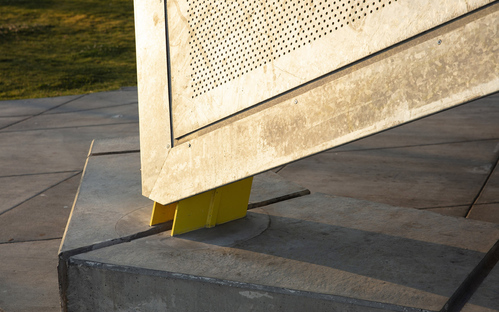 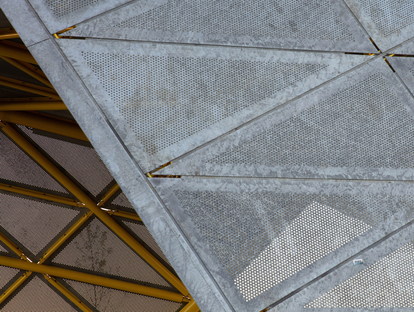 Skylab completes Sideyard, a building to strengthen the neighbourhood’s connections with Portland