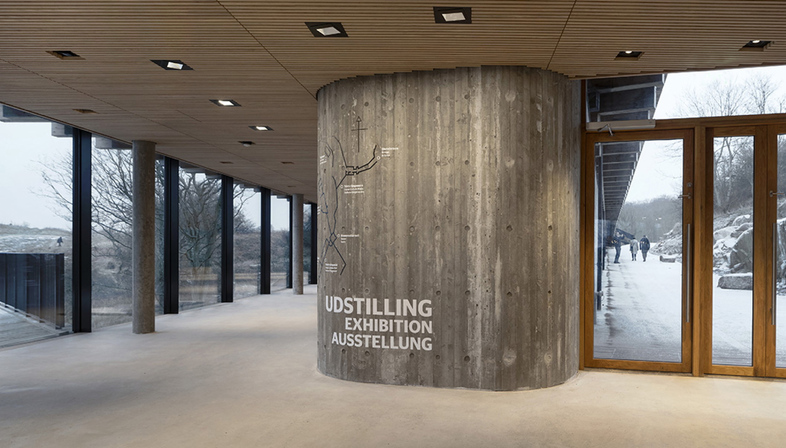 Arkitema Architects and Professor Christoffer Harlang designed the Hammershus Visitor Center in Bornholm, Denmark. The project stands on the site of the largest castle ruin in Scandinavia, focusing on its environment, and it won the Display - Completed Buildings category at the 2018 World Architecture Festival.


The Hammershus Visitor Center is located in Bornholm, the large Danish island on the Baltic Sea with a long, illustrious history. The fortification is located on the northern tip of the island, on top of the cliff overlooking expanses of green meadows and forests and the Baltic Sea. More than a castle, it's a real fortress, the oldest part of which can be traced back to the 12th century: It was a stronghold for the rulers of the island of Bornholm and played an important role in Danish history in general. Hammershus was both a military garrison and prison but the Danish military eventually abandoned it at the end of the 16th century. After that, it slowly transformed into the largest castle ruin in Northern Europe.
Already in 1969, the Danish architect Jørn Utzon was asked to sketch his vision of a new visitor centre for the site, and although his plans never came to fruition, they were not forgotten. The Danish Nature Agency - responsible for the small visitor centre located in an old farmhouse near the castle ruins - really wanted to upgrade the experience for all the tourists who flock to the site each year. So in 2012, a Europe-wide competition was called to find a worthwhile proposal to build this new centre. The brief involved making the most of the view and the visits to Hammershus but it also needed to comply with the strict Danish and EU environmental and cultural regulations to uphold the area’s historic and natural values.
A team composed of Arkitema Architects and Professor Christoffer Harlang won the competition. Their proposal is based on Jørn Utzon's original idea of a building located in the centre of a highly regulated area and to ensure that it would blend into the surroundings without drawing too much attention to itself. So the architects crafted a well-designed, aesthetically attractive building. At the same time, it is discreet and sympathetic to its surroundings as well as being welcoming to visitors.
The new building was constructed so that it would blend right into the landscape, about 200 m east of the Hammershus ruins, and is separated from the castle by a gorge. The regulatory requirements ruled out pillars, so meant the centre was built on a kind of shelf created in the rocks on the hillside. Arkitema Architects and Christoffer Harlang elegantly paired the local oak used for the furniture and throughout the building - including the rooftop terrace that follows the site topography - with bare concrete walls cast in situ. These materials together underscore the engagement of the architecture with the rocky landscape and the stone ruins, while the landscaping helps set up a connection with the island’s original vegetation.
The long, glazed facade of the Hammershus Visitor Center gives fine views of the ancient castle and of the sea, for a unique experience that is generated by the symbiosis of history and nature.
The Center won the Display - Completed Buildings category at the 2018 World Architecture Festival in Amsterdam, which ended last week. 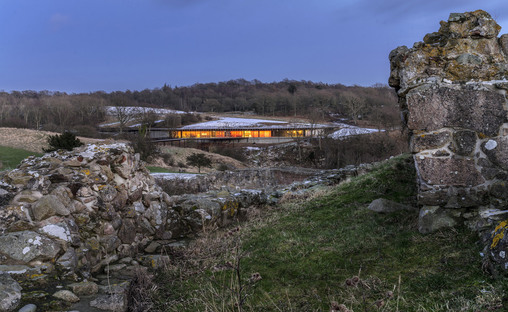 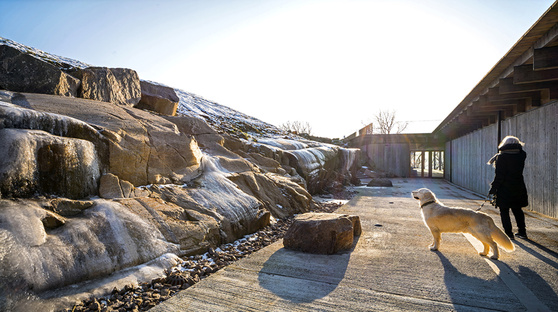 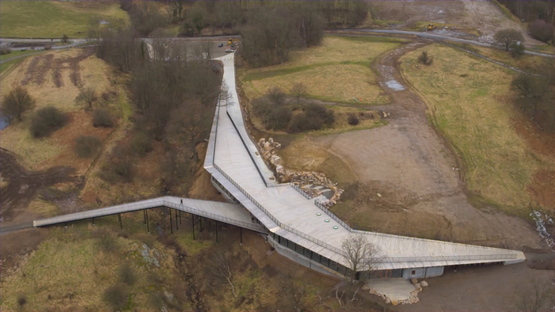 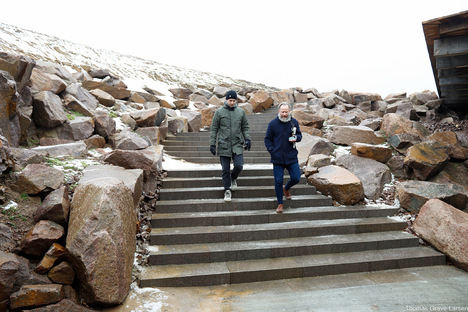 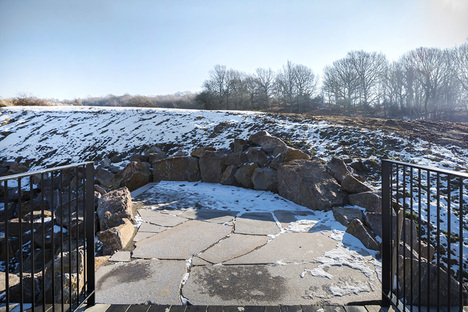 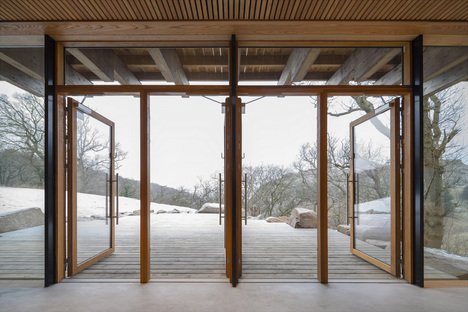 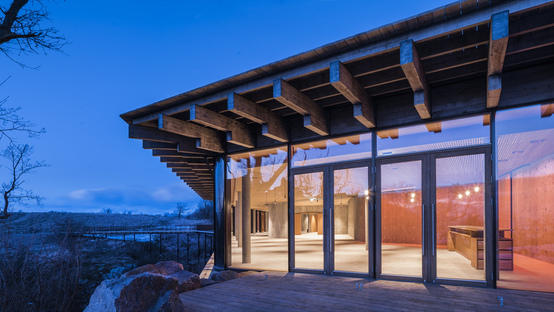 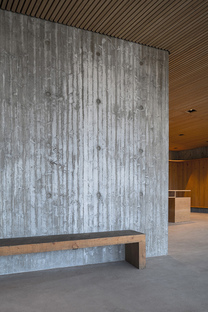 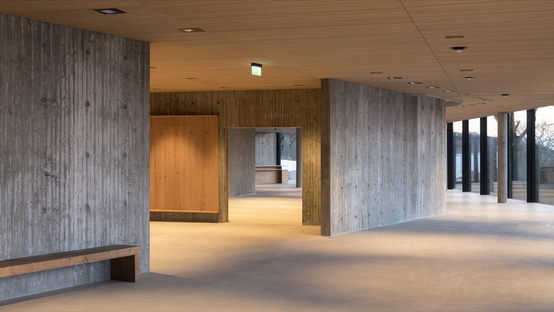 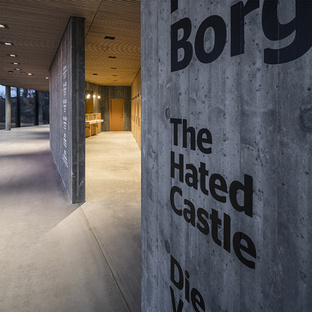 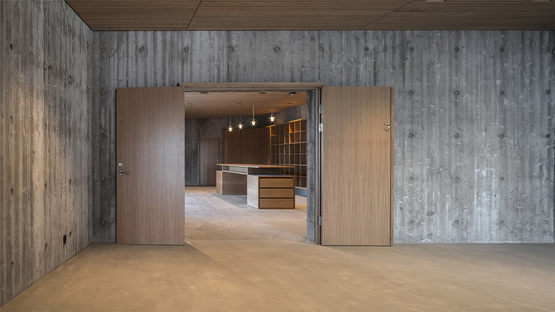 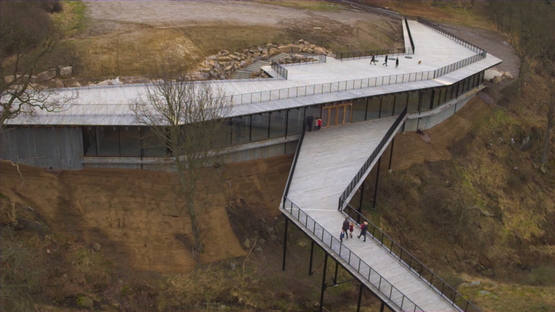