Fuorisalone, The Diner by David Rockwell

The creation of a space suspended in time for a really immersive experience in American design and atmosphere with one of the country's most iconic cultural experiences: “The Diner” by architect David Rockwell celebrates the 25th anniversary of leading American design magazine Surface. 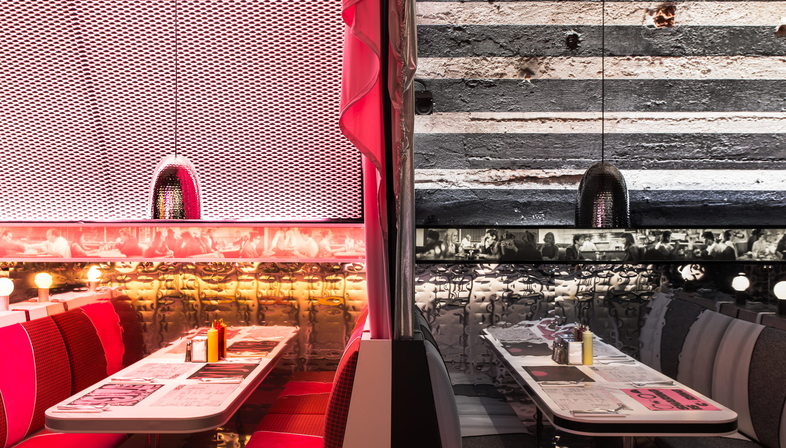 The creation of a space suspended in time for a really immersive experience in American design and atmosphere with one of the country's most iconic cultural experiences: “The Diner” by architect David Rockwell celebrates the 25th anniversary of leading American design magazine Surface.


Certain movie locations are truly quintessential and one of these is the American diner: so many films and TV series have created a cult out of these hang-outs and now, to celebrate its 25th anniversary, the American design magazine Surface,  is collaborating with David Rockwell and creative studio 2x4. to give us this experience first-hand at Ventura Centrale.
Open throughout Milan Design Week during the International Furniture Fair, so up until 22 April, The Diner is a fully operational pop-up restaurant that takes us on a legendary coast-to-coast journey, where four distinct environments - the Roadside Diner, East Coast Luncheonette, Midwest Diner and West Coast Diner - form the iconic backdrops for a series of events during the week, as well as for items and elements made by a range of US (like Design Within Reach from NYC) and other design brands.
The Diner is a standout visual experience that skilfully plays on our collective idea of these places. The concept, strategy and execution of The Diner was created in partnership with strategic consultancy firms Jacob Peres Office and Allenby Concept House.
Founded in 1984 by David Rockwell and based in New York with a satellite office in Madrid, Rockwell Group specialises in a wide array of work, including luxury hospitality and set design. In his work, David Rockwell draws on his passion for theatre and public spaces as well as interactive technology and fine craftsmanship to give each project an individual narrative concept that transports visitors to a parallel world. In the case of The Diner, visitors can soak up the feel and products of some of the world's most celebrated design brands plus they can dine on the original cuisine executed by renowned New York-based specialty food venue Murray's Cheese, with a nod to its culinary tradition while giving a taste of the future.
Architect David Rockwell and 2x4's creative director Susan Sellers participated in a talk on 16 April, hosted by Spencer Bailey, editor-in-chief of Surface Magazine, followed by a VIP event, and as they said, all Americans have their own personal memory of the ubiquitous Diner, which in some way has affected their individual story. These uniquely American waypoints are “inherently optimistic”, says Rockwell, and we can enjoy an immersive experience that embraces all our senses, a real must of the Fuorisalone, located close to Milan's central railway station!

The Diner
by Rockwell Group with 2x4 for Surface Magazine
Concept and strategy: Jacob Peres Office e Allenby Concept House
Ventura Centrale - via Ferrante Aporti 11 - Milan
17 to 22 April
from 10 am to 8 pm (closing at 5 pm on Sunday)
Images: courtesy of Surface Magazine 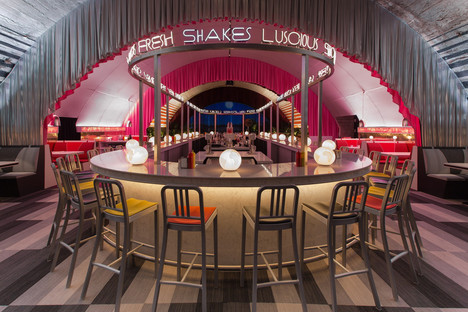 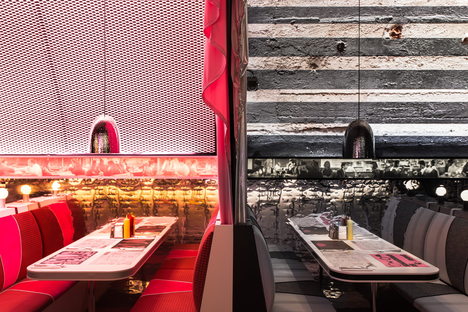 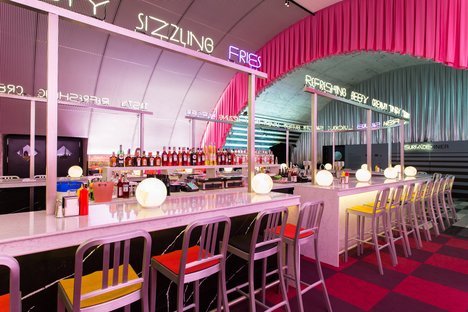 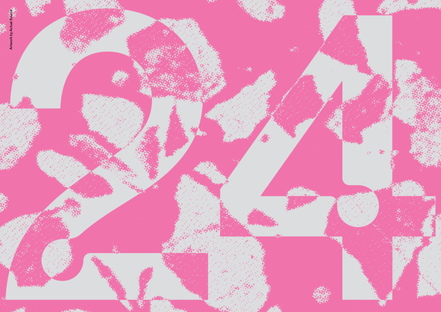 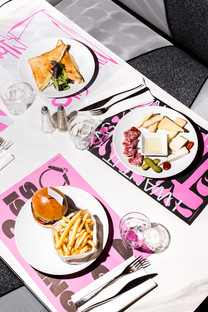 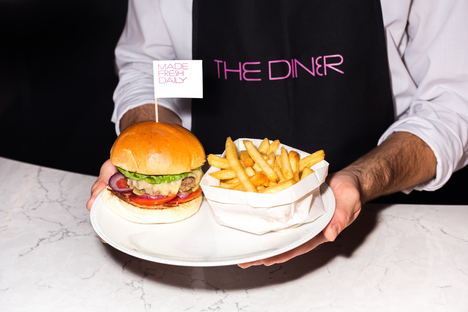