The completion of the Frizz23 building at the southern end of the Friedrichstrasse marks a milestone in Berlin’s property policy, showing how bottom-up urban development is possible, constructive and successful when local players and citizens take the initiative. 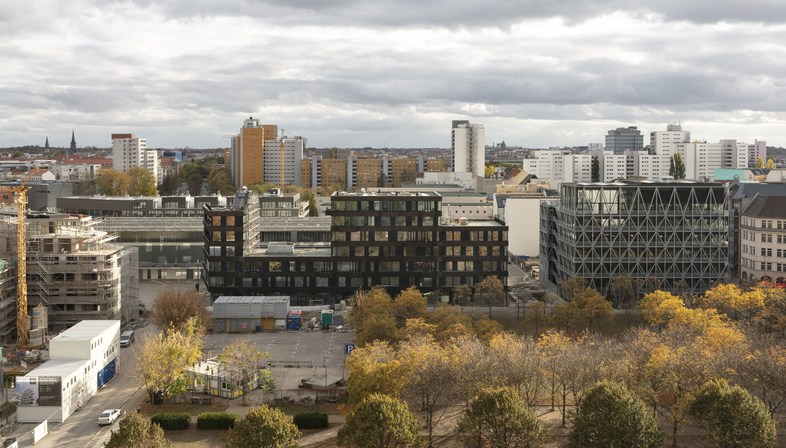 The completion of the Frizz23 building at the southern end of the Friedrichstrasse marks a milestone in Berlin’s property policy, showing how bottom-up urban development is possible, constructive and successful when local players and citizens take the initiative.


What happens when a city goes with an urban development policy that favours the interests of the people rather than the big property developers? It generates a new way of crafting architecture. This is exactly what has happened in Berlin with the Frizz33 building located at the southern end of the Friedrichstrasse. Lots of players were after the land around the former wholesale flower market. After the wall fell and until now, lots of galleries, pop-up establishments, retail and social initiatives had taken up residence in this area, between the Friedrichstrasse and Daniel Libeskind’s Jewish Museum.
Thanks to the efforts of Dr Helmut Riethmüller from the FORUM Berufsbildung training firm, followed later by the involvement of a group of small investor owners, the government of Berlin assigned the three hotly contested plots to the most promising design concept with the greatest benefits for the population.
This rather novel idea combines training, creative business and spaces for temporary living in an overarching project called Frizz23, the brainchild of Deadline Architekten headed by Britta Jürgens and Matthew Griffin together with FORUM Berufsbildung. This cooperative group was awarded the contract for the lot between the market and the Besselpark in 2014. It took all these years, with ongoing discussion and heated debate between the local players and government but the end result is innovative architecture involving an astonishing 42 investors on the construction team.
In keeping with the structure of this joint venture, Frizz23 consists of a three-building volume. The facade clad in blue aluminium panels and charred wood gives the building a unified appearance. The five floors in the western block, overlooking the Friedrichstrasse and next door to the new headquarters of Berlin’s TAZ newspaper are dedicated to training with rooms for seminars and events. Then the seven-storey tower at the east, which houses minilofts and café connects with the Fromet-und-Moses-Mendelssohn-Platz square. In between these is the Mittelbau, or middle part, which accommodates small creative studios. The floor plans of these spaces are designed for mixed uses based on the needs of the single occupants and ranging from small studios and open space offices through to three-floor units.
Frizz23 doesn’t just offer a new blueprint for bottom-up community architecture, which is actually based on the interests of the occupants, it also gives its users a delightful overview of the history of 20th-century Berlin. We’re talking about the apartment blocks from the ‘60s and ‘70s to the post-modern buildings of the Berlin IBA 1987, with the standout residential tower by John Hejduk, the colourful windows of the Rocket-Tower by Sauerbruch-Hutton, the high-rise apartment blocks on Leipziger Strasse, responding to Axel Springer’s sparkling skyscraper and including the iconic TV tower of Alexanderplatz. 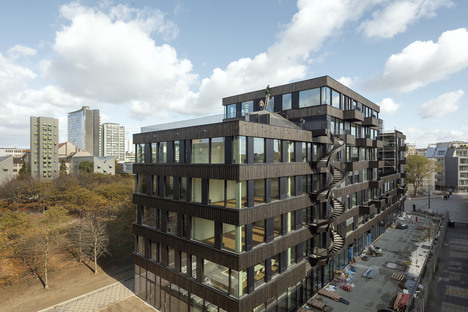 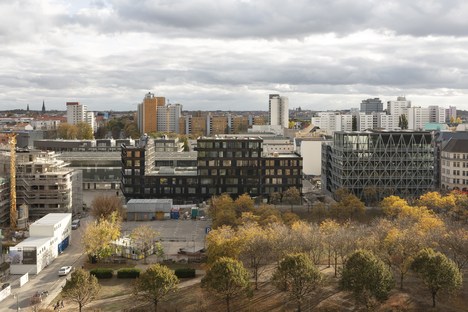 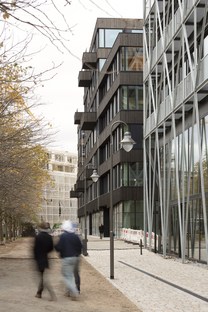 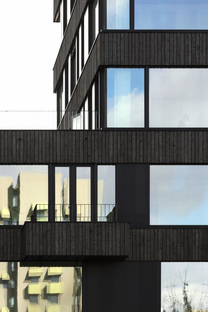 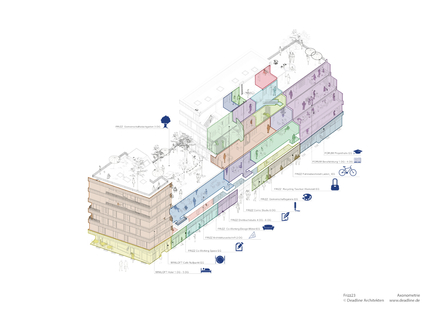 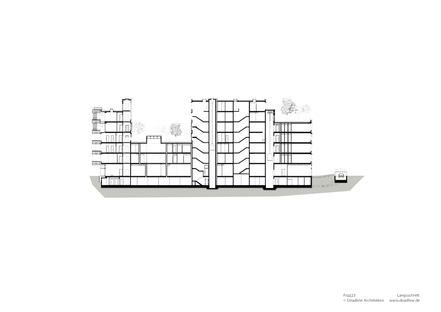 Eskew+Dumez+Ripple, The Shop at the CAC in New Orleans