Exhibition Katharina Grosse. It Wasn’t Us in Berlin

The German artist Katharina Grosse is renowned for her multi-dimensional pictorial worlds where bright colours sweep across walls, ceilings, objects, and even entire buildings and landscapes. She has now transformed the Historic Hall of Hamburger Bahnhof – Museum für Gegenwart – Berlin, and the outdoor space behind the building, into an expansive painting which radically destabilises the architecture of this contemporary museum space. 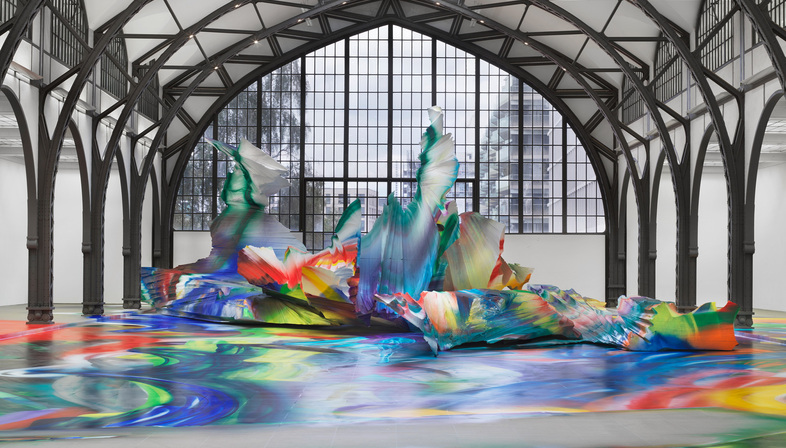 Katharina Grosse is a contemporary artist who creates site-specific works that engulf both interior and exterior spaces, unhindered by the traditional boundaries of the pictorial field. She has a preference for architecture, as we saw in 2016 when on Livegreenblog we showcased “Rockaway”, her contribution to MoMA PS1’s “Rockaway!” programme in Fort Tilden, New York (2016). In that case, the decaying - and condemned - architecture on Long Island became the artist’s blank canvas, on which she directly applied bright colours to blend building, nature and art.
She’s done the same thing now in Berlin. For her site-specific artwork titled “It Wasn’t Us”, Katharina Grosse cut across the boundaries of the Hamburger Bahnhof - the former terminus of the Hamburg-Berlin railway and now part of the contemporary art museum - in a grand sweep of bright colours. “I painted my way out of the building” is how the artist described her work, which she defines as “paintings without limits”.
Over several weeks, Katharina Grosse created a vast new painting that stretches across the Historic Hall of the Hamburger Bahnhof and into public space, over the extensive grounds behind the museum, finally landing on the façade of the so-called Rieck-Hallen pavilions which were inaugurated as an extension to the museum complex in 2004. This kaleidoscopic painting brings together colours and forms, natural and man-made surroundings and its visitors as participants in the artwork itself.
Which Katharina Grosse sees as a critical combination. Because the boundaries between objects, and between horizontal and vertical orientations begin to melt away, and the work’s scale continuously shifts depending on the visitor’s position. The choice of the location and the many different factors and conditions it entails have also influenced the artist’s development of the painting, just as the permanently shifting sightlines of the viewer and unexpected interactions with the work determine the process of perception. In this sense, the work’s title, “It Wasn’t Us” can be understood as a reference to the complexity and unpredictability of a given situation, whether it be the conditions under which artists create their work or the conditions under which those works are later experienced.
Grosse’s art is abstract. Yet her works share some similarities with graffiti and street art, given that she too reshapes facades and symbolically takes over the architecture. And like murals in the streets, her paintings are fleeting, in this case, too, the work will last only as long as the duration of the exhibition, which opened on 10 June for the new, post-pandemic phase. Not only that but the space that accommodates It Wasn’t Us is destined to disappear in place of a new and controversial housing project, so we highly recommend a visit if you’re in Berlin at some point over the next six months! 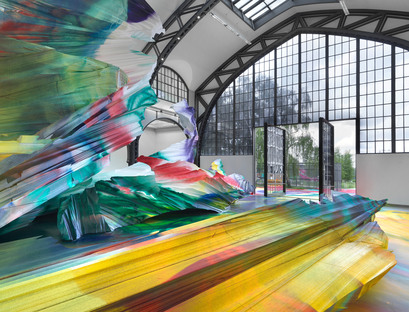 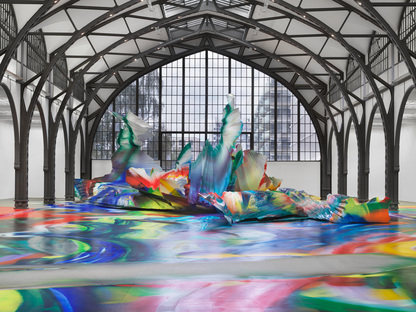 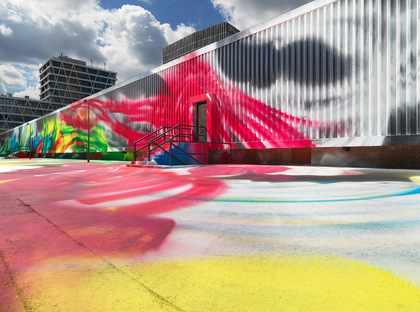 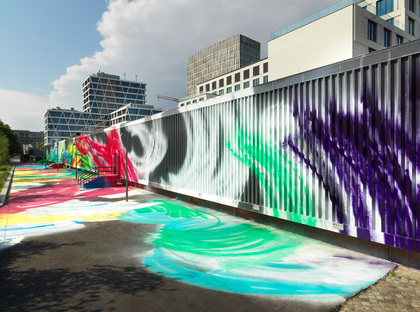 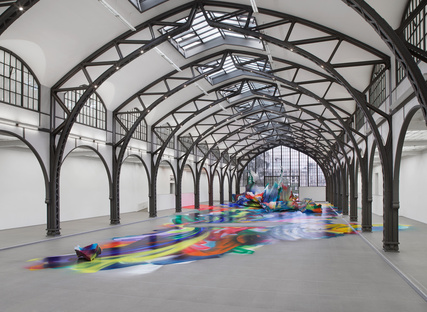 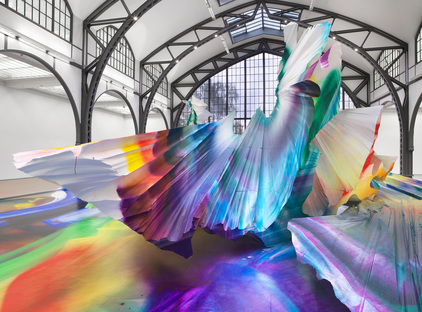 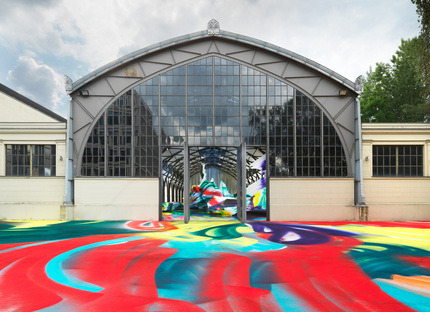 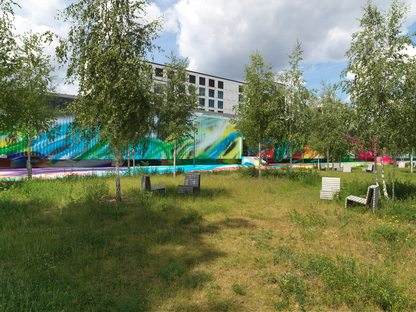 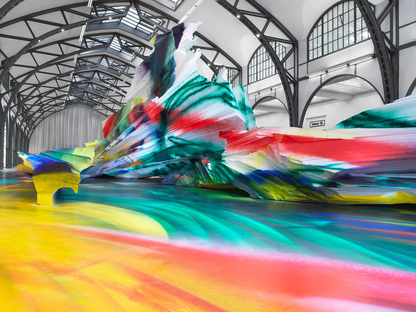 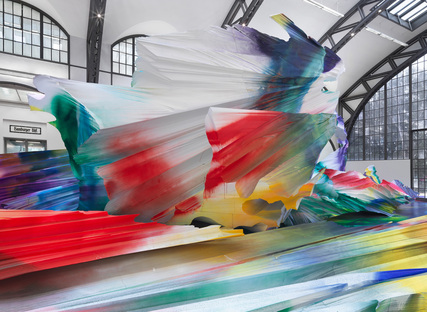 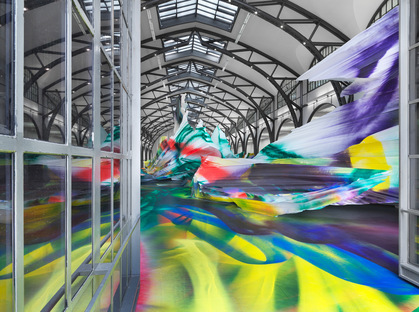