On the roof terrace of Cité Radieuse in Marseilles, until 2 October the MAMO is exhibiting a coming together of French-Swiss artist and the grand master of the modernist movement, Le Corbusier.

On the roof terrace of Cité Radieuse in Marseilles, until 2 October the MAMO is exhibiting a coming together of French-Swiss artist and the grand master of the modernist movement, Le Corbusier.

In 2013, French designer and artist Ora Ito created the MAMO on the rooftop of the Marseille Modulor (MaMo) better known as Cité Radieuse, the famous “Unité d'Habitation”, as a location dedicated to artistic creativity, making Le Corbusier's masterpiece - built between 1945 and 1952 - both its backdrop and the spark for new contemporary creations. Apparently Le Corbusier himself intended to hold performances and exhibitions on the MaMo rooftop..

After Xavier Veilhan, Daniel Buren and Dan Graham, for the 2016 installation Ora Ito sought an artist who could take not just a building of great value - along with another 16 constructions and sites by Le Corbusier two weeks ago it was listed as a UNESCO world heritage  - but what is actually a whole village and play with it, underscoring and showcasing it. 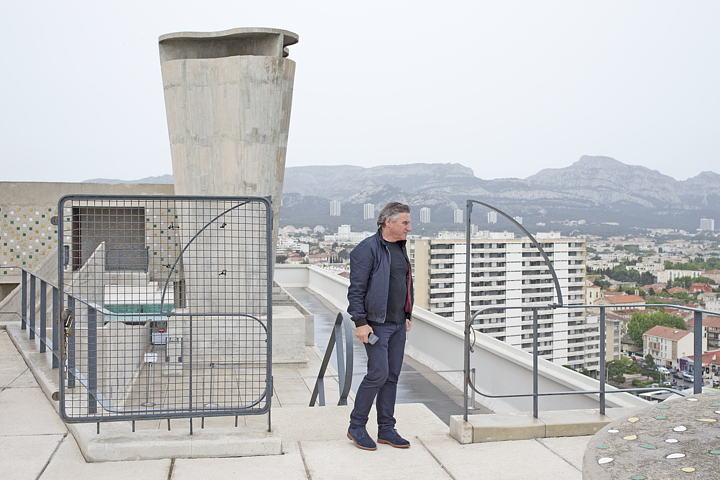 So Paris-based Swiss artist Felice Varini was invited to try his hand with this vertical town of 337 duplex apartments, the manifesto of one the 20th century's most influential architects.

Shaped like an ocean liner, the rooftop terrace of Unité d'Habitation is the ship's bridge, offering a unique view over the city of Marseilles, whose history is so closely tied to the Mediterranean. 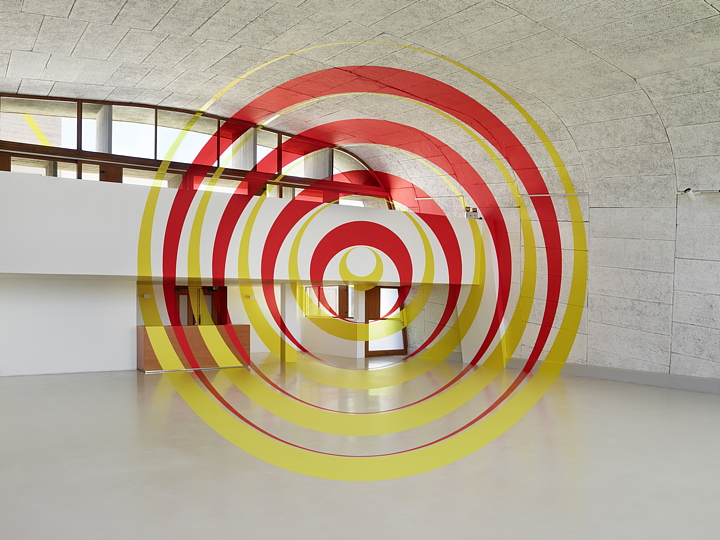 Felice Varini - known for his “site-specific” approach - interacts with Le Corbusier for the first time here. He designed some bold red and yellow geometric pieces, using the project-stencil technique to change our perception of the place, selecting specific vantage points from which he wanted his pieces to be viewed.

Felice Varini proposes three separate “Open Air” works on the rooftop: Triangles Percés, À ciel ouvert and Quatre Droites aux Trois Croisements. Each one gives visitors a new visual and spatial experience of Le Corbusier's architecture, without losing sight of its urban setting - Marseilles. An artistic invitation to take a really close look at this masterpiece of modernist architecture to get a better understanding of it. 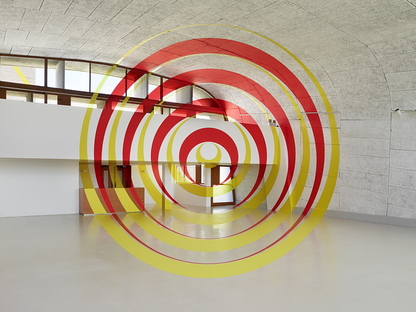