The exhibition entitled "Contested Modernities. Postcolonial Architecture in Southeast Asia" and presented at the Haus der Statistik in Berlin explores modernism in Southeast Asia. A little-known topic in Germany, also with regard to the preservation of these buildings, which is part of a broader discourse that is very similar worldwide. 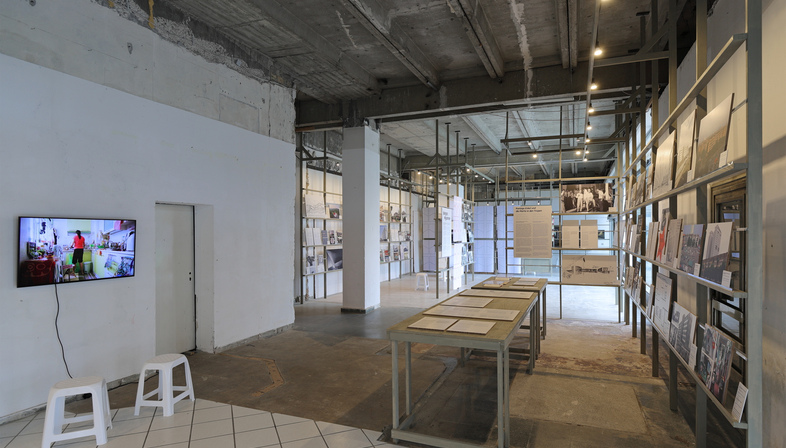 The discussion about the preservation and protection of modernist buildings is a rather heated topic not only in Europe, as modernist buildings are indeed scattered all over the world, including in the countries of Southeast Asia. Thanks to the independence achieved by various states around the middle of the 20th century, the appearance of many cities changed as a result of the desire to accompany the birth of a new nation with architectural and urban planning gestures. International modernism as a current provided the aesthetic programme in which the expectations of progress and prosperity were reflected, at the same time serving to emancipate from colonial powers.
By reworking the ideas and concepts from a regional perspective – in other words with knowledge of the climatic requirements of buildings in tropical regions and cultural specificities – local modernisms emerged which, for a long period of time, shaped the image of Southeast Asian cities.
But today, times have changed: rapid urbanisation processes, a political reassessment of one's history and new requirements in terms of use mean that the significance of postcolonial architecture in the region is gaining interest. Added to this is a critique of the widespread interpretation of modernism as a movement originating in the West. In Germany, the buildings of Southeast Asia modernism and current discussions about their preservation are little known. The exhibition entitled Contested Modernities. Postcolonial Architecture in Southeast Asia therefore brings the Southeast Asian discourse to Berlin, where surprisingly similar discussions about the architectural legacy of modernism are underway.
Contested Modernities is part of the long-term Encounters with Southeast Asian Modernism programme, originally launched in 2019 with exhibitions and events in Phnom Penh, Jakarta, Yangon and Singapore. Five curatorial teams have explored the significance of local architectural modernisms in different ways. The exhibition brings these contributions together in Berlin. Documentary projects, interviews and artistic research works provide great insight into the debates conducted in the respective cities. These contributions are complemented by a look at the role played by the two German states in the modernisation process in Southeast Asia during the Cold War. The section of the exhibition entitled “Poelzigs Enkel und die Platte in den Tropen: Deutsche Einflüsse und Projekte in Südostasien (Poelzig's nephew and the prefabricated slab in the tropics) takes stock of planning and construction activities with the participation of the Federal Republic of Germany and the GDR (German Democratic Republic) in several countries in South-East Asia from the 1950s to the 1970s. The intent is to open a shared thought process to explore new perspectives on the perception and treatment of modernist architecture in Southeast Asia, as well as in Germany, of which the exhibition venue, the Haus der Statistik (House of Statistics) is a good example. Built as an administrative building in a central location in the city, it remained empty after reunification, doomed to demolition. Thanks to the commitment of civil society and an open-minded administration, it will now be reused as a model project combining cultural, social, educational, residential and administrative uses in this special place.
Contested Modernities is an initiative curated by Sally Below, Moritz Henning, Christian Hiller and Eduard Kögel. 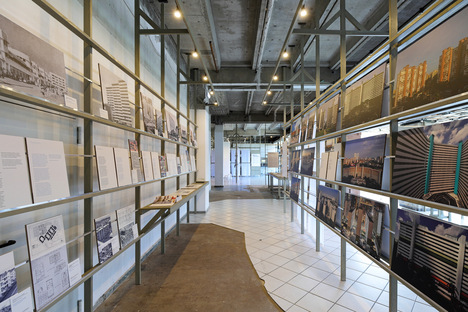 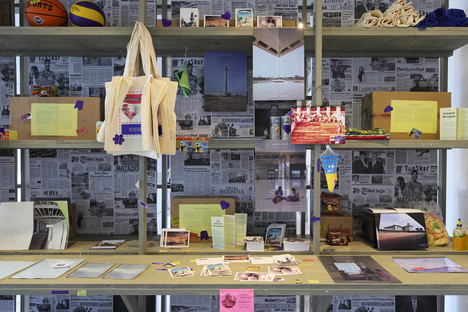