The SPOJOVNA brewery in Prague, designed by mar. 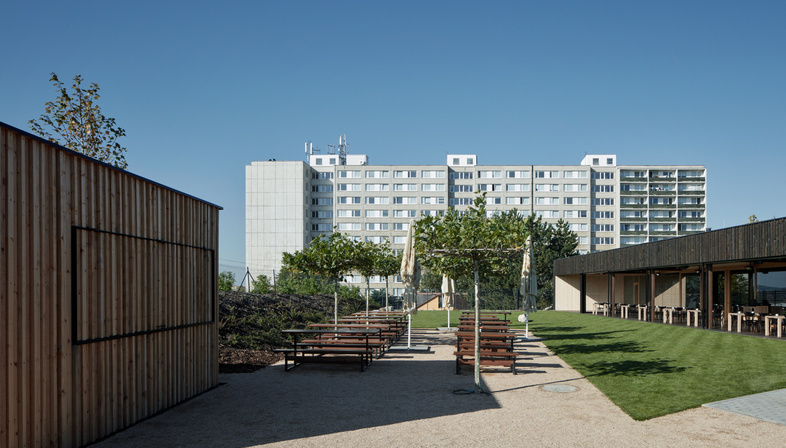 The SPOJOVNA brewery in Prague, designed by mar.s architects, is positioned at the convergence of three Prague districts. This is the fourth architecture that the client Pivovar Spojovna wanted and it responds to the particular characteristics of the location without neglecting the coordinated image of the group.


It's Friday, and if you're in Prague, there's a new venue where you can get together with friends and kick off your well-deserved weekend break: the SPOJOVNA brewery by Czech firm mar.s architects. It was constructed for the brewer Pivovar Spojovna, whose Trautenberk brewery hotel we have also presented (link), the end result of the makeover of an early 20th-century construction in the mountainous region between the Czech Republic and Poland.
Here instead we're in a strategic point of Prague where three districts meet - Chodov, Kunratice and Šeberov- and whose diverse populations are reflected in the names of the beers on offer: študák, represented by a student hostel, kravaťák, a business in the nearby office park, and fešák that instead refers to the common life of the inhabitants of the housing estate overlooking the brewery complex, which is formed of an actual brewery with restaurant and a large garden with outdoor bar set up for a number of sports and cultural activities.
The project by the design team at mar.s architects is comprised of a box-shaped building clad in spruce wood, a solid building that only opens in two places: onto the south-facing restaurant joined to the roofed terrace and garden with a large glass wall, and onto the brewery part itself, so people can actually see the beer-making process.
Inside, the architects have skilfully combined different types of materials: spruce for the floorboards, cladding on the ceiling and one of the walls and grey-painted bricks with the perforated side facing the interior. All the exposed areas are protected with a concrete screed. All of this solidness is offset by the lighting provided by clusters of large round glass fittings.
One of the most significant elements of the whole interior are the black-painted steel bars, used as table and bench legs, as horizontal supports for the light fittings under the roof and last but not least as the frames for the floor-to-ceiling partitions bars that reshape the space. The large wood-burning stove sets up a warm, almost homely feel in the lounge area where the long table against the wall seats 16 people.
The team from mar.s architects opted to use a concrete block for the bar, with the open kitchen behind it underscoring the engagement between host and guest.
The graphics studio dynamo design was appointed for the branding of the SPOJOVNA brewery. They created the graphic design with the logo and claim for a consistent visual identity.
The result is a mixed location - as diversified as the zone it stands in, offering the office workers from the nearby park lunch during the day and the possibility to relax in the evening more informally with friends around a tankard of beer. Not to mention summer, when the brewery's large garden really livens up with cultural events, becoming a real hub for students and the local community of these three districts in Prague. 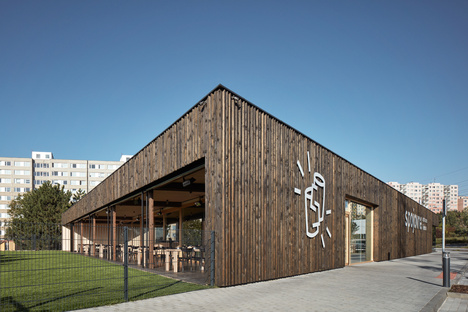 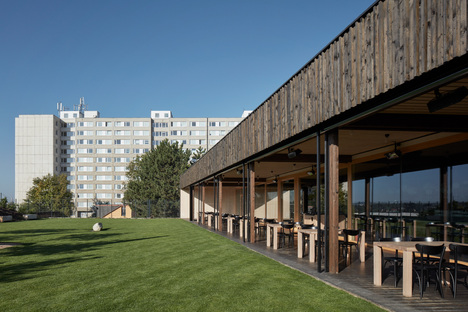 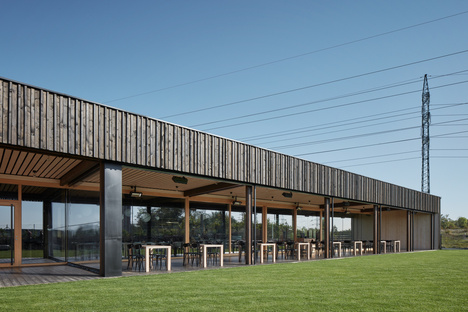 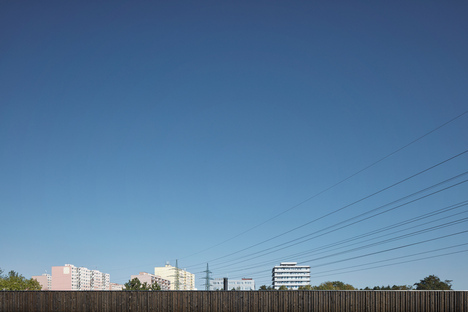 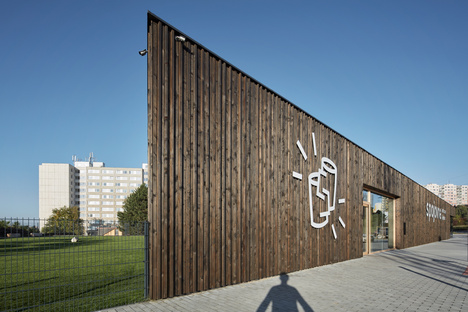 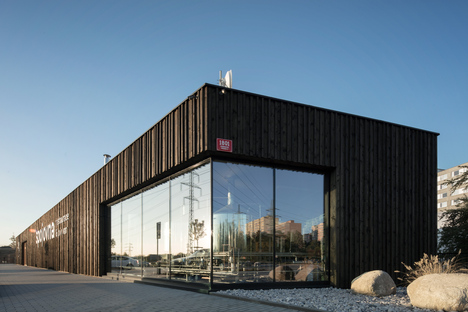 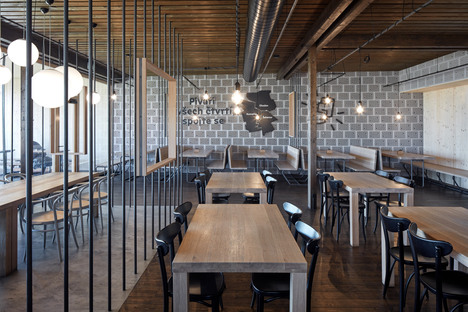 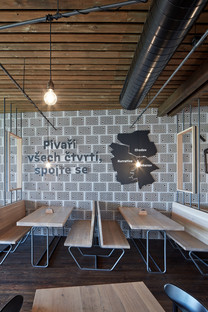 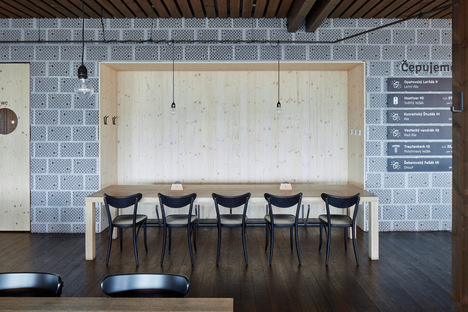 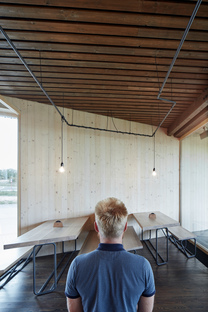 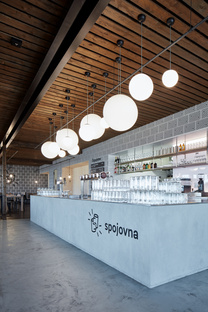 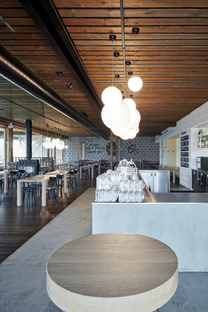 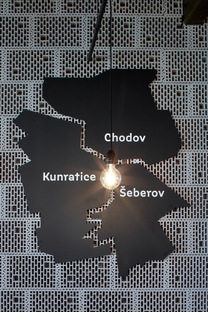