Trautenberk brewery and hotel by ADR in the Czech Republic

With the summer season well and truly underway we begin our usual presentation of hospitality facilities. 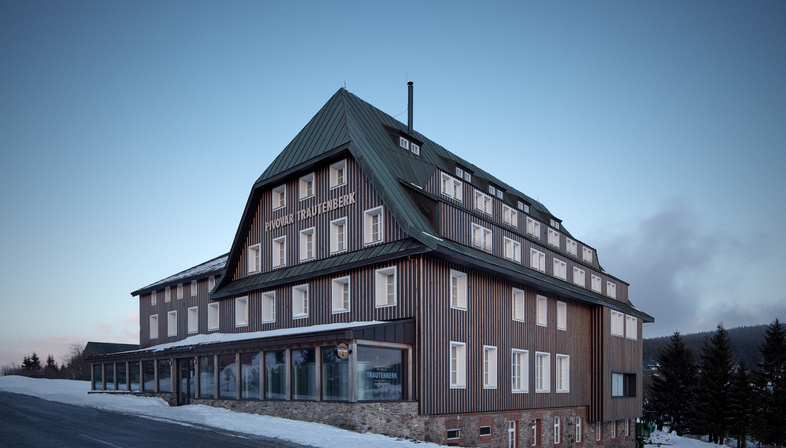 With the summer season well and truly underway we begin our usual presentation of hospitality facilities. The Trautenberk brewery hotel designed by Czech architectural studio ADR is the end result of the makeover of an early 20th-century construction in the mountainous region between the Czech Republic and Poland.


The Krkonoše (Giant) Mountains are the most frequently visited mountain range in the Czech Republic, popular with local and foreign tourists alike. This region lies on the border with Poland, just 125 kilometres north of Prague. It is the largest mountain range in the Czech Republic, with the highest peaks, and all together it forms a national park divided into twelve natural reserves with a surface of more than 36,000 hectares, making it one of the biggest in Europe. Particularly impressive are the flat, rounded peaks, the highest being the Snezka at 1,602 metres above sea level, and the deep valleys. A hiker's paradise in summer for trekking along the clearly signposted trails and a delight for skiers in winter thanks to the ski slopes and lifts.
The latest work by the Czech architecture firm ADR, founded in 1996 by Ales Lapka and Petr Kolar with a team of architects and engineers, is set against this highly prestigious natural backdrop.
The designers tackled an old hotel from the early 1900s in the village of Horní Malá Úpa (1045 m asl), which has now been completely renovated as part of the renowned SKiMU ski resort.
For this project, the architects took their lead from the traditional houses of the area, the homely and timber-clad roubenky. But first they had to restore the original structure that had been devastated by all the extra layers from the many renovations carried out over the years, and they stripped it of all the extra volumes and coatings.
After this careful project work by ADR, the Trautenberk now stands in all its glory on the original foundation of local stone and with completely revamped interiors to meet its new needs. This includes the micro-brewery located in the basement of the lodge, producing a maximum volume of 10,000 hectolitres of beer a year. A local product highly appreciated by both the residents of Horní Malá Úpa and visiting tourists, thereby giving an important boost to the village economy outside the peak tourist seasons.
A restaurant is located on the ground floor, where the ADR architects also restored the stunning original lamps from the pre-war years. The floors above have been fitted out in mountain lodge style to accommodate a total of 130 people, including rooms for families; there's even a sauna where you can relax after a long hike through the Krkonoše Mountains before you sit down to eat or enjoy a fine beer.
The Trautenberk brewery hotel designed by ADR adds to the already large portfolio of this award-winning Prague-based studio with a very elegant project that is respectful of the context and of the history of its location. The perfect place to combine an active, nature-filled holiday with all the pleasures of fine dining and good beer. 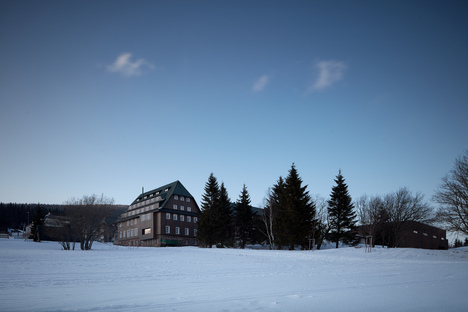 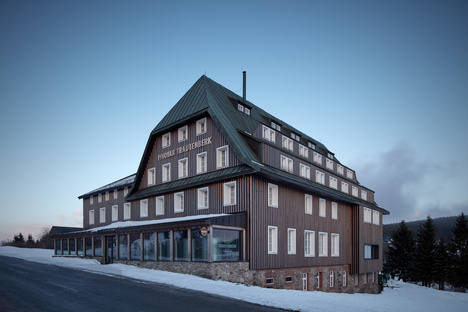 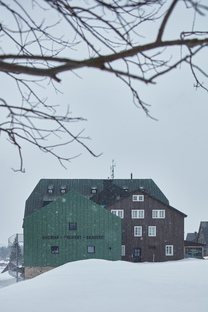 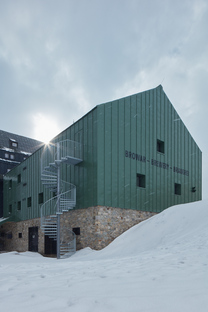 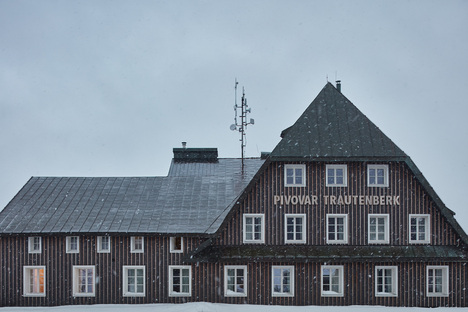 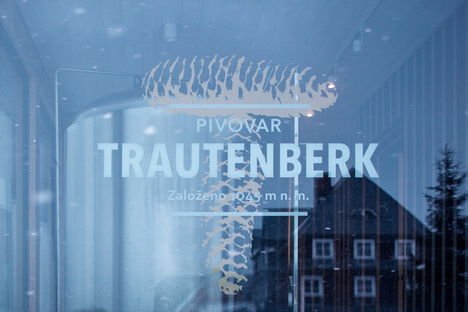 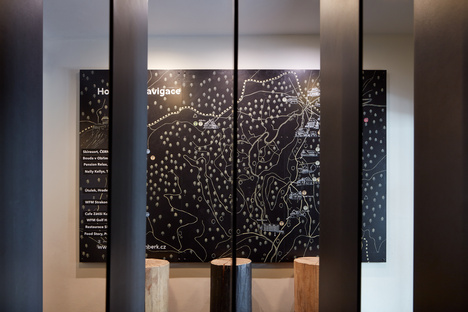 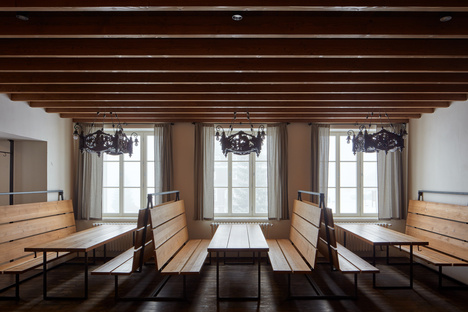 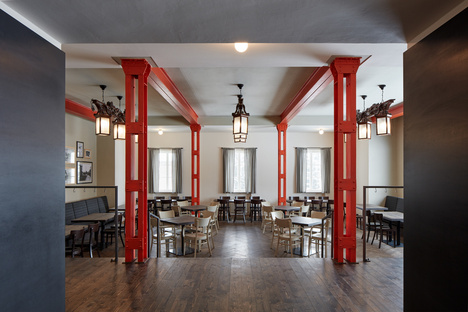 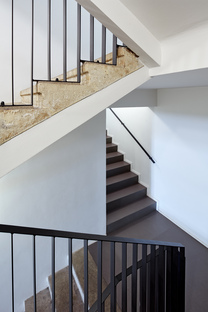 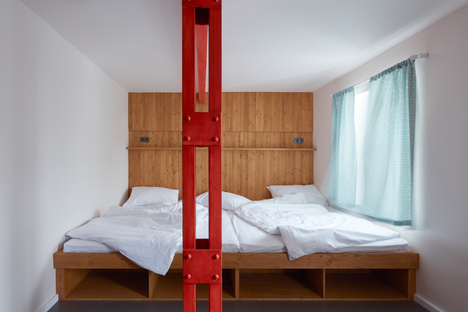 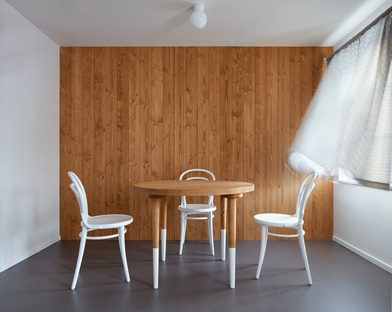 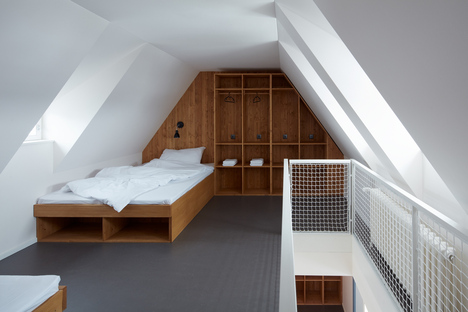