The architect and interior designer Thilo Reich has brought the narrative of Berlin, a city synonymous with lifestyle, to a venue in Moscow. 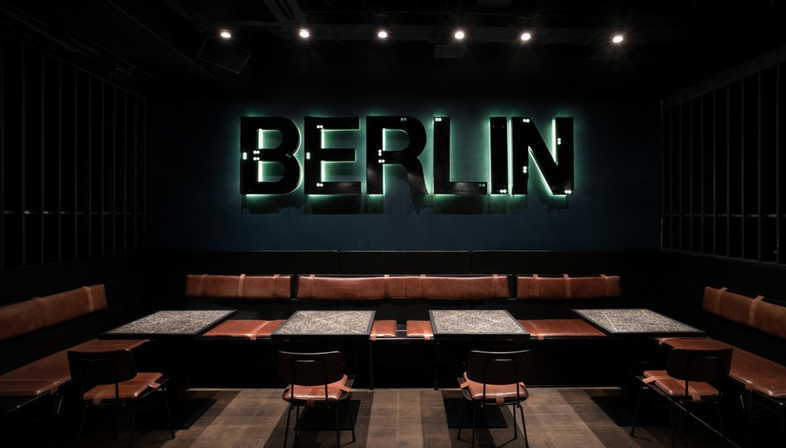 The architect and interior designer Thilo Reich has brought the narrative of Berlin, a city synonymous with lifestyle, to a venue in Moscow. A creative intervention that uses elements of the public space in the German capital to create an interior with definitely metropolitan traits.


Even almost 30 years after the fall of the wall, Berlin still stands as a symbol of a fast-paced, cultural place with open spaces and endless nightlife. The atmosphere of Berlin is really special and it's no coincidence that bars and nightspots bearing the name of Berlin are springing up all over the world, and with that name goes the promise of transferring this really unusual experience thanks to architectural storytelling.
The architect and interior designer, Thilo Reich - whose office is based in Berlin - was commissioned by a Russian client to design a Berlin Bar in Moscow and he adopted a very particular approach. Instead of coming up with a carbon copy of one of the German capital's trendy clubs, he used the public space of Berlin, focusing specifically on the relations between Berlin and Moscow, particularly in the last century.
Reich personally took castings of pavement segments from Berlin that reference the exchange and history between Berlin and Moscow: the sidewalk in front of Café Moskau, the former demarcation line between the Russian and the American Sector (Checkpoint Charlie) and the Berlin Wall, Glienicker Brücke and the district of Charlottenburg with its traditionally large Russian population. Because they are too irregular for a dance floor, he used them as wall decorations. Diners here are treated to a full-on, all-round experience because the use of urban street elements of Berlin as the setting for the bar runs through Thilo Reich's whole design concept.
What he does is craft a narrative that picks up on traces and moments of Berlin life: for example, the lights are made up of modules of East Berlin street lights. The substructures of the brown leather benching are made of simple beer benches, once imported from southern Germany, now an integral part of Berlin’s streetscape. Other details, like the hand-blown cocktail glasses that echo the diamond pattern of the tables, or a mirror made from the repurposed window frames of the former Palast der Republik - a building that stood as a symbol of former East Germany that was demolished between 2006 and 2008 - showcase the attention to detail that went into the architectural concept. Real authenticity because Thilo Reich has only used Berlin materials and products made in Berlin.
Past and present are closely interwoven in the design of the Berlin Bar in Moscow. This feeling was obtained with great attention to detail to propose an architectural narrative as realistic as possible, underscored by the large dark backlit lettering on the wall that spells out BERLIN, reminiscent of corporate advertising in the former Russian sector in Berlin.
The Berlin Bar recalls the historic ties between the two cities and in the same way celebrates the present-day Berlin, providing guests with an authentically Berlin feel, far from the golden, brightly-coloured chic style that is so often associated with Moscow's nightlife. 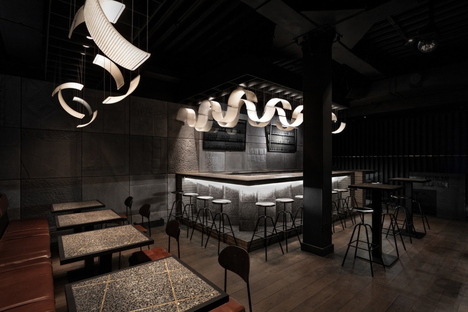 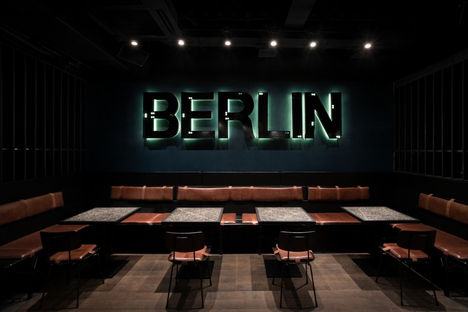 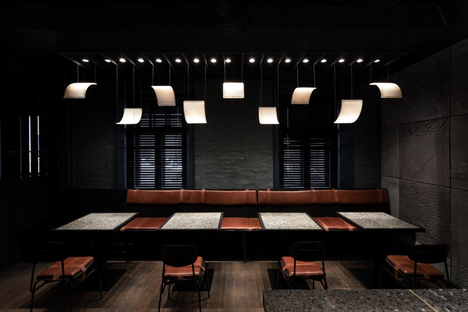 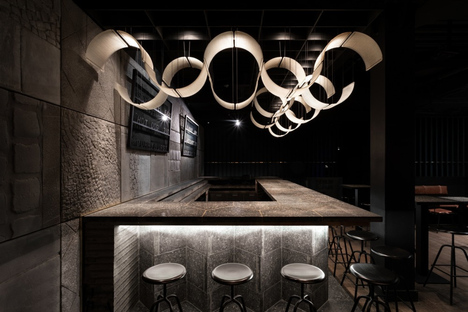 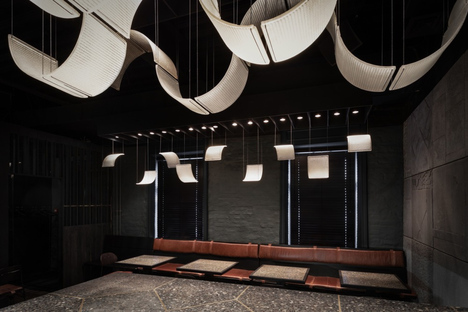 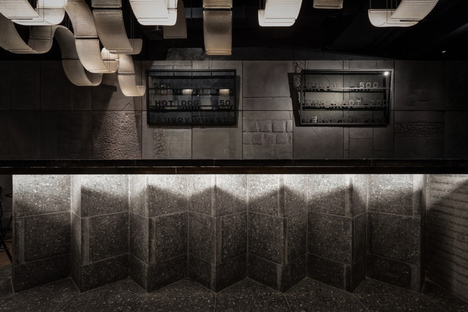 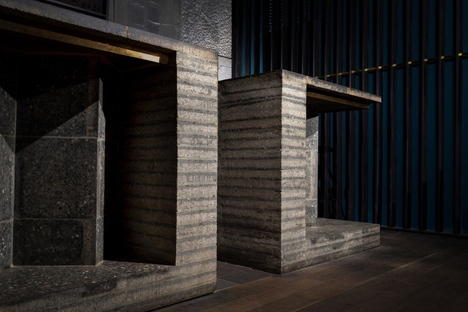 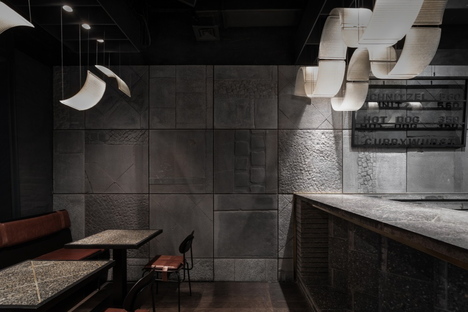 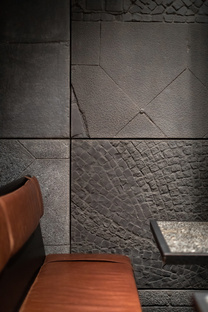 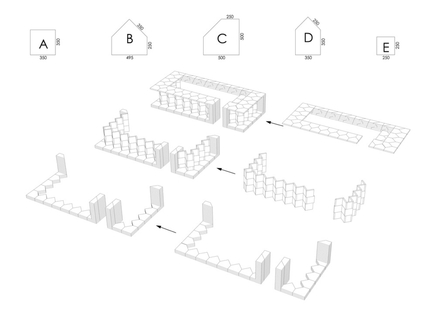 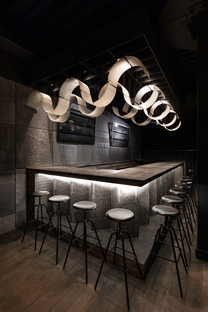 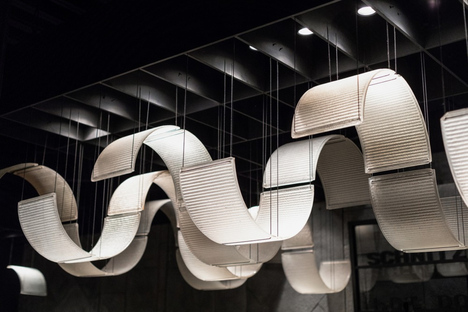