The Ordre des architectes du Québec (OAQ) announced the winners of its awards of excellence and distinctions for 2020 online, during a live, interactive gathering. This year’s Grand Prix d’excellence went to the Espace Paddock, designed by Les architectes FABG. 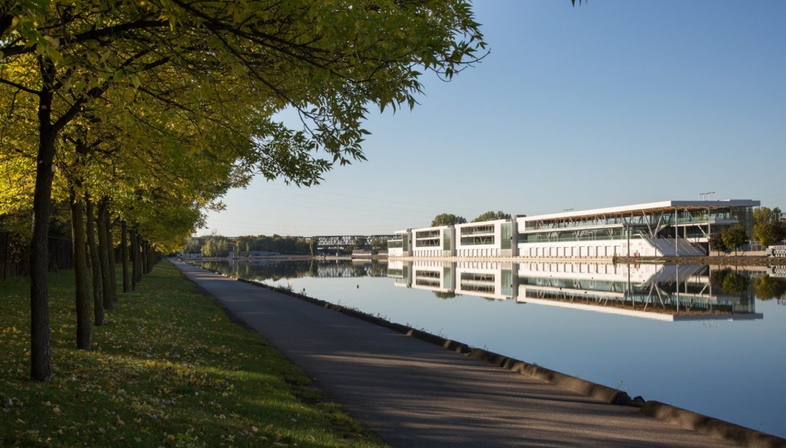 Since 1978, the Ordre des architectes du Québec (OAQ) has recognized the contribution of architects and their clients to the quality of the built environment with the Prix d’excellence en architecture, or awards of excellence in architecture. The awards serve to highlight exemplary architectural achievements by Québec architects as well as to raise public awareness of architectural quality and the role of architects.
This year, the jury recognized 15 projects, selected from 73 submissions.  This year’s Grand Prix d’excellence went to the Espace Paddock, designed by Les architectes FABG. The project replaces the existing temporary structures with a permanent building, on the site of the Circuit Gilles-Villeneuve Formula 1 racetrack in Montréal’s Parc Jean-Drapeau, and it also received the Ordre’s mention for Innovation.
The new paddock designed by Les architectes FABG incorporates the team garages, offices of the Fédération Internationale de l’Automobile (FIA - the international governing body of motorsport) and of the promotor, a lounge and grandstand area for 5000 people and a multimedia centre for the press and TV broadcasters.
To facilitate the completion of the project in the 10 months between the two Canadian editions of the Grand Prix, the building is an assembly of prefabricated parts including concrete panels, steel beams and columns, CLT wood beams and panels, curtain walls and demountable partitions. It is such flexible architecture that it can even be disassembled and the material reused. Les architectes FABG’s design idea stems from the responsible use of public resources, so they strived to limit the economic impact of the architecture and committed to sustainable development, with the iconic wooden roof formally referencing the bold structures of the nearby Expo 67 area. So, unlike other international Grand Prix events, the lounging areas have no outside walls and no air conditioning, which really reduces the energy needs that are covered by incorporated solar panels.
The jury, chaired by French architect Dominique Jakob (Agence Jakob+MacFarlane) and comprised of the actress Anne-Marie Cadieux and the architects Dominique St-Gelais (St-Gelais Montminy & Associés architectes) and Jean-Maxime Labrecque was impressed by the careful planning that went into the new permanent building replacing the old paddock at the Circuit Gilles-Villeneuve, to meet the requirements of the Formula 1 World Championship. The architect also planned the rest of the building’s life cycle, designed to be demountable and whose materials can be entirely reused. A really tough ask in a sport that is so polarizing and controversial, which the architects from FABG approached with the desire to counterbalance the criticizable dimensions of the event. Not surprisingly then, the jury commented as follows: “This project, which brings together aesthetic refinement, constructive simplicity and respect for the environment, despite the reservations raised by the activity it frames, provides an innovative solution to the time constraints of the brief and proposes an innovative construction vision, in addition to relieving the ethical tensions that this extraordinary program may cause.”
The other winners of the excellence awards include the Bromont Summit Chalet by Lemay which won the People’s Choice Award. 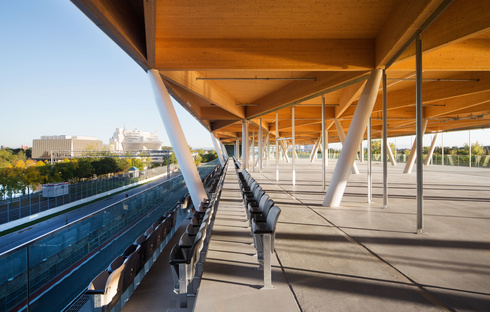 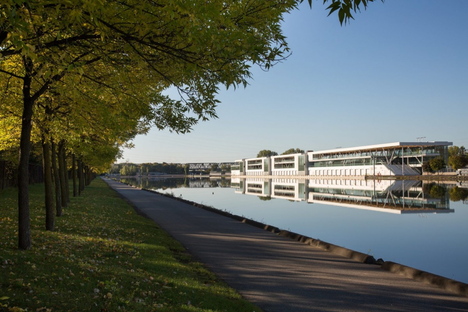 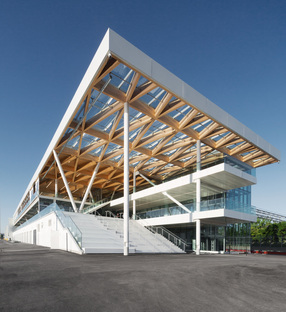 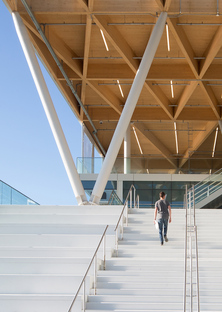 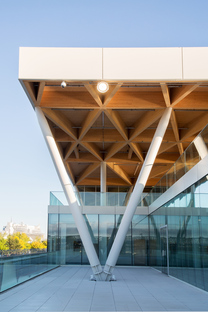 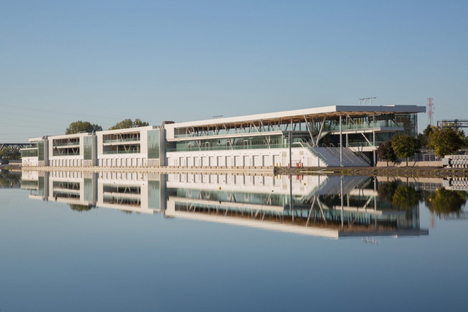