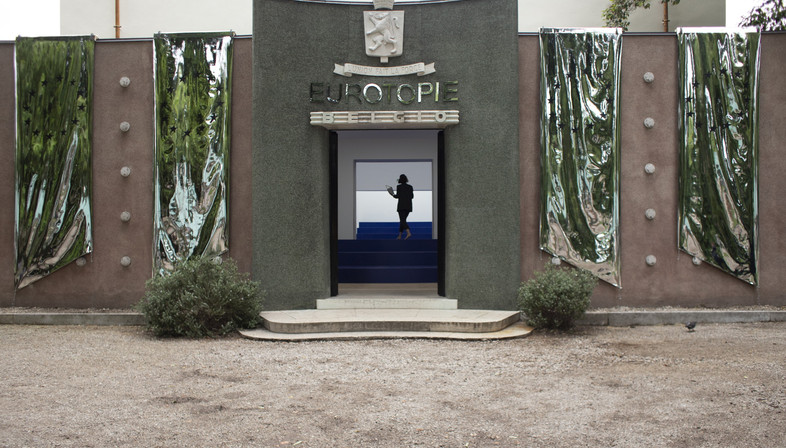 An out-of-the-box FREESPACE is the Belgium representation at the 16th International Architecture Exhibition – La Biennale di Venezia. Eurotopie, curated by Traumnovelle and Roxane Le Grelle aims to provide the free space needed for a reflection and debate on the future construction of Europe.


We continue our exploration of the venues of the 16th Venice Architecture Biennale. One of the must-visit pavilions at the Giardini della Biennale is the Belgium Pavilion with the inscription Eurotopie across the front. This project is curated by the architecture trio called Traumnovelle (Léone Drapeaud, Manuel León Fanjul and Johnny Leya) with the architect Roxane Le Grelle, selected to represent the nation which hosts the city that is representative of the European Union, Brussels. Although the European Quarter in Brussels is the main territorial, physical and symbolic anchorage of the European Union, it appears to make no contribution at all to a collective European identity. At the same time, the European Quarter also has a somewhat ambiguous relationship with its host city.
The citizens of Europe all too often feel excluded and somehow detached from European policies, which are then seen as alien to their own world and way of life. This Pavilion provides an interesting, local and circumscribed notion to reflect on how Europe, as the only major narrative for effectively tackling nationalism and extremism, can truly engage its citizens.
With Eurotopie, the curators address visitors in their capacity as citizens but also as architects to build on the spatial anchorage of this idea, which is Brussels, examining how to build a European democratic space in tune with the city itself.
A concept that culminates in the scenographic expression of the Belgium Pavilion where a few, skilfully orchestrated design moves have turned the architectural space into “a sanctuary where people are building a new Europe”. Basically, it's a large amphitheatre painted the same blue as the European flag and intended as a physical community place for citizens, a place where they can exercise their rights, interact and swap notes. But it is also that civil space which is lacking in the Brussels European Quarter, home to so many European institutions. This is why the curators decided to create a symbolic civil space in Venice to showcase a possible solution for greater engagement with citizens, the people who are, of course, the heart and soul of this transnational group.
The architectural element is a clear reference to the ancient Greek agoras, the same theme also adopted in the Greece Pavilion (link). In this case, it is a round amphitheatre, as we said, which has been tiered and fills all the pavilion rooms to create rooms of different heights, with varying degrees of privacy, depending on the height of the seating. Visitors are invited to remove their shoes and climb up and down the bleachers in these different spaces, where they can also browse through the book that goes with the project. The book is called Eurotopie and was written by the philosopher Bruce Bégout. It uses fiction as a tool to imagine new narratives for a better Europe. This proposal is in full sync with the modus operandi of the Traumnovelle trio, which has always used architecture and fiction as analytical, critical and subversive tools to emphasise contemporary issues and dissect their resolutions.
According to the curators, the installation is intended as an informal parliament, a common meeting place for visitors. But it also has a second, more metaphorical layer of meaning. The existing, whitewashed walls represent Brussels and the ultramarine blue benches are the meta-nation growing inside this structure, slowly transforming it and the existing environment.
For the entire duration of the 16th International Architecture Exhibition - La Biennale di Venezia, which will continue until 25 November, the Belgium Pavilion will host a programme of "Eurotopie" themed events. 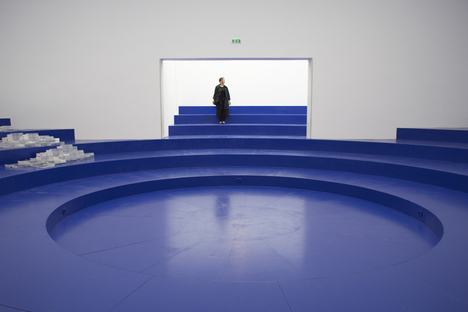 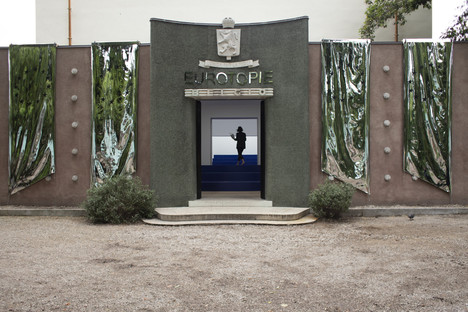 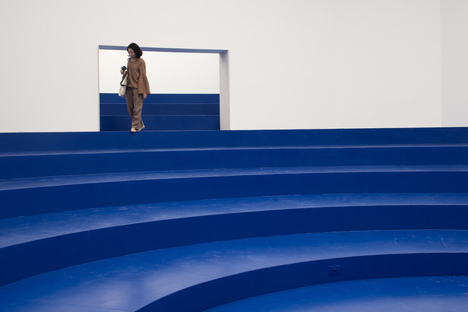 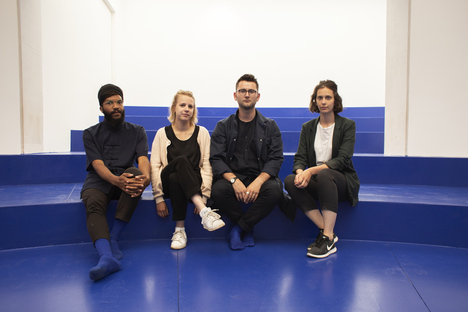 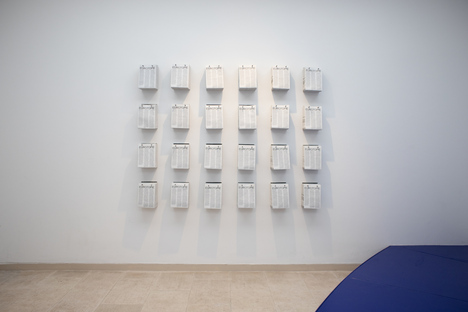 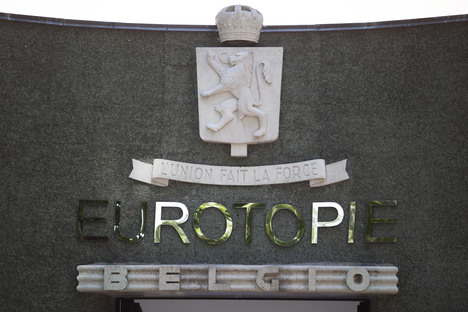