The big Adidas village has a new building housing the sportswear company’s offices, in which the architects experiment with innovative construction engineering techniques 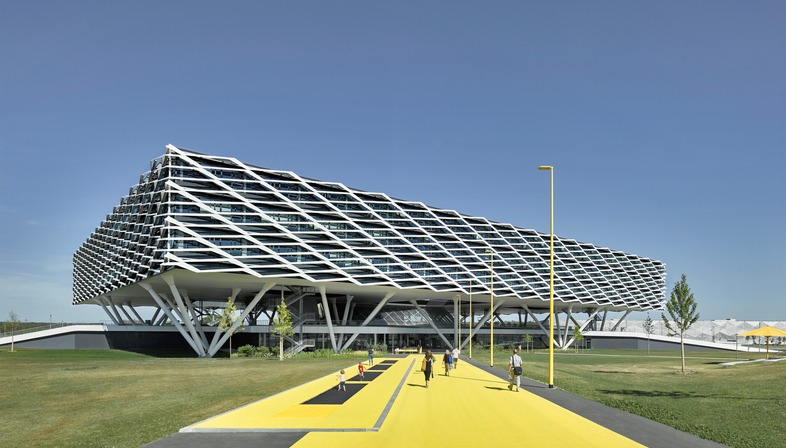 The Adidas World of Sports Arena in Herzogenaurach is the epitome of a simple building, constructed in the brand’s plain but functional style, concealing use of Vierendeel truss technology.
The project for repopulating the big American military camp of Herzogenaurach with Adidas buildings is highly innovative, a way of deleting a part of the city’s history which conceptually belongs to a rather complicated page in 20th-century history.
The building designed by Stuttgart’s Behnisch Architekten was intended to be iconic without standing out too much from the existing buildings on the site, even while preserving the essence of the German brand’s spirit and therefore being original in some way. The architects thus decided to put the actual offices in a three-story structure raised about 10 metres above the ground on tree-like supports consisting of slanted steel pylons reinforced with concrete, the building’s most iconic feature. Though these structures do not appear rigorously aligned, they do preserve a consistent structural severity; there are 19 of them in all, some with three and others with four arms, totalling 67 trusses at the base and giving the entire project an airy yet powerful feel.
In addition to this, an equally dynamic central concrete core contains the staircases and allows light to filter into the depths of the building from above while simultaneously adding structural robustness to the grid of pylons.
The structures on the upper levels, on the other hand, are almost entirely invisible, making the internal layout of the offices on each floor extremely flexible, as the 143x118 metre block of the building resting on the slanted pylons consists primarily of a grid of crossed vierendeel trusses, extending in height to cover all three floors, about 10 metres. This does away with the need for inconvenient oblique tie rods, the vertical trusses being sufficient. An even more interesting aspect of the building is the fact that the structures were prefabricated on site and raised into position with a mechanism that won a special award for its engineering. 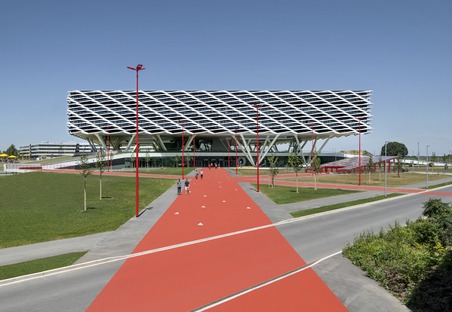 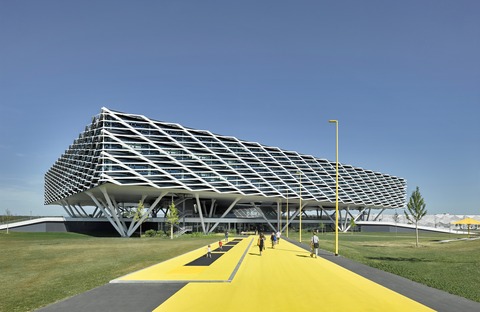 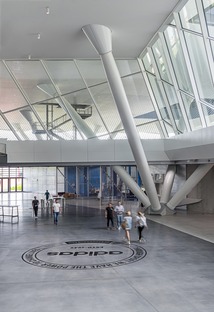 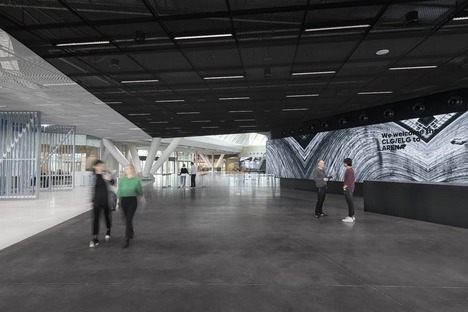 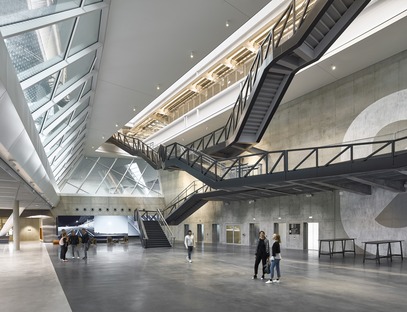 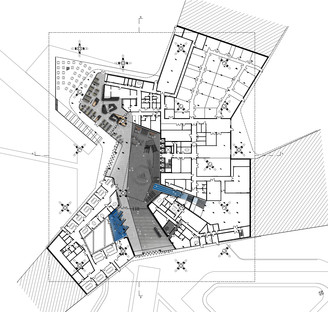 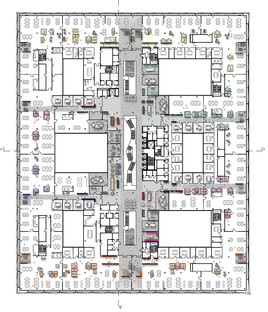 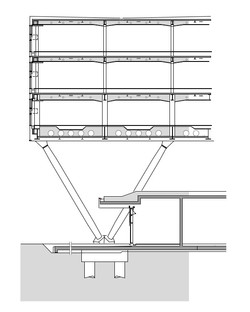 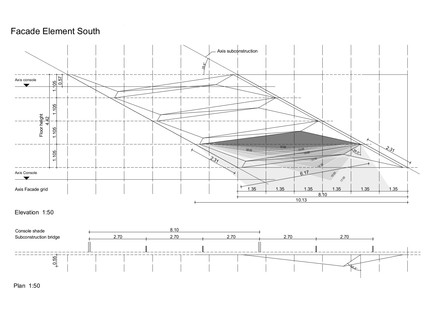 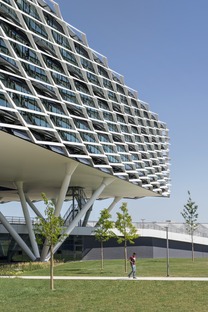 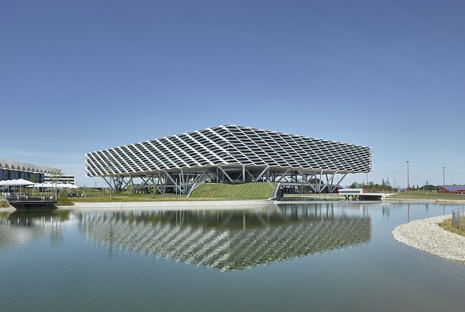 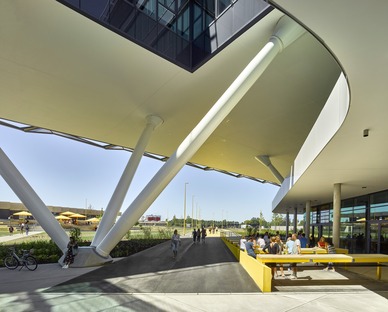 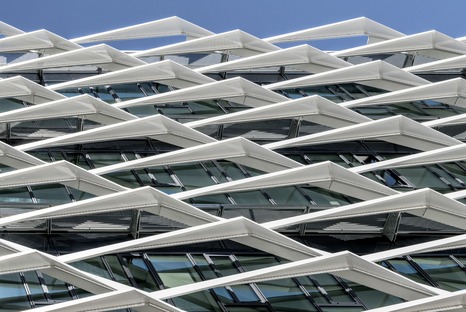 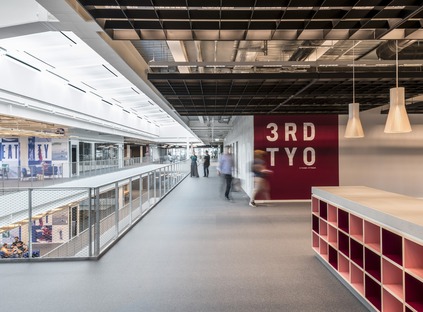 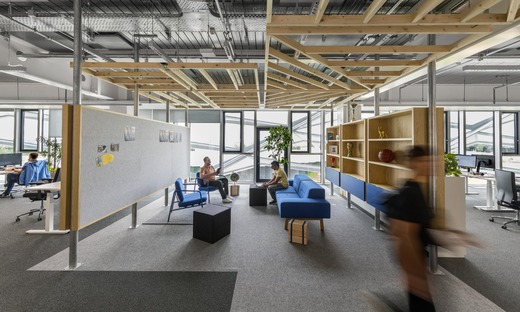 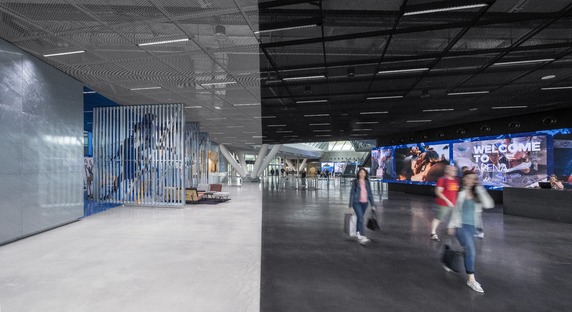 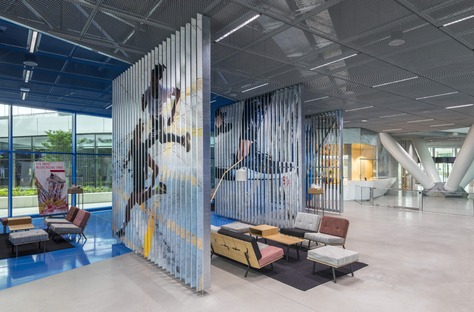 Behnisch Architekten’s plant design for the SEC at Harvard