Studioninedots’ renovation of a ‘70s building

A Rationalist building from the 1970s has been transformed and revitalised with contemporary renovations. 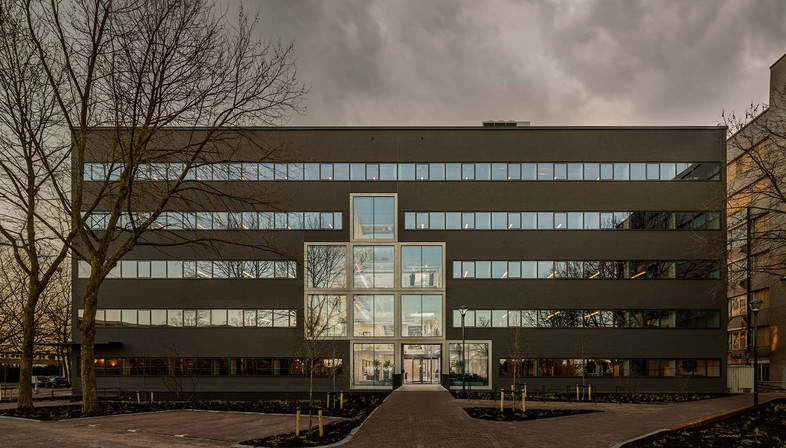 A Rationalist building from the 1970s has been renovated by Studioninedots to serve as the headquarters of real estate developer De Alliantie.
Real estate developer De Alliantie renovated its headquarters in the Larenseweg district of Hilversum, in the Netherlands. Built in early twentieth-century Rationalist style, the building is a five-floor parallelepiped with long strip windows; its base is surrounded by an unusual ditch letting light into the basement. One of the customer’s problems was how to bring the same light into the building’s interior to give a facelift to the entire construction, located in a district that was becoming outdated and being abandoned by many businesses. Real estate developer De Alliantie took advantage of the opportunity offered by this time of great change in the city to renovate the building as its new headquarters.
Given these urban circumstances, Studioninedots decided to open up the centre of the building and break up the series of strip windows, now replaced with full-height square windows in this part of the building. They also demolished a number of floor slabs on the three levels above ground to fit in a new steel staircase and create an area for workers to dine and socialise in. As one of the goals was to flood the spaces with light, the new square windows are big enough to allow light to penetrate deep inside the building, a design expedient perfectly suited to the true key to the project: the bare concrete of the existing structure.
At the same time as this facelift, the architects redesigned a number of details in the building’s interior, leaving the concrete vertical and horizontal structures exposed, with their ducts for electrical wiring branching off to the light fixtures. 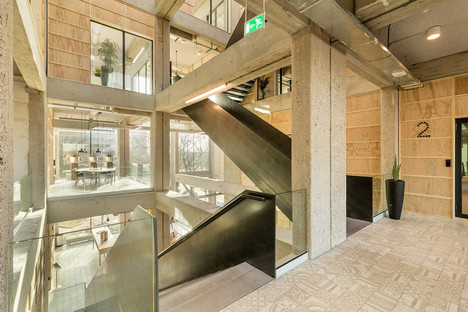 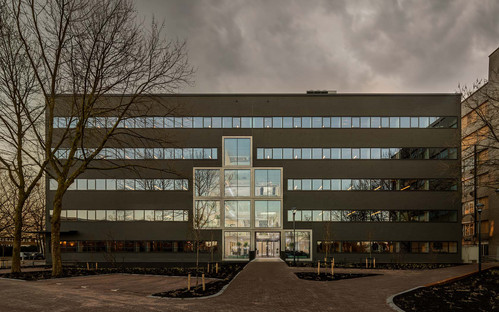 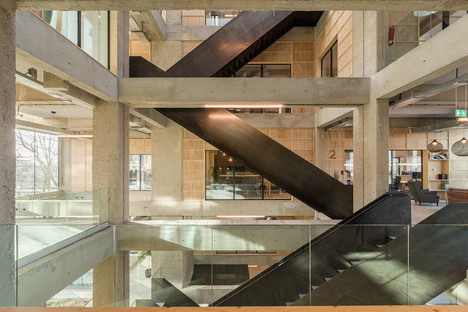 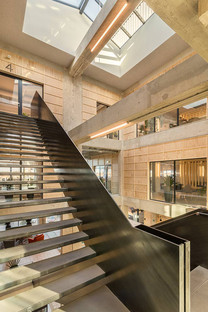 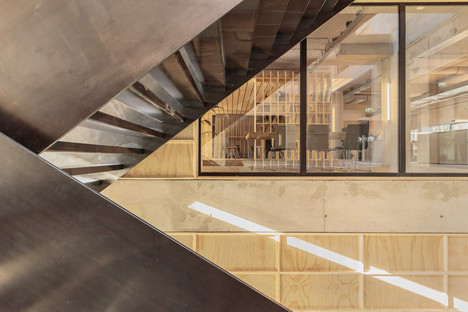 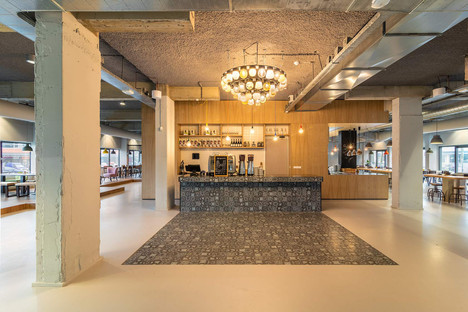 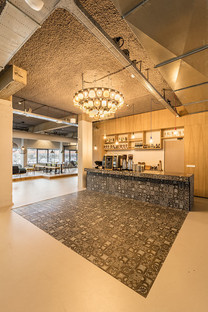 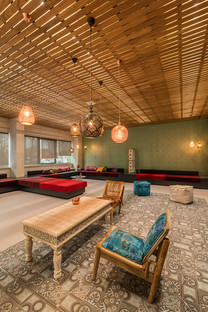 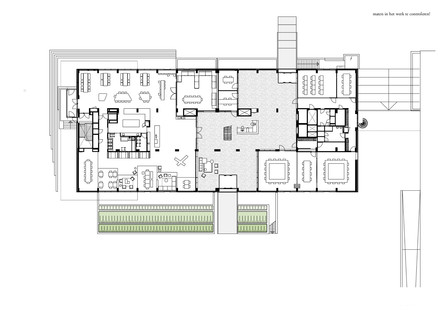 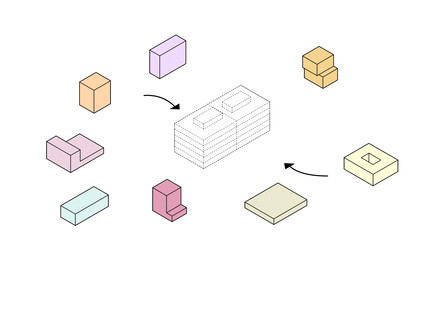 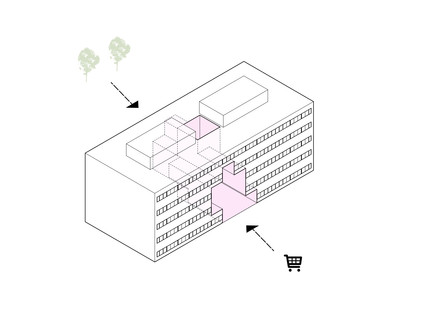 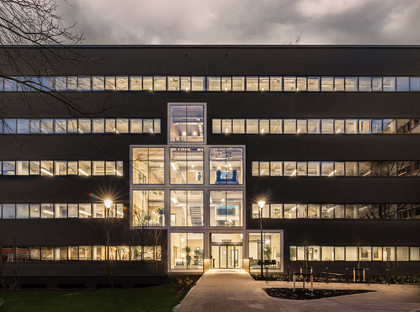 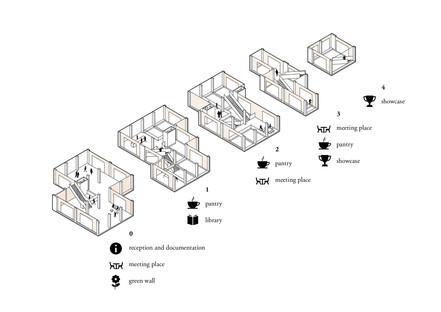 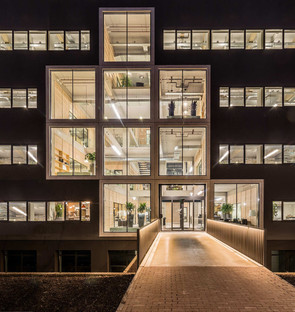 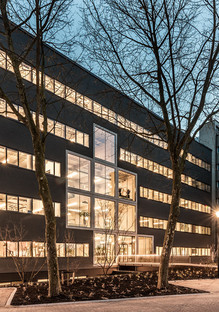 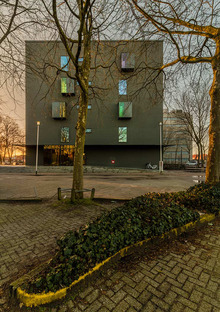 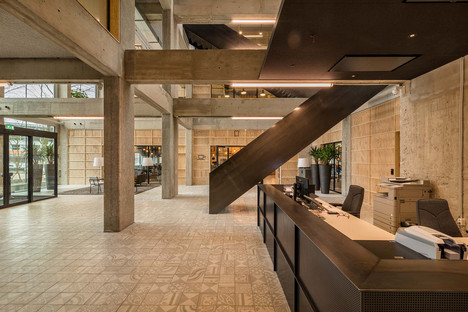 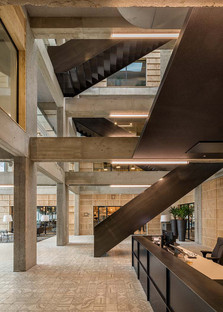 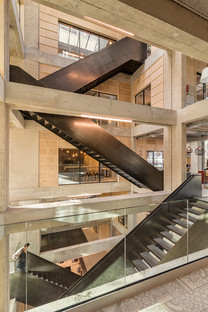