A small 250-seat theatre has been built in Glencoe, Illinois which originated in the back room of a store and has grown in only 12 years to become one of the best theatres in the Chicago area 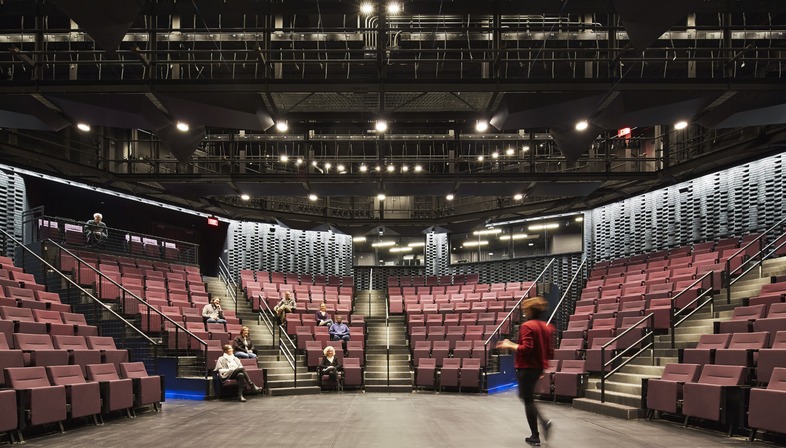 The Writers Theatre of Glencoe has a new permanent home built by Studio Gang, a cosy space containing two theatres for various kinds of performance crowned by a suspended walkway, a wooden tensile structure.

The project is rooted in the history of the theatre company, which has risen to nation-wide fame in only a few years and become a favourite destination among theatre-goers for the great variety of its performances, on a level that can otherwise only be found on Broadway and in similar places. As it originally performed for only a few dozen spectators, the Writers Company had to move when it grew, first to the tiny Woman’s Library Club, measuring only 750 sqft (228.6 sqm), then to a new building, but not until it had scraped together the 28 million dollars required to build it. The new building containing the two theatres had to reflect the same historical philosophy and atmosphere as the old one, even though it has many more seats.

So after inviting 24 architects to present proposals, the project was awarded to Studio Gang precisely because they had demonstrated they did not want to build a monolith of glass and steel but a place where the citizenry could get involved. The ground floor interior is visible from the outside and has an original appearance in the style of the company and the architects who designed the building.

The architects created two spaces, the theatre proper with only 250 seats and “the box” with 99 seats, for shorter, less formal performances. All joined together by a raised walkway suspended from wooden trellises, inspired by Vierendeel beams. The structure, normally composed only of horizontal and vertical struts, is in this case expressed in an original way: the struts are transformed into tie rods, with slender vertical elements fitting together like “cat’s paws” to form an unusual, distinctive architectural element. 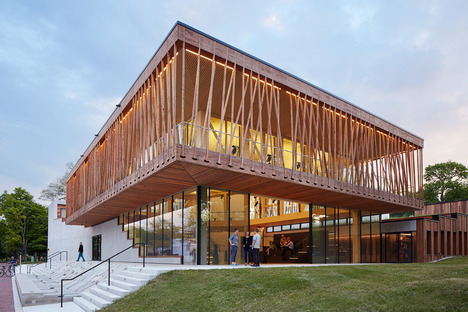 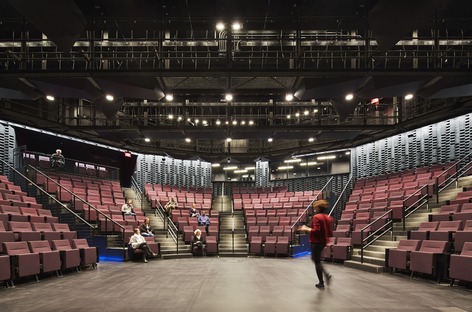 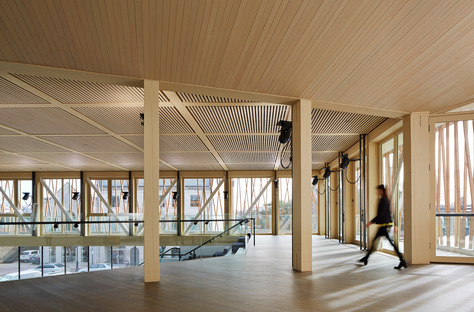 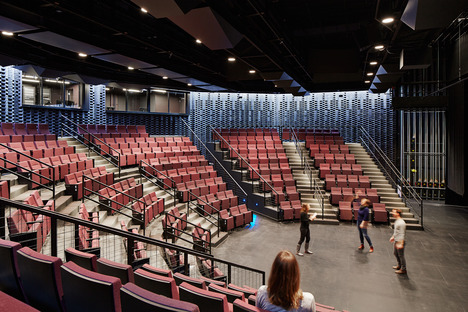 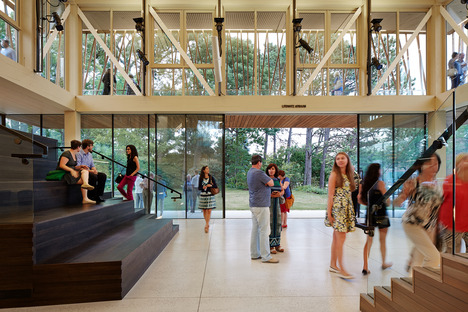 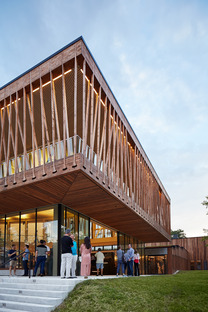 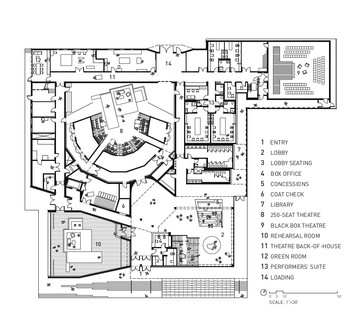 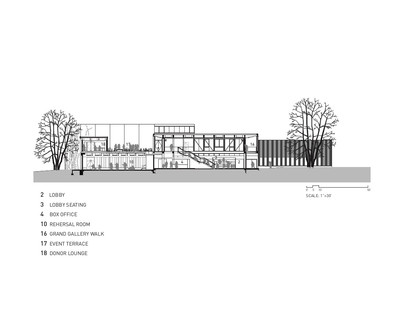 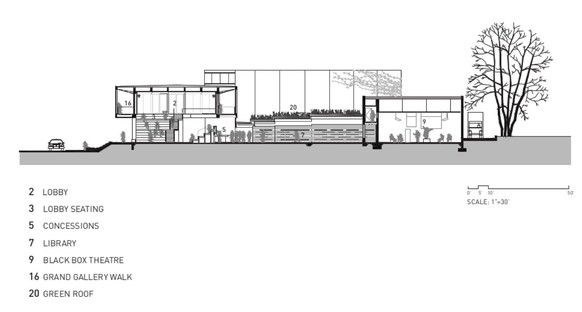 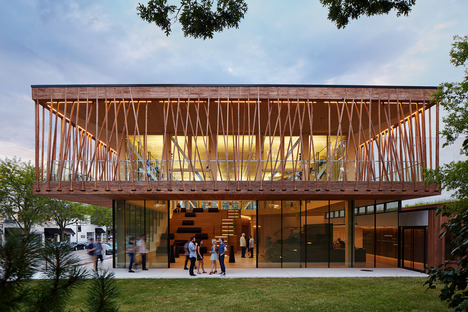 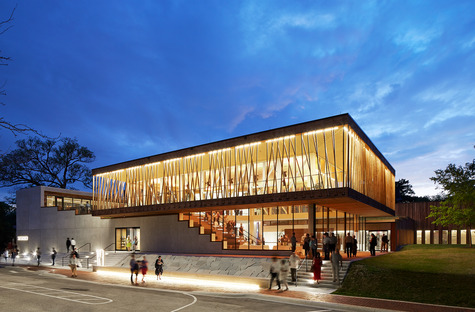 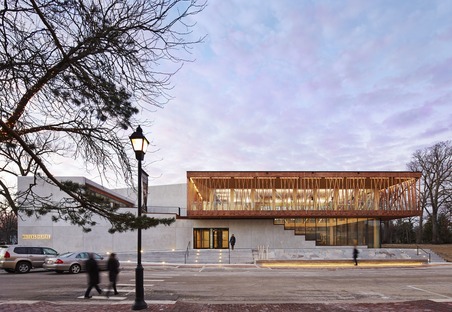 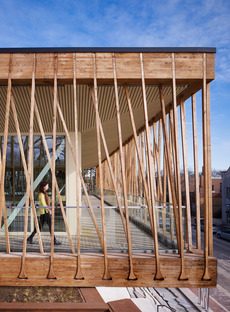 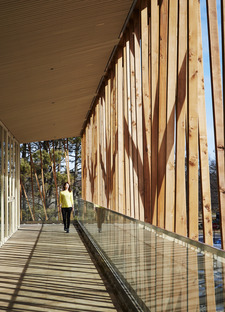 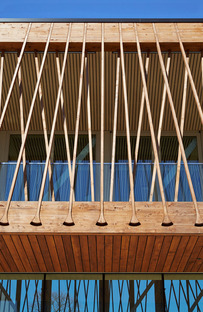 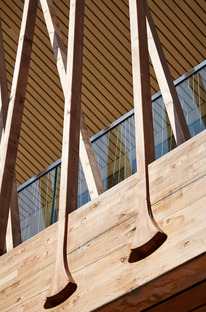 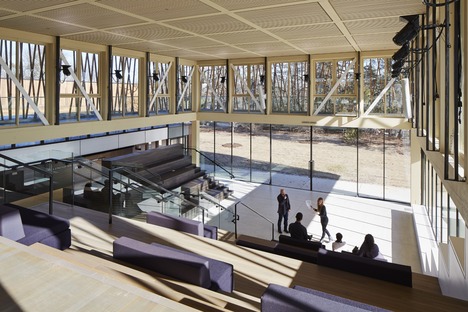