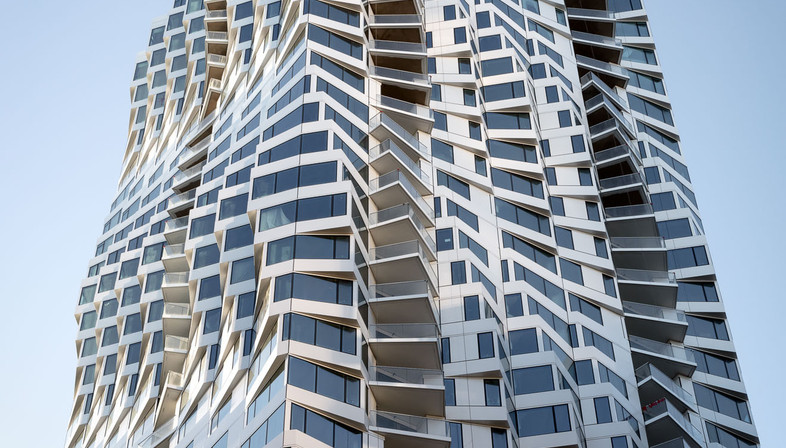 In a part of San Francisco abounding in futuristic towers designed by prominent architects, Studio Gang recently completed Mira Tower, featuring a façade based on aerospace technology.
The clearly expressionist multi-faceted tower stands 425 feet or 129.7 metres high and has a seductive spiral-shaped appearance created through vertical repetition of a set of 11 floors. The unique design mechanism employed involves alternation of misaligned bay windows to create the effect of a volume that twists upon itself. This final result unceasingly holds the observer’s eye, leading the viewer to investigate every little detail of its form and construction. The rich progression of 8239 alternating aluminium and glass panels creates a broken-up effect which underlines the twisting effect of the tower. All of this serves a primarily functional purpose, channelling and controlling the wind, both direct and generated by the ascensional draughts produced as a result of the tower’s shape. The façade was in fact designed by an Italian company using aerospace technology, to prevent the strong currents of air that circulate in the Bay area from producing noise and deformation at protruding points and compromising the stability of the window frames over time. It also does away with inconvenient and even dangerous infiltration and prevents the sail effect on the sides of the building from affecting the rigidity of the tower and generating oscillation that could bother the tenants living on the top floors. The project presents a strong focus on details such as the rounding-off of its profiles, the inclination of overhangs and the coplanarity of panels and glass, coordinated to create a curtain wall that is both beautiful and high-performing in every way. 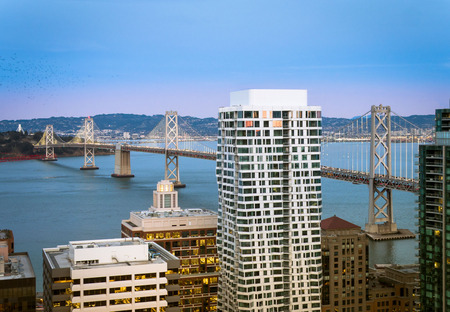 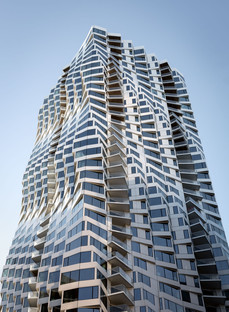 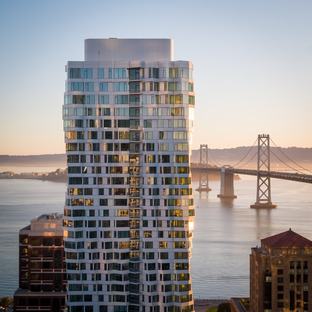 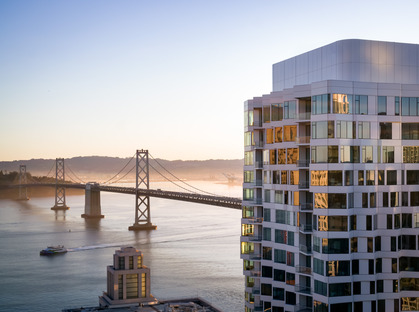 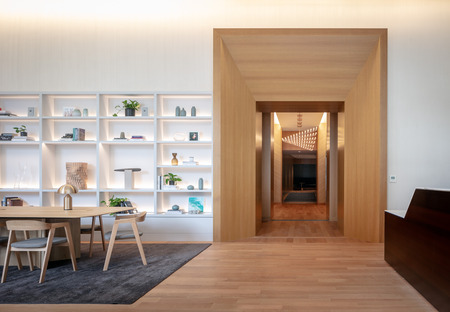 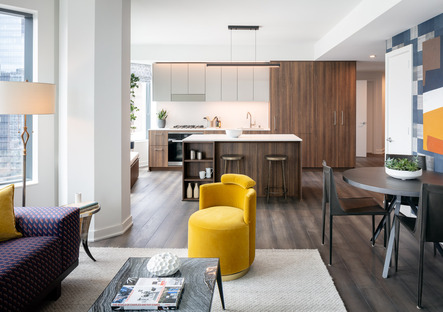 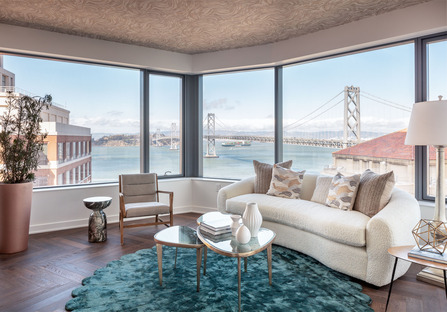