Steven Holl’s Glasgow School and its vertical tunnels of light

Steven Holl’s Glasgow School of Art is a modern building standing in front of the historic school by C.R. Macintosh which uses interesting expedients to channel light into the building for the future artists of Scotland 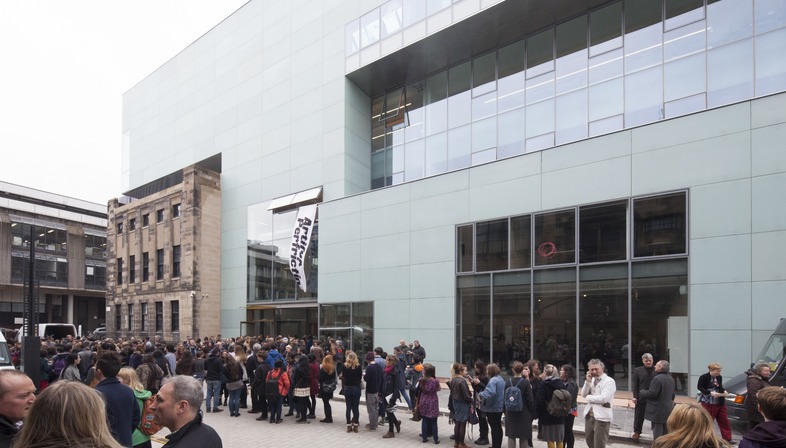 Steven Holl realizes in Glasgow the new School of Art positioned in front of the architecture of Charles Rennie Mackintosh, and creating vertical tunnels of light, that bring sunlight inside the building and convert it into diffuse ligh.

Steven Holl’s School of Art in Glasgow is a modern building made of sea-green enamelled glass with sculpted, regular volumes totalling 11,250 sqm of floor space, dialoguing provocatively with C.R. Mackintosh’s famous building. A design like this would have been a challenge for any other architect, if nothing else for the respect demanded by such an important work in the history of architecture. But Steven Holl successfully captures the essence of the Scottish architect’s work and gives it a contemporary twist using expedients appropriate to the functional needs of the school.
As in the historic school, the workshops are located on the northern side to take advantage of diffuse daylight from the north rather than the direct light from the south. Thanks to this design choice, the direct light from the south lights up the dining hall, common areas and exhibition halls. This ensures that students working on the northern side of the building enjoy light of constant intensity, avoiding the variation in light conditions typical of the changeable Scottish sky. The building is built along the site of the original one, rising almost 27 metres into the air with its solid glass volumes, opening up to a garden on the southern side that satisfies the eye when looking out from the workshops in the historic building across the way, permitting a form of visual interaction that was not there before.
But in addition to this, the new building is also nourished by the light reflected and then diffused by three vertical tunnels which convey direct light into the volume of the building. This design generates exciting light effects in the complex spaces in addition to evocative views of the architecture.
The simple but ingenious technology employed reveals the significant study of light that went into the project. 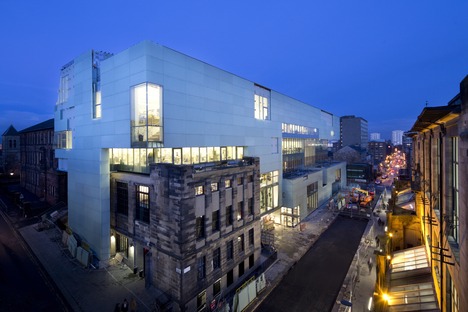 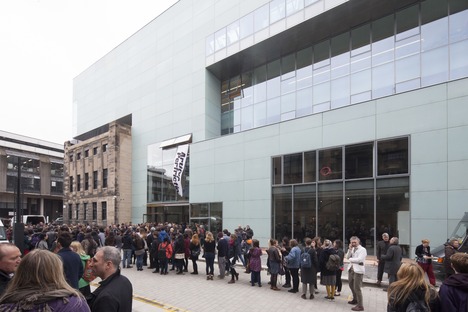 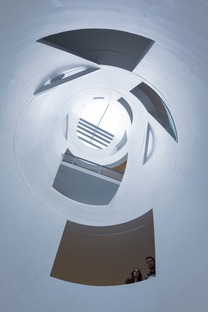 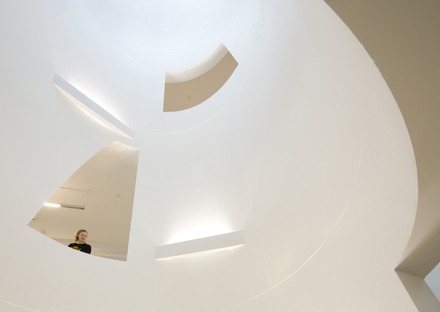 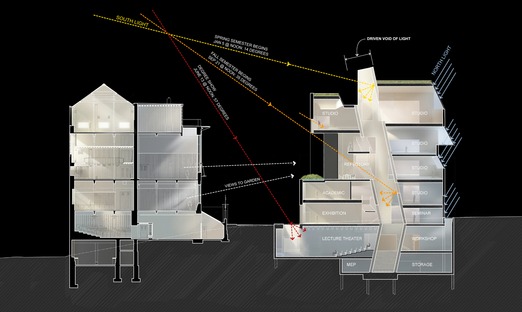 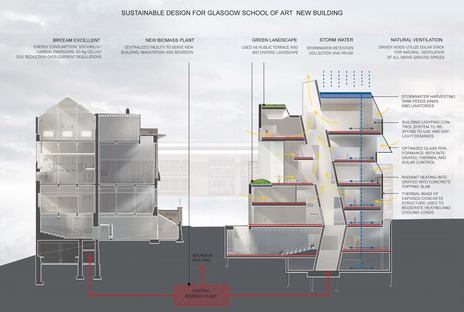 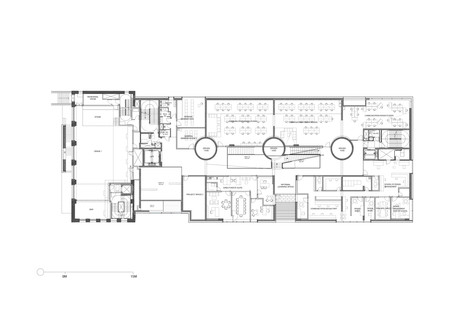 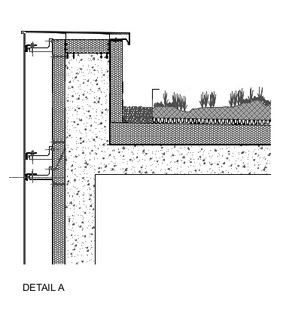 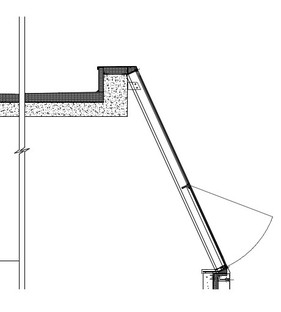 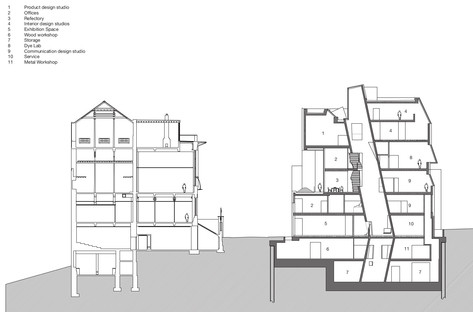 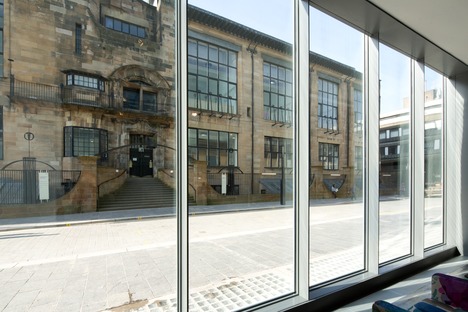 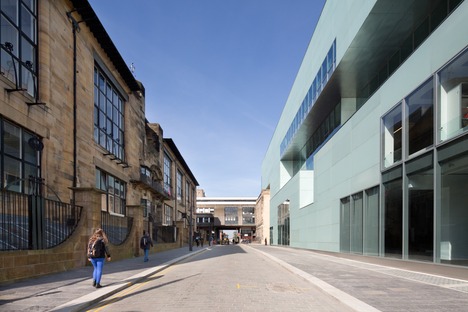 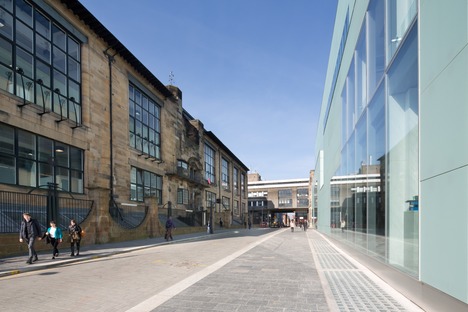 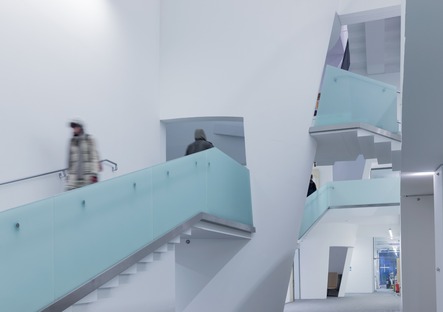 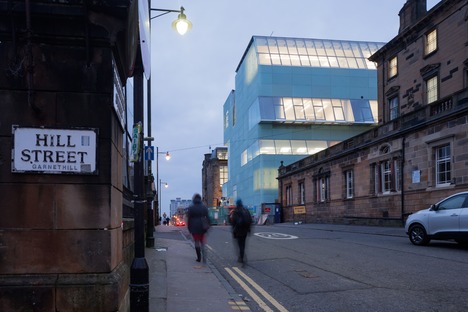 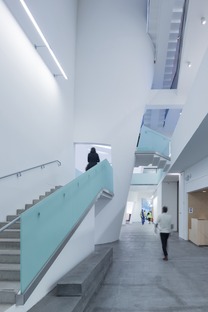 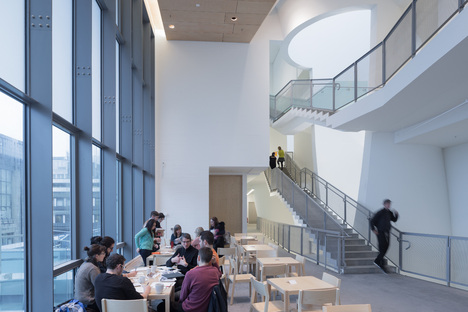 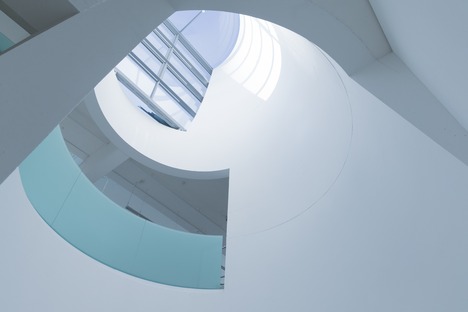