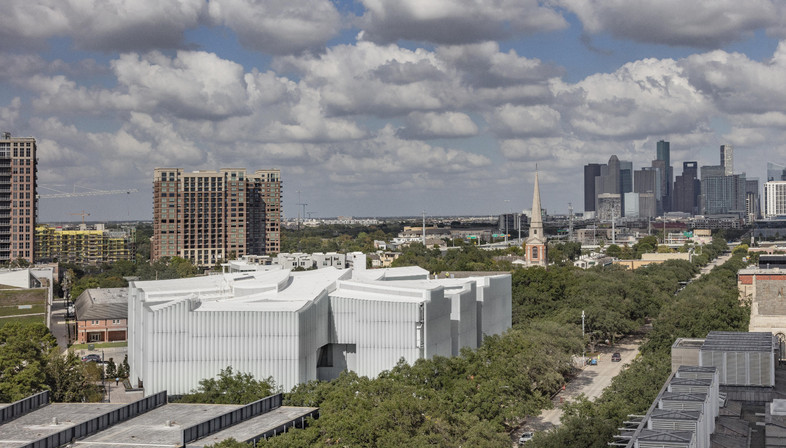 Steven Holl designed a museum in Houston with a façade of glass half-tubes laminated with sheets of acrylic that capture light to diffuse it inside the building.
Steven Holl’s 40 years of research into opaque glass façades went into the architectural and technological features of this simple, innovative design. The Nancy and Rich Kinder Museum in Houston, Texas is very simple in shape, based on a simple construction technology in which steel profiles hooked onto prefabricated concrete panels support the architectural structure of the façade. The project as a whole perfectly expresses the architects’ research and innovation.
As light inside the museum must be diffuse, not direct, the screening must let sunlight slip into the building in subdued form. And so the architects designed opaque glass half-tubes which are in turn laminated with a layer of acrylic material in order to cut direct sunlight by 70% even while allowing light to filter through. Technically speaking, each element originates as a cylinder and is sawn in half and then laminated to a sheet of acrylic before being hooked onto the metal structure on the wall like an ordinary ventilated façade component. This method was used to install a total of 1,103 half-tubes. Every single element may be up to 19.5 feet long (59.43 metres), due to the rigidity created by its curved cross section: a feature which permitted installation of 459 different elements. In this way the façade as a whole becomes a photocatalytic element, capable of amplifying the effect of the light and letting it slip delicately into the museum. 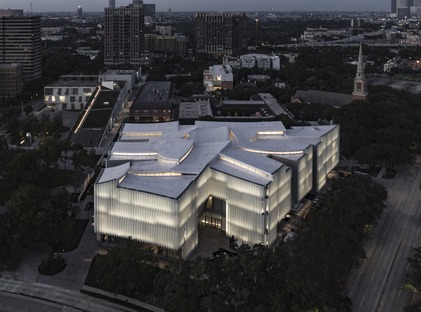 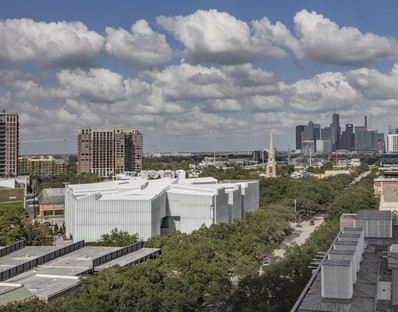 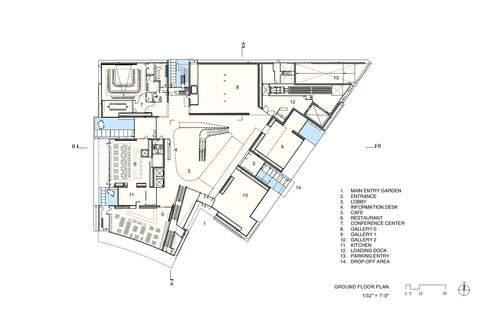 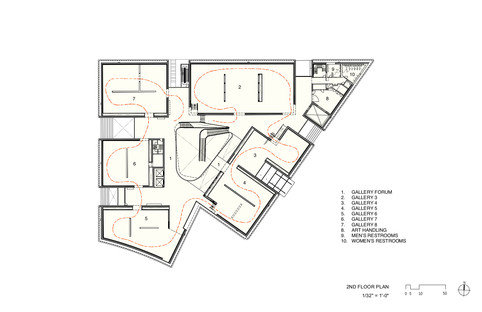 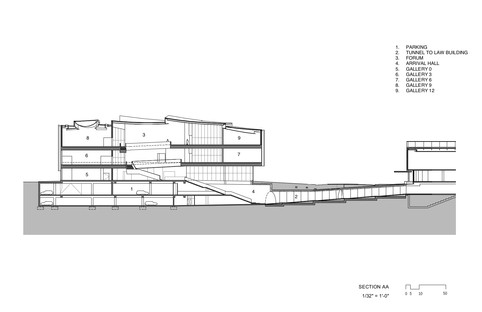 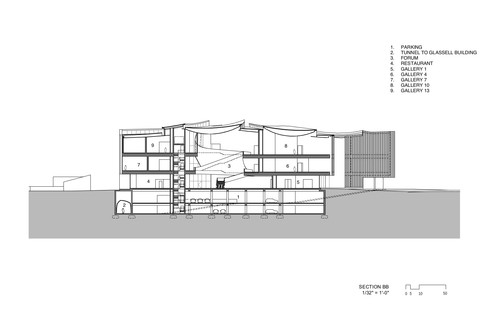 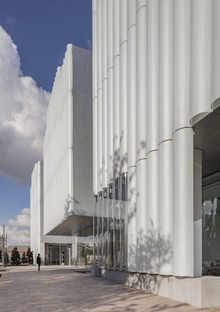 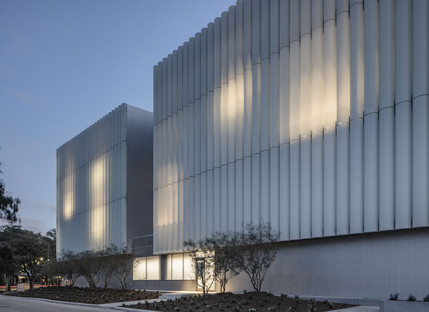 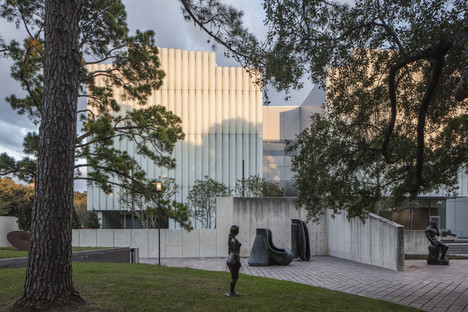 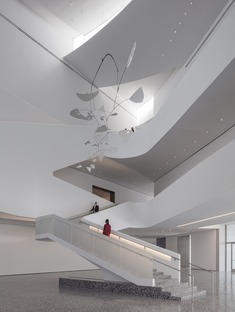 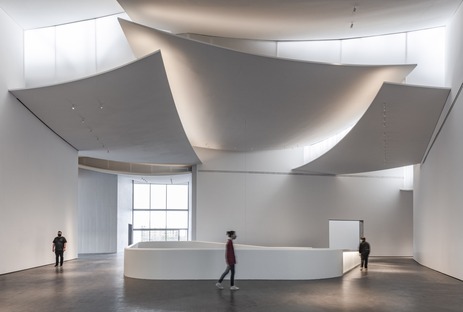 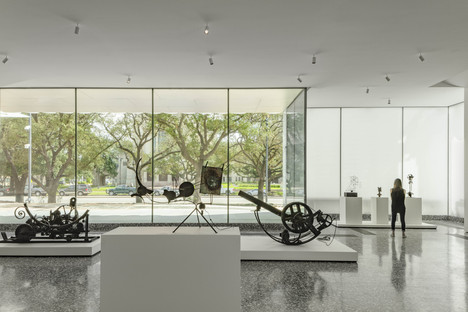 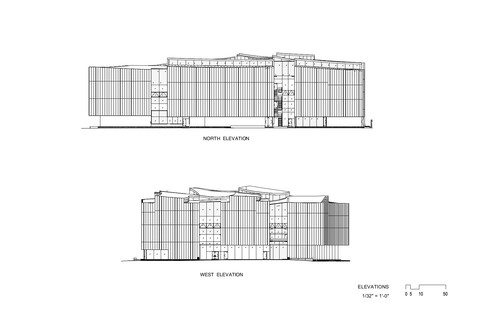