Helen & Hard architects’ Flekkefjord Cultural Centre is an enthralling building capable of adapting to the local architecture while retaining its contemporary spirit. 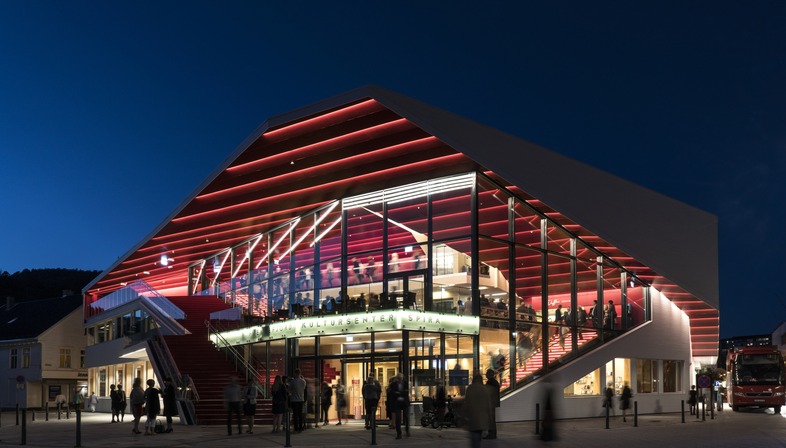 On the waterfront in Flekkefjord is a new timber and concrete building that formally interacts with the local vernacular architecture in a way that is both classic and contemporary.
The cultural centre is located in a small village in northern Norway, and the design competition specified that it had to be attractive to the local population, so the architects of Helen & Hard created a façade that invites people to come into the building, which contains a theatre, a cinema, a library, a blackbox, a youth club and a school in a total of 3,500 square metres.
The first of the surprising solutions presented by the structure is the big roof that welcomes visitors at the entrance to the building. Made of glulam and supported on the inside by a reinforced concrete structure, it gives visible form to an unusual combination that works particularly well. But the building’s frame is hidden by a number of internal spaces; a solution that was inevitable and would have lost all its attractiveness if made using another material with a more prestigious look and feel. The intrados of the roof is covered with multi-layered red birch panels concealing the light fixtures, and the decision to offset various elements amplifies the sensation of invitation and ensures that people quickly converge inside the building.
This design expedient is however mitigated by the other walls, which are set up to join onto the buildings around the centre. They do so without attempting to stand out from their surroundings at any cost, as they are constructed out of white wood in horizontal planks, reflecting the typical local vernacular architecture. But the form of the building succeeds in surprising the viewer, especially when approaching it and turning a corner to connect with the rest of the city block. It is here that the big volume opens up ostentatiously, completely changing its urban scale and making the architectural gesture that adds an element of surprise to the building: its entrance. 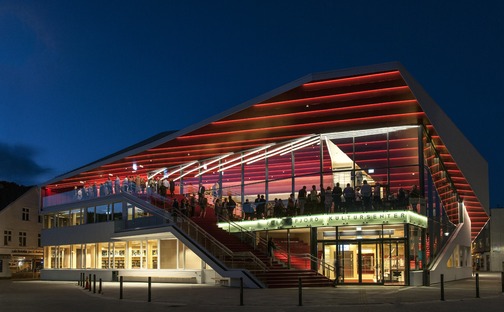 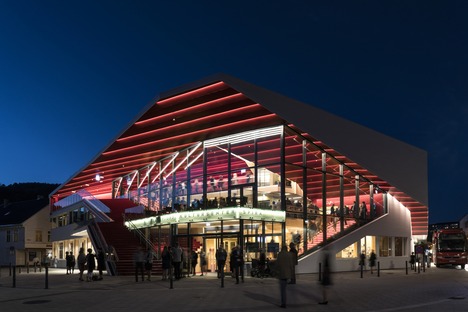 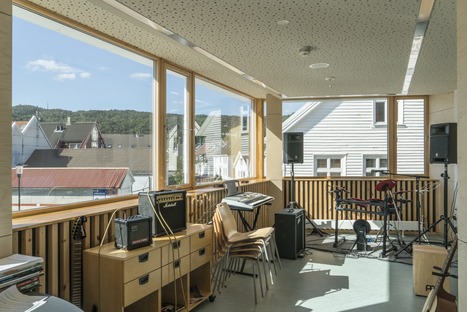 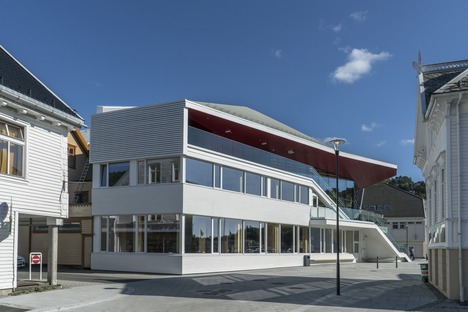 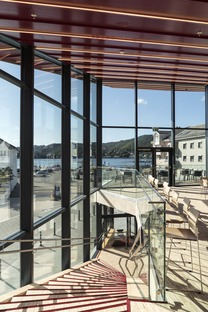 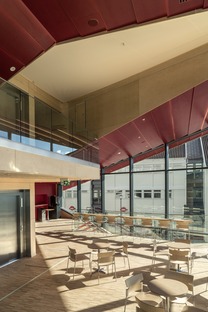 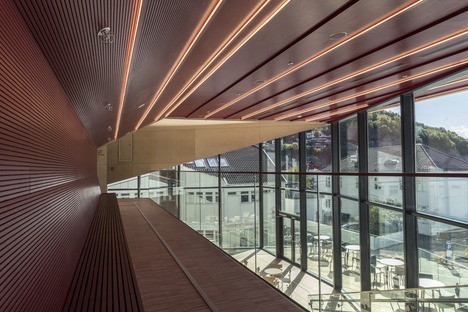 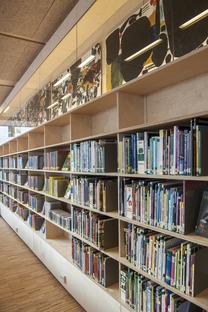 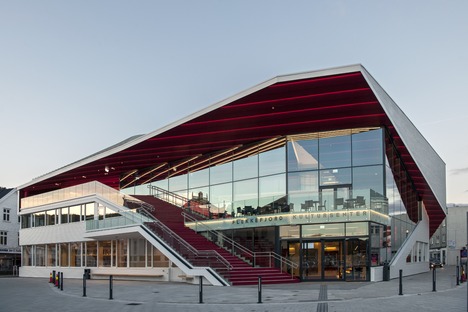 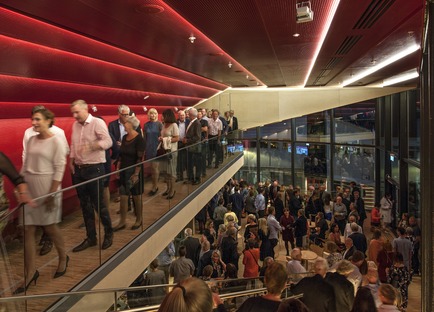 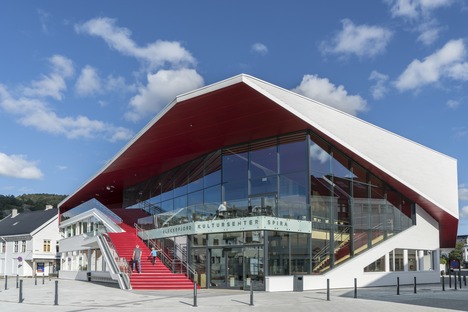 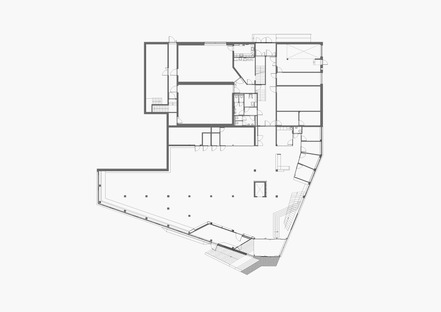 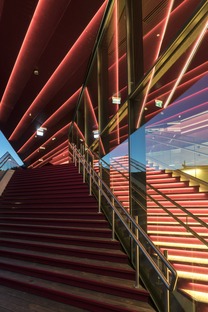 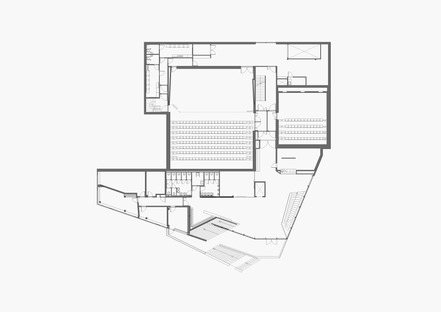 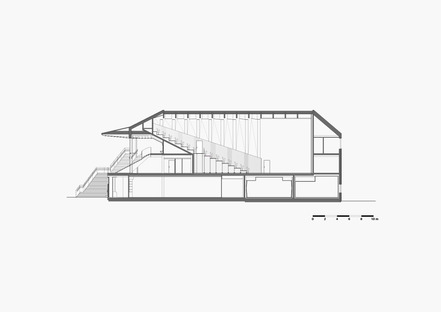 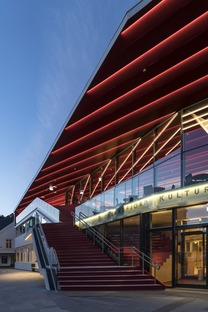 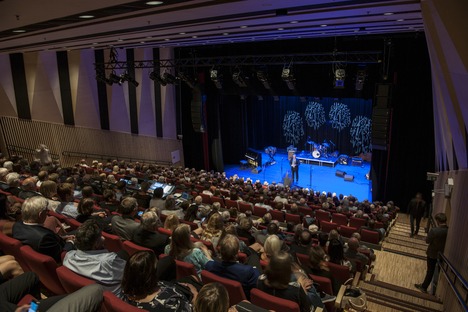 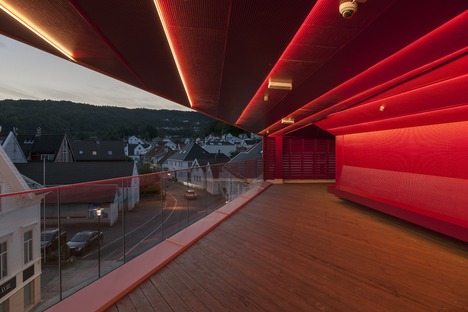 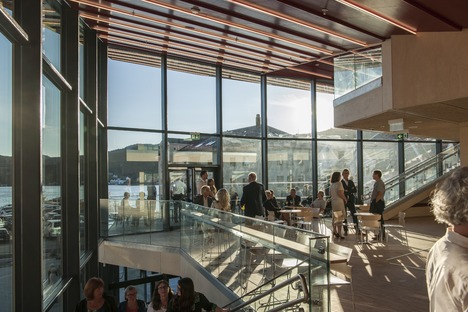 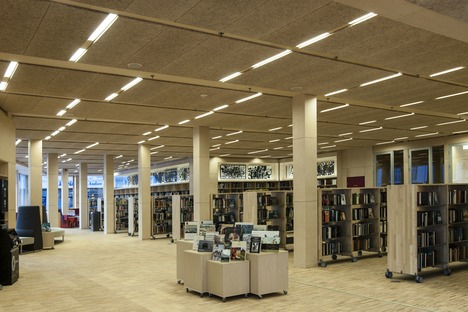 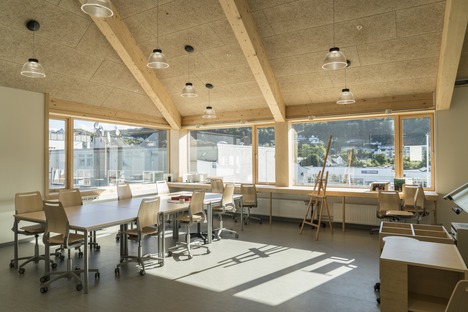 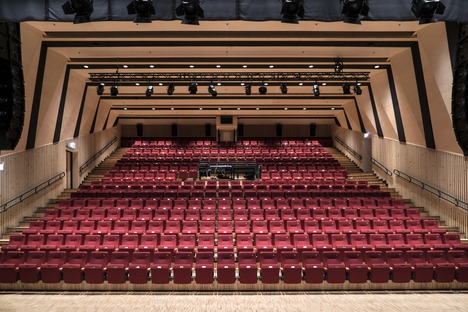 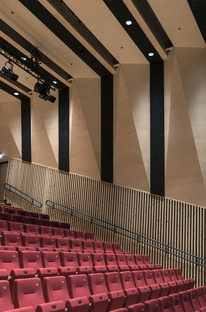