Helen & Hard architects’ three concrete, timber and aluminium towers on the top of a hill overlook a Norwegian fjord 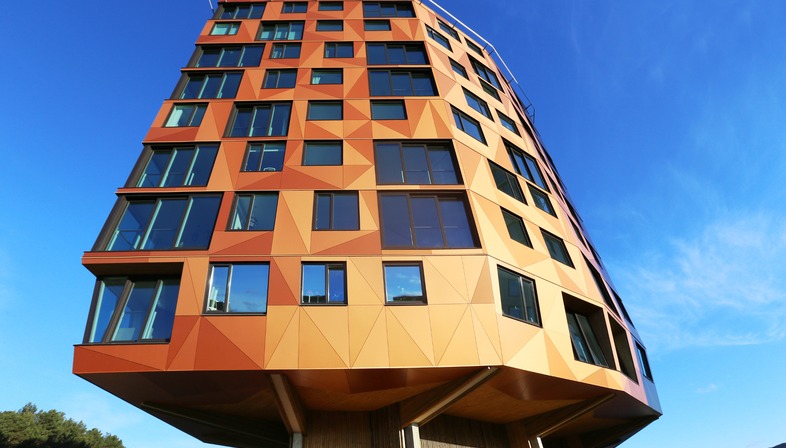 Three towers on Nikkelveien Street in Sandnes, Norway, overlook a fjord from the top of a hill in this project by Helen & Hard Architects, constructed out of timber and concrete clad in aluminium.
It all started with the finding of a precious Viking tomb not far from the location of the three towers, but this did not stop the architects from completing the construction, located on a hill with a view over an enchanting fjord and the archaeological site. The client wanted to limit land use in order to obtain a ground-level visual space, allowing the inhabitants of the 113 residential units to enjoy their natural setting to the hilt. In this way excessive land use was avoided in the construction of the three tower blocks that have come to symbolise the district. They were constructed in a tree form, transforming the stairwell into a central weight-bearing concrete structure. Overhanging timber secondary structures branch off from here, supporting the floor slabs and outer walls, which are in turn clad in aluminium. The client decided on this structure despite the architects’ original idea of using timber alone, even in the tallest tower, 15 floors high.
Each of the three towers has geothermal heating, with solar panels for generating energy for individual living units, which vary in size from 60 to 140 square metres. Another sustainable feature is an original winter garden that can be enjoyed year-round. Lastly, the aluminium-clad façades are composed of rectangular and triangular elements, arranged to make the most of the light that falls on them, emphasising the vibrant sharp forms of the three volumes generated out of their almond-shaped layout. 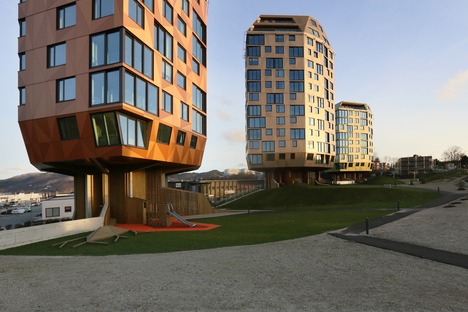 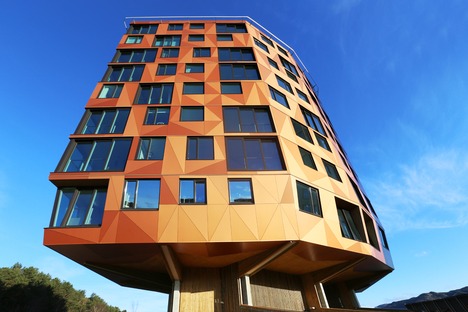 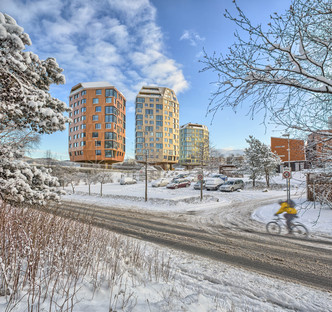 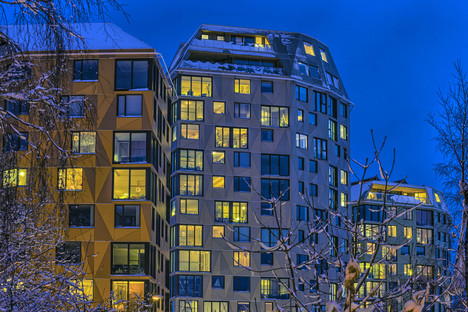 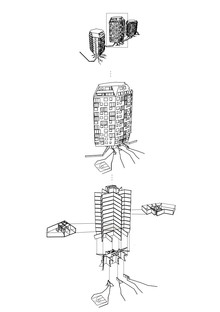 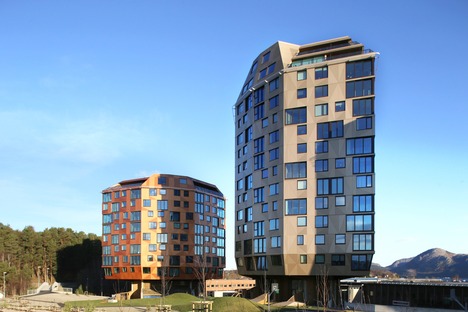 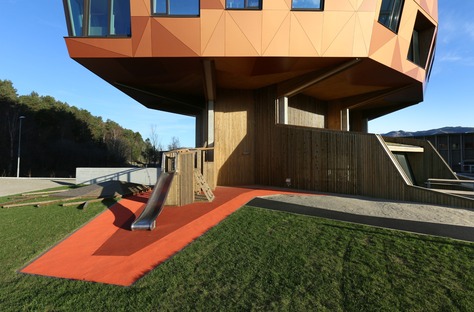 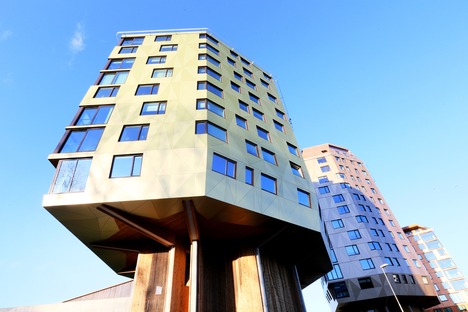 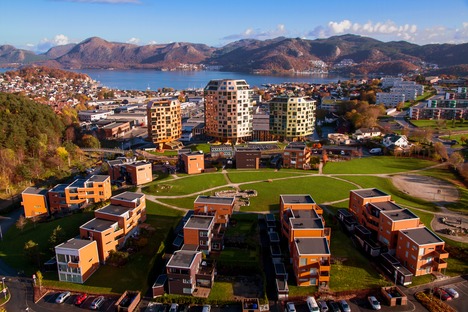 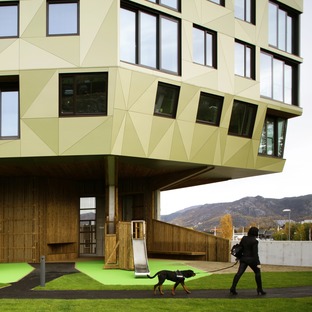 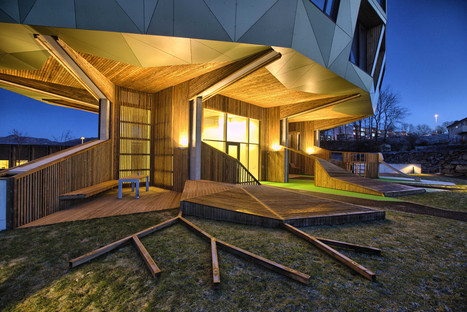 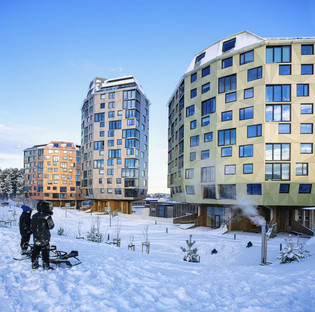 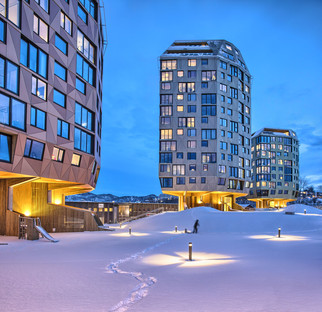