The Moesgaard Museum is a building that rises majestically out of the ground like a vast launch ramp into the sky, ingraining itself into its environment, where concrete plays a surprising role 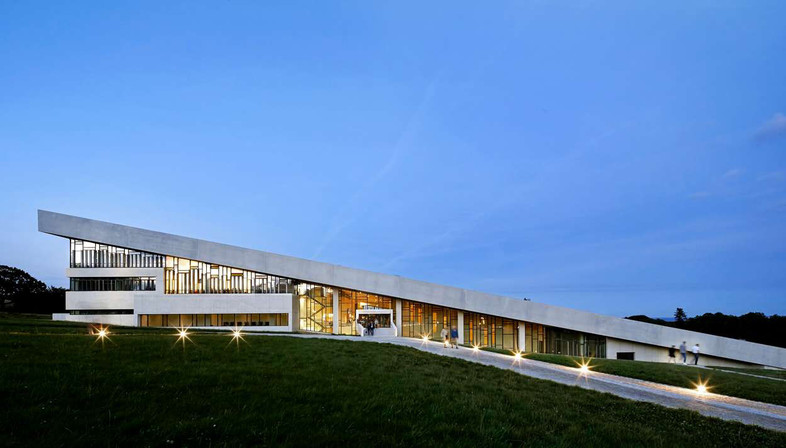 The Moesgaard Museum by Henning & Larsen in Aarhus is a concrete museum generated out of the ground, with the precise aim of blending into it and being, to all intents and purposes, a green building.
The Moesgaard Museum stands on the gentle slope of a hill not too far from the sea in Aarhus, and its aim is to integrate with its surrounding area and be as low-impact as possible, whilst still retaining its significance as a landmark for the area, both architecturally and culturally.
The building follows the tectonics with its growing development, in that it starts from the ground through the use of reinforced concrete beams which support the sloping roof, which is in turn covered by a comfortable meadow which merges visually with the area which it rises out of. The entire composition, with its three floors, culminates in a large terrace allowing visitors to admire the landscape and enjoy the sea view, as it is located just beyond the forests, which also defend it from the ravages of the north wind.
An alternating series of terraces and small cloisters line the composition, the former allowing visitors to reach the small peak, making short stops along the way, the latter allowing for more light to reach the interior of the building, thereby modulating the shifts between artificially- and naturally-lit spaces. These arrangements satisfy even the most stringent of green expectations, as it is a class 1 building where the roof manages to retain the heat in the winter whilst keeping it out in the summer, abundantly satisfying the thermal inertia needs of the entire enclosure and consequently the design objectives.
The structure, which is made entirely of reinforced concrete, does not have a large impact. Indeed, despite being a material which is seldom used in such open and proudly-green contexts, the result is attractive in this case, in part thanks to the architect’s having made the rhythm of the pillars into a classical element, without their presence being obvious.
In conclusion, the building is a minimalistic volume which rises out of the ground, enriched by a series of recesses which break up its monolithic floor plan, thus encouraging visitors to appreciate in particular the rectangular beam on the outside which blends into the parapet of the terrace, becoming the characteristic element of its composition. 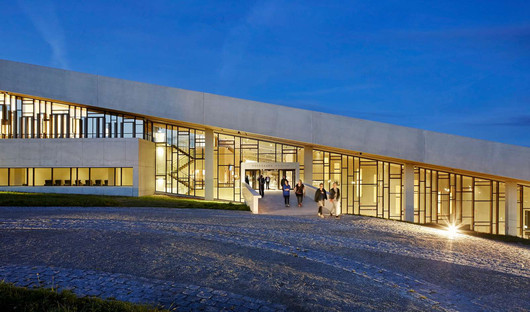 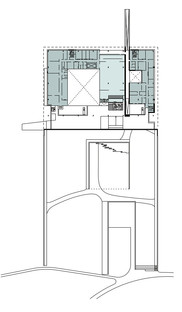 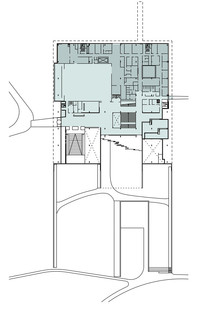 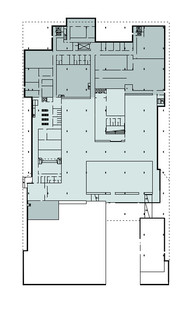 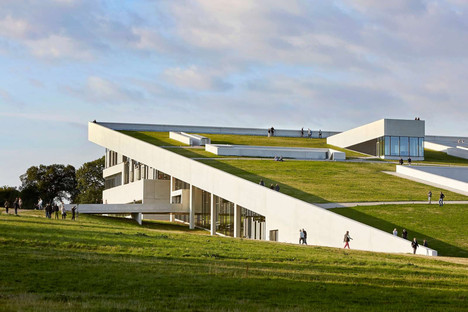 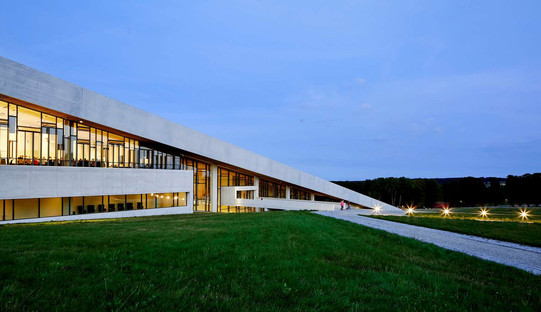 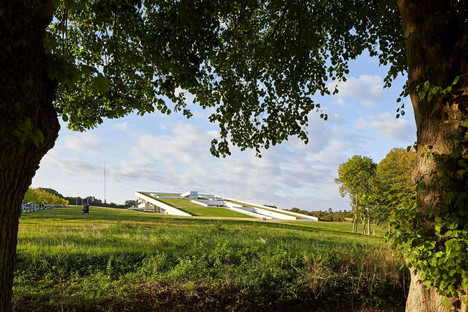 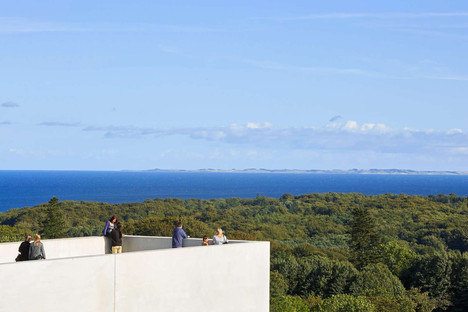 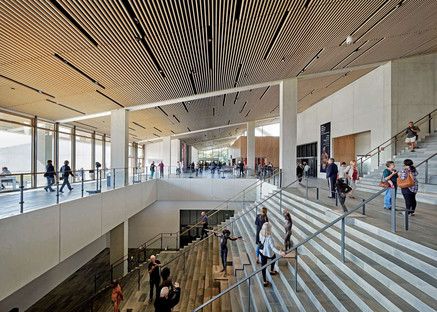 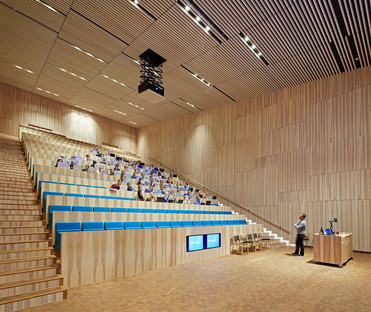 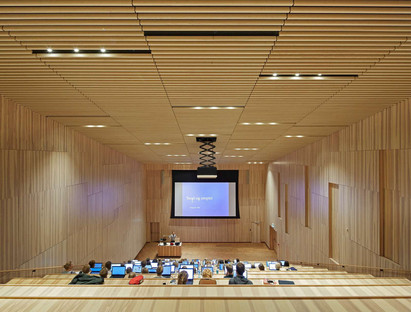