London’s King’s Cross Station has been refurbished with the specific aim of modernising and expanding it with a grandiose glass and steel mantle-style roof which stretches over the exterior square. 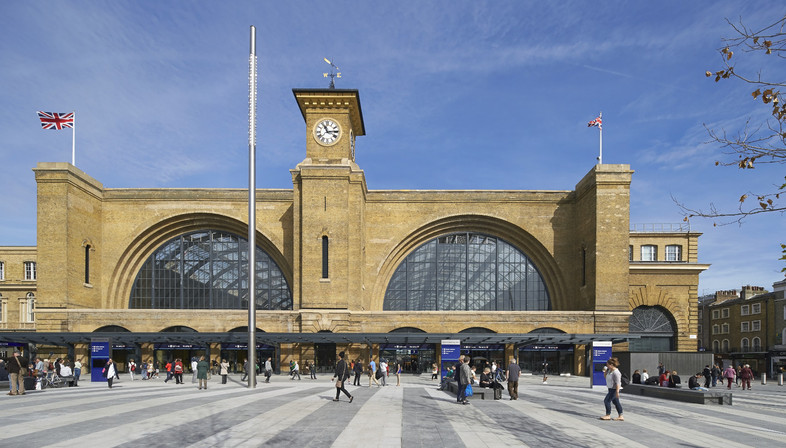 London-based firm John McAslan and Partners has overseen the redevelopment and extension of King’s Cross Station, using a steel structure covered in glass and metal panels.
The 170-year-old King’s Cross Station is a brick building featuring sweeping arches in its façade, behind which vast barrel vaults with a steel structure and a metal roof cover the many platforms. The entire building is also connected to the London Underground, which has contributed to its status as one of England’s key railway hubs.
Of all the architects’ interventions in the old station, perhaps the most eye-catching is the canopy which extends over the adjacent square, which connects the railway station to the Tube. This consists of a funnel-shaped roof in a webbed layout made from steel tubes, creating almost a soft umbrella protecting the entire concourse.
The large, airy structure is made up of five pairs of V-shaped columns which are placed close together and aligned with the existing station wall. Each beam of the five columns, in turn, flows into the corresponding column located on the other side of the concourse. In addition to these, the structure includes rows of parallel beams which rest on two large, symmetrical box-section arches, running parallel to the façade of the station. And thus, fifteen semicircular pillars now stand majestically around the square.
It should be noted that each of these has four struts which improve the roof’s ability to bear its own weight. They achieve this by working together with a perfect fit, as they have the ideal shape to flow smoothly into the roof, entirely uninterrupted.
It is also worth mentioning that this structure has three unusual features. The first is that the spreader beams outside of the webbed fan have a rectangular cross-section, making them easier to produce as there is no need to calender the tubes, which would result in an unpleasant segmentation of the curve of the arch. The second is that every single structural element is welded to the others, with no mechanical joints required. The third is that in order to ensure that the umbrella-shaped webbed effect remained homogeneous and effective, the architects welded the secondary stiffening beams to the tops of the coffers, which are the starting point for the interweaving of the main beams. This also improves the overall performance of the structure and, as they have a rectangular cross-section, the chiaroscuro effect of the main structure is not diminished, instead standing out with a delicate presence.
The vast roof covering, meanwhile, is prefabricated and consists of flat triangles, thus making for an imperceptibly faceted shell which is only partly glazed, as most of the surface area uses a different, opaque covering material. 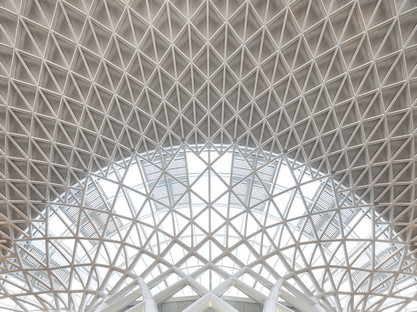 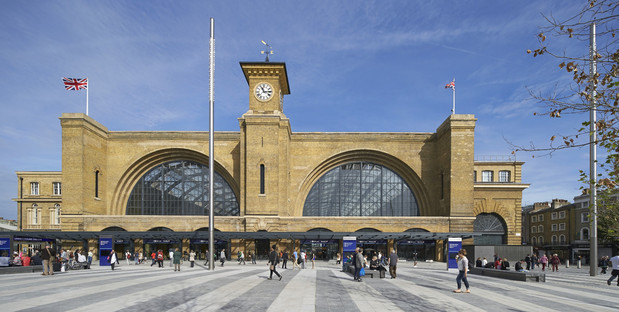 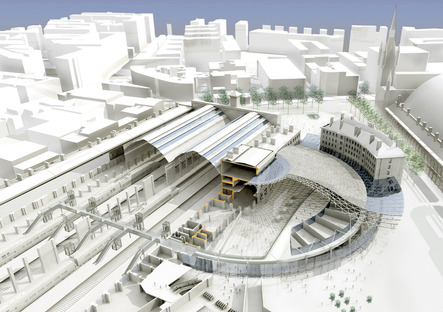 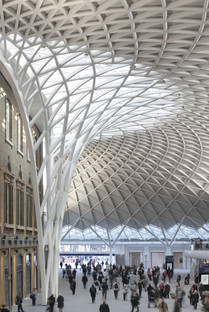 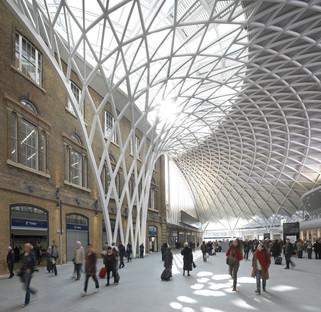 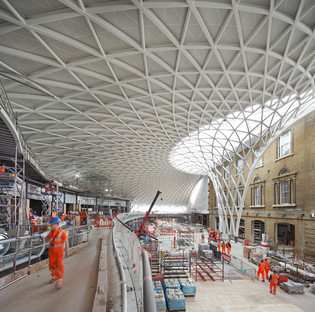 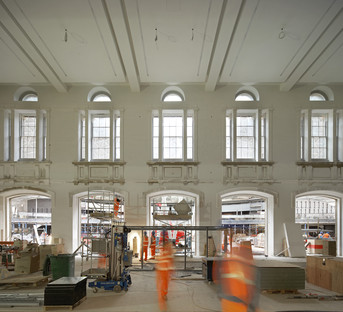 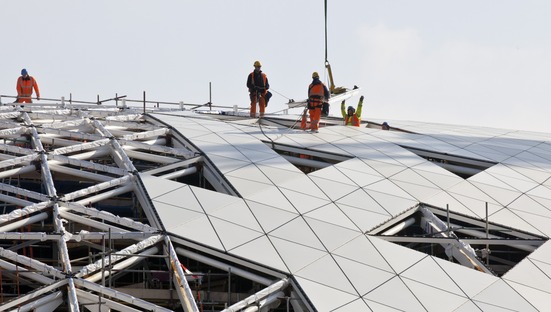 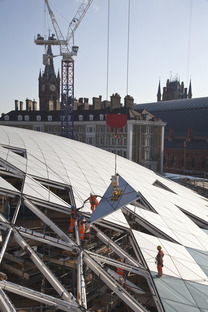 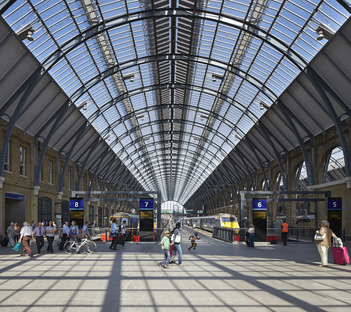