A library with a futuristic look in Vennesla, Norway, made entirely out of glue-laminated timber. 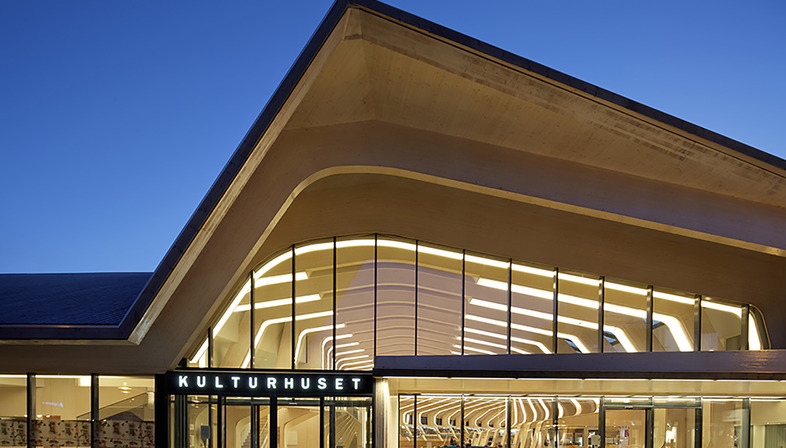 Helen & Hard architects’ new library made entirely out of glue-laminated timber fits between two existing buildings in Vennesla, Norway.
The small town of Vennesla has a new library building which serves as an architectural link between the existing auditorium and vocational school.
The brief was for a building that would invite people to come inside, and the architects succeeded in the task with a large glass façade that successfully reveals the large space inside the building when seen from outside and a form like something out of science fiction.
The architects used a fluid, dynamic design, so that the project as a whole literally flows between the two existing volumes, with its 27 glulam beams connected by invisible joints and multi-faceted wrapper enriched by vertical strips, a total of 450m3 of timber: the only material used to make all the building’s components.
Moreover, the beam-pillar structural combination is skilfully paired with a box, also made of timber, produced using CNC technology that effectively increases its volume. All this makes the beams much more powerful than they would have appeared if they had preserved their original slender proportions. The architects use this structural box to add technological and lighting infrastructure, running along the intrados of the beams to underline their design and give them a futuristic look. This design choice is underlined by the bookshelves, alternately transformed into built-in chairs, boldly connected to the foot of the pillars in a fluid, provocative design that gives the construction as a whole a very modern appearance.
Timber also appears in other structural parts, such as the staircase, the elevator shaft, the façade and the roof, all demonstrating skilful use of this building material both inside and outside this unique building. 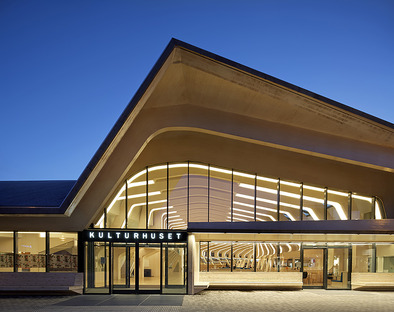 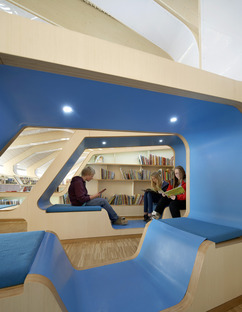 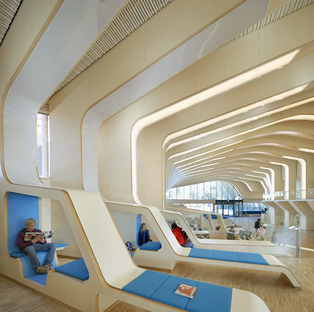 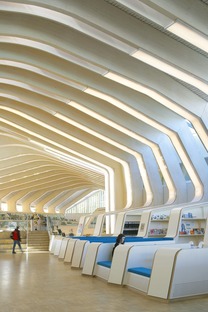 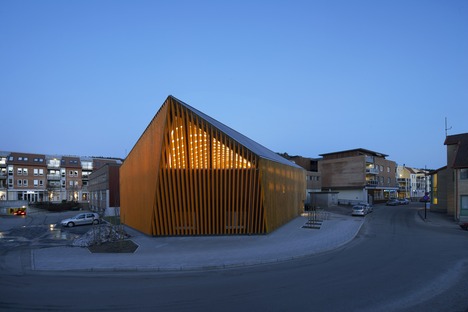 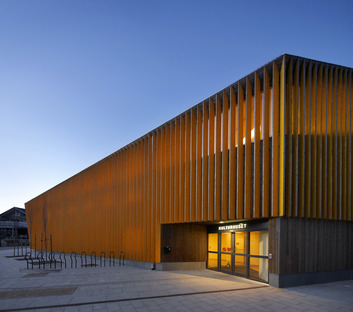 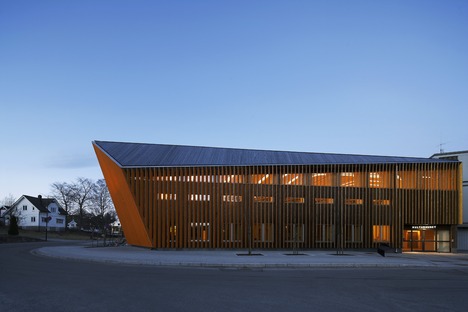 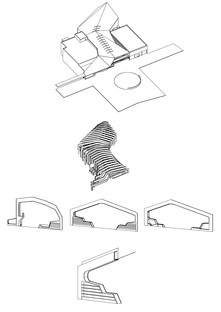 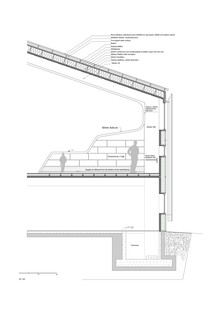 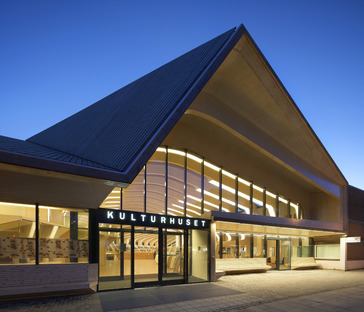 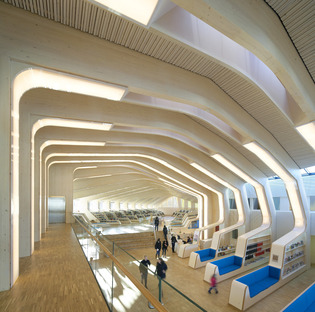 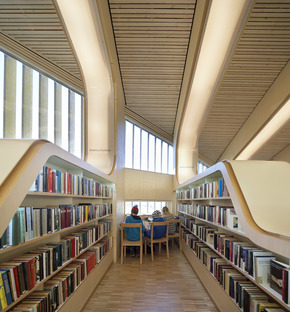 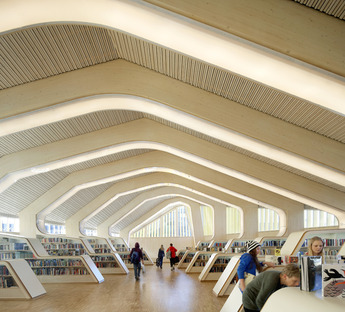 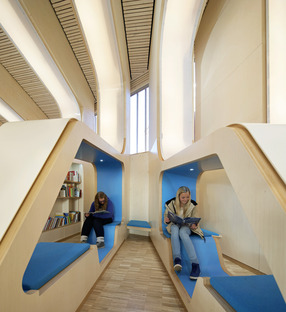