In Lyon, the Musée des Confluences is a complex deconstructivist building with interesting innovative structural and bio-climatic features. 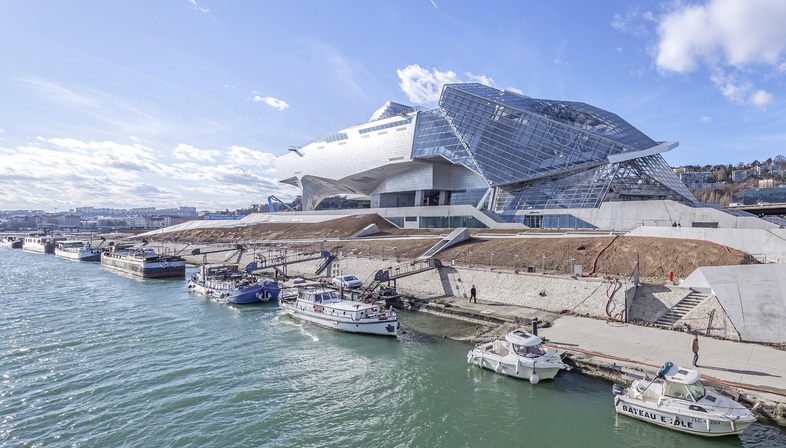 In the Musée des Confluences, in Lyon, three complex volumes boldly interact, only united by the blend of three different materials: steel, glass and concrete,
This innovative museum, designed by architects Coop Himmelb(l)au, is a set of levels and volumes that are worth exploring, both on the outside and the inside. The composition on which the entire building is based consists of three elements.
The first, named the Zoccolo (or Base), on basement level, contains the service and parking areas and is made entirely using smooth, well-finished, exposed concrete. The second, known as the Nuvola (or Cloud), has a steel frame and covering. Finally, the third one, which completes the architectural work, is known as the Cristallo (Crystal) and is composed of glass and steel surfaces. These last two in particular naturally form the beating heart of the whole museum, which stands tall with a futurist air at the point where the Saône and the Rhône meet, endowing the large windows in the foyer with some unrivaled views.
The Nuvola, with both frame and facade made entirely of steel, dialogs with the water beneath it and the sky above, which are reflected in the stainless steel panels. Instead, the Crystal has innovative structural features, with the load-bearing and non-bearing elements interacting statically. This way, the weights at the foot of the foundation are better distributed, improving the overall characteristics of the structure. And they do this by way of the box profiles measuring 200x300mm that hold the large panes of glass positioned on the walls and the roof. A design expedient that facilitates the work of the internal skeleton, making it more lightweight and elastic and so yielding a better static performance.
It is worth mentioning that there is no climate control system in the entire exhibition area, which instead exploits the currents of air created by the loggia underneath. It has a micro-climate generated by the basins of river waters, positioned appropriately in order to achieve this purpose. Only the offices are equipped with a micro climate control system, meaning that annual energy consumption is extremely low. Besides, part of the energy needed to service the museum is generated by the solar panels on the roof. 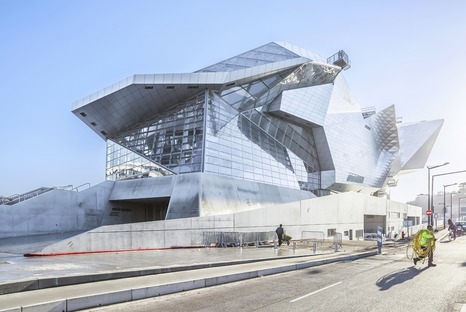 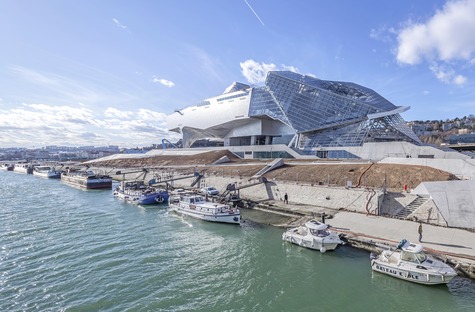 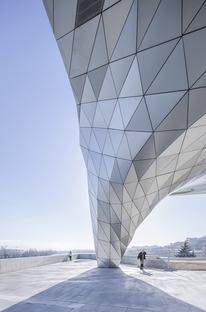 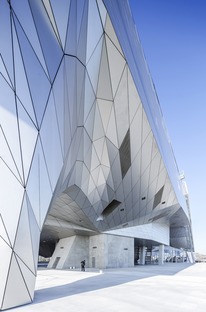 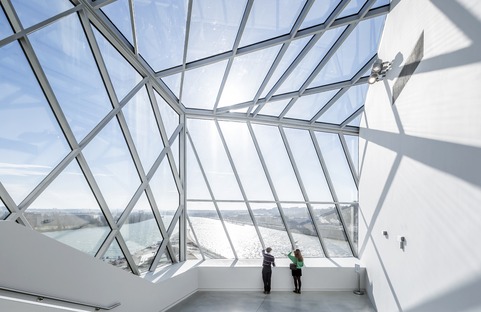 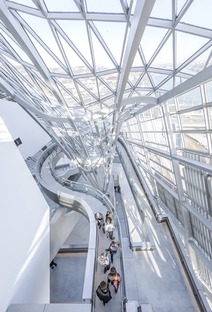 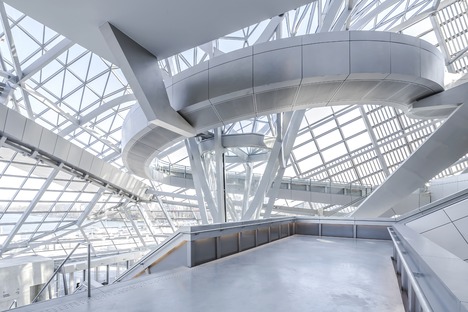 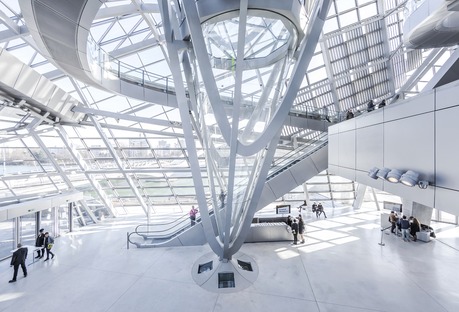 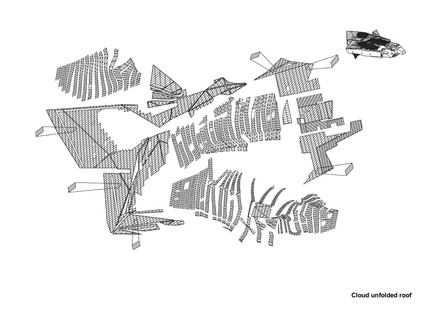 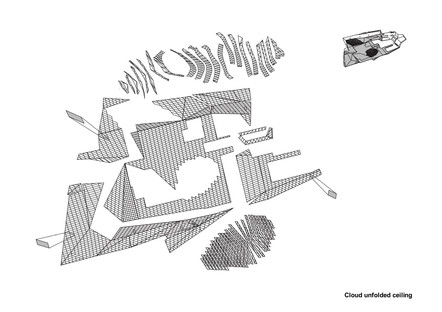 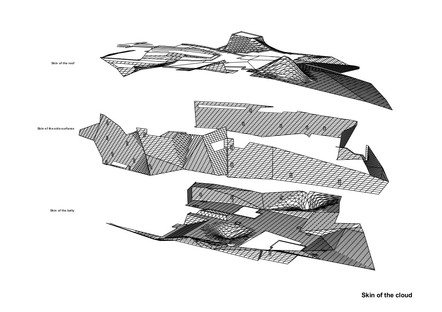 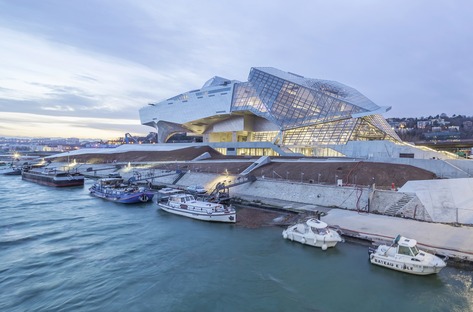 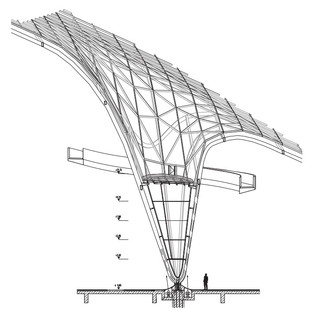 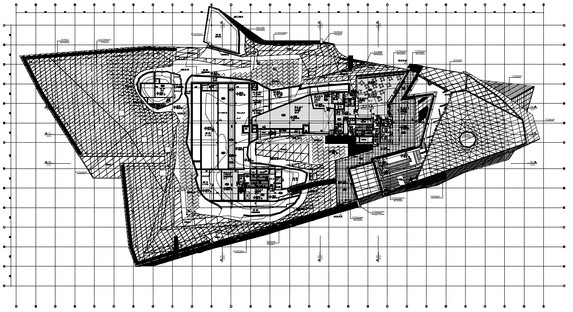 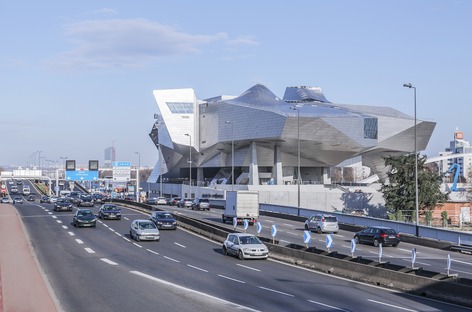 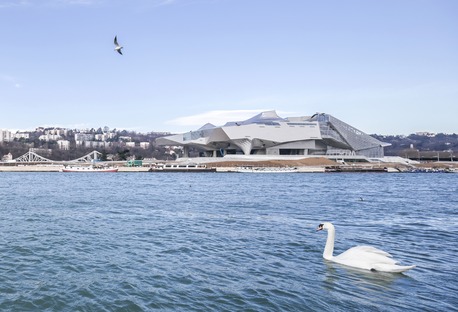 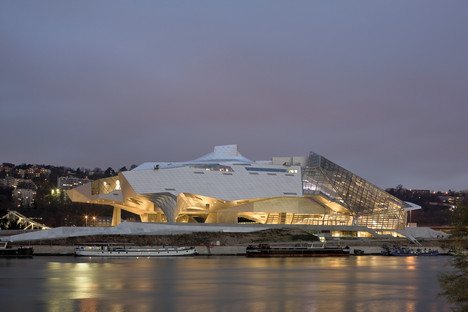 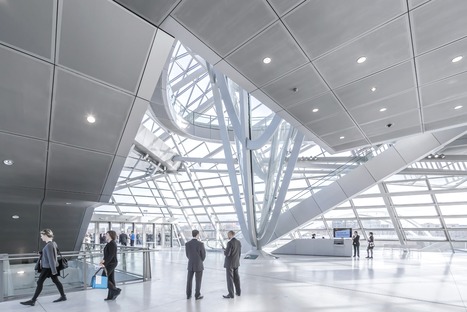 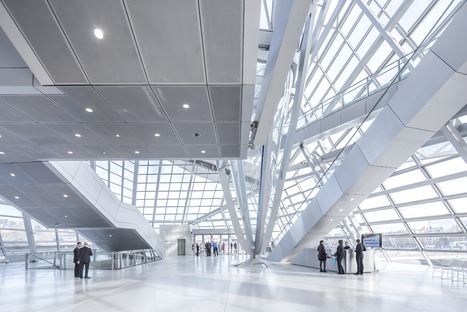 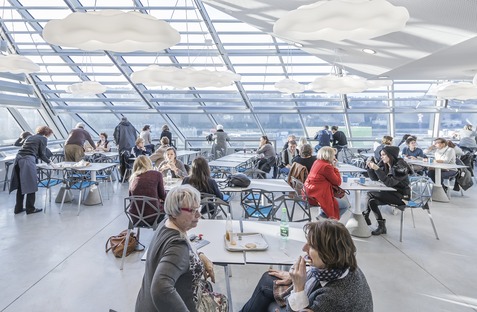 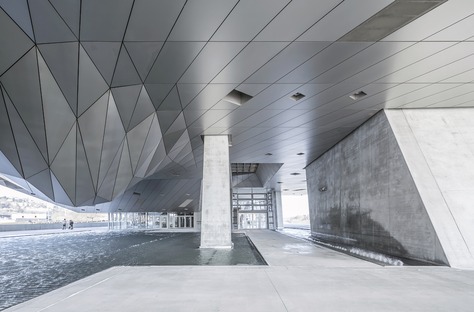