Irony is the key to interpretation of the design of L'Astemia Pentita (“The Penitent Teetotaller”), a winery designed by architect Gianni Arnaudo amidst the hills of the Barolo district, where some of Italy’s best-known top-quality wines are made. 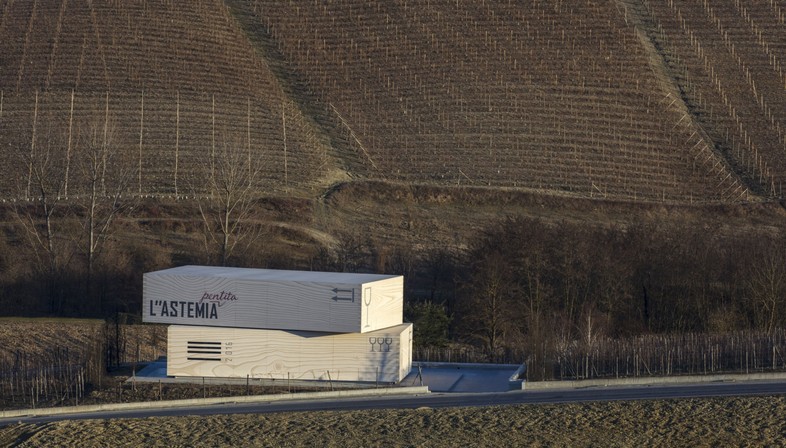 “The world’s first winery in pop style” is how architect Gianni Arnaudo describes his plans for a winery in the hills of the Langa, the district where Barolo, one of Italy’s best-known top-quality wines, is made. The project was recently selected for publication in the second edition of the volume “i 100 progetti italiani” published by Riccardo Dell’Anna, presented in an event held on May 31 2018 in the Salone d’Onore at the Accademia Nazionale di San Luca in Rome, bringing together 100 contemporary architecture projects which demonstrate respect for the planet earth and represent their surroundings while at the same time introducing change. 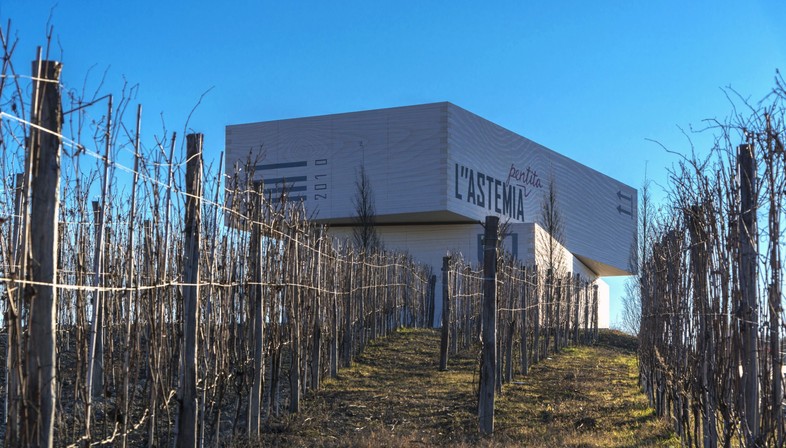 Amidst the long rows of grapevines in the hills of Cannubi, in the very heart of the Barolo district, “L'Astemia Pentita” winery looks like two boxes stacked one on top of the other. It is building that cannot go unnoticed, focusing the observer’s attention, inevitably raising the question whether the architecture, a work of pop art as its name suggests, is not out of place in an area where some of Italy’s best-known wines are made. But what we see from the outside is just the tip of the iceberg, for the volumes visible on the outside measure only about 200 square metres, while the premises where the production process actually takes place cover about 4000 square metres. All stages in wine production take place underground, inside the hill, accessed via a tunnel from nearby Via Alba. The part of the winery visible from outside is the part open to the public, the wine-tasting room. 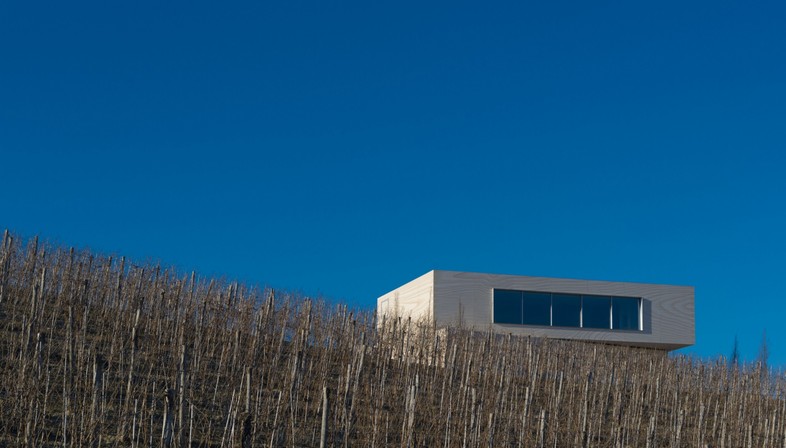 The inspiration for the exterior volumes was drawn from the containers traditionally used to sell bottles of wine shipped all over the world: the architect reproduces every detail of the box on a large scale, from the name of the winery to the vintage, the traditional black arrow symbol used to show which side of the box should be opened, and the glass symbol to indicate it is fragile. Architect Gianni Arnaudo designed the building on the basis of specific considerations, as he reported when discussing the design concept: “[...] conceiving of the building as two stacked boxes [...] reproducing a fragment from the vocabulary of the world of wine; specifically, the final part of the process of preparation for sale, which is packaging, a factor that has become very important in recent years: the container has become more significant than its content. The design draws attention to the contradictions inherent in a production system in which marketing and labelling sometimes prevail over the wine itself (however legendary a wine, as in the case of Barolo)”. 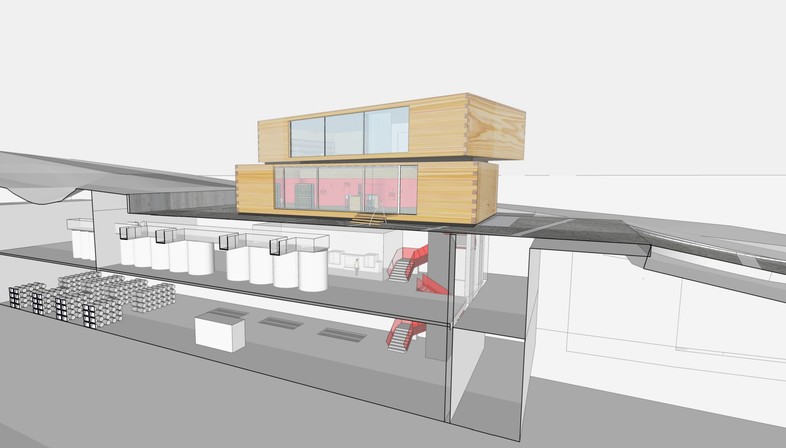 The project represents a criticism of a certain type of marketing and an ethical reference which the architect explains he achieved “through an operation of “zooming in” on the object, in order to use macroscoping as a tool for making an ironic statement about the form of appearance rather than the content of existence. It is a project I call COUNTER-ARCHITECTURE, just as many of my projects are COUNTER-DESIGN.” The project should in fact be viewed as an operation rooted in the architect’s professional heritage, in the context of the architectural vocabulary of his works. 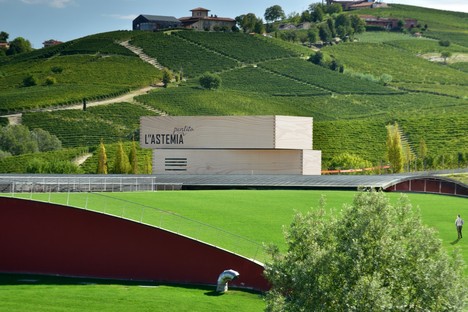 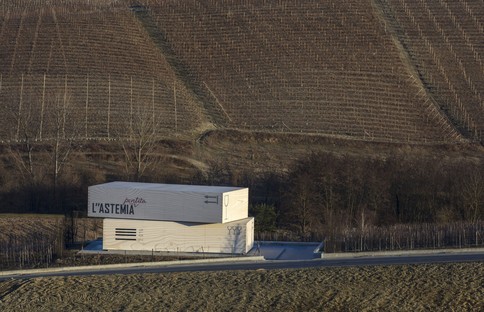 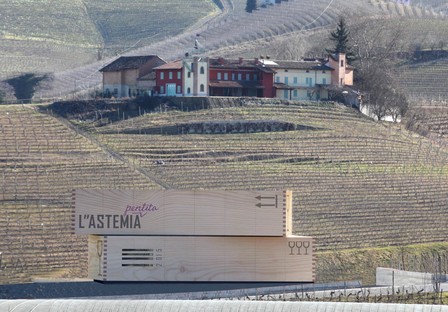 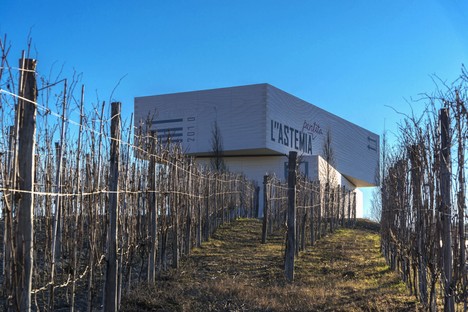 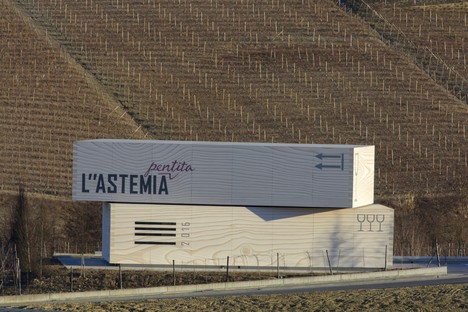 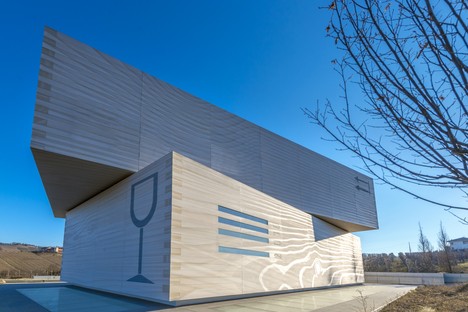 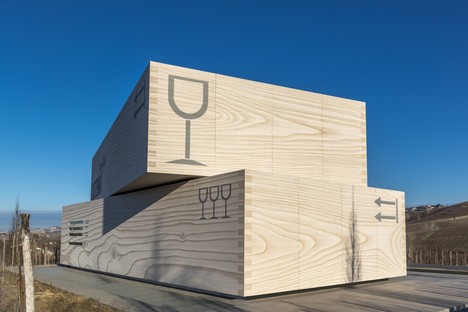 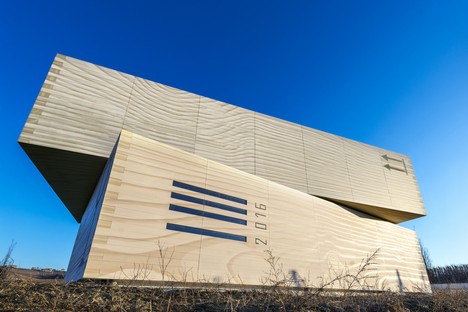 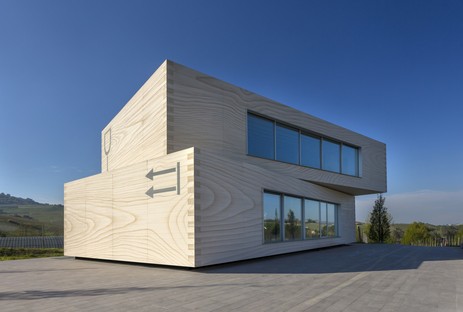 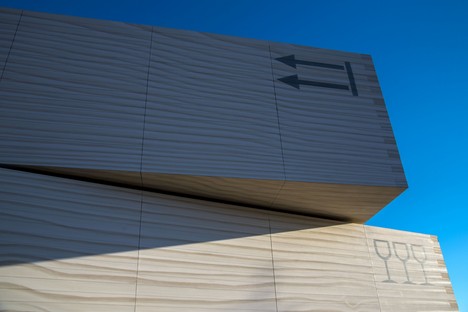 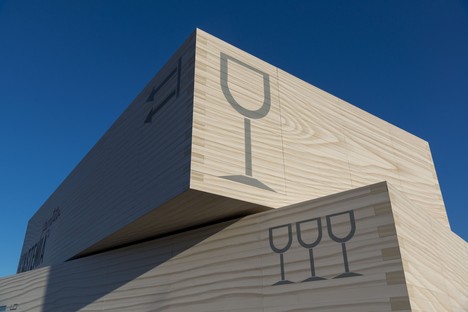 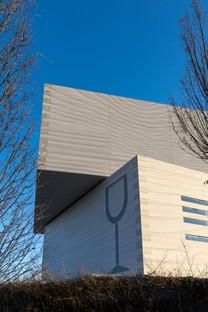 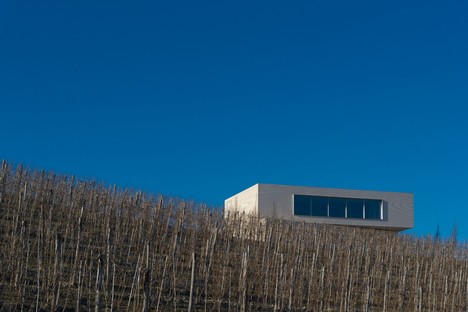 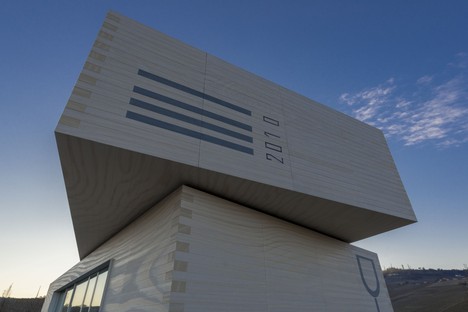 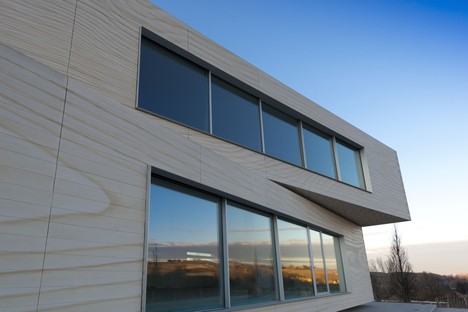 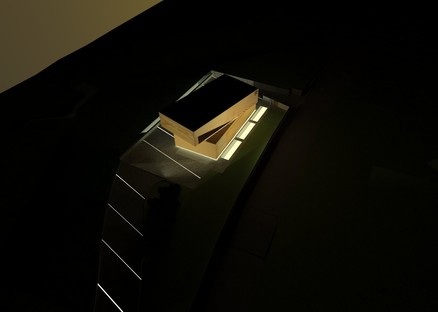 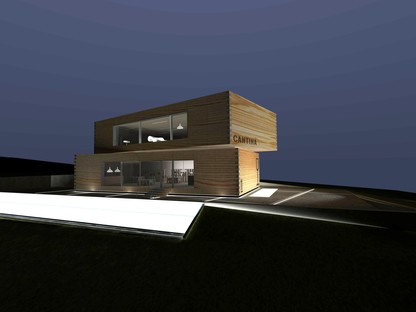 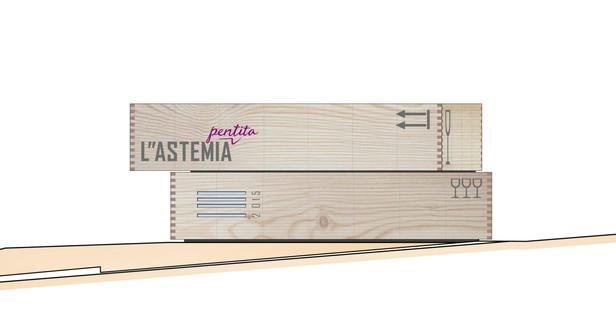 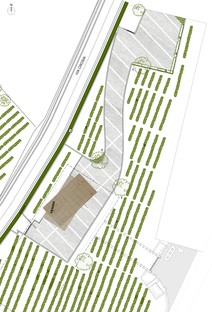