Nemesi Architects has designed the DIG421 project, acronym for Digital Innovation Gate for the 21st Century, a collaborative hub for the Tesisquare IT company. The recently inaugurated project is the first nucleus of a larger masterplan that draws inspiration from the Olivetti model, conceived as an innovative and collaborative contemporary village in close connection with the surrounding landscape, the territory and the local community. 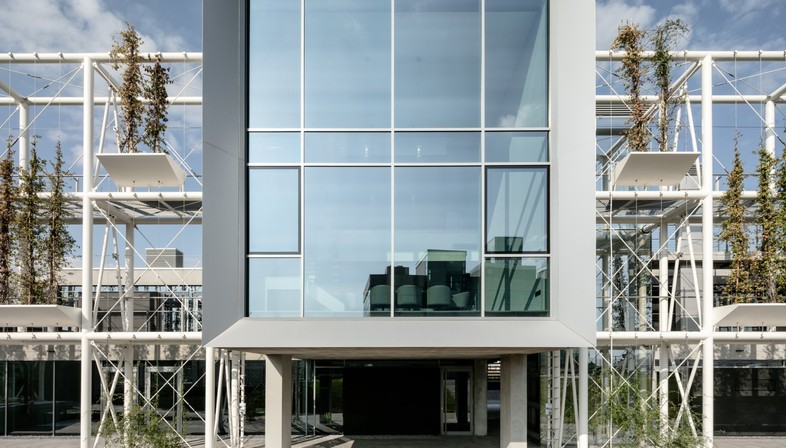 In the province of Cuneo, in Cherasco, a new centre for digital innovation was recently inaugurated: the DIG42 designed by Nemesi Architects. The architecture studio was founded in 1997 by Michele Molè and, since 2008, has been led together with Susanna Tradati, authors of Palazzo Italia for the Expo Milan 2015 and now the headquarters of the Human Technopole research institute. 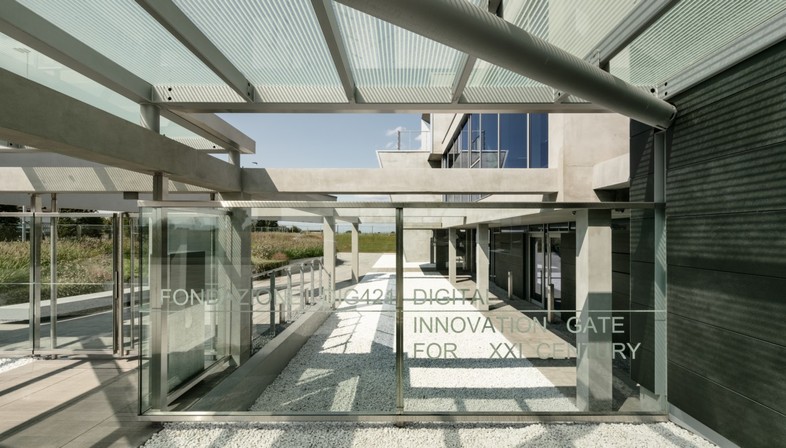 The acronym DIG42 stands for Digital Innovation Gate for the 21st Century , the central core and beating heart of a larger masterplan, also designed by the Nemesi studio, for the Tesisquare IT company specialised in building IT infrastructures used by 25,000 companies in 80 different countries around the world.
Drawing inspiration from the Olivetti model, and with the support of a far-sighted client, the Nemesi studio conceived the new technological campus as an innovative and collaborative contemporary village, in close connection with the surrounding landscape, the territory and the local community. The Tesisquare campus will be the first collaborative Open Innovation complex in Italy’s Piedmont region with a "positive impact" and, in addition to the DIG421, will house the IT company’s new headquarters, expected to be completed in 2024.
Indeed, it is architect Michele Molè from the Nemesi studio who clarifies the concept of a work with a "positive impact". For the architect, this concept refers to "an architecture that urbanizes a territory, creating welfare and identity and in doing so helping to define a community and to spread high-quality".
An architecture therefore able to generate long-term value for the territory to which it belongs and that plays an active role in the requalification and re-weaving of the local context, capable of becoming a community itself. In other words "an urban community open to the territory", as defined by architect Michele Molè. The new technological village will develop around the two main buildings: Tesisquare's headquarters and the DIG421. The two constructions have been conceived as linear modular systems that develop in a north-south direction and integrate into the landscape. For the design concept, architects from the Nemesi studio were inspired by the binary digital language, translating it into architectural elements.
The DIG421 building is an office complex made of concrete, steel and glass, a highly organised and rhythmic sequence of modular volumes that gives life to a façade, characterised by a network of steel tubes, that opens up onto the landscape. Over time the plants will cover the steel tubes to create a scenographic green wall, interpreted as an intermediate element or filter between the architecture and the landscape.
The architecture directly interacts with its context, modelling itself together with the nature and landscape that surrounds it. The campus masterplan is, in fact, based on the continuous alternation of work spaces, informal meeting places, natural green areas or green spaces modelled by architecture such as wings and green roofs. A project that intends to leave a lasting legacy to the territory to which it belongs, generating value for the entire community, and part of a larger masterplan that also includes a park and a cycle-pedestrian path open to citizens, which will connect the innovative digital hub to the nearby town of Brà. 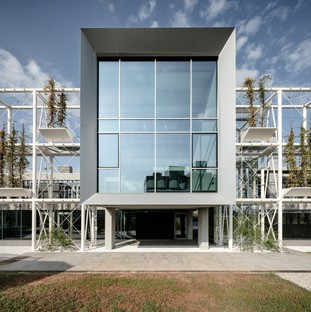 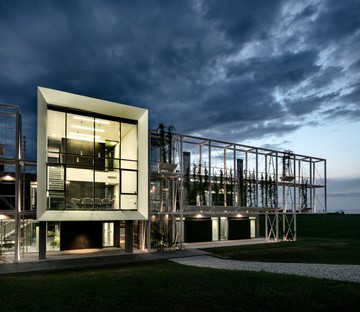 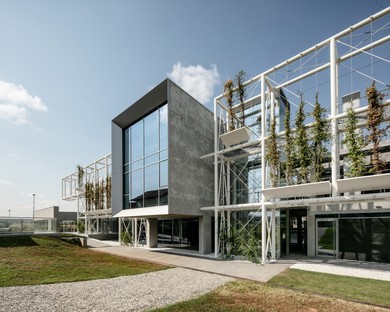 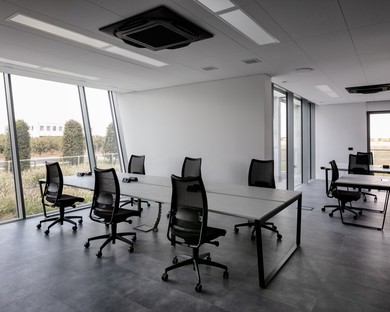 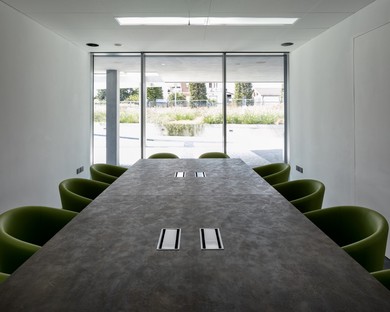 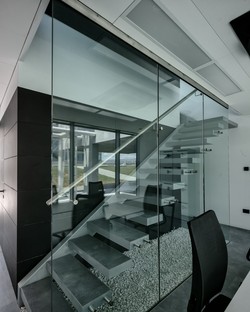 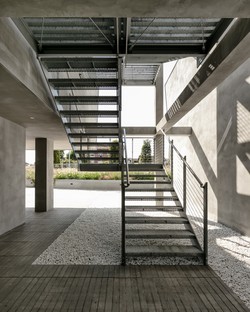 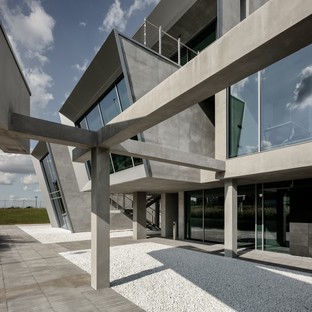 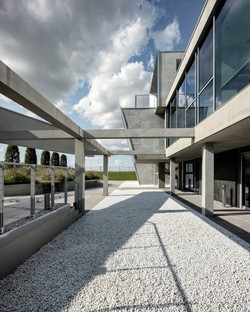 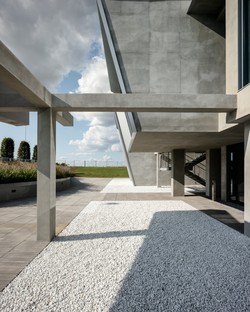 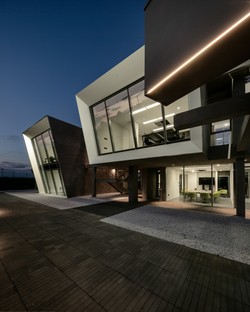 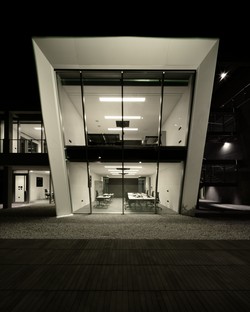