A series of overlapping urban villas, a project representing an innovation with respect to the classic apartment building. V33 is a residential project in Tribeca, NYC, by Archi-Tectonics, which will be featured in the third “episode” of The Architects Series, the new cultural format at SpazioFMGperl'architettura, the Iris Ceramica Group’s gallery in Milan. 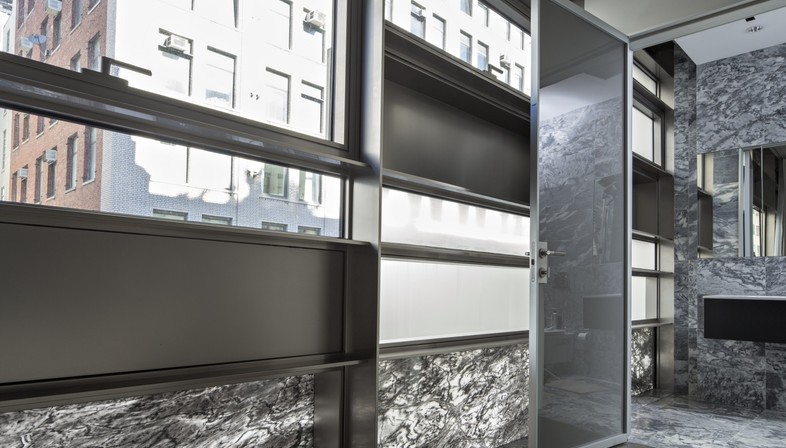 In Tribeca, one of New York’s trendiest neighbourhoods, in southern Manhattan, Archi-Tectonics designed V33, a building representing an innovation with respect to the classic apartment building. The architects worked around the concept of the urban villa, building a complex in which every owner enjoys maximum customisation of space. 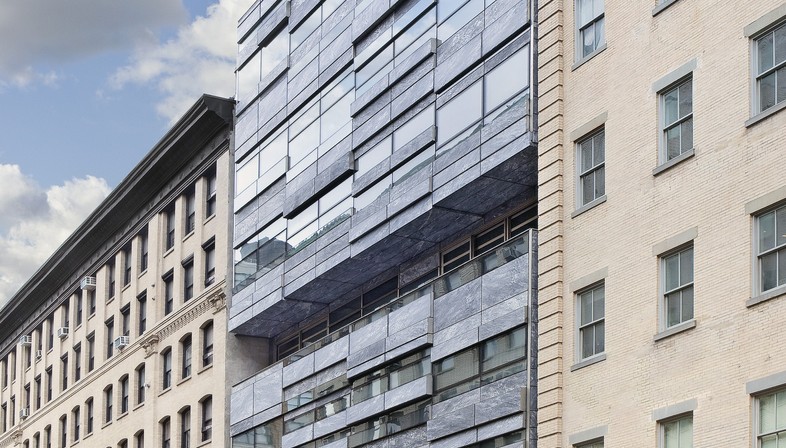 Archi-Tectonics, a New York architectural studio founded by Winka Dubbeldam in 1994, will be featured in the third event in The Architects Series, a new cultural event format organised by The Plan magazine for SpazioFMGperl'architettura, Iris Ceramica Group brands Iris Ceramica and FMG Fabbrica Marmi Graniti’s gallery and showroom in Milan.
We look forward to finding out what goes on behind the scenes in the studio, how the architects work and the new projects they have underway, but in the meantime, let us present a particularly interesting project they recently completed. The architects of Archi-Tectonics brought a new approach to a consolidated type of residential building, a multi-storey building containing modular apartment units repeated on each floor, coming up with a sort of “urban villa”. The apartments designed by Archi-Tectonics are individually planned and designed with constant control of the overall layout to restore the vision of a unitary building. 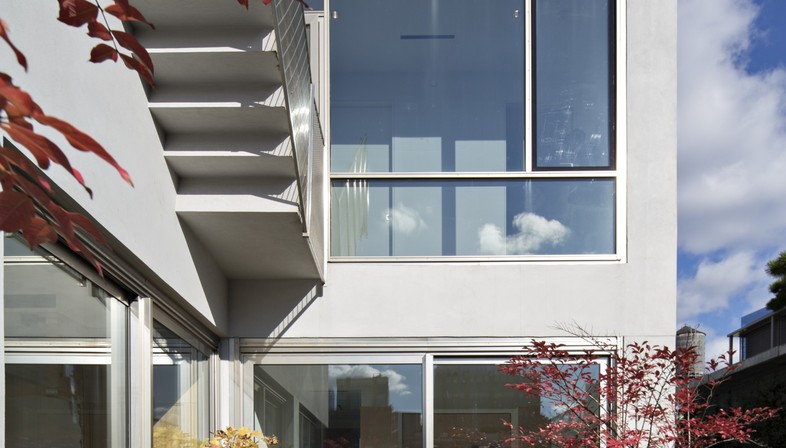 The details of the building are perfect for this eclectic neighbourhood. Tribeca, which stands for Triangle Below Canal Street, was for many years an industrial district full of warehouses. In the 70s the old warehouses began to be converted into homes and the neighbourhood took on a new identity. It has become more and more popular ever since, and Tribeca is now very trendy; a number of Hollywood stars and world-famous musicians now live in the area. To fit the new building into the existing lot and this eclectic context of old warehouses, homes, shops and art galleries, the architects chose to work on two levels, using different design solutions on each of the two façades. The side facing the road, the northern façade, is a composition made up of tripartite glossy and matt stone and clear and frosted glass modules. The differences in the finishes permit effects of light and colour that change over the course of the day depending on the angle of the sun’s rays, giving the building a dynamic face.
To the south, on the other hand, the façade is a three-dimensional composition created out of the aggregation of overhanging volumes of different apartments, overlooking a little garden. Different façade solutions correspond to different rooms, so that, for example, the rooms on the southern side are larger, with ceilings of double height, while lower ceilings align the northern side with the strip windows on the wall. 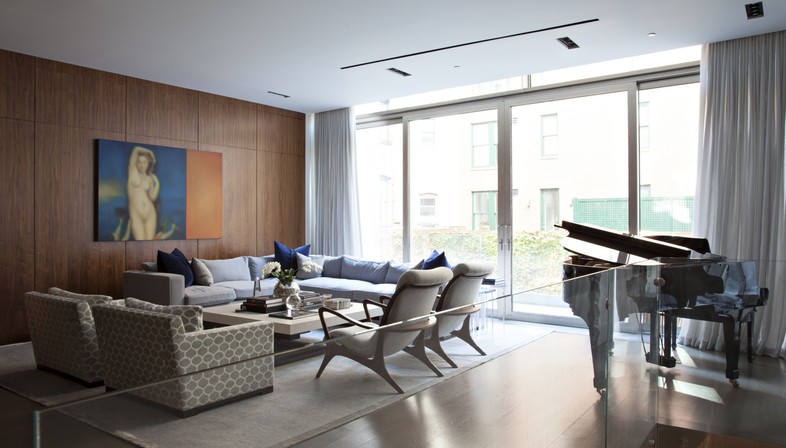 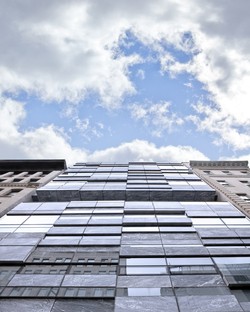 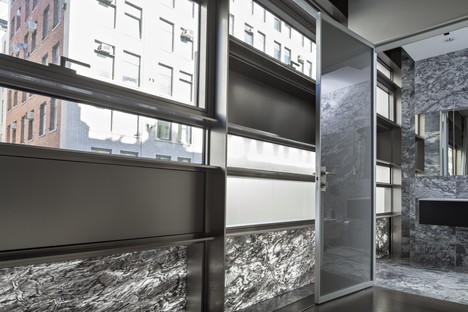 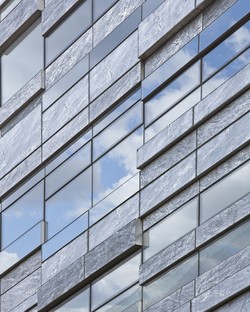 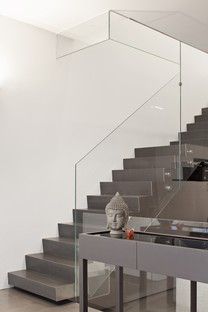 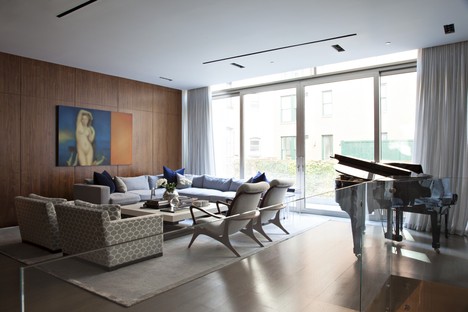 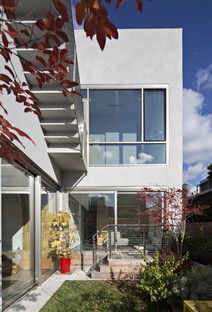 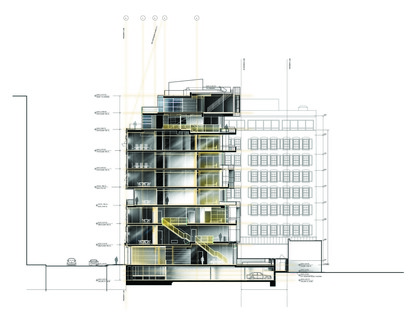