At Milano Design Week Italian designer Andrea Ponti presents an installation composed of 8 chairs, a description of the Hong Kong cityscape using windows as a metaphor. 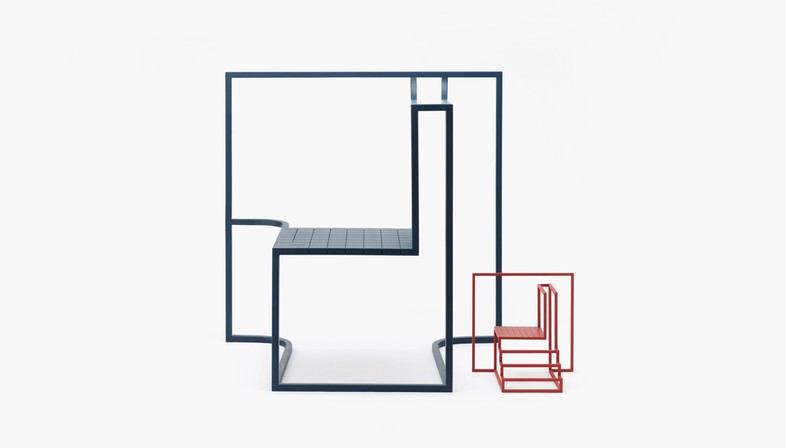 In our collective consciousness, densely populated cities are represented as a series of buildings with windows that are all the same, impersonal little rectangles or squares following one upon another more or less regularly on different walls. In the installation Shadows in the Windows, built for Milano Design Week 2017, designer Andrea Ponti starts with this image and develops it, because every window, however standardised and impersonal, conceals within it the unique personal stories of individuals and families. 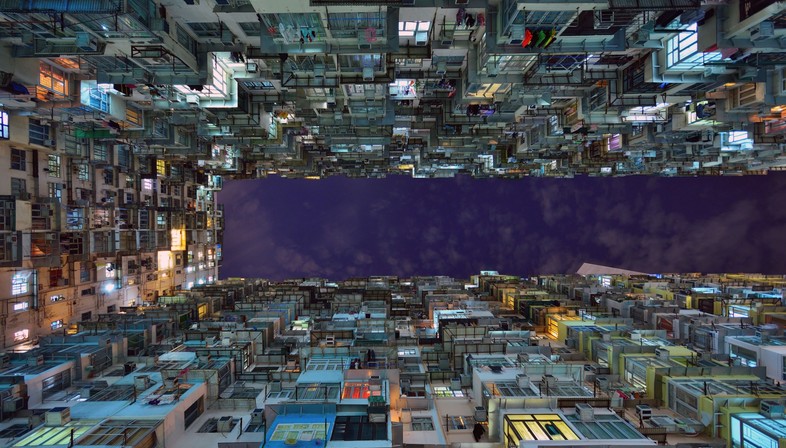 Andrea Ponti uses the metaphor of the window to describe the Hong Kong cityscape in Shadows in the Windows, “in which a repetitive, syncopated sequences of windows on the walls of buildings creates a unique urban scenario alternating full and empty spaces, lights and shadows, textures and colours” (Andrea Ponti). The installation is composed of 8 steel and ABS chairs sharing a bold graphic sign: a square frame and an archetypal chair shape, representing a window with the shadow of a chair cast on it. Sharing the same graphic symbol, the 8 chairs are developed separately in different ways. The idiom chosen by designer Andrea Ponti is intentionally abstract, conceptual and minimalist, and the installation becomes an expression of the relationship between the individual, the product and the urban landscape. During Salone del Mobile in Milan, Sky Arte’s De.Sign programme will broadcast an interview in which the designer discusses his career, from his studies at Politecnico di Milano to his experience working in Japan and then Hong Kong, where he opened a studio specialising in Product and Industrial Design in 2013. 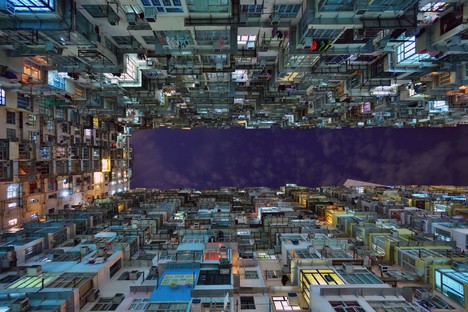 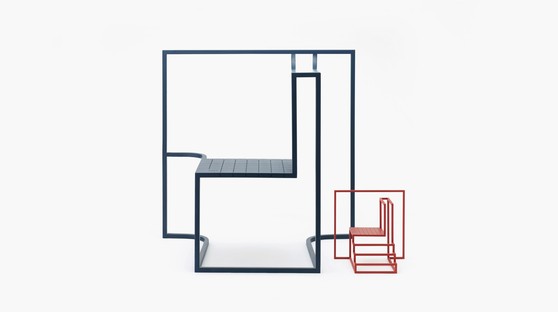 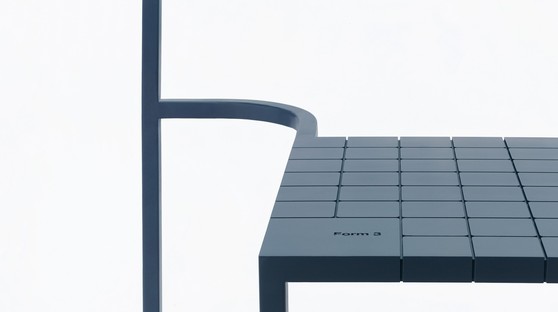 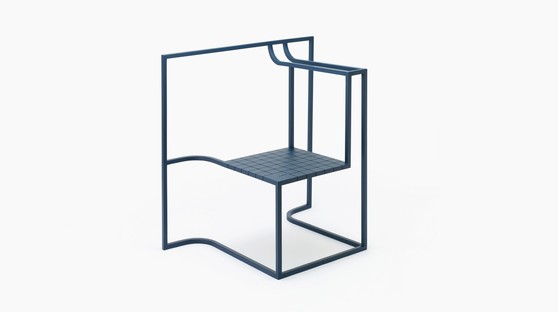 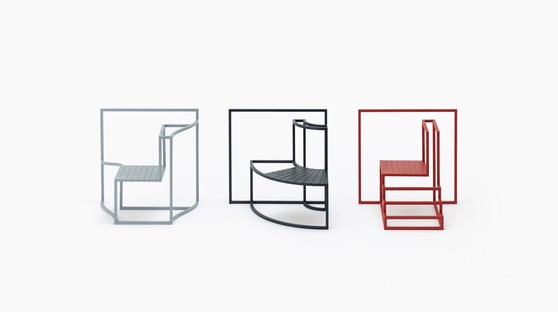 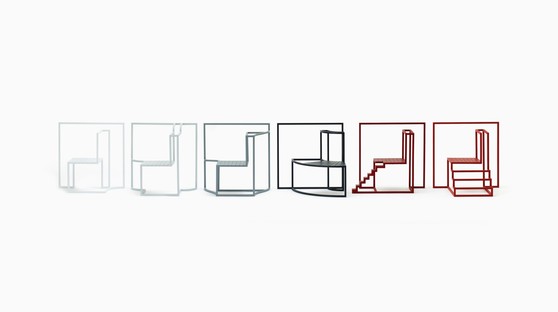 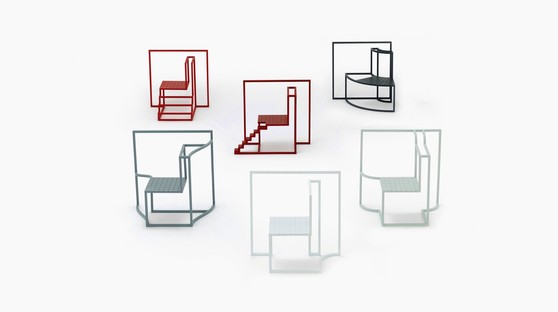 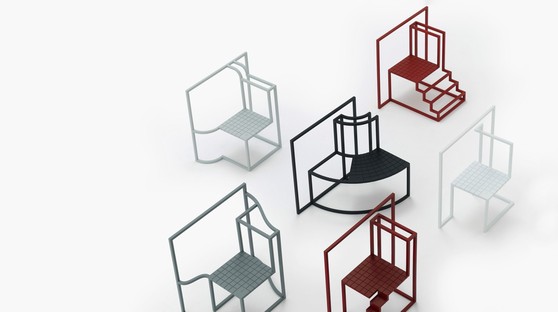 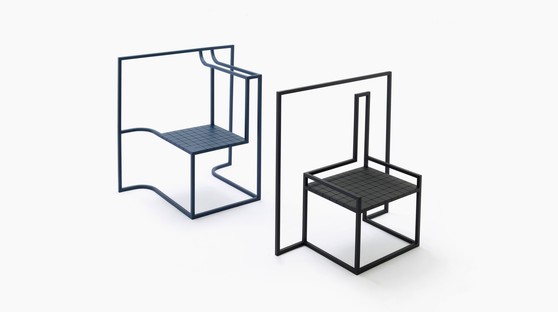 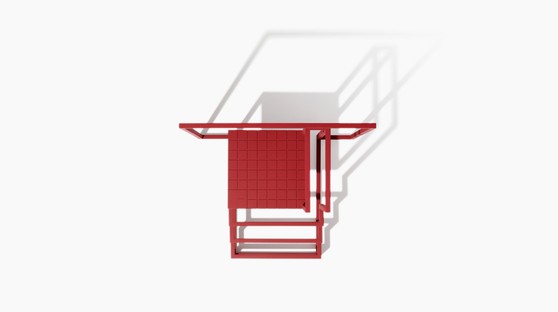