"Beauty, science and art will always triumph": words written by Christo in a letter back in 1958, but which today remain as the most important legacy that the artist has left to the world through his unique works. A press release issued by Christo's press office on his official Facebook page, sadly communicated to the world that on May 31, 2020 the artist died of natural causes in his New York home, at the age of 84.

"Christo lived his life to the fullest, not only dreaming up what seemed impossible but realizing it. Christo and Jeanne-Claude's artwork brought people together in shared experiences across the globe, and their work lives on in our hearts and memories." With these passionate words Christo’s press office sadly communicated to the world on his official Facebook page that on May 31, 2020 the artist died of natural causes in his New York home, at the age of 84. To support the words, a beautiful photograph by Wolfgang Volz, a portrait of the artist in one of his latest works: "The Floating Piers". An international success with over 1 million visitors over the just 15 days during which the work was exhibited. The work had been created in Italy in 2016, on Lake Iseo. "The Floating Piers" was a pedestrian path composed of 70,000 square metres of iridescent yellow fabric supported by a series of modular piers 16 metres wide and 50 cm high, with sloping edges, made out of 200,000 high density polyethylene cubes. A temporary installation that allowed visitors to seemingly “walk on water”, offering a new point of view and an unusual perspective over the surrounding panorama, playing with that characteristic estrangement of the landscape” shared by many of the couple's works. 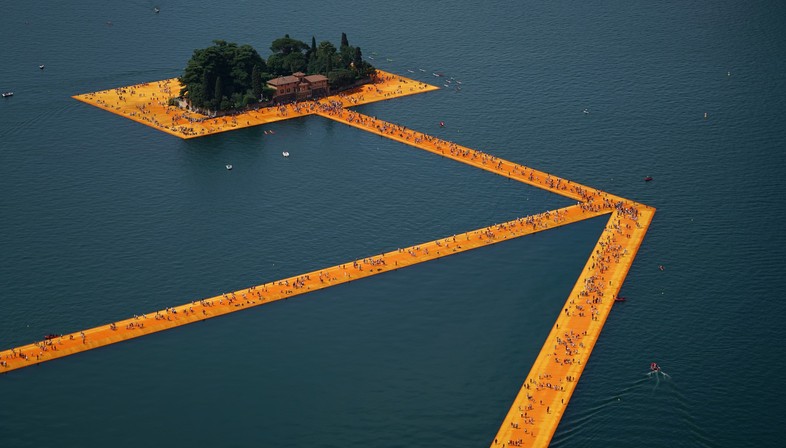 Christo Vladimirov Javacheff, known to the world as Christo, was born on June 13, 1935 in Gabrovo, Bulgaria. In 1957 the artist left Bulgaria first for Prague, then for Vienna, to finally settle in Geneva, in Switzerland. Christo met Jeanne-Claude Denat de Guillebon in 1958 in Paris, who becomes his wife and life-long artistic partner. In fact, all the artist's works would bear their signature “Christo and Jeanne-Claude”, including those completed after her death on November 18, 2009. During the 1960s, the couple moved to New York, where Christo lived for 56 years. From the United States, the artists travelled all over the world to create their monumental works, pushing the traditional boundaries of painting, sculpture and architecture both in their large works and in their first wrapped objects. Some of their most important works include: Wrapped Coast, Little Bay in Sydney, Australia (1968-69), Valley Curtain in Colorado (1970-72), Running Fence in California (1972-76), Surrounded Islands in Miami (1980-83), The Pont Neuf Wrapped in Paris (1975-85), The Umbrellas in Japan and in California (1984-91), Wrapped Reichstag in Berlin (1972-95), The Gates in Central Park in New York (1979-2005), The Floating Piers in Italy on Lake Iseo (2014-16) and The London Mastaba on Serpentine Lake in London (2016-18).

The artist's last temporary work titled L'Arc de Triomphe, Wrapped (Project for Paris, Place de l'Étoile) had been scheduled for autumn 2020, but was postponed by a year by the Centre des Monuments Nationaux and the Centre Pompidou in Paris because of the ongoing pandemic. The exhibition dedicated to couple's works titledChristo and Jeanne-Claude. Paris!, originally set to open in March 2020, again at the Centre Georges Pompidou, has also been rescheduled and is set to take place from July 1 to October 19, 2020. Christo's death will not stop L'Arc de Triomphe, Wrapped, which will now open its doors from September 18 to October 3 2021, as the artists wanted their works in progress to continue even after their death and we would very much like to imagine them as in this photo by Wolfgang Volz, together again and in search for new sites for their original creations.

Images courtesy of Christo and Jeanne-Claude 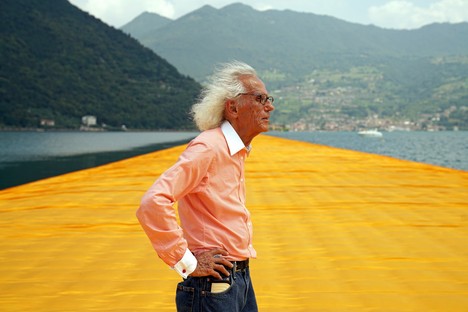 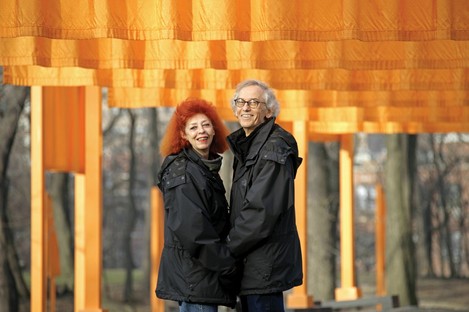 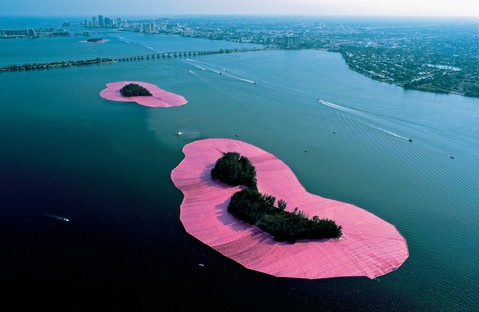 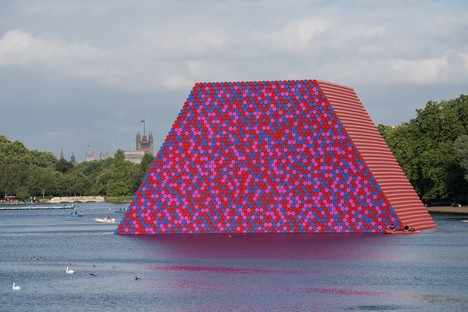 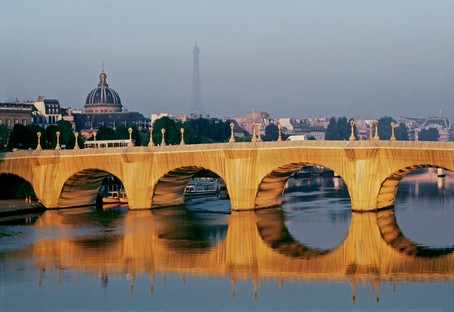 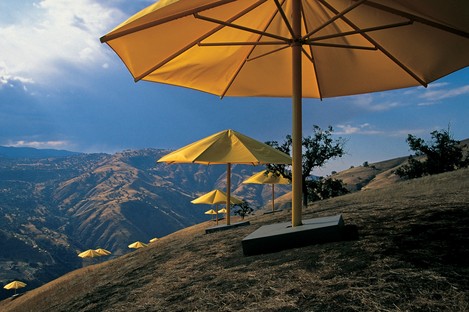 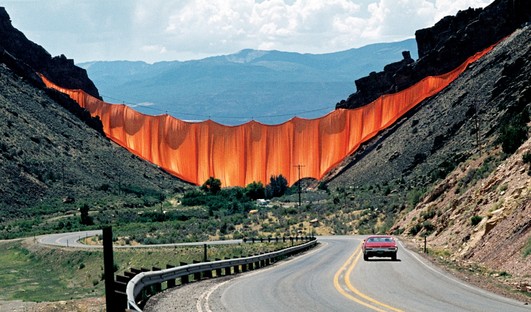 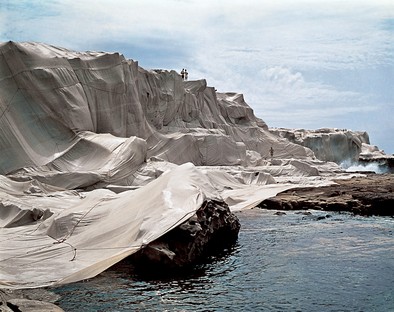 Architecture, Art and Landscape to promote an area’s culture