Architecture, Art and Landscape to promote an area’s culture

Architecture, art and landscape are the essential elements for the cultural promotion of an area through site-specific installations created in Italy, from the Dolomites to the Abruzzo National Park and the Valle d’Itria. Remaining in the Puglia region, the H2O association founded by architects and designers Cintya Concari and Roberto Marcatti recently received an award for its long-standing promotion of a concept of sustainable design rooted in respect for and communication of the local cultural identity. 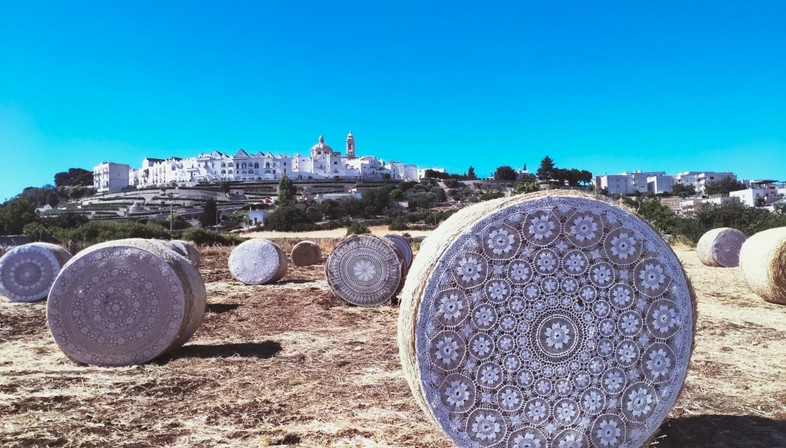 It is in summer that projects that promote and encourage the discovery of an area through site-specific artistic installations enjoy the greatest visibility. These projects involve a fruitful cooperation between far-sighted local authorities, cultural associations and, of course, artists and designers, all working for the common end of restoring cultural identity and value to landscapes and communities. One excellent example is the work of the H2O association, founded by architects and designers Cintya Concari and Roberto Marcatti. This not-for-profit association has been in operation since 2006 in the promotion of a sustainable concept of design that both respects cultural and production autonomies and aids access to water as a universal right and an essential natural resource to be protected. In the last few years, H2O has fulfilled its mission through projects in southern Italy, and especially the Puglia region, which recently earned the association and its founders an award at "La Gratitudine”, the 22nd Edition of the “Mercatino del Gusto” [“Taste Fair”] at Maglie, near Lecce, with the following citation: “Recognizing the dedication, creativity and competence of people whose work and praiseworthy passion helps to promote the cultural identity of Puglia."

Art, architecture and landscape are the foundations of the installations that have attracted large numbers of visitors in various areas of Italy during this year’s hot summer. Remaining in Puglia, and specifically in Valle d’Itria, artist and designer Bernardo Palazzo and the Luzzart - Syncretic Agency APS association created “Firmamento”, a landscape art project that is a homage to the territory and its craft traditions. The site-specific work consists of the installation of huge centerpieces on the bales of hay disseminated across the Valle d’Itria landscape. Resembling outsized Vedic mandalas, the centerpieces are repetitions of simple, ancient motifs that appear to evoke representations of the cosmos. The project, curated by Luca Palazzo, is a diffused artwork, with bales located at various places in Valle d'Itria (Locorotondo, Cisternino, Martina Franca, Polignano a Mare) and additional site-specific works at Cisternino, with “il ponte dei desideri” [“the bridge of wishes”] and at Ostuni, with "il grande Sole” [“the big Sun”].

Moving up the Italian peninsula to the Abruzzo, Lazio and Molise National Park, for the fourth edition of Arteparco the artist Sissi presented the site-specific work Radicorno in the context of the Park’s Ancient Woodland, an ideal setting for generating myths and legends. The artist created a white pottery sculpture about 2 meters high on a large stone already on site. It takes the form of an idealized root which twists on its axis and ends in a tapered tip in symbolic colours, evoking the form of the horn of a mythical unicorn. Overturning the concept of the “wunderkammer”, which contains wonders taken out of their natural context, here the artist has restored an ancestral symbol to nature and the landscape.

The exhibition entitled “Pupille” will be on show in the woods near Cortina d’Ampezzo, along the path leading to Pian de ra Spines, until 3 November. The works, by artists Benni Bosetto, Cuoghi Corsello, Dado and Maurizio Mercuri, are site-specific installations inspired by the heritage of legends and fairy-tales connected to the history of the Dolomites. Benni Bosetto has created an audio installation that emits unaccompanied song into the environment to attract the public’s attention. The Cuoghi Corsello artistic due have produced a set of installations that draw on fairy-tale images and encourage onlookers to immerse themselves in the natural context. The golden tree by Dado (Alessandro Ferri) links the world of fairy-tales to the real world. For his work, Maurizio Mercuri was inspired by the well-known Dolomite phenomenon of the “enrosadira”, when the peaks turn pink, which gradually fades to purple, at dawn and sunset. 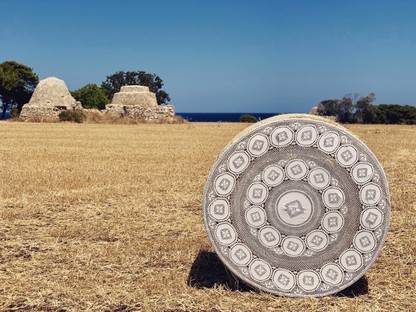 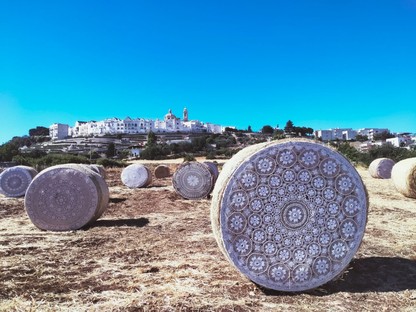 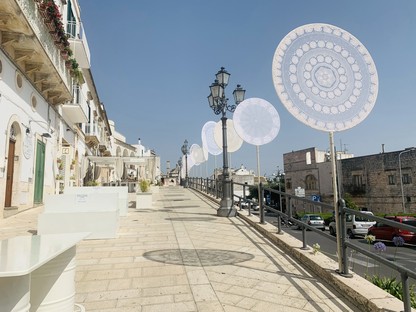 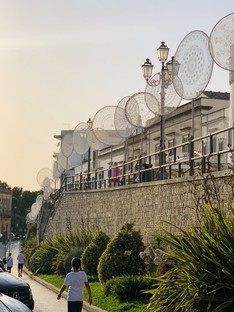 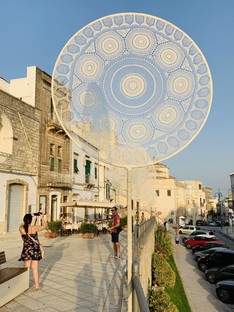 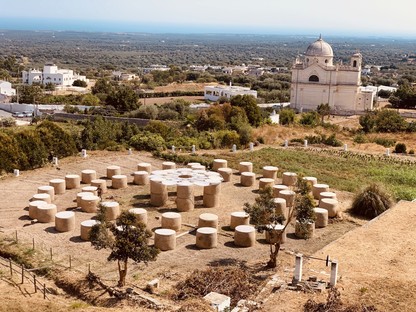 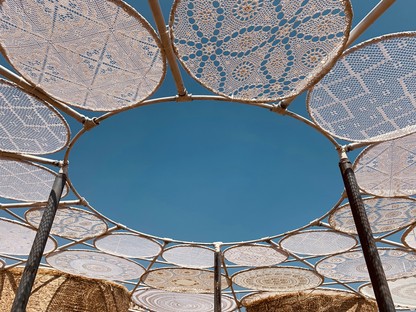 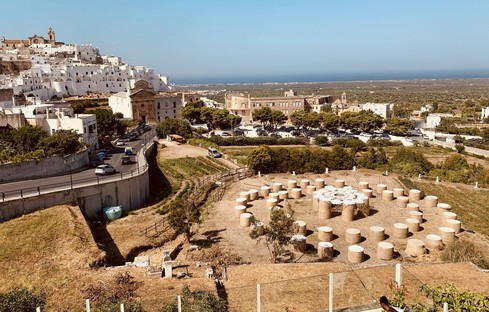 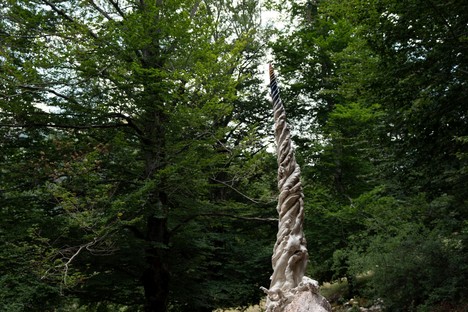 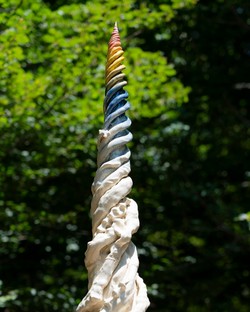 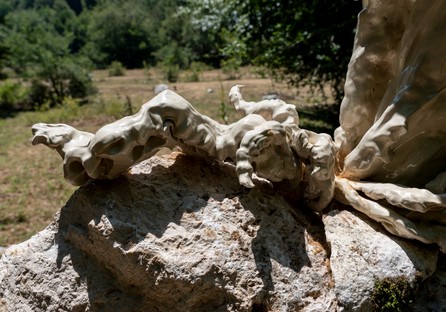 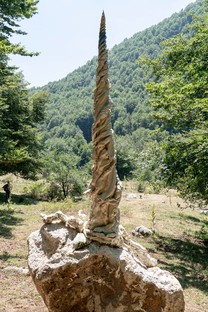 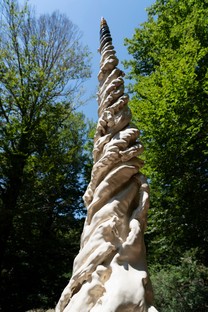 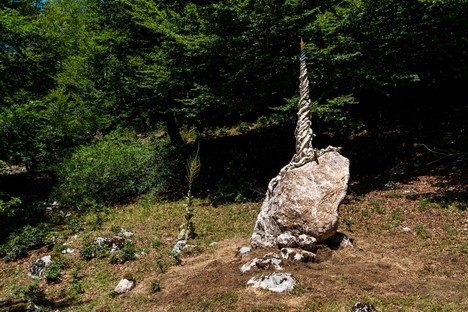 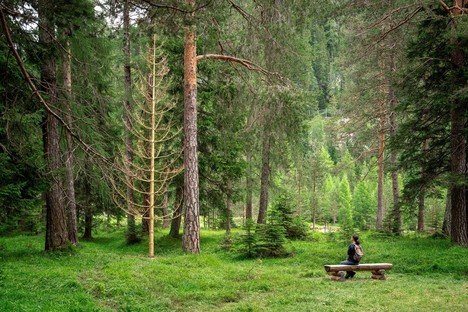 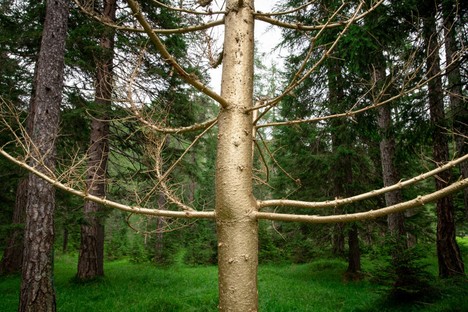 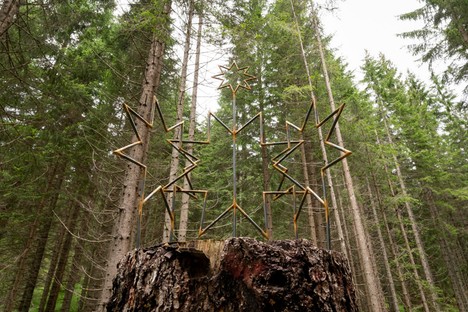 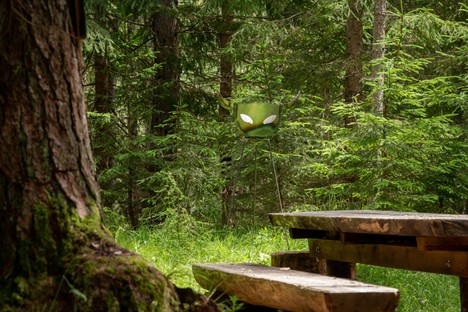 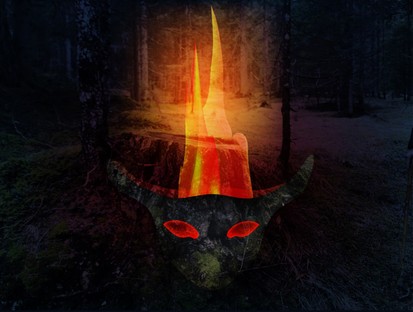 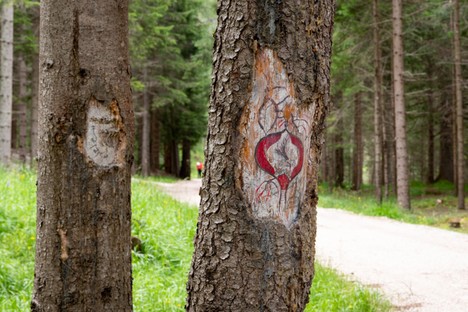 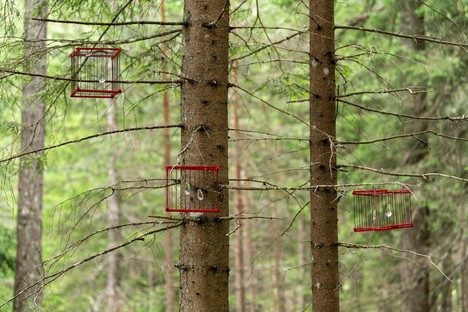 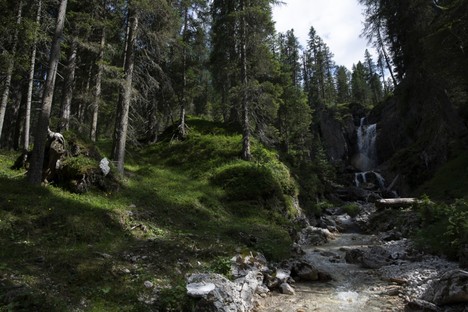 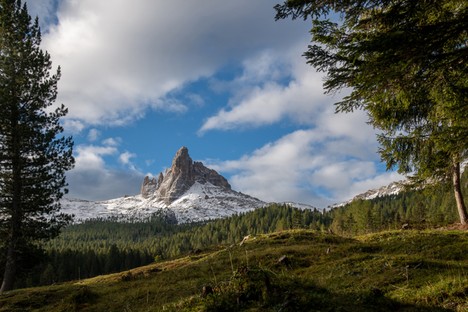